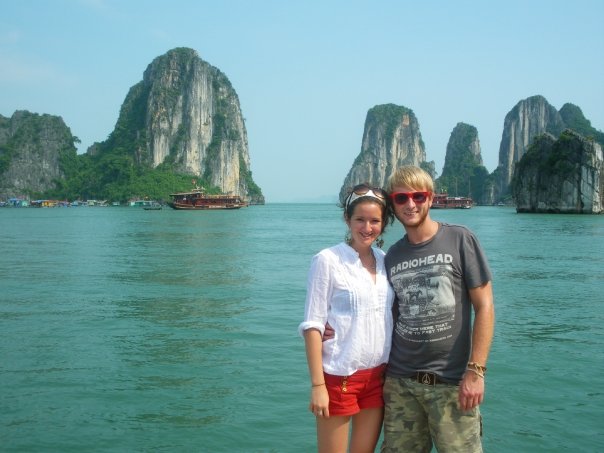 Halong Bay has to be one of the most beautiful places in Vietnam.  We went on a sailing junk boat and this was one of my favourite moments while travelling. To me, the boat looked like a smaller version of an old fashioned pirate ship and we sailed around Halong Bay between the 1,600 little islands.

There were about 8 tables on the boat and it was quite decorative and fancy. Almost as soon as we sat down the staff began bringing us massive plates piled high with seafood. It began with huge juicy prawns, squid rings, a gorgeous whole fish that they quite simple name ‘sea fish’ and there was loads more. After mountains and mountains of seafood they then brought out a plate of french fries for the poor people who didn’t like seafood.

The boat sailed along fairly slowly so it was really relaxing and after our huge meal we sunbathed on the top deck. The water was that amazing turquoise colour that I always thought was Photoshopped when I saw it in pictures, but it really was that colour. Massive rock formations and little islands jutted out of the water and went on for as far as your could see.

We stopped for a few minutes to look at a fish farm which was about as exciting as it sounds and then we sailed a bit further before jumping in for a swim.

We lined up along the top deck and jumped into the turquoise water. I say ‘we’ but I was actually a massive scardy cat and it took me ages to pluck up the courage to jump in. It didn’t help that everyone was waiting and cheering in the water below and when I was wobbling away, clinging to the side of the top deck it seemed as high as the Empire State Building. I finally leapt off and screamed all the way down with the feeling that my insides had fallen out of me. 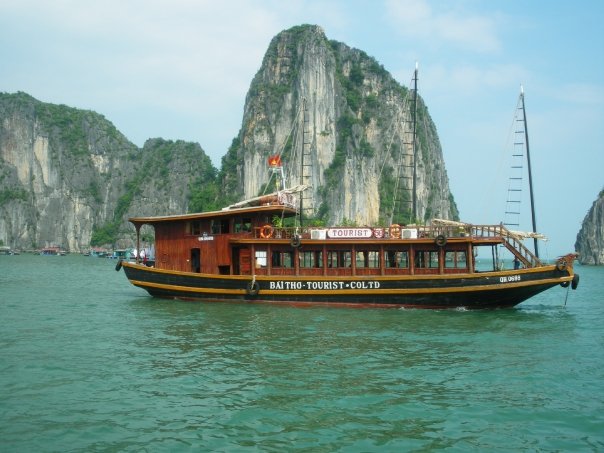 The boat that sailed us around Halong Bay 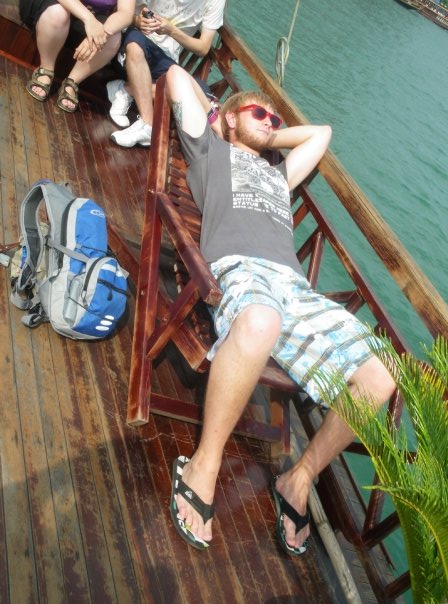 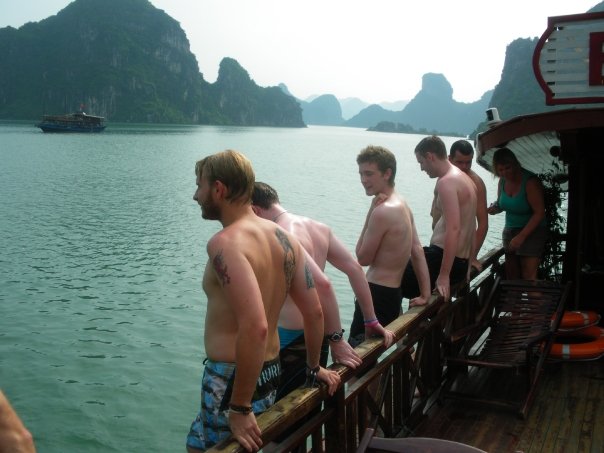 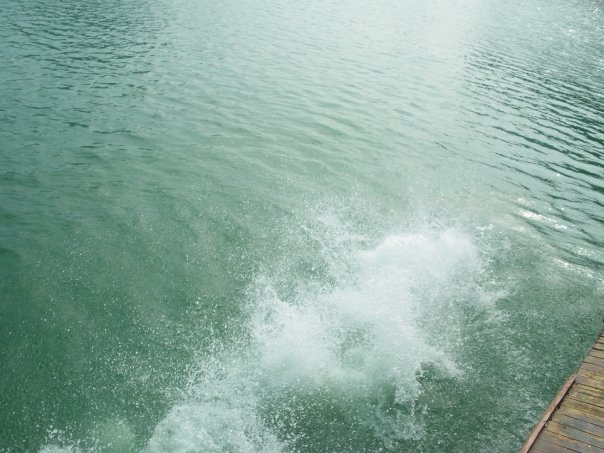 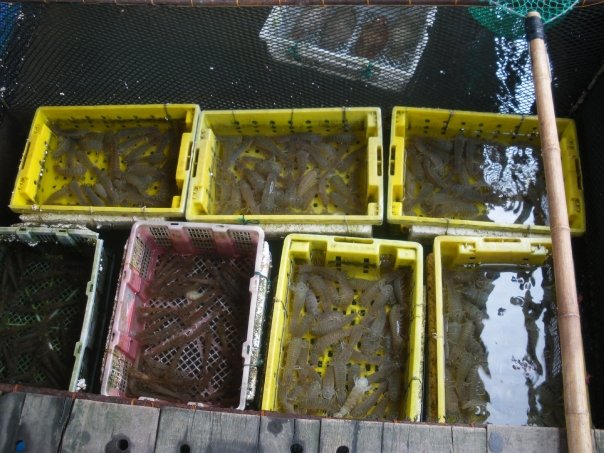 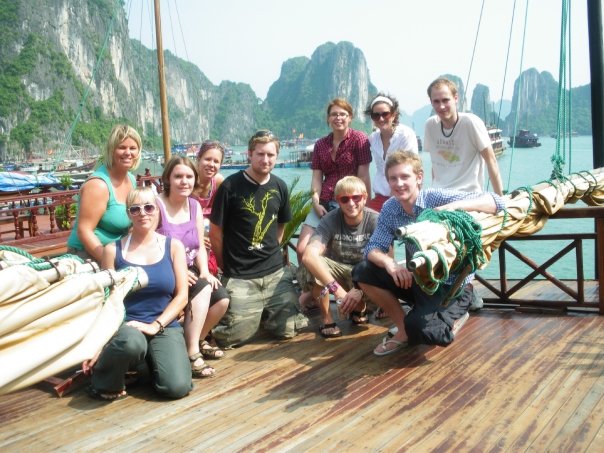