I’d like to introduce you to someone very special. 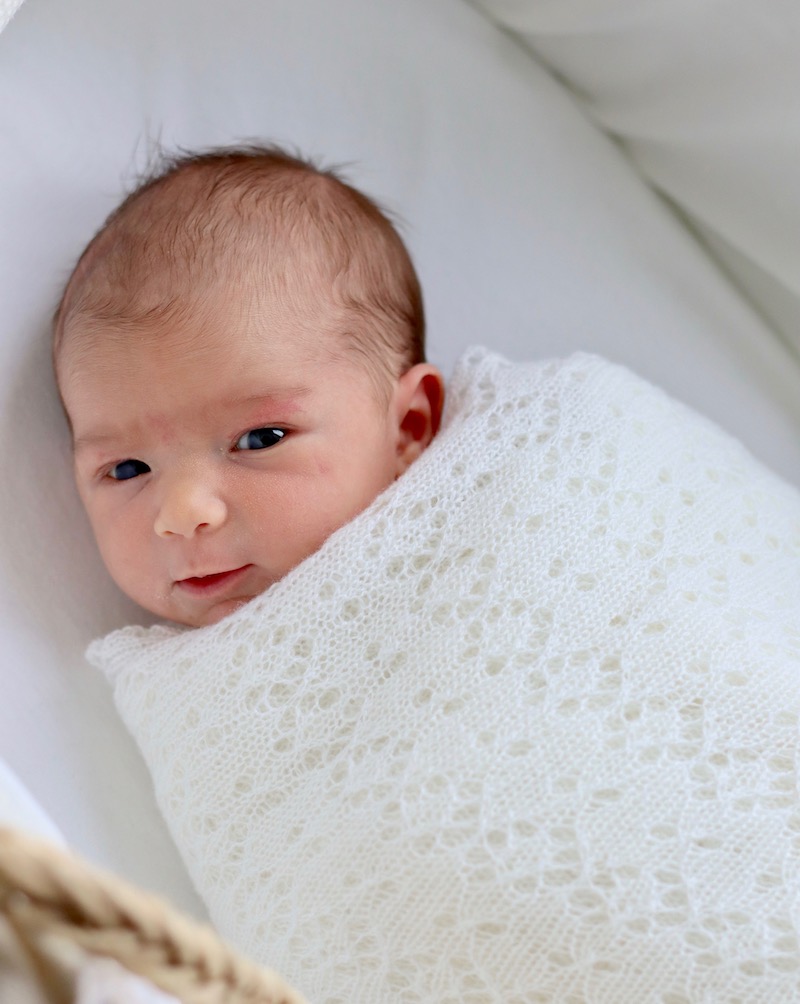 Alba arrived in October weighing 7lb and she’s a snuggly bundle of absolute perfection, if I do say so myself!

I’m not sure how I’m going to write this post because all I can think of is a million cheesy cliches that usually make me slowly roll my eyes with such exaggerated force I give myself a headache. But this time they’re all true.

I actually started writing this post when Alba was 2 weeks old. I wrote it and then forgot about it and then a few weeks later it felt weird to introduce you to Alba because she didn’t feel like a new baby anymore. It was strange how quickly she felt like she’d been a part of our family all along. I can barely remember what life was like when there was just four of us, it feels like a lifetime ago! I know it’s such a cliche but it feels like she was always meant to be with us and our family is complete. 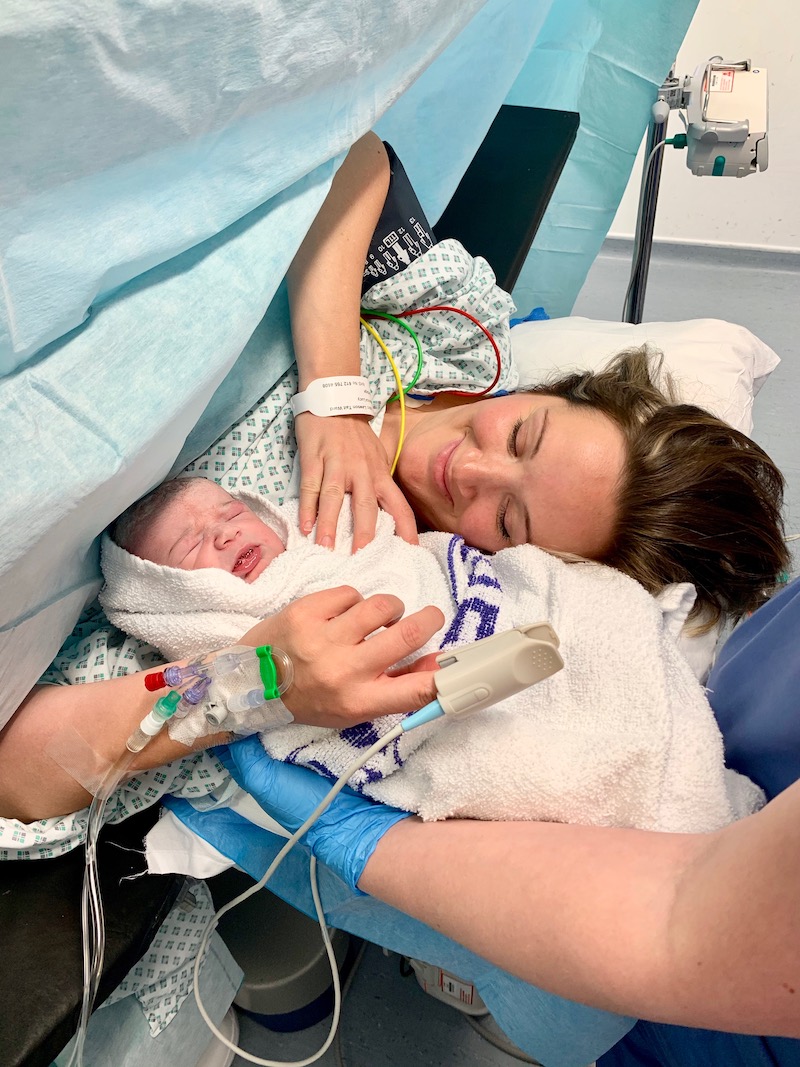 ^That wonderful but awkward moment when they handed me Alba whilst also stitching up my stomach. It isn’t really the nicest position for a first cuddle.

As soon as I found out I was pregnant I knew this one would be different. It’s nothing to do with having a girl after having two boys, it’s more to do with feeling confident in my ability as a mum. I’m not perfect and I still make mistakes but I definitely know what I’m doing this time.

Honestly, I can’t even tell you how good it feels to say that.

I definitely wasn’t a bad mum with George and Joseph (in fact, I’m a really good mum!) but I was nervous.

This time I’m not second guessing every decision I make. I’m not worrying other people will judge me. I’m not trying to ‘get out there’ too quickly and be seen to be nailing life to prove I’m coping.

I didn’t leave the house for an entire week after Alba was born and I still wasn’t doing a lot 4-5 weeks after she was born. I’m taking it slow and just enjoying every moment with a newborn.

I know we won’t have any more children so I just want to enjoy every moment of this newborn phase. 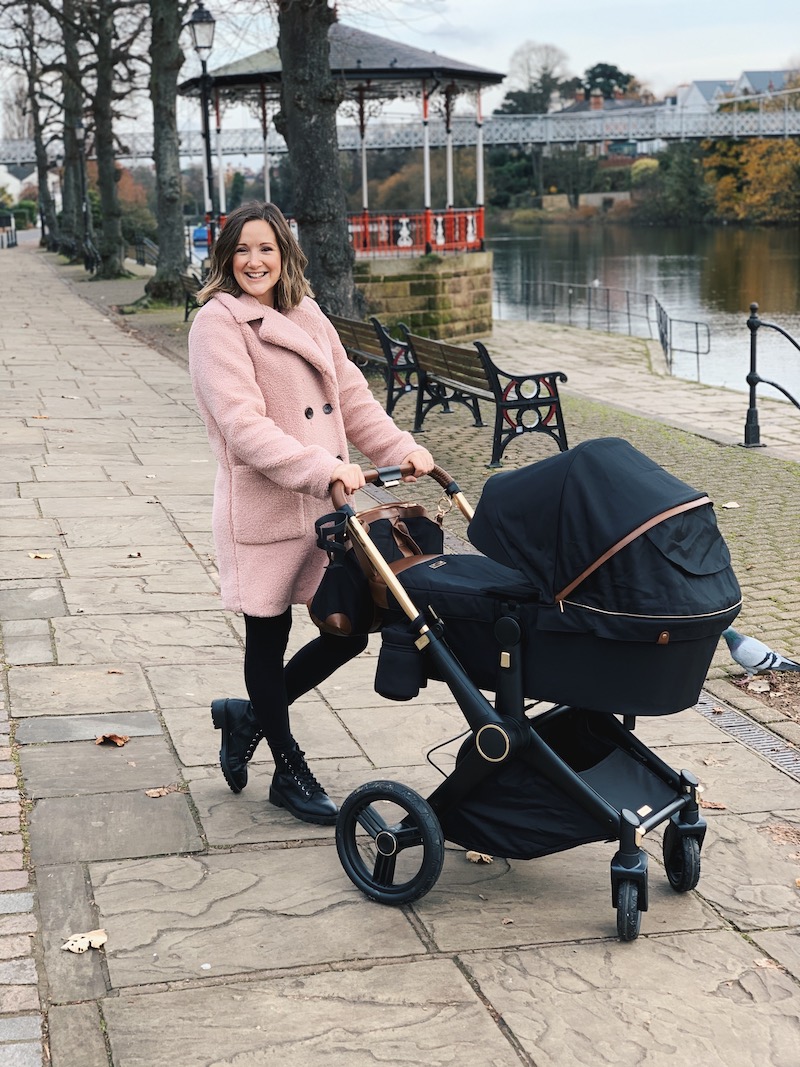 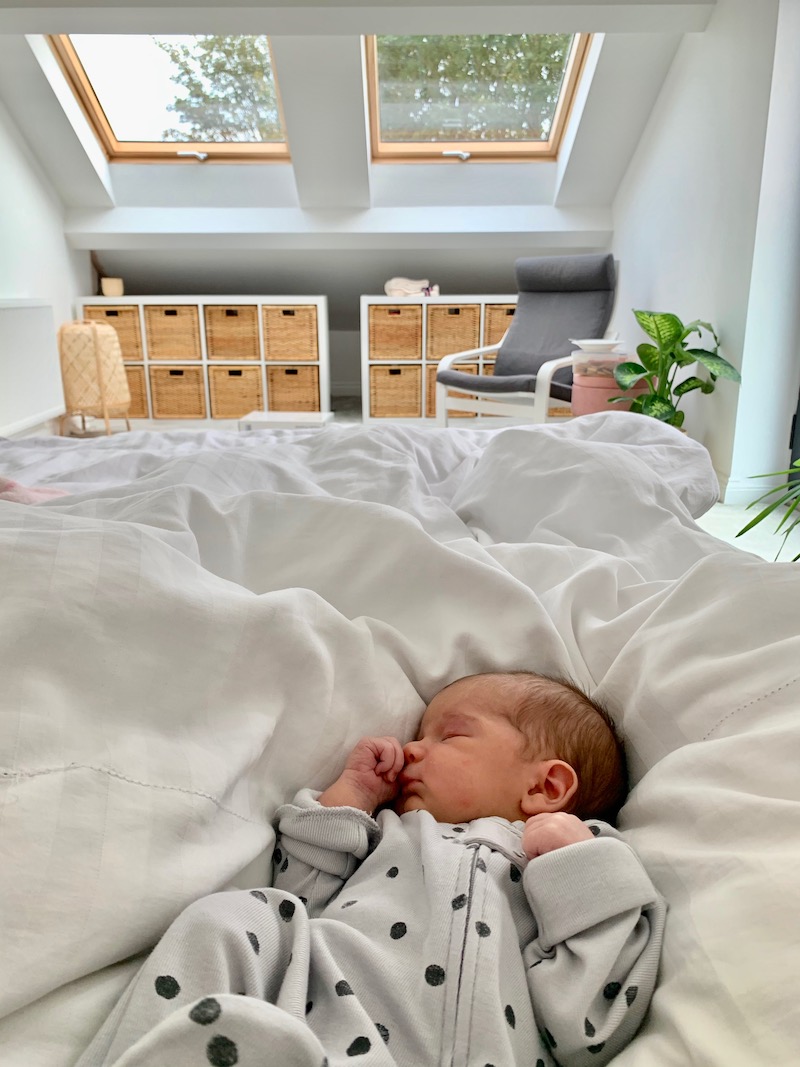 ^ We spent a lot of time right here for the first month of Alba’s life!

But that’s enough about me (for now!) let me tell you about Alba.

Right now, she’s an absolute dream. She sleeps so much! How did I forget how much newborn babies sleep!? I’m sure the boys didn’t sleep this much. She’s super content too, so when she’s not sleeping she’s pretty happy to lie in her cot or swing around in her chair and just watch the world go by. The boys definitely didn’t just sit still like this so it’s a welcome change! I was constantly bouncing and rocking the boys and they always liked to be moving, but Alba will just chill and watch her big brothers play.

She has so much stimulation and so much going on around her so I guess there’s a lot to keep her little brain busy.

I think it’s amazing that Alba was already familiar with the noises of her brothers before she was born. We noticed straight away that she’s actually happier when she can hear them shouting and playing (which is a good thing because they’re so noisy!) She doesn’t like silence so I’ll often put the TV on or some music to give her some background noise.

I keep asking myself if Alba is more relaxed because I’m more relaxed? Of course, it’s a question we’ll never know the answer to but it doesn’t stop me pondering it. 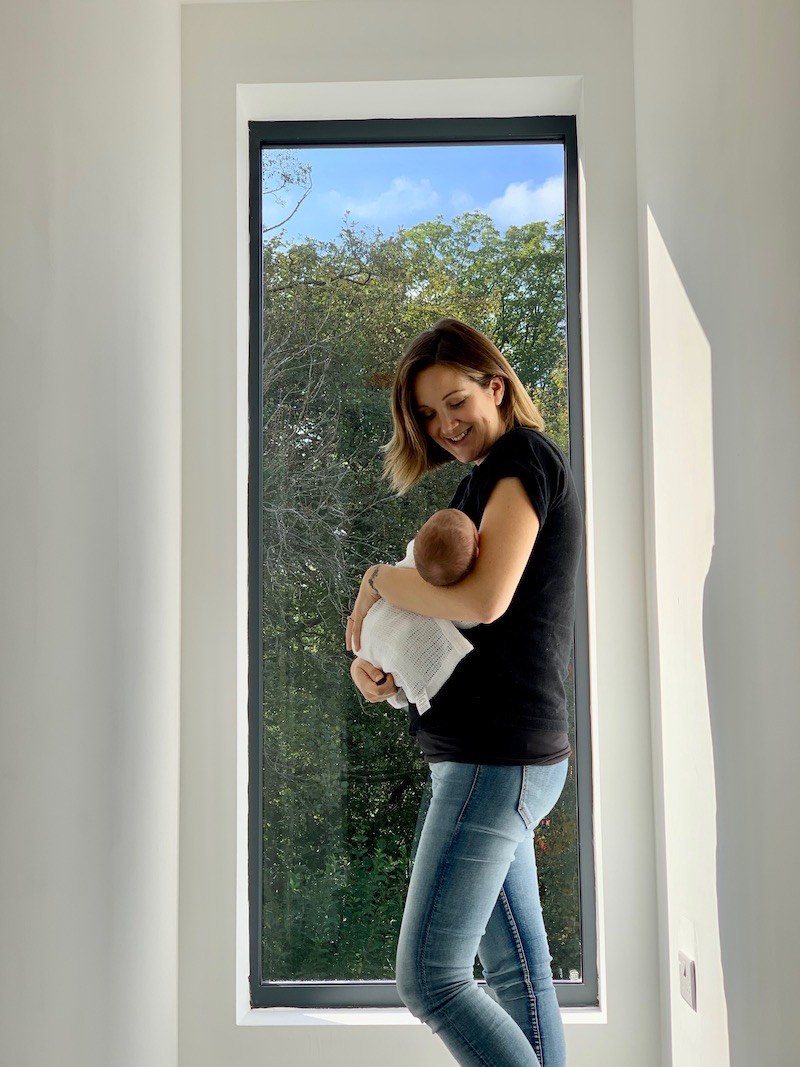 Alba’s arrival into the world

As many of you know, I had an elective c-section and it all went well. It was my third cesarean so it was a little more complicated than the first two due to the scar tissue, but that was expected. It also felt like there was a lot more pulling and tugging so it wasn’t a very pleasant experience, not that it ever would be, but my first two c-sections were over so quickly that I barely had time to think about the awful sensation of having a baby pulled out of me.

For the first time during my whole pregnancy and birth I felt absolutely terrified. I know how serious high blood pressure can be and it can cause strokes so I called the hospital and was told to go back in. I cried all the way there and arrived as a blubbering mess, which I’m sure didn’t help the situation!

But it actually turned out to be fine. The ward was really quiet so it felt much more relaxing than normal. I was given some medicine and when my BP didn’t come down I was told to stay the night and was shown to a private room where Alba was also allowed to stay with me. We had a day in bed watching Netflix while eating chocolate and biscuits and my BP started to come down a little. It wasn’t exactly a relaxing spa break but I’d almost go as far to say it was quite enjoyable!

My blood pressure is still high so I’ll continue with medication and hopefully once my hormones settle down I’ll be back to normal. 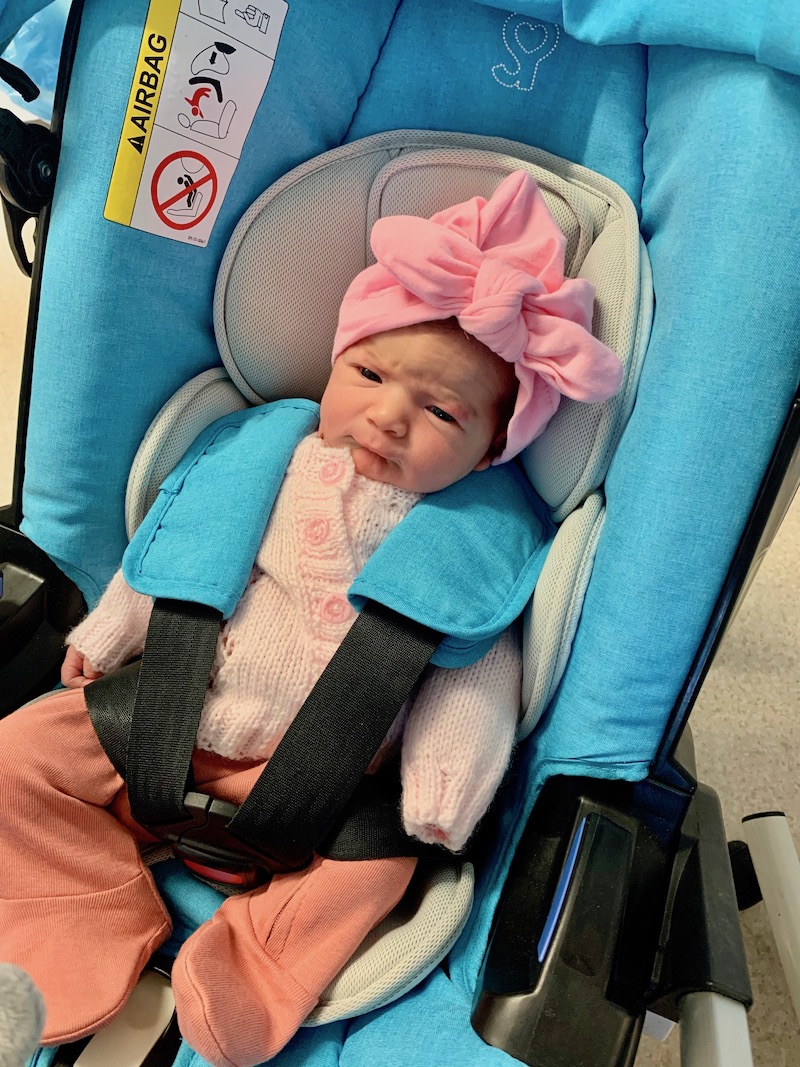 ^Coming home from the hospital and Alba looked seriously pissed off about leaving!

Loads of people have been asking how George and Joseph have been getting on with their new baby sister and we honestly couldn’t have wished for them to be better!

I was sure Joseph would be jealous, especially when he started talking with a baby voice just before Alba was born. I was sure he was sad he was no longer the baby of the family but he’s been brilliant. He’s absolutely besotted with his baby sister! Our only problem is that he constantly wants to hug and kiss her and stroke her head and hold her hands and he’s just a bit too heavy-handed! Alba is definitely going to be a tough cookie! George loves her too and is so affectionate and eager to help. He loves to pick Alba’s outfit each morning and loves organising her clothes!

On the whole I haven’t felt that having a third child has been much more difficult than having two children, but I do know we’re still in the easy stage. I think it’ll be harder this time next year when Alba is starting to walk and she’ll have her own opinions and ideas and I’ll have to negotiate with three children!

The school run can be a bit of a challenge, particularly with Joseph because he always wants to be carried. I’m finding the only way to get to school/nursery and back again without anyone crying is to have a pocket full of sweets. But you’ve got to do what you’ve got to do and I’ve never been more grateful for Haribo! 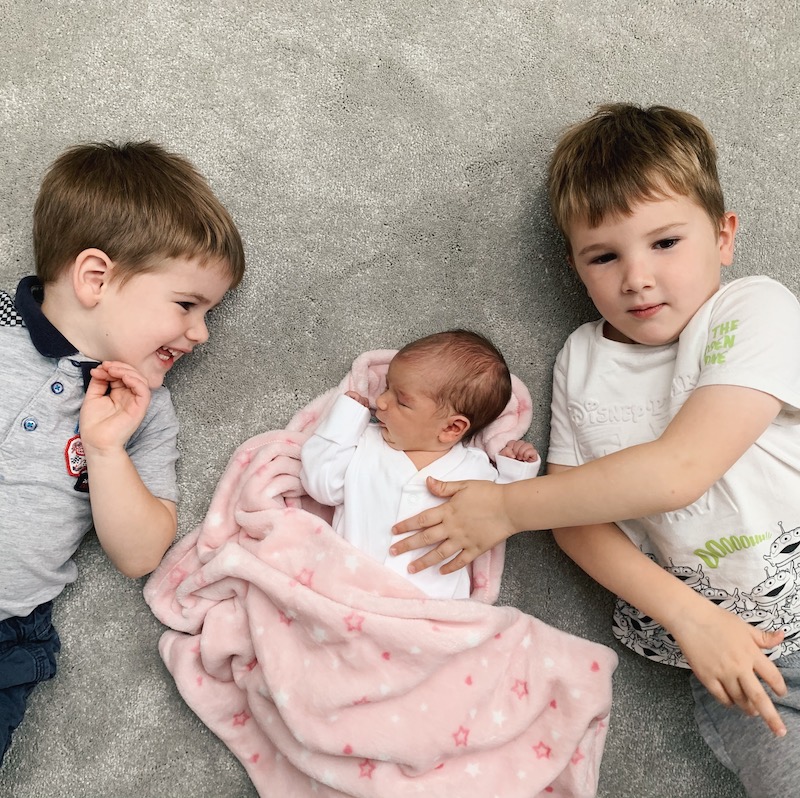 ^Still a little bit nervous with their baby sister 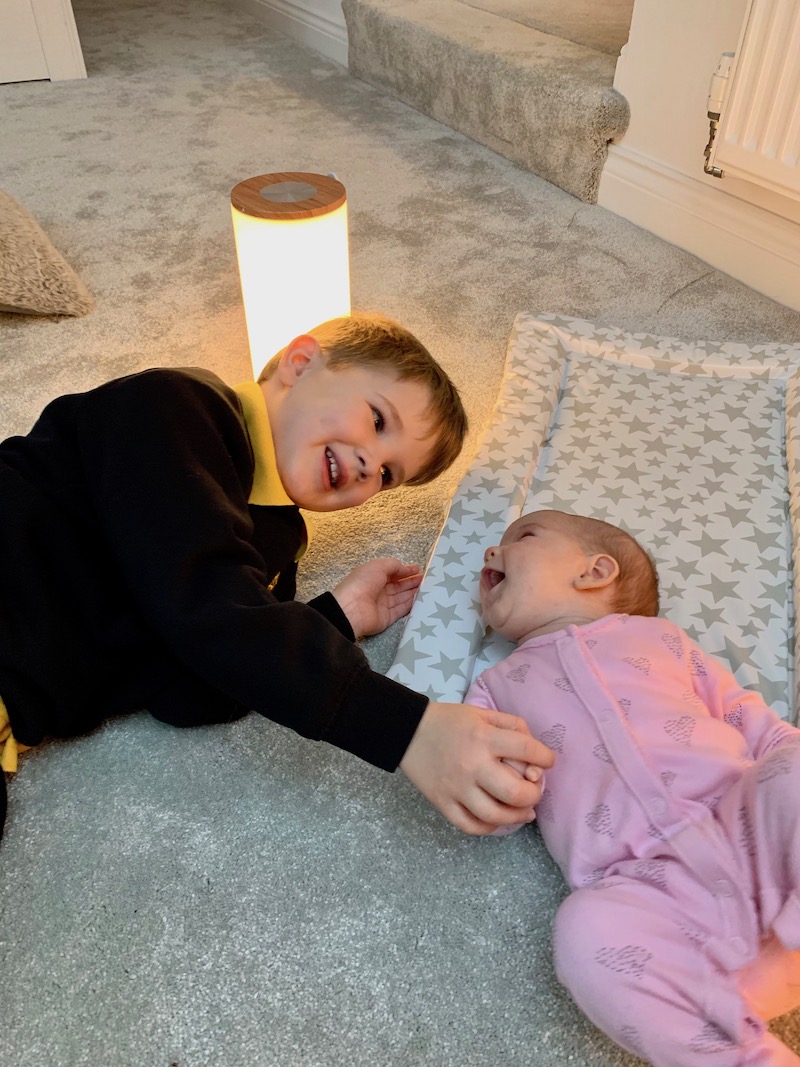 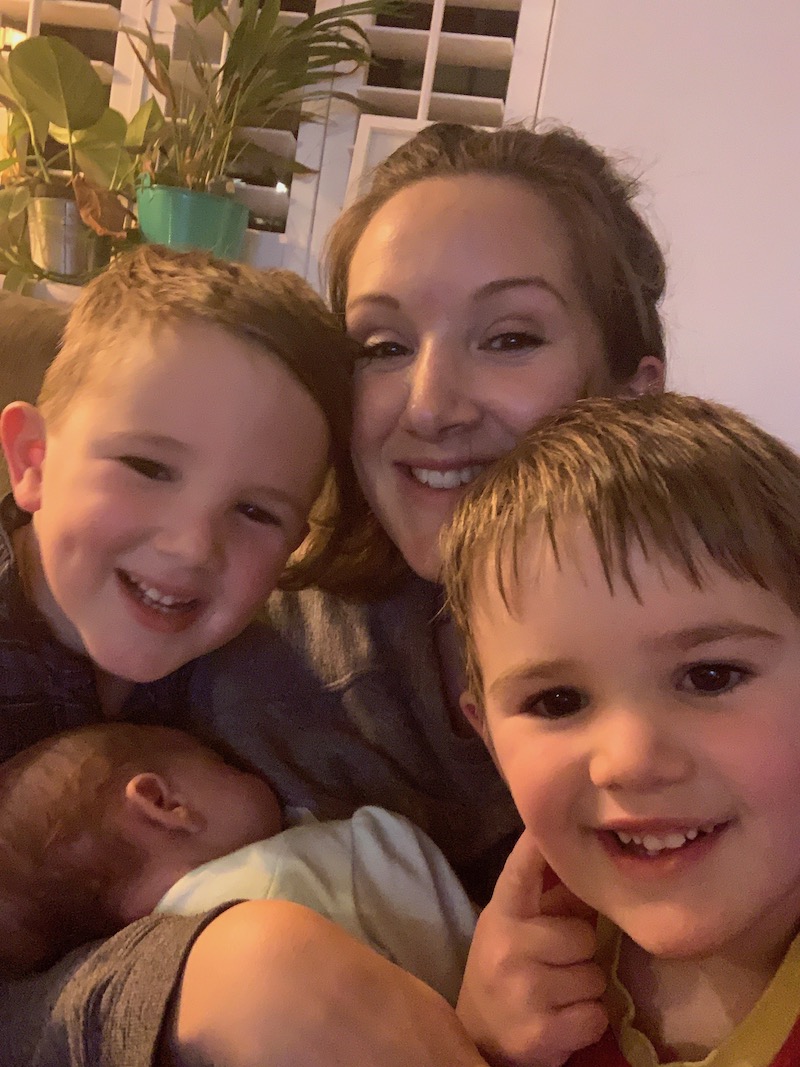 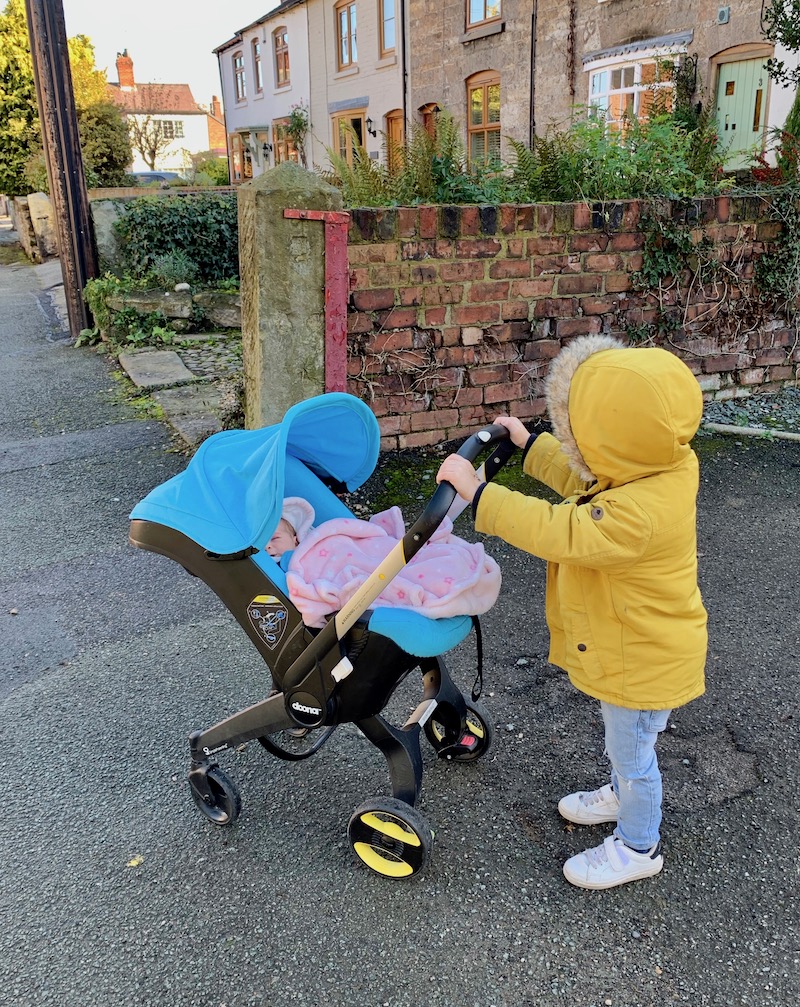 ^Joseph is always so proud to take her for a walk 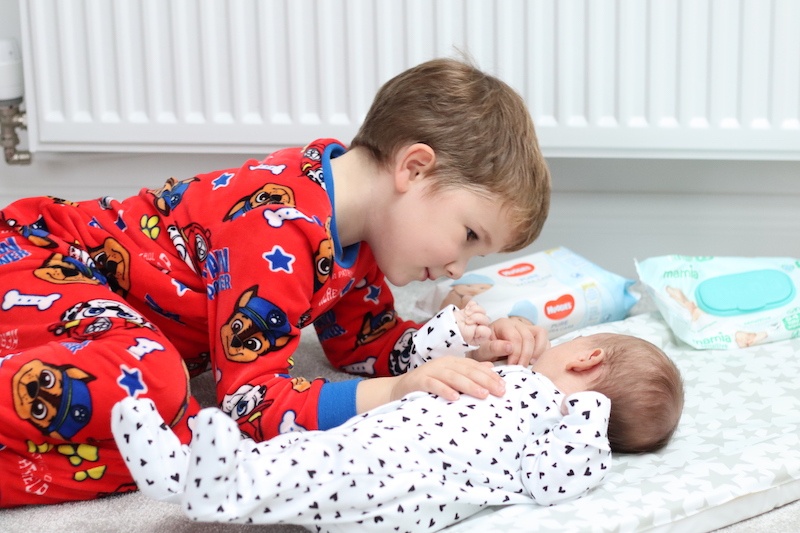 Another big question I’m asked is about my recovery after my third c-section. This one was definitely the hardest and it took me longer to get back on my feet. I think part of the reason for this was because I wasn’t as eager to show everyone I was OK!

When I had George and Joseph, I’d been told that the nurses at the hospital were more likely to let me go home quickly if they saw me up on my feet and walking around. I was so desperate to go home quickly that I was doing laps around that hospital ward as much as possible, trying to get all the midwives to look at me and see how well I was doing! It’s not a good idea to push yourself before you’re ready but moving my body definitely made me feel better.

When I had Alba I was told almost immediately that they’d try and let me go home quickly and now send most mums home within 24 hours. This was such a huge relief for me and I was so happy to go home but it did mean that I wasn’t doing those laps around the ward and basically didn’t move for 24 hours.

After not moving for 24 hours I felt so stiff and store and when I got home I then spent a further 24 hours barely moving, which added to the stiffness and soreness. As a consequence, I found that first week more difficult but after two weeks I felt OK again.

I started driving after 4 weeks (after speaking to my doctor) and pretty much felt normal after 6 weeks.

We’re now 14 weeks on and I feel exactly the same as I did before the operation. The human body blows my mind with how quickly you can recover from major surgery!

I’m also starting to feel like I’m getting my figure back. My waist has returned and my stomach has gone down. I did put on a bit of weight during pregnancy so my old clothes are all a bit tight, but that’s OK. I’ll lose it eventually with breastfeeding, eating healthily and trying to stay as active as possible. I am in that weird limbo though where most of my clothes don’t fit but I don’t want to buy new clothes to accommodate for the extra pounds!

I’m currently going to two exercise groups which I love for the social side but I’m not sure how effective they are! 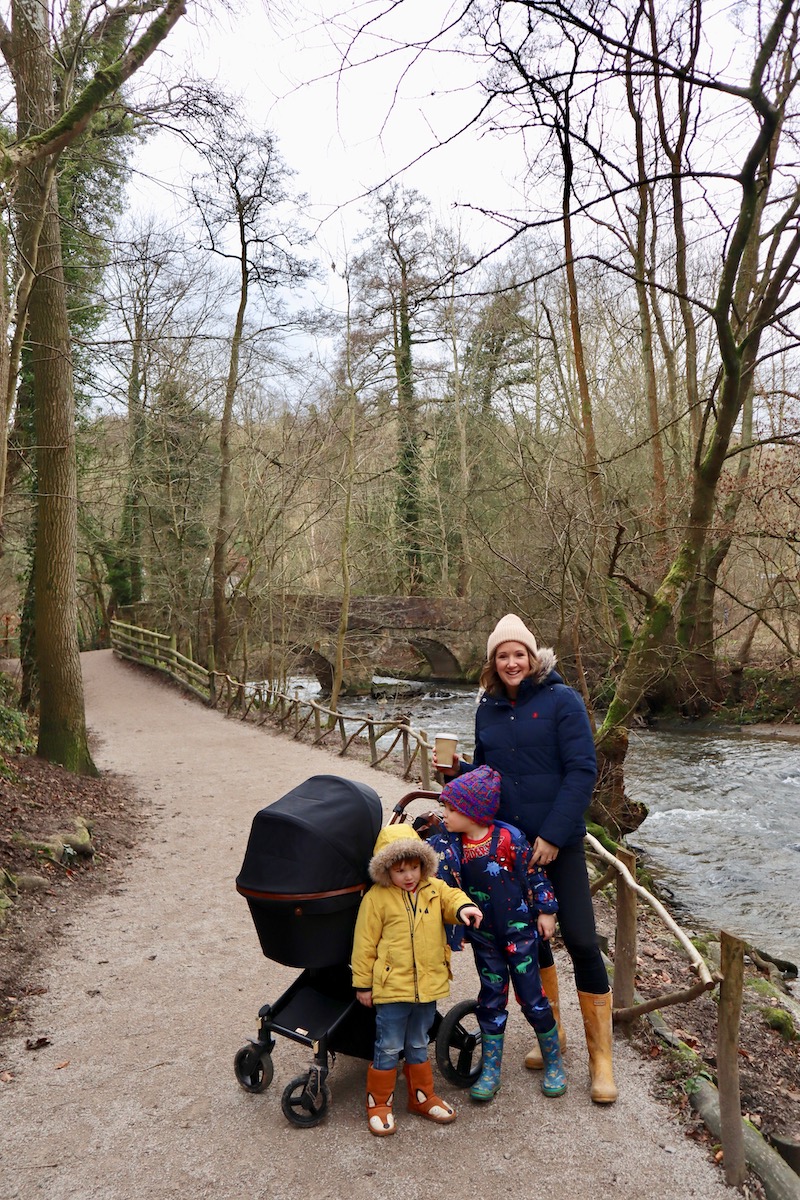 “You’ve got your hands full!” People love telling me this. 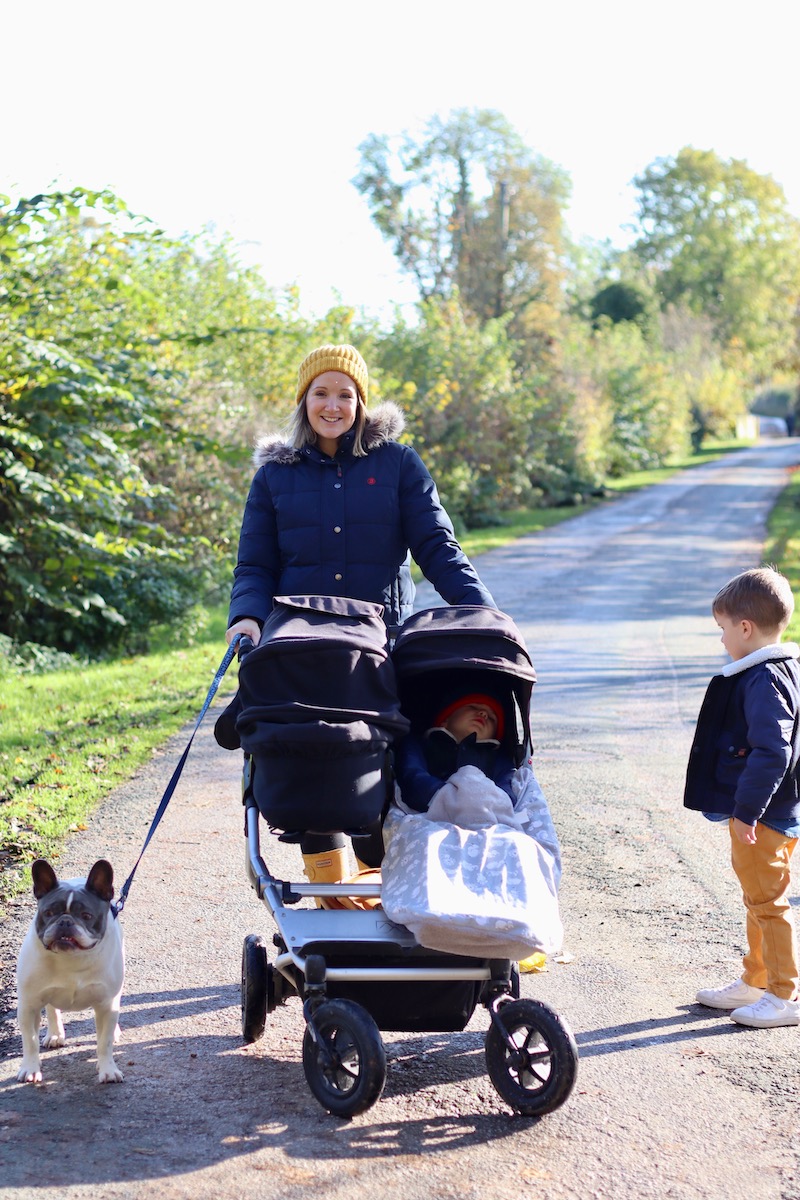 What’s the plan for The Travel Hack?

Now that I have three children it’s hard to not turn this blog into a family lifestyle blog. When I had George I was adamant I wasn’t going to become a ‘mummy blogger’. I hated the term and I didn’t want to be one of those people who had children and suddenly couldn’t talk about anything but their kids. I wanted my role as a mum to be the biggest thing in my life, but I didn’t want it to take over my life. I didn’t want it to take over me. So when George was born I don’t think The Travel Hack changed much. When Joseph was born things got a bit slower but again, I don’t think it changed. But will it this time?

I’ve always liked having a travel blog that wasn’t anything to do with motherhood. It was a place for me to escape, use my brain and think about other things. Having children is a joy but I wanted other things to occupy my mind too.

I don’t feel like that as much. Family life occupies 80% of my brain and I’m OK with that!

I don’t really know what that means and I don’t know what it means for the future of this blog, but I’m hoping to spend some time figuring it out. 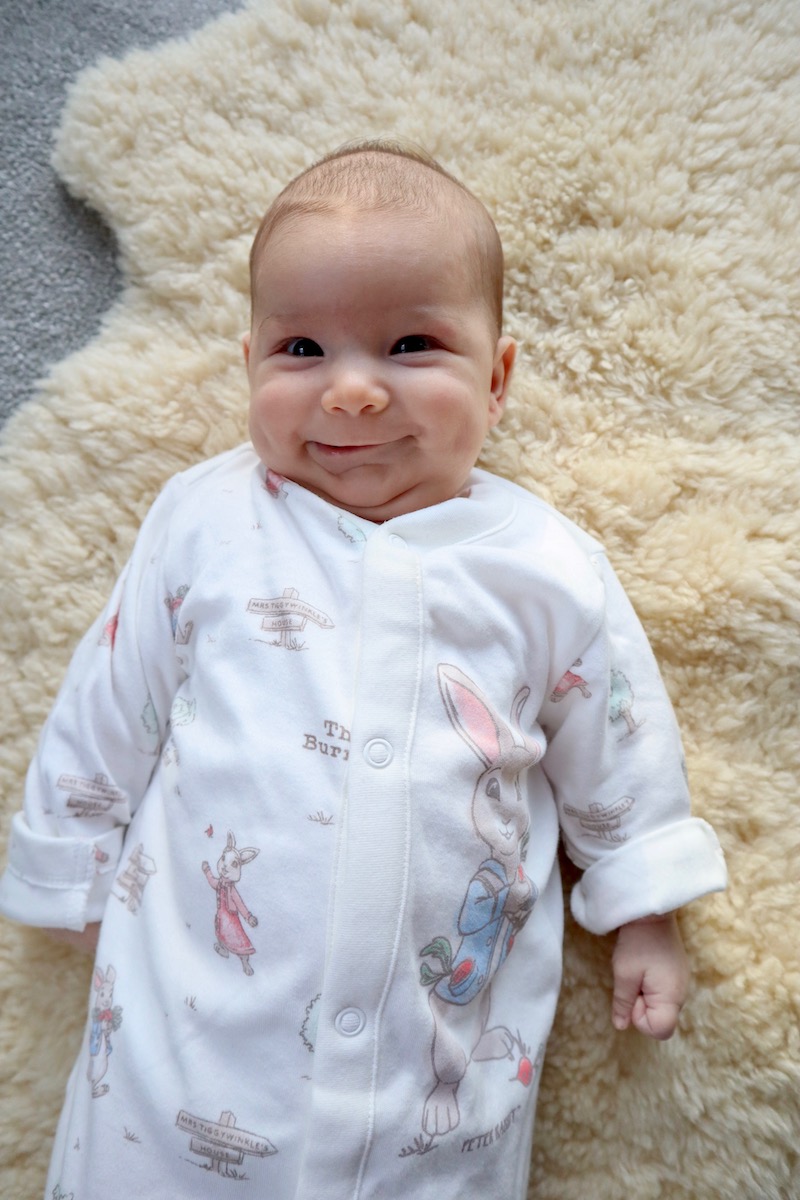 One thing is for sure, you’ll be seeing a lot more of this adorable little face on The Travel Hack! 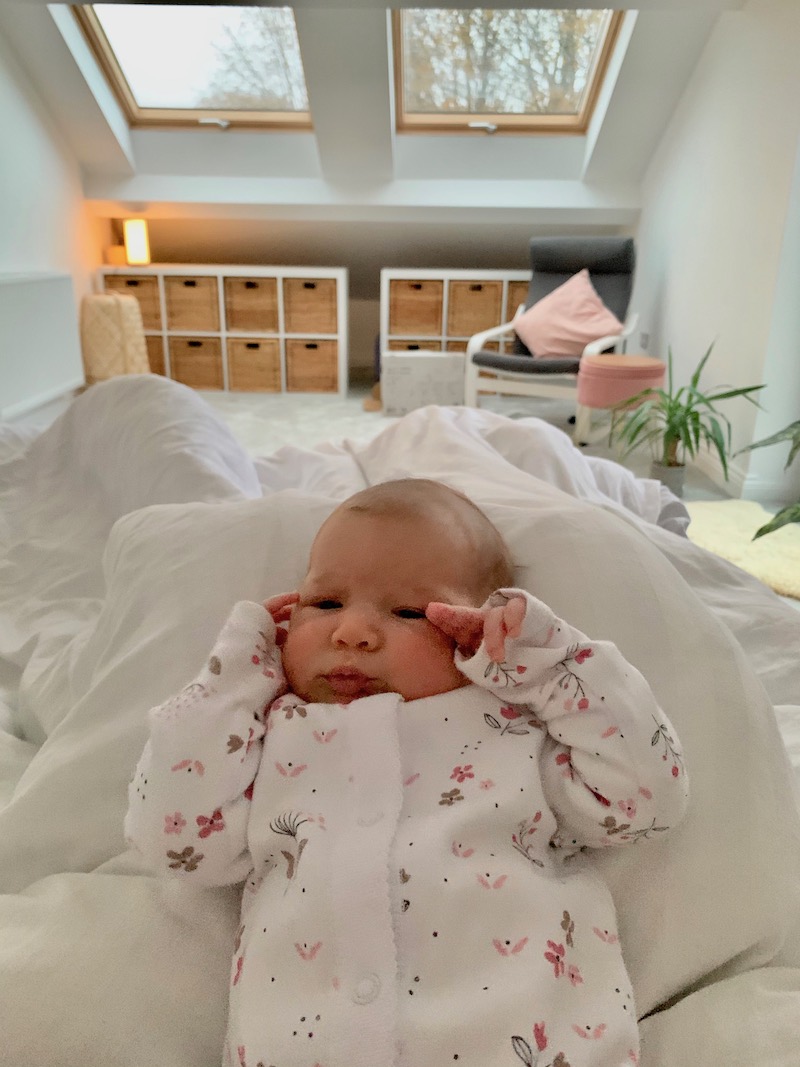 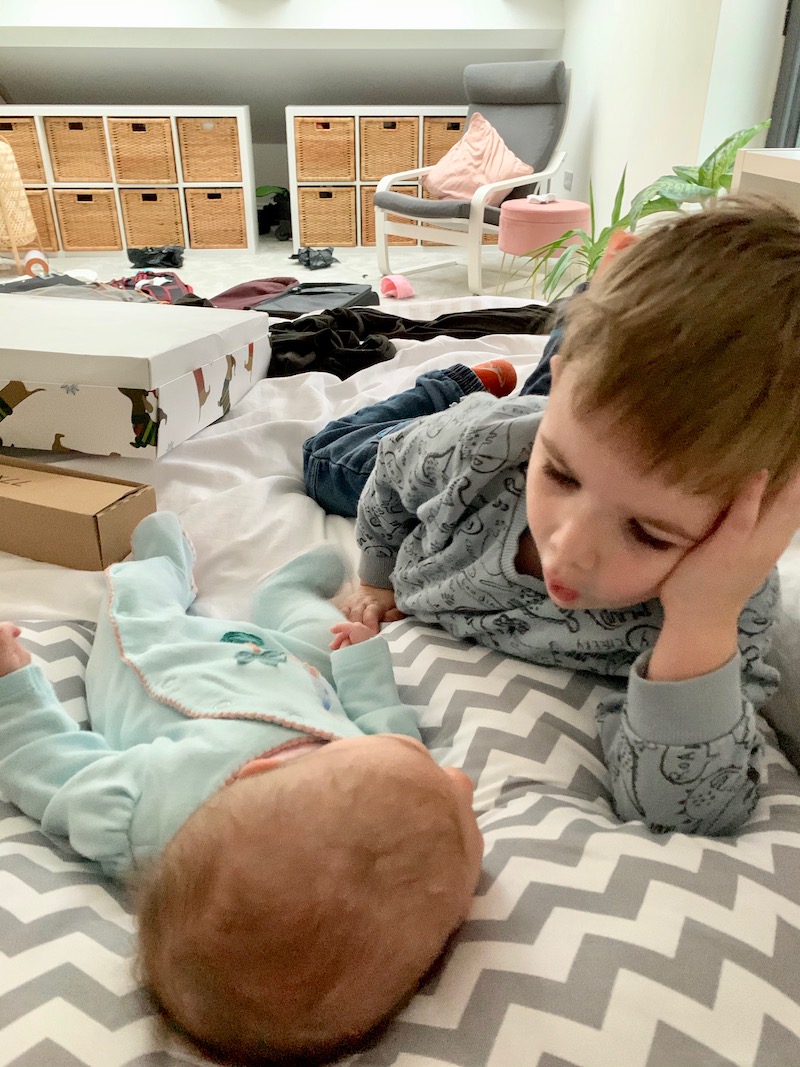 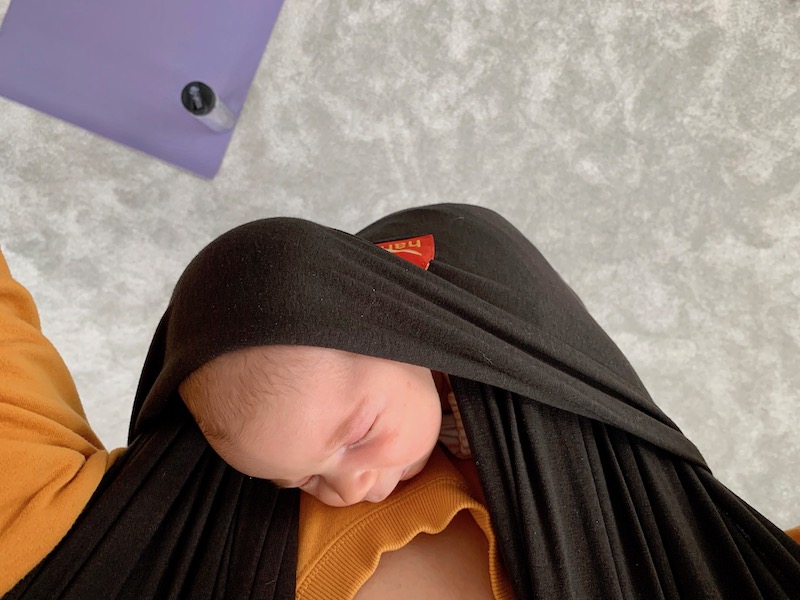 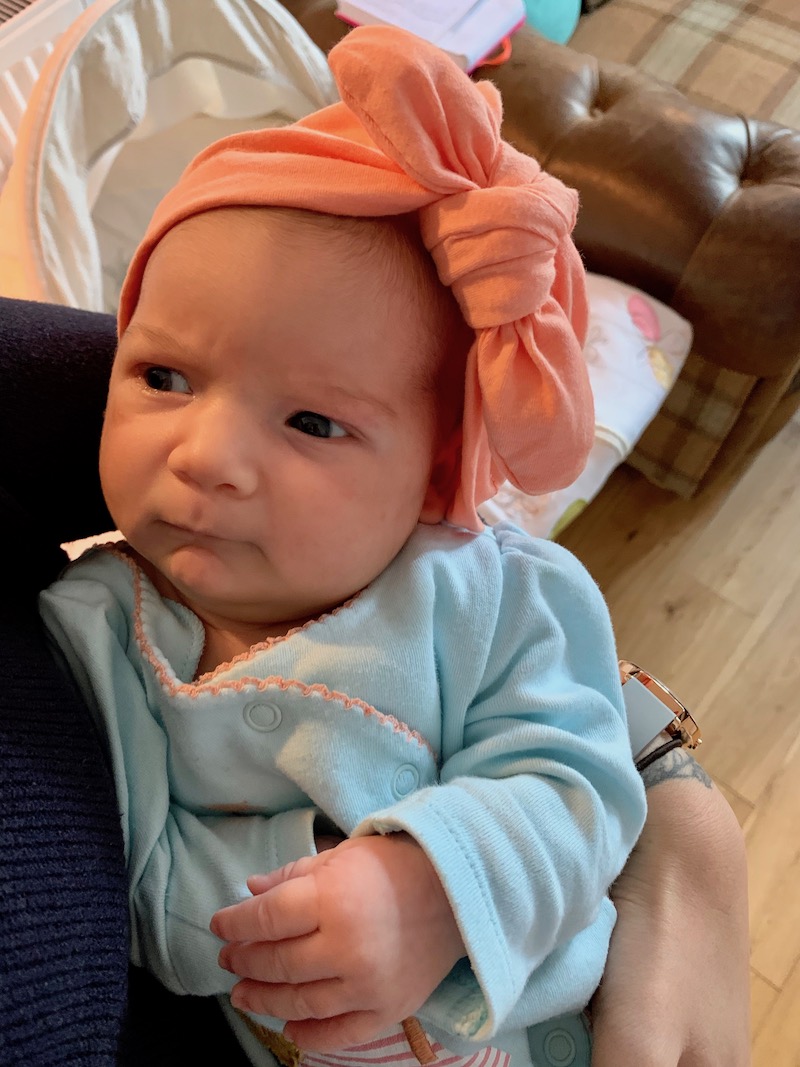 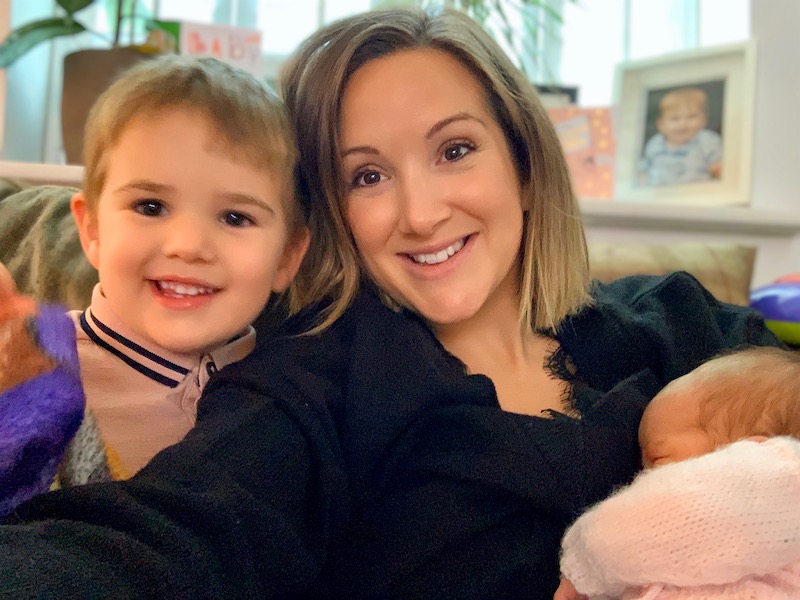 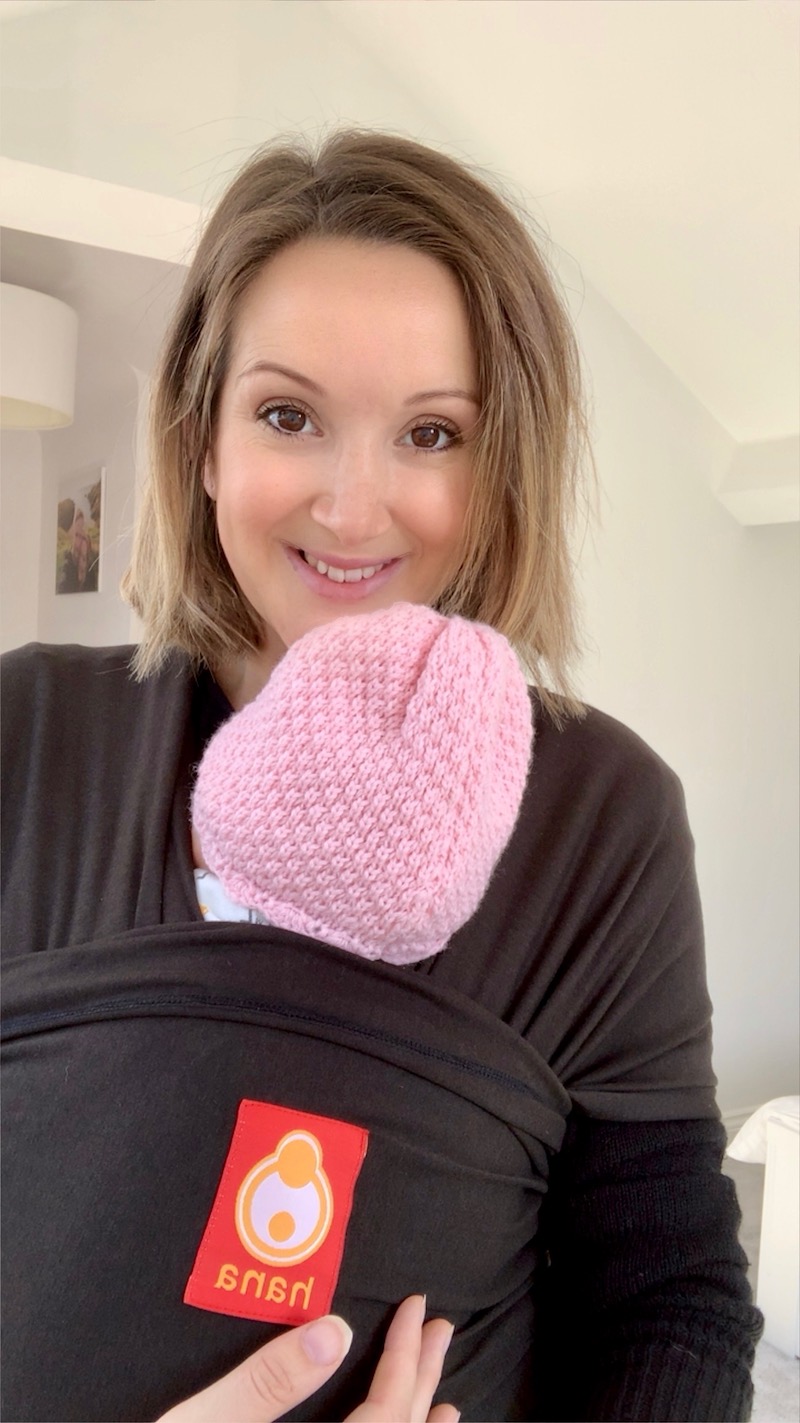 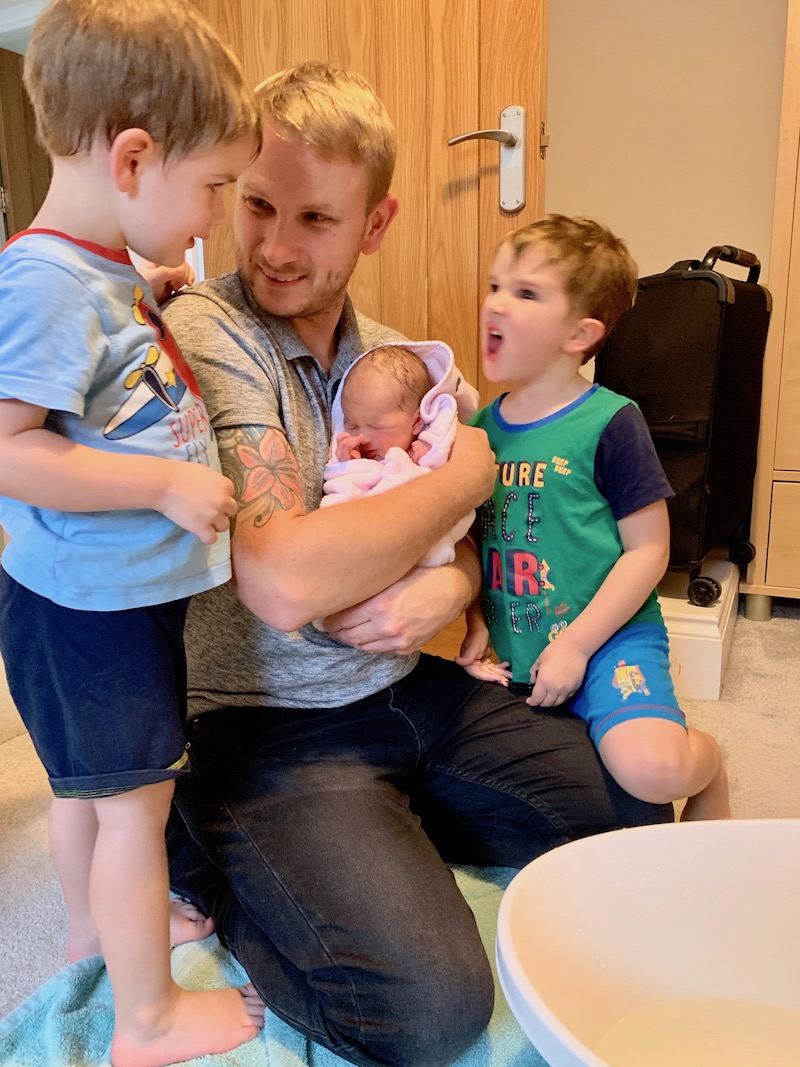 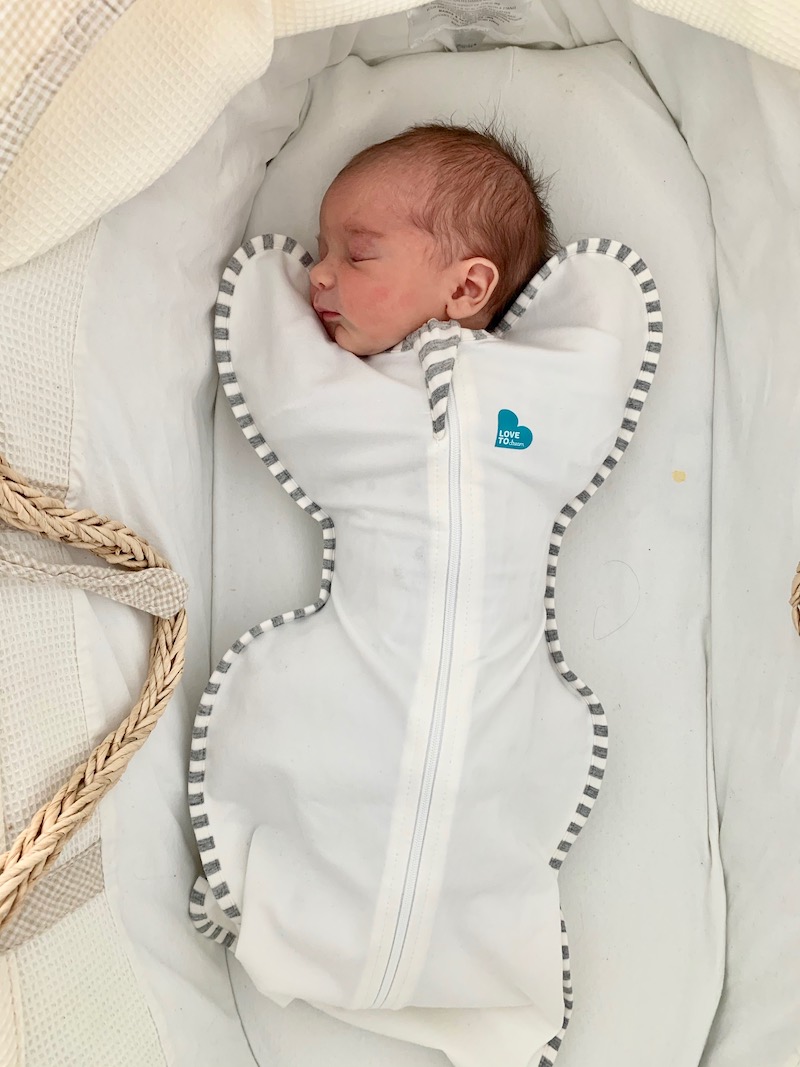 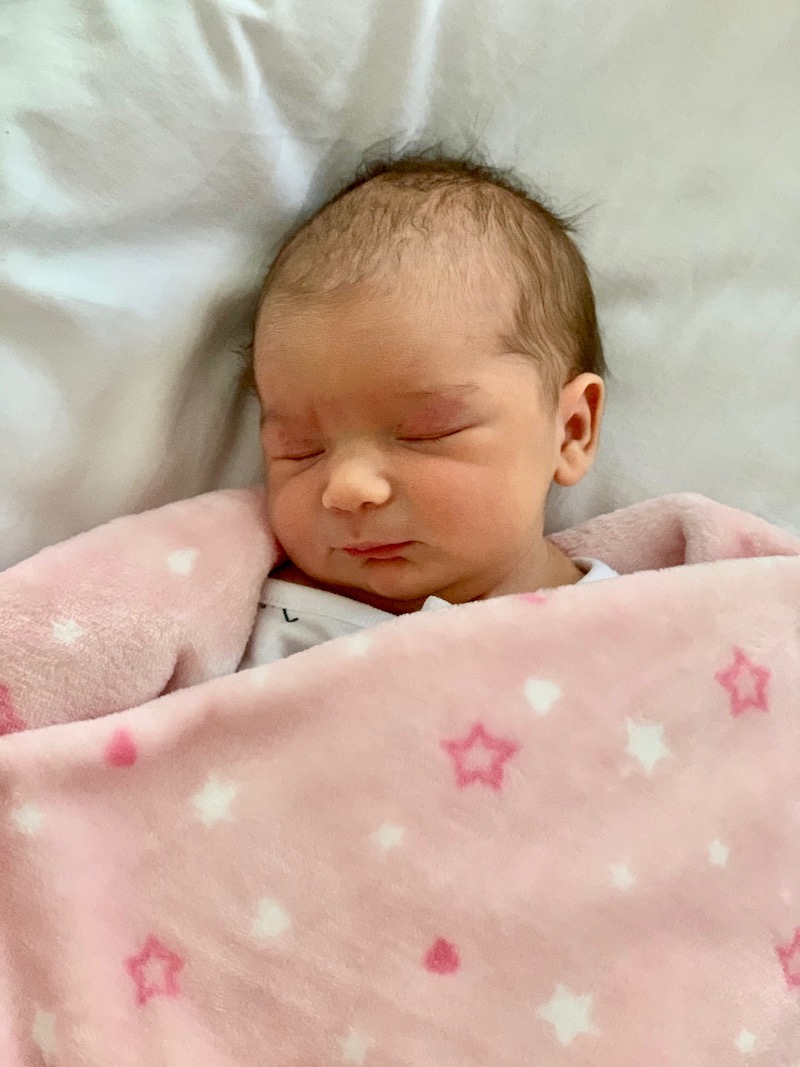 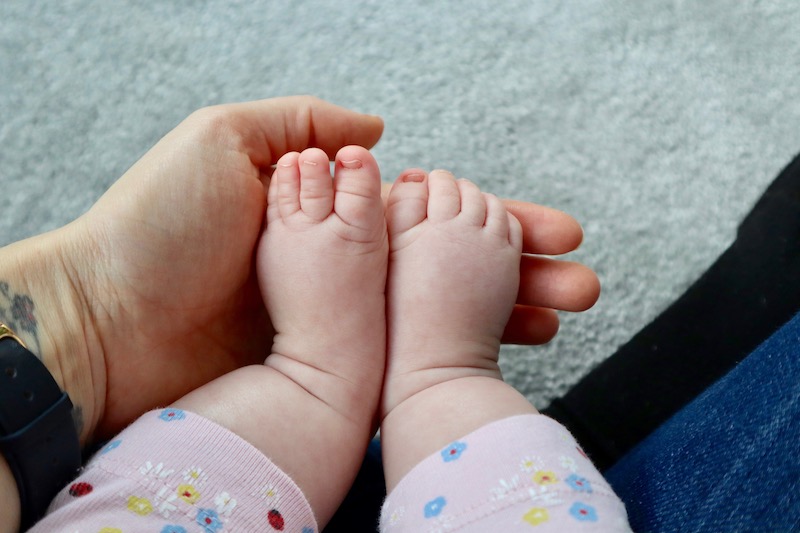 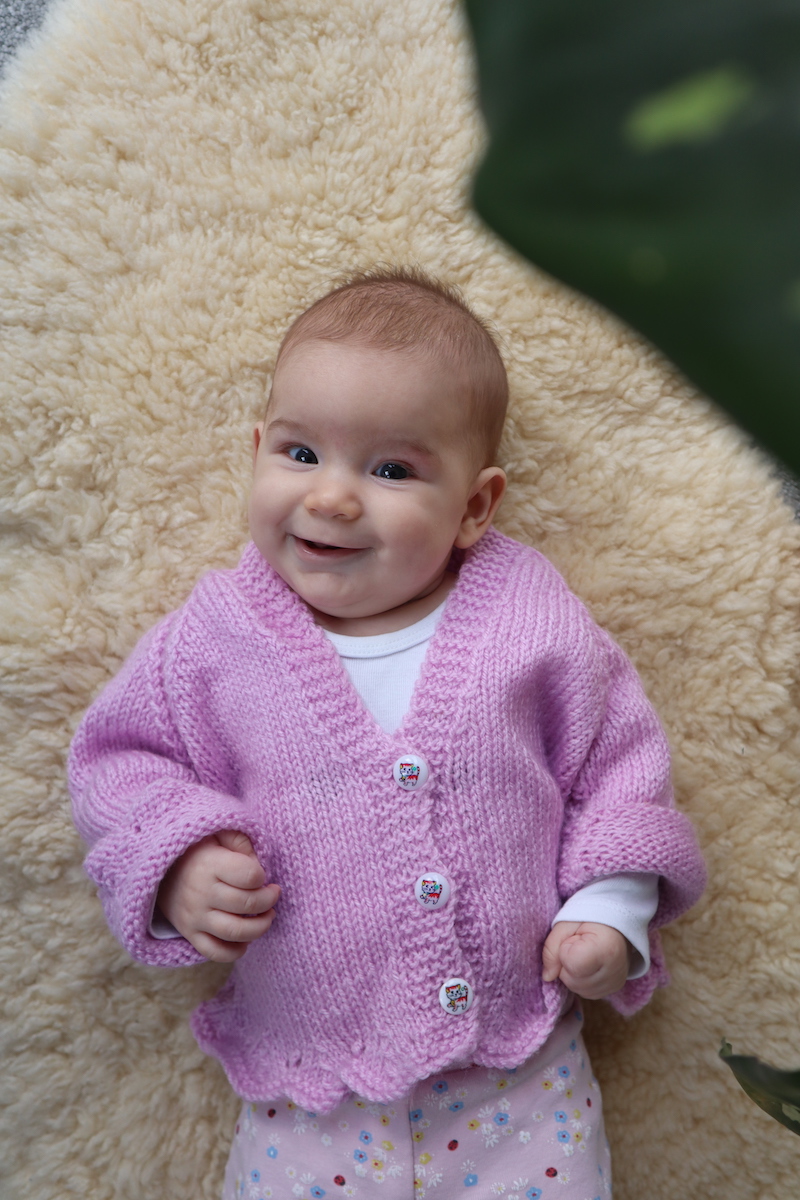 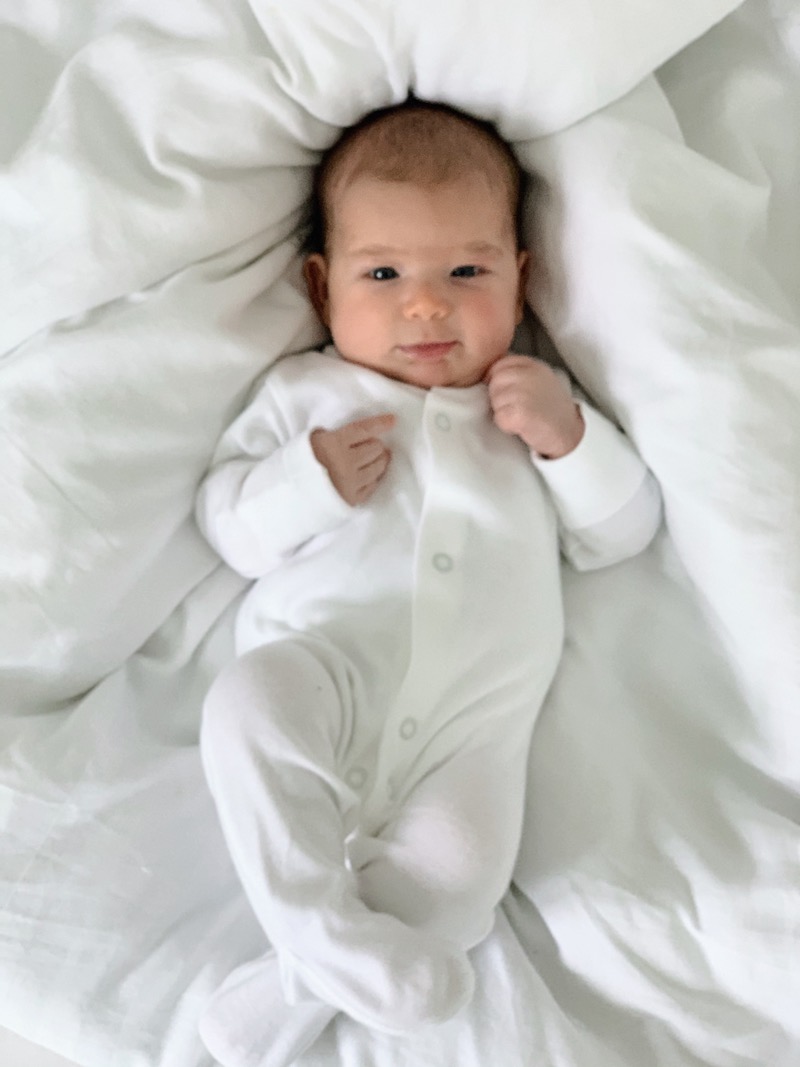 An introduction to Joseph