Yes, you read that right! A pregnancy update! If you missed it on Instagram, I recently announced we’re having our third baby! 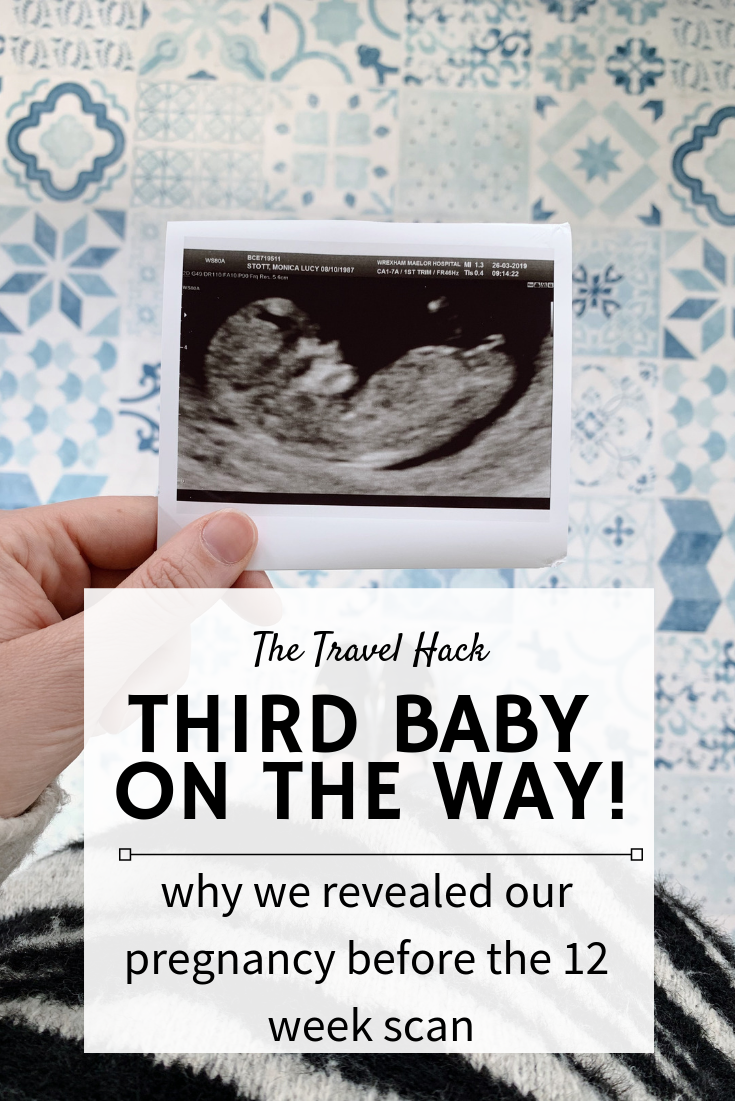 I should really get out of the habit of calling it Number 3 because I have a feeling that name will stick…a little like The Umbrella Academy (has anyone seen that on Netflix? If not, watch it, it’s SO good!)

Yes, so this morning we went to the hospital for the scan and had the good news that everything is A-OK. We haven’t told the boys yet (we’ll be doing that this evening!) and I cannot wait to see their reactions.

Strangely, things do feel quite different with this pregnancy. Not only do I feel bigger, tirder, achier and generally more pregnant, I feel much more willing to accept the changes that are going to come with another baby.

When I had George I was adamant I’d carry on travelling and my life as a travel blogger wouldn’t change. And on the most part it didn’t. When Joseph was born I continued to power on, travelling and adventuring as much as possible. But it was harder the second time. It was tough travelling with two kids under two, but it was even harder to leave them at home and travel without them. I was in a weird limbo where I wanted to travel but I didn’t want to be away from them, but it was also so much effort to take them everywhere with me.

This time I feel differently. 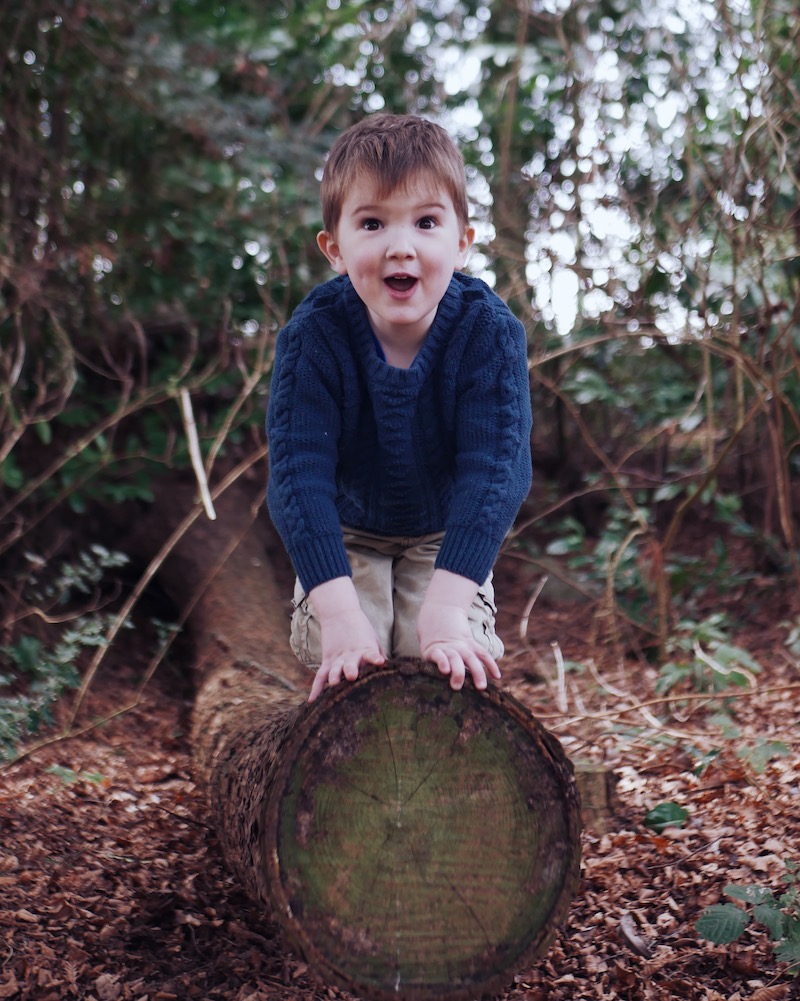 I know life is going to slow down for a good 2-3 years and I’m OK with that. I won’t be travelling as much and that’s cool.

It’s not that I’m done with travelling, far from it, but as I’ve got older I don’t feel the same rush to see everything and do everything as quickly as possible. I’ve got years to see the world. I’m not one of those people who thinks you should put your dreams on hold but, right now, I’ve got more important things to be focusing on!

I’m 100% certain this will be our last baby so I just want to enjoy every moment and soak it all up. With my previous pregnancies I just wanted to rush through and get it over and done with as quickly as possible so I could meet our new baby! But now I know that it all goes so quickly and this is my last chance to enjoy it.

I didn’t write about my pregnancies with George and Joseph. While I was pregnant with George I was just so flipping terrified the whole time I didn’t want to talk about anything for fear of jinxing it. I was also worried about saying the wrong thing and felt terrified some experienced mum would pop out the woodwork and tell me I was doing something wrong. I didn’t want to talk about the fact that I didn’t take any vitamins or the fact I accidentally slept on my back or failed to stick to whatever new rule they introduce every few months. 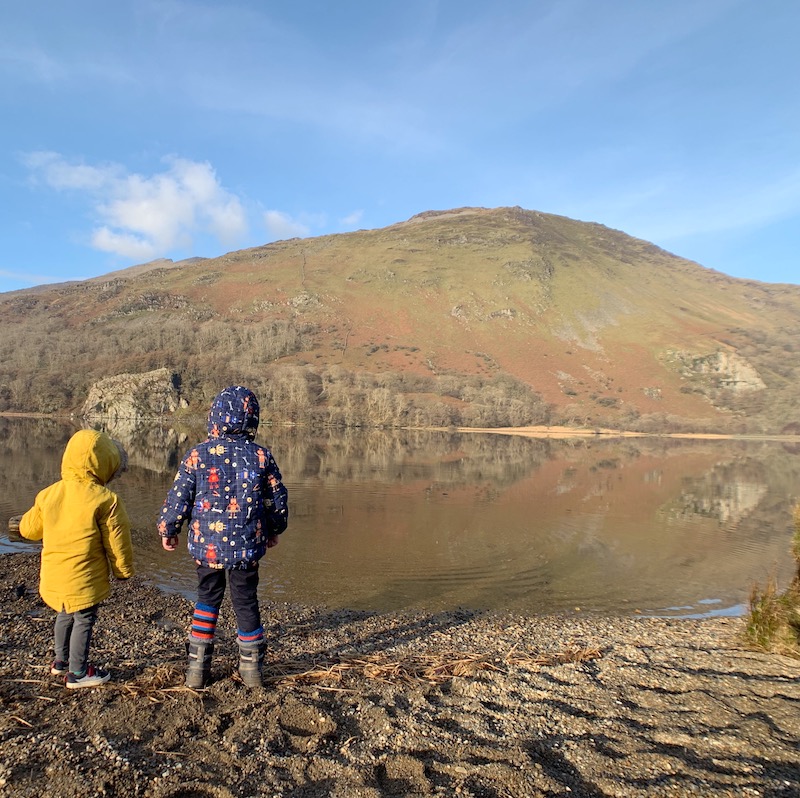 I was also really lucky in that I didn’t have any negative symptoms during pregnancy so I felt like I didn’t have anything interesting to say. My bump was tiny and George was in a weird position so I could barely feel him move. I didn’t have heartburn or morning sickness or food aversions or cravings. I was just a bit tired and no one wants to read a weekly pregnancy diary of someone who feels…tired!

After having George, it was just 9 months before I was pregnant with Joseph. Yes, that seems absolutely insane to me now too! I was so busy looking after George that I barely had time to acknowledge my second pregnancy. I remember every midwife appointment felt like a huge hassle and that pregnancy seemed to last about 6 weeks!

With the boys, I was a bit scared about blogging too much about pregnancy and the early days with a baby. I didn’t know what I was doing and constantly thought I was doing something wrong so I didn’t want to reveal I was completely winging it. Looking back, I’ve got no idea why I was so scared. All new parents are winging it!

But third time I’m not going to be winging it! I know what I’m doing and this confidence is the best gift any parent could wish for. 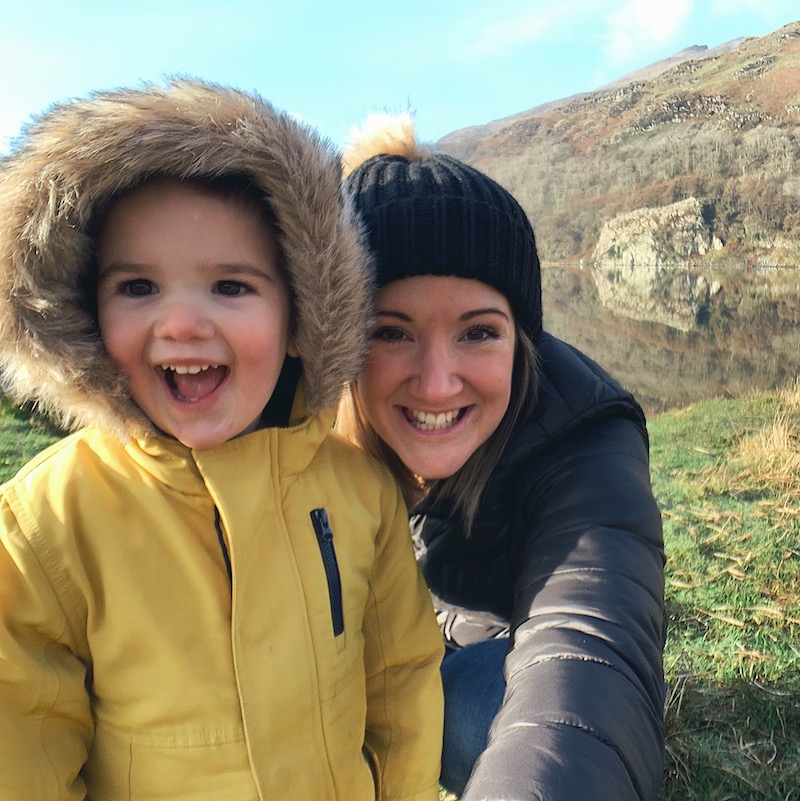 Telling people is THE BEST

During my first two pregnancies I waited until I’d had the 12 week scan before telling most people. I actually waited until I was 20 weeks before I revealed it on the blog or on my social media channels. We’d told close friends and immediate family but we mostly kept the exciting news to ourselves.

At the time I was nervous about something going wrong and, if it had, I wouldn’t have had the strength to face people and go through the awkwardness and heartache of having to tell them it hadn’t worked out. While it was the right decision at the time, it also left me feeling so lonely. There’s nothing sadder than being the only sober person at a party but having to pretend you’re drinking and having a great time. And there’s nothing more lonely than holding the biggest secret of your life inside you and not talking about it. It’s the only thing you can think about and the only thing you want to talk about, yet you’re expected to pretend it isn’t happening and carry on like normal.

Not only is it lonely but it’s hard to keep up the pretence of ‘being OK’ when you actually feel like shit and you’ve never known tiredness like it. At least when people know you’re pregnant they can excuse you for your grouchiness and ignore the fact you can barely keep your eyes open! 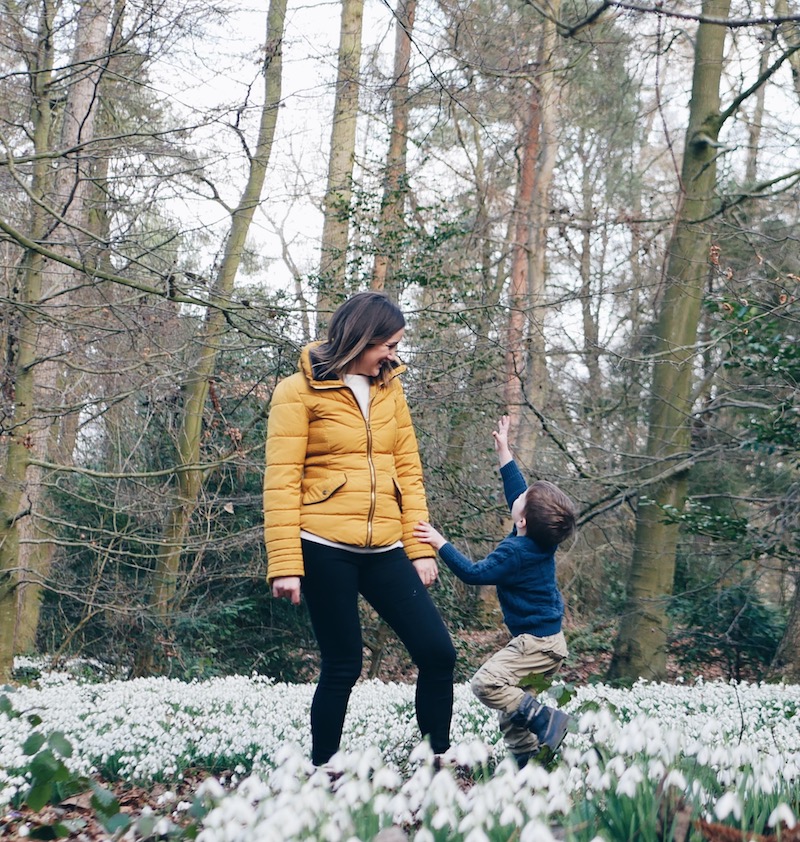 I’m not sure how I feel about the societal norm of keeping pregnancies secret for the first 12 weeks. For some people, it is the right thing to do but I think more people would benefit from talking about it. When people miscarry they’re expected to keep it a secret and bury the pain deep down and hide it from the world. I feel like a lot of the reason why we don’t tell people is to save them the pain if something went wrong. Other people would rather not know and no one wants to acknowledge that pain, so let’s just pretend it doesn’t happen and not tell anyone. It doesn’t sit right with me – unless the couple would rather keep it to themselves, of course.

Anyway, third time around, Sam and I agreed to tell people fairly quickly. I didn’t feel as nervous about something going wrong but I knew that this time I had the strength to deal with it if it did.

I was also going on a boozy hen-do when I was 6 weeks pregnant and I knew I wouldn’t be able to keep it a secret from my close friends, especially when most of them knew that Sam and I wanted a third baby! Once I’d told the girls, Sam told the lads and then basically our whole circle of friends knew.

It was so, so nice to tell people we were expecting and I didn’t feel the loneliness in the first few months like I did with my first two pregnancies.

Thanks for sticking with me through that rather long and rambling post! I will be blogging more about my pregnancy and sharing updates throughout!

Blog
We’re onto week #45,765 following government guidelines to stay at home and I’m pretty sure we’ve all been through every wave of emotion...

Blog
This summer, World Duty free is hosting a #SummerDrinksFestival to get us all recreating our favourite holiday cocktails at home. They asked me to...