If you’re looking for a book to lose yourself in then I have just the book for you. It’s one of those you can really get your teeth into. The kind of book you’ll pick up and suddenly hours have passed while you’ve been absorbed between the pages, lost in a world where the characters feel like friends and the setting is right outside your door. The kind of book that makes you want to go to bed early, so you can snuggle beneath the covers and dive back into the story.

I’ve been looking for a book like this for so long. It’s been ages since I’ve read a book I’ve been properly gripped by, and Like Mother Like Daughter had me gripped like a vice. 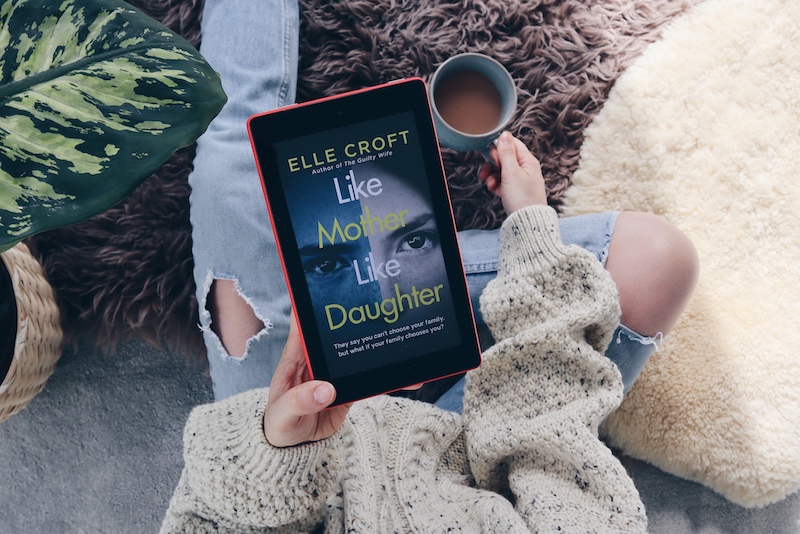 Like Mother Like Daughter is Elle Croft’s third book. And yes, you probably recognise the name Elle Croft as Elle’s been a regular writer for The Travel Hack for years. She’s also a good friend of mine and one of the best travel buddies you could ask for!

Elle had told me a little about this book and gave me an insight into the storyline a few years ago. She didn’t give a lot away but I was intrigued by the concept before the characters were even fully formed in Elle’s head.

It’s a story about nature versus nurture and the unanswerable question of which has the bigger impact? Are we products of our environment or do we inherit our personalities?

As a mother of three children it’s a question I ponder a lot. It’s amazes me that three children born to the same parents can be so different. Were they each born a certain way? Or have we moulded them into the little people they are?

Our main character in Like Mother Like Daughter is Kat, a mother of two girls living the perfect suburban family life in Australia. Kat’s eldest daughter, Imogen, is going through the moody teenage phase but Kat is struggling more than she should. She doesn’t trust her daughter and always sees the worst in her. And then we find out it’s because Kat is scared of her daughter is turning into her serial killer mother.

This book is dark!

So dark I had to put it down a few times and have a quiet little moment while basically just running through the words, ‘What the f**k. Elle is dark! How did I not know Elle was this dark?’

Like Mother Like Daughter is delicious. It’s gripping and hooks you in from the first page. I found it to be a quick read and I whizzed through it in two days, but I also found the underlying question of nature versus nurture to stay with me for days. I’m still thinking about it now and I’m desperate to know what happens to the family once these big secrets start coming out!

Congratulations to Elle Croft on another fantastic book!

Like Mother Like Daughter is available on Amazon for £2.99 for the Kindle edition, £6.35 for paperback or £5.49 for the audiobook. (Affiliate link used here)

I have a few friends that would love this book! I'm too much of a wimp to deal with dark literature but I'm so proud of how awesome Elle is doing with her novels.