When most people think of India, they think of the Taj Mahal and rightly so, it is India’s most recognised monument. If you’re planning to visit India soon, then you’ll want to have a read of today’s post and it is full of my tips for visiting the Taj Mahal while you’re in the South Asian country! 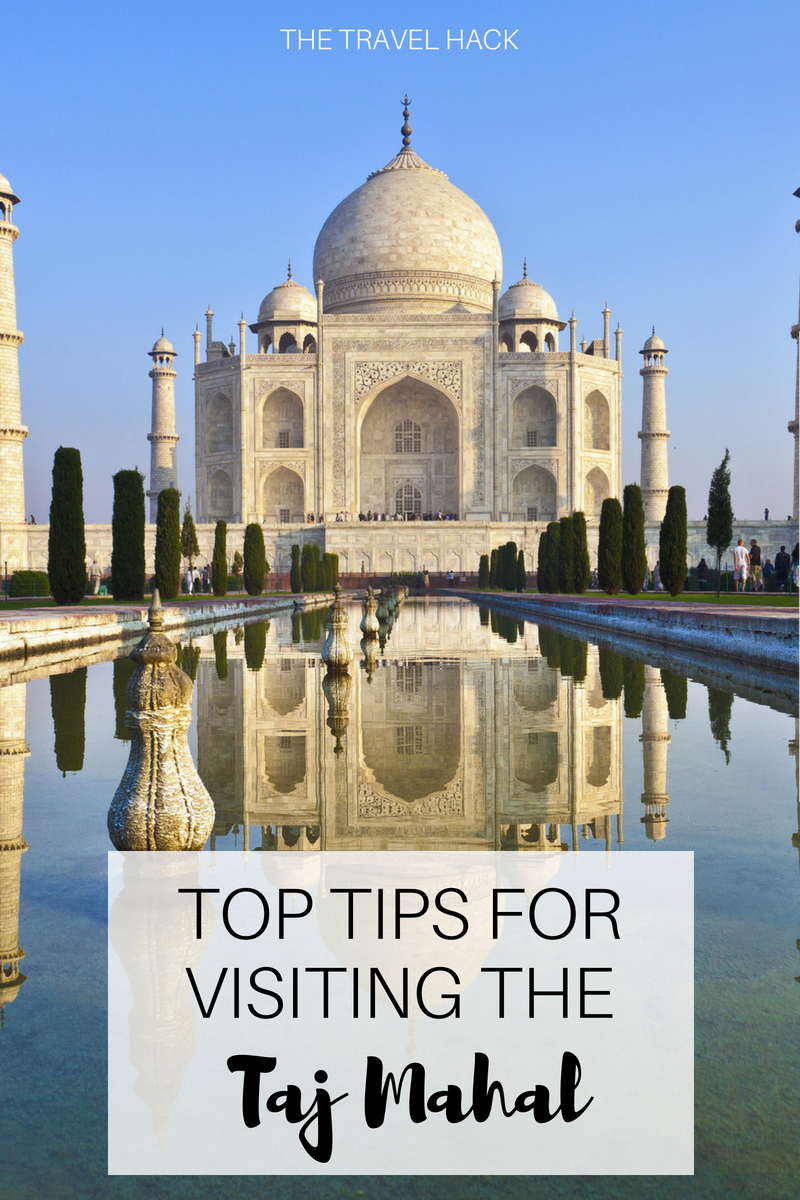 For as long as I can remember I’ve been entranced by the massive domes, the curved archways and the way the sun shimmers off the white marble.

If you’re travelling to India and you’re thinking about skipping the Taj Mahal because, let’s face it, we’ve all seen a million pictures of it already, I strongly recommend you reconsider. There is such a beautiful and magical atmosphere and photos really can’t do this incredible building justice. 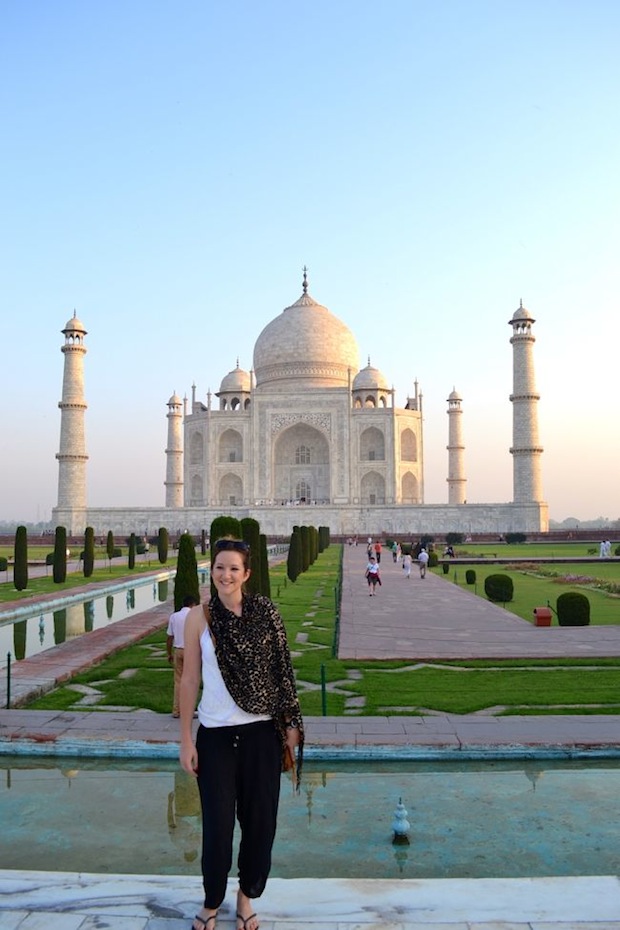 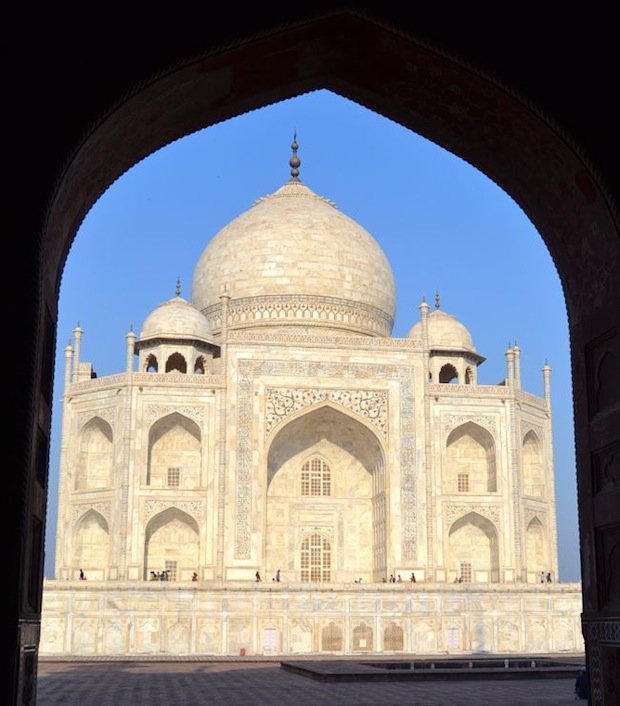 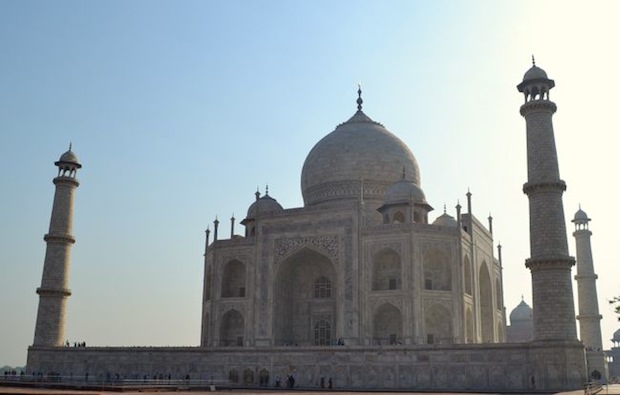 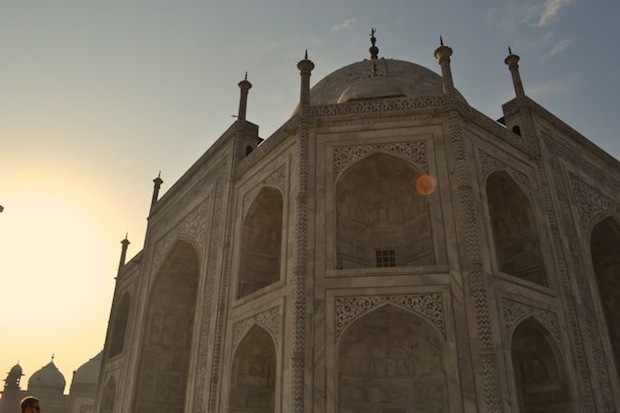 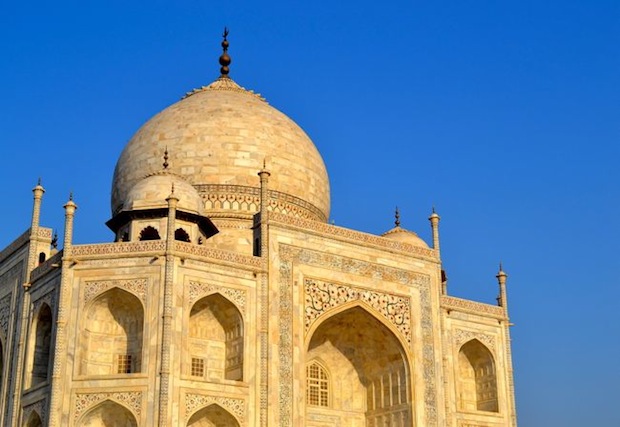 Taj Mahal Travel Tips: The history of the Taj Mahal

The Taj Mahal is a mausoleum built by Emperor Shah Jahan as a monument to his fourth wife who died after giving birth to their 14th child.

The Emperor wanted the Taj Mahal to be 100% marble but due to the weight it had to be made from brick and clad in the stunning white marble which comes from Varanassi.

Soon after the mausoleum was completed, Shah Jahan’s son had his father imprisoned, presumably because he spent so much of their money building the Taj Mahal.

Shah Jahan was placed in the Red Fort where he had a view over the Taj Mahal and stared at it for the rest of his days as he mourned for his wife.

It is said that he cried so much while staring at the Taj Mahal hat he eventually went blind because of all the tears and the building is thought to be one of the most romantic symbols of love in the world.

I don’t know how true this is but whoever let the truth stand in the way of a tragically romantic story?

The tombs of the Emperor and his wife are in an underground crypt but replica tombs can be visited inside.

There are three other incredible buildings surrounding the Taj Mahal and I couldn’t help but feel a bit sorry for them. If they stood on their own I’m sure they would be gawped at by tourists but when stood next to the Taj Mahal they are sadly dwarfed by its beauty.

The mosque, however, does provide the perfect frame for taking pictures of the Taj Mahal. 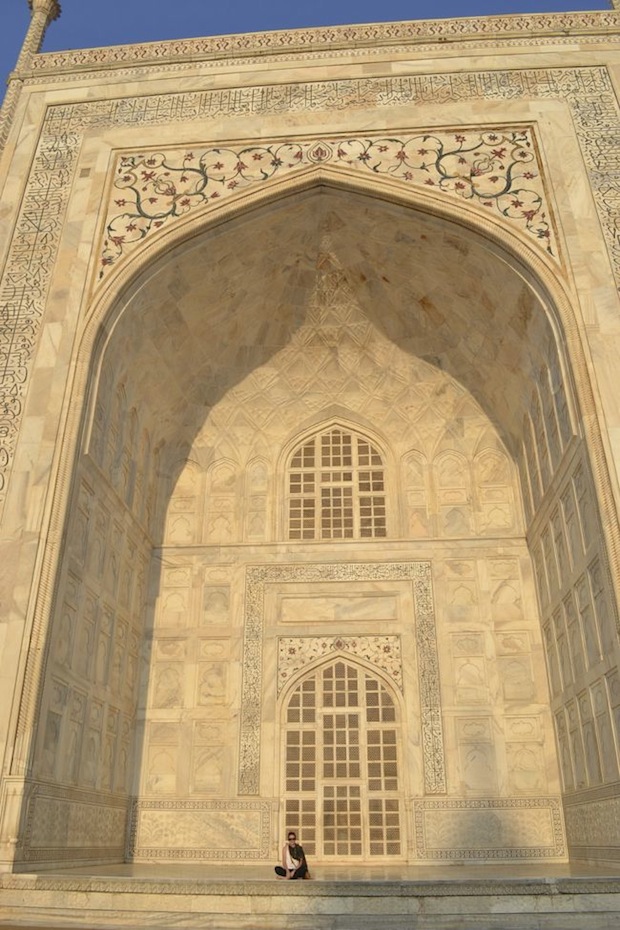 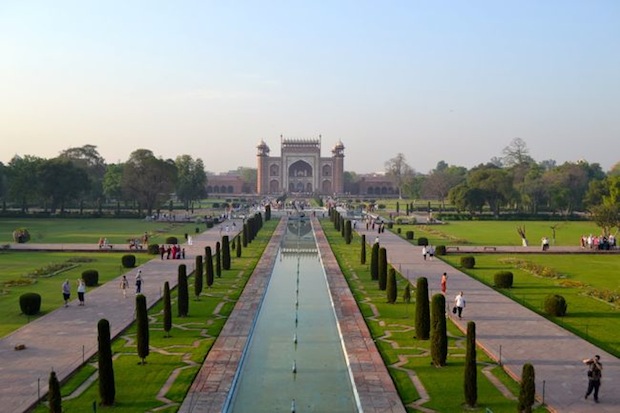 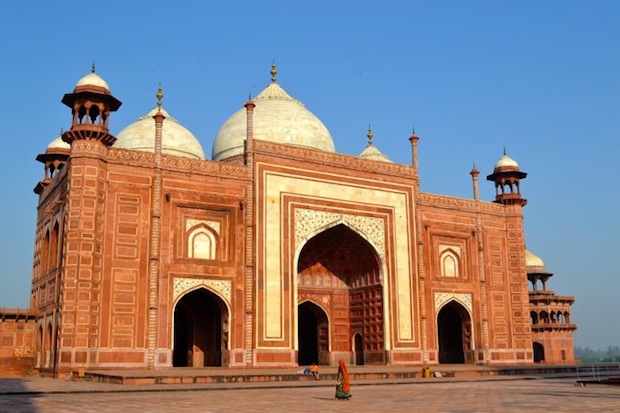 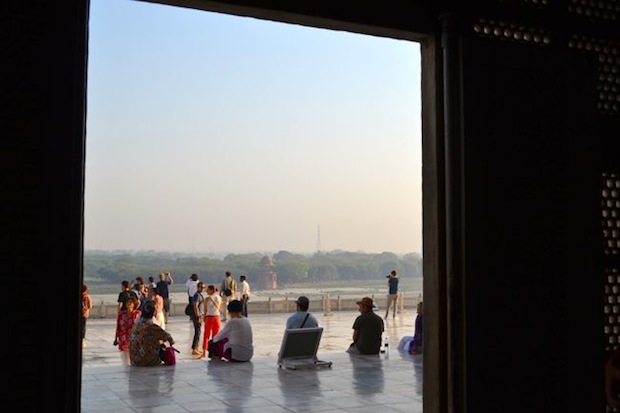 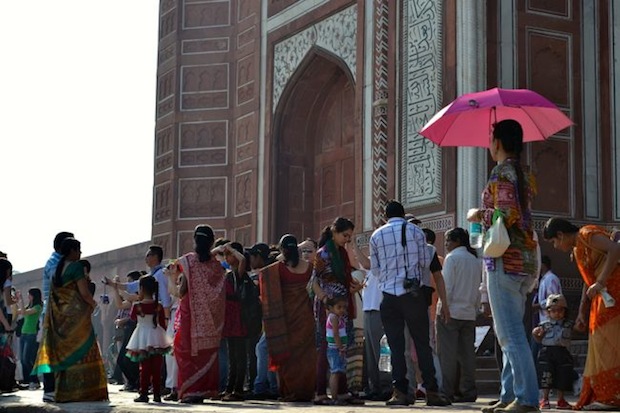 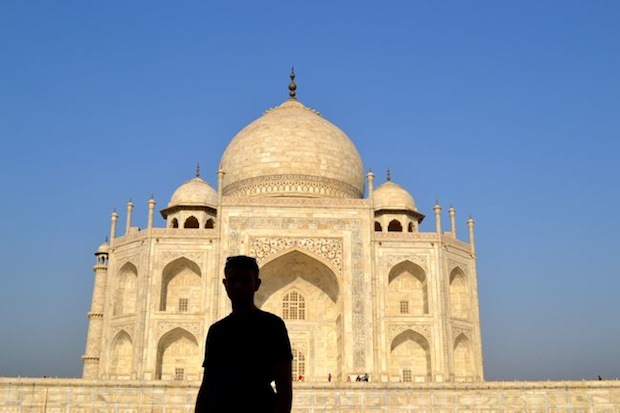 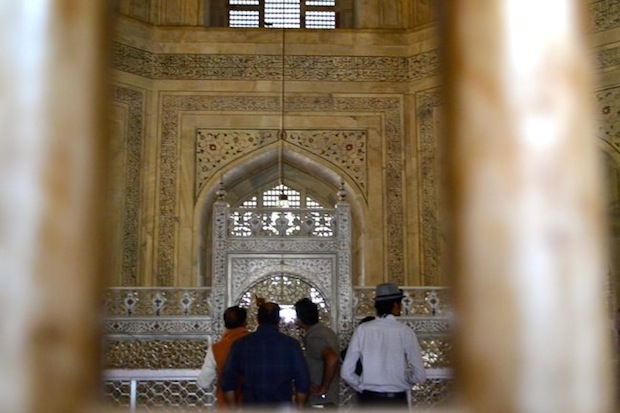 There you have it, my tips for visiting the Taj Mahal. If you’d like an even easier and stress-free experience then check out these affordable Taj Mahal tours with GetYourGuide. I’m a bit fan of GetYourGuide because you can easily book tours from home and know your trip is organised for you. 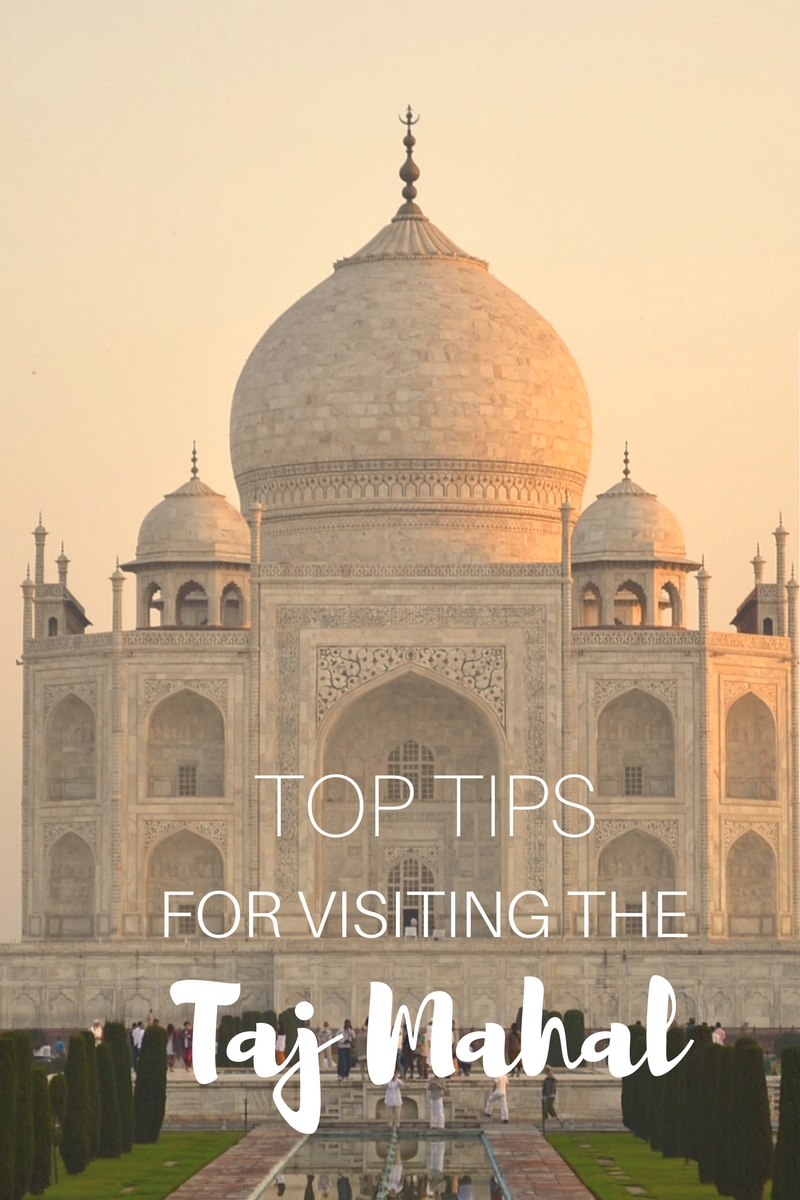 Travel Tips
I know what you’re thinking. You can’t possibly charter a private jet without breaking the bank. Private jets cost tens of thousands of pounds...

Travel Tips , UK
London is one of my favourite places in the world for a city break. There’s just so much to do and with each visit...

Travel Tips
When you tell people you’re a travel blogger the first thing they inevitably ask is, ‘Where’s your favourite place?’ To which we’d promptly reply,...