If there are any Back to the Future geeks out there, you’ll know that 2015 is the year Marty visits the future.

OK, ‘ride’ might be a bit of an exaggeration. I got to perch awkwardly in the driver’s seat while holding a hover board from the film!

It was during my TrekAmerica trip last year and we’d stopped at a gas station somewhere between Las Vegas and Yosemite. I can’t remember where, I just remember we were all a bit sleepy and hungover.

Sam was the only one to get out of the van but 20 seconds later he came rushing back, shouting something incomprehensible about the future and a car. We began to turn and look and spotted a small crowd around the actual car from Back to the Future.

The guy who owned it ran a business buying vehicles from famous movies and displayed them at festivals, exhibitions and parties. He was so proud of the car and was more than happy to show it off and let us sit in the driver’s seat.

He even had Marty’s denim jacket and a hover board from the set, and the sun shield had been signed by members of the cast. 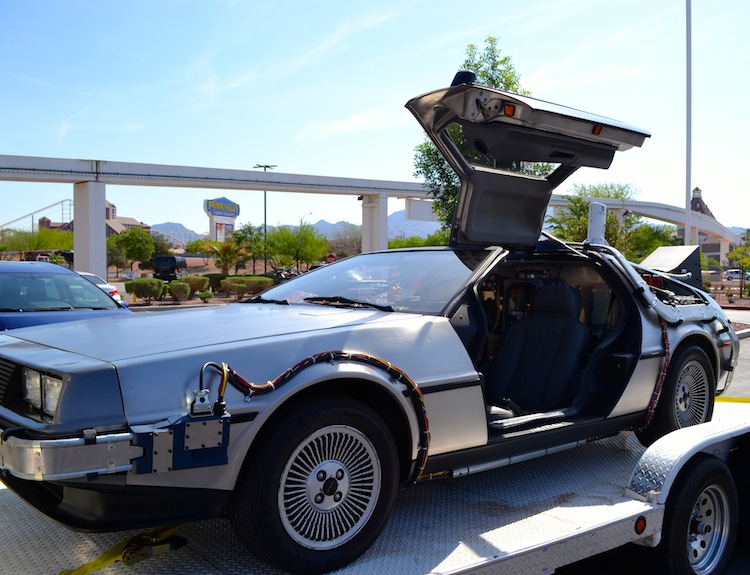 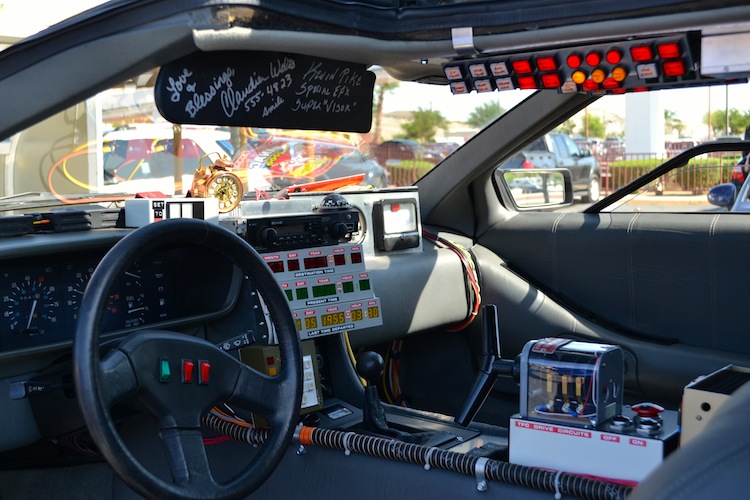 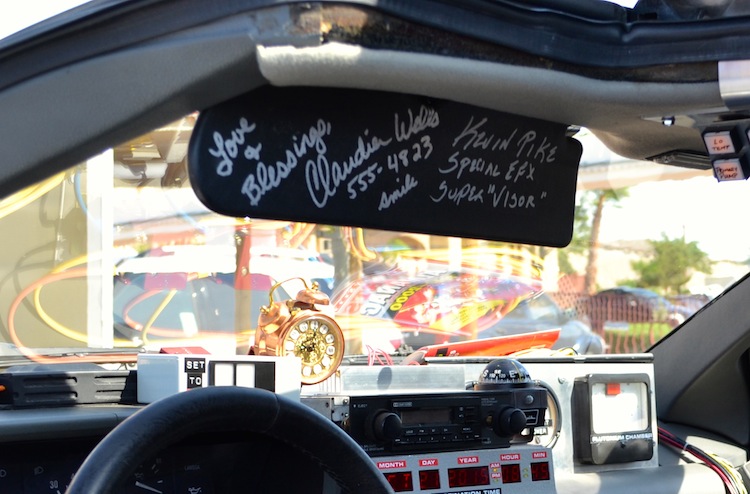 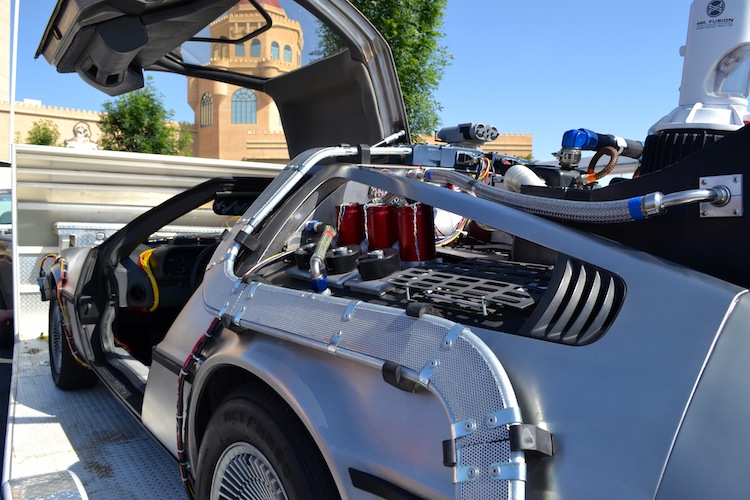 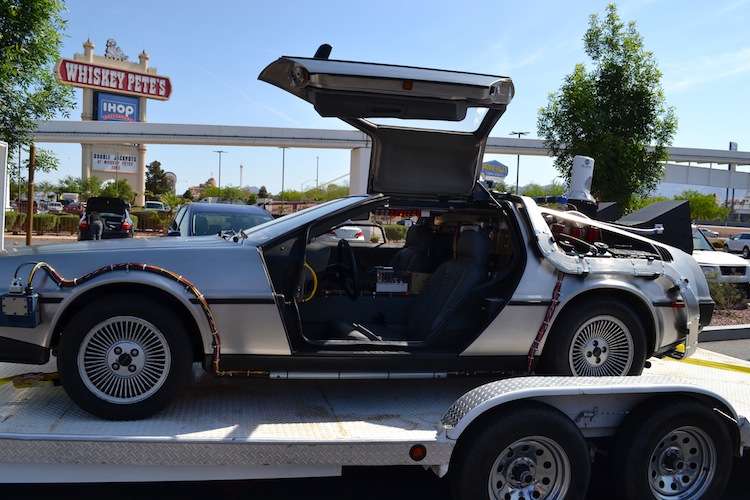 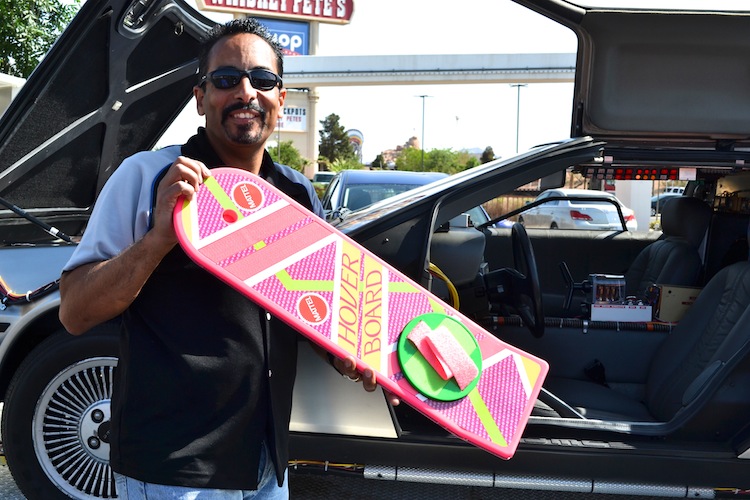 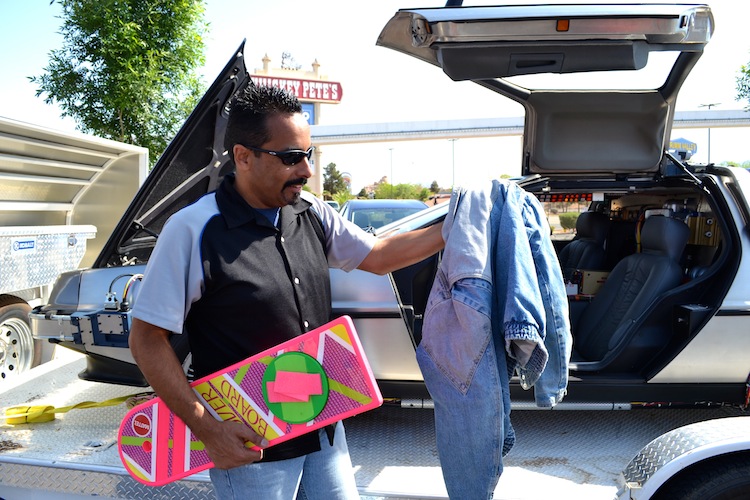 Moral of the story: You can even have a lot of fun at gas stations in the USA!

Last year I took the Westerner 2 tour with TrekAmerica and had the most incredible time.

You can see more of my TrekAmerica blog posts here.

Wow, that's so awesome you got to see it! I'm not a massive Back to the Future fan, but I can still appreciate how cool it would be to see the car.

How to be a Wanderluster

OH MY GOD THE DELOREAN! I am totally obsessed with the BTTF movies. I love how totally 80s the hoverboard and denim jacket are...they kind of missed the mark on futuristic there but that's what makes it hilarious!

Ahhh what an awesome surprise! Definitely a good example of one of those "only in America would this happen" moments!