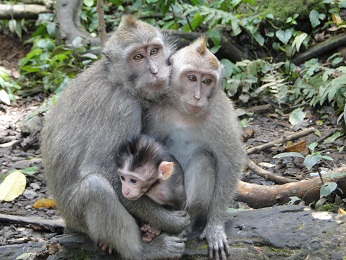 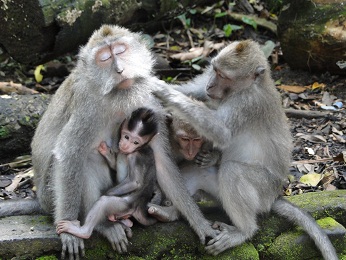 The official name for the Monkey Forest is ‘The Sacred Monkey Forest Sanctuary’. These monkeys have been living here for hundreds and hundreds of years and the three Holy Monkey Temples were built during the mid 14th century. 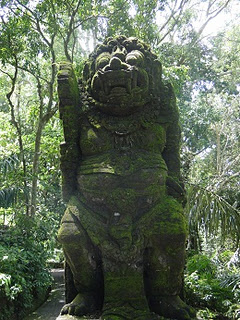 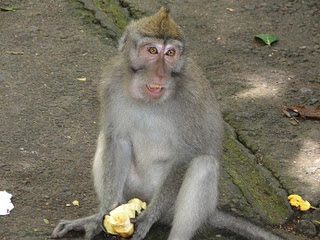 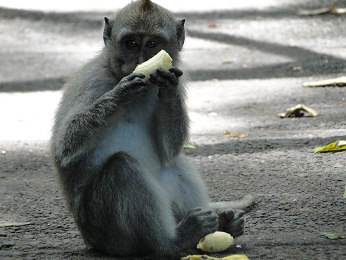 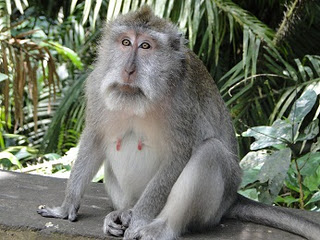 There are the three grand old temples, two graveyards and intricate monkey statues everywhere; these all look amazing because they’re covered in bright green moss and parts are a bit crumbly and decrepit. If felt like a magical world when compared to the hot and humid street outside. On the outside of the walls there were crowds milling around, people selling anything and everything you could possibly want or imagine and we were followed by the hopeful chant of ‘Taxi?’ Then we stepped into the forest and it was suddenly cool and calm and we were surrounded by the peaceful sounds of the forest; birds chirping and streams flowing and everything was lush and green and beautiful. It felt like stepping into the monkey scene from The Jungle Book only there were definitely more monkeys! 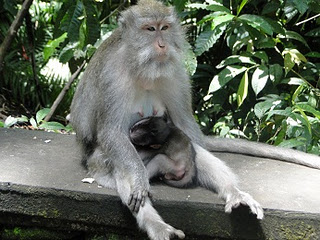 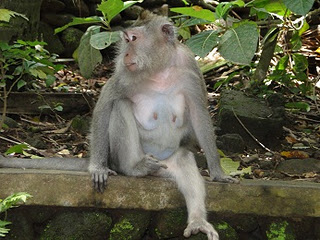 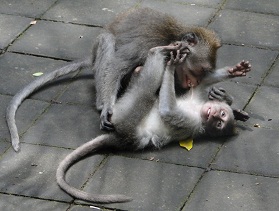 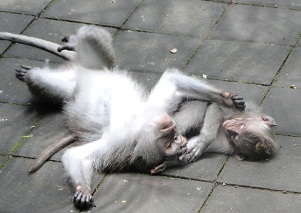 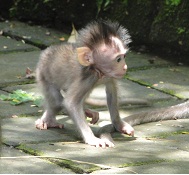 When we first walked in, they were absolutely everywhere. It felt as though we’d walked into a nursery area bceuase there were mainly baby monkeys, clinging to their mothers. There were also the more adventurous youngsters who were being chased by their mothers and then hugged tightly to stop them running away. It was so human the way they sit and behave that I could have watched them all day. 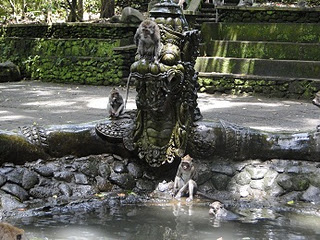 Next we came to a crumbling pond where the monkeys were swimming – actually swimming! They swim exactly like we do with their heads under the water and it was like watching a bunch of teenage boys playing in a pool. They were play fighting, splashing each other and climbing onto the monkey status to dive bomb back into the pond. And I swear that I actually saw a queue to climb up and jump in! 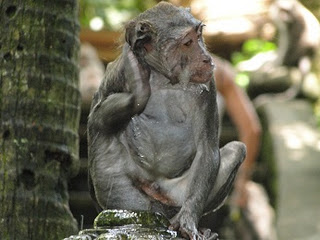 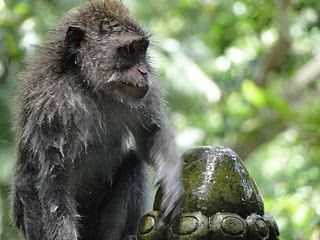 We walked a bit further and could instantly sense a change in the atmosphere. The forest noises were occasionally interrupted by shrieks, squeals and snarls, and some of the squeals were tourists! This seemed to be where the males hung out and there was definitely some testosterone in the air. Every few minutes, you could sense some hostile tension before a giant monkey brawl would erupt. One monkey would usually run away squealing with his head hung low and then the peace was quickly restored and they would all return to their sunbathing. 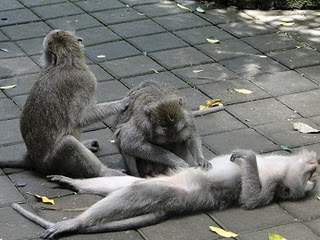 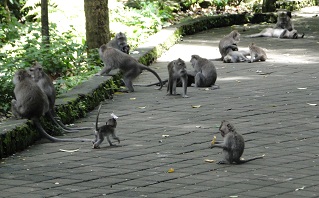 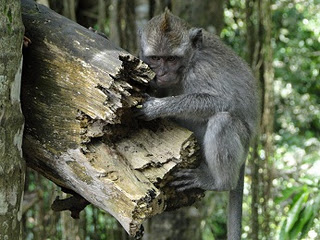 If anyone was holding back with their bananas in this area, the monkeys would pounce. They would climb all the way up to the person’s shoulders and take absolutely everything they had. Some people loved this and would tease the monkeys until they climbed up their bodies and pose for a photo. This was fine with the younger, smaller monkeys but the bigger males were pretty aggressive. I was secretly a little bit pleased when these silly tourists ended up getting hurt or scratched by a big old monkey. 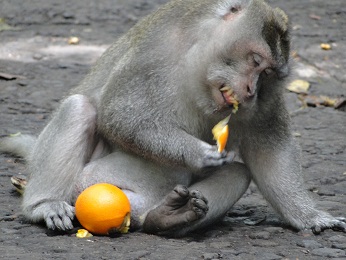 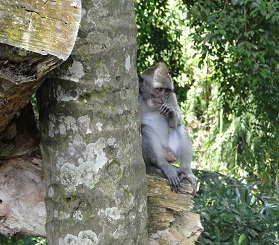 We managed to make it past all the aggro monkeys and came to another temple where there were loads of them stretching out in the sun and getting groomed. This was like a monkey salon and looked very relaxing.
Sometimes, the monkeys would grab people’s bags and take things they shouldn’t, and once a monkey had your bag, there was no getting it back. One monkey had got hold of a giant bag of chewing gum which was really sad to see. He sat there and munched the whole bag and wouldn’t let any other monkey near him. He took a piece, one at a time, and would chew it 2 or 3 times before pulling a funny face, spitting it out, and moving onto the next piece. He must have had minty fresh breath after that. 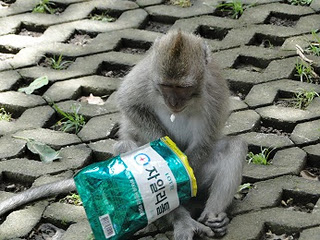 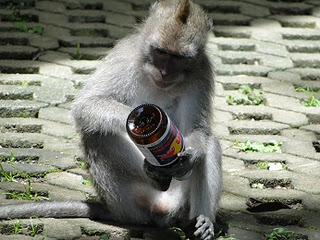 There was also a monkey who got hold of a glass bottle of Red Bull and became very attached to it. He had several fights to keep hold of the bottle, even though he couldn’t get the lid off, and he was very pleased with his prize. Eventually, a couple with a bag full of bananas managed to distract him for long enough to get it in the bin. 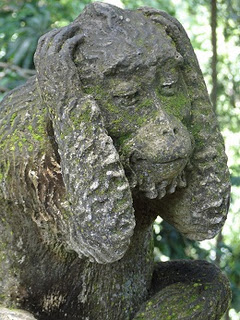 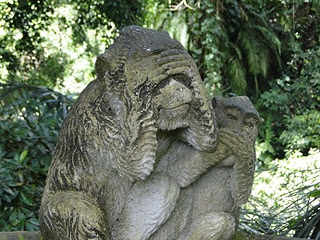 As you can see, I got a little snappy happy in the Monkey Forest. It was a surprisingly good day out. I was expecting it to be another busy tourist attraction so I liked the fact that the monkeys have been there for hundreds of years before the tourists ever arrived. 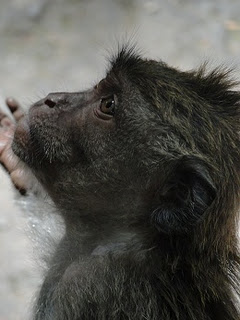 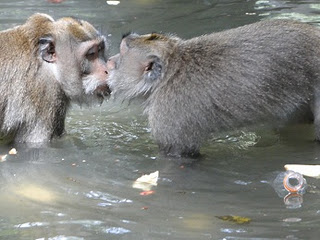 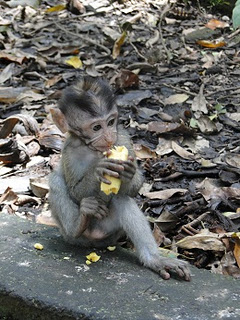 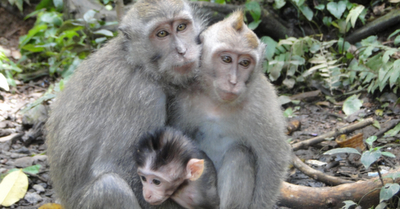 Asia , India , Packing Tips , Travel Tips
Since I’ve come back from India one of the most common questions I get asked by women is about what women should pack for...

Asia , Diving , Flores , Indonesia
Luban Bajo in Flores, Indonesia, is quickly becoming a popular tourist destination for backpackers looking to get away from the usual routes and see...

Bali , Photo Journey , Photography
These photos are from the USAT Liberty Shipwreck in Bali. You can read more about the dive and see even more amazing photos here:...