I hope you’re all enjoying a fabulous Christmas break and you’re all sporting pudgy Christmas bellies filled with mince pies and far too many turkey sandwiches.

I know I’m 27 years old so, technically, I’ve been an adult for a very long time. But I haven’t really been an adult.

I still eat ReadyBrek with Nutella for breakfast and I often watch cartoons over the news. I can’t cook and I feel like a fraud when I have ‘grown-up conversations’ about bills and council tax and, you know, grown-up stuff.

The reason for my sudden grown-up realization is because I have a house! I’m a home owner! I have keys and everything!

I’ve been hinting at this whole house buying malarkey for a REALLY long time now. The deal has been on and off so many times in the past six months that I began to wonder if it would ever go ahead. There was even a point where I didn’t care if it went ahead, I just didn’t want to ever speak to another solicitor or estate agent again in my life.

I collected the keys just over a week ago and merrily sped to my new house. The garden was so overgrown that I couldn’t even park on the drive so I abandoned my car outside and clambered through the bushes and brambles. I crept into the house like an intruder, quietly walking from room to room as I opened cupboards and draws in the hope of finding a forgotten treasure.

The house has been empty for more than three years and has had no maintenance done to it for what looks like more than 50 years. So when I say it’s in need of a little TLC, I’m being very kind. The place is a wreck.

I initially came across the house on Right Move early this summer. We’d been looking for a house for a few months but anyone who has been through this process will know it’s a slow and painful experience.

As soon as I saw the house online I squealed so loud that Sam came running into the room to check I was still alive.

‘I’ve found it,’ I told Sam with dead-set certainty. ‘I’ve found the house.’

As soon as I saw it I knew it was the one. It sounds like a corny love story but I genuinely believe there’s more to buying a house then just ticking the right boxes. There’s a certain feeling that comes with a house and it’s something you can’t explain or even understand, you just know when you have it and when you don’t.

There was a time when we were going to give up on the house. It’s a lot of money, a lot of work, a lot of time and a lot of effort. There are cheaper, easier houses out there. Houses we could move straight into and set up home in time for our new baby.

Who wants a cookie cutter house when you can have a riverside cottage?

Admittedly it’s a riverside cottage with no windows, kitchen, bathroom, plaster or water but one day it’s going to be the perfect home.

One day in the very distant future… 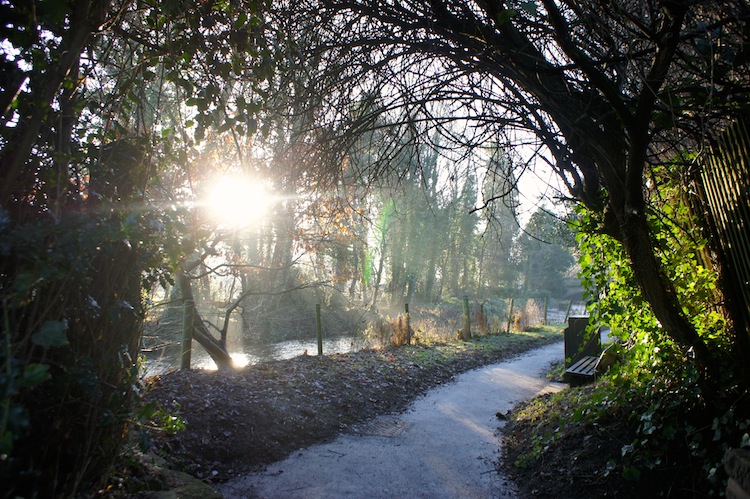 ^Buying a house next to a river comes with its pros and cons. Pro: This is at the bottom of our garden. Con: It’s been known to flood from time to time. But we won’t talk about that.

As I’m nearly 7 months pregnant (oh yes, that’s another reason why I’m feeling a bit like a grown up) so I can’t do a lot in terms of house renovation. I’m cutting back brambles in the garden and sitting by the river as I dream up plans for the future.

Here’s a sneaky peak at what the house is looking like so far. You’ll need to use your imagination! 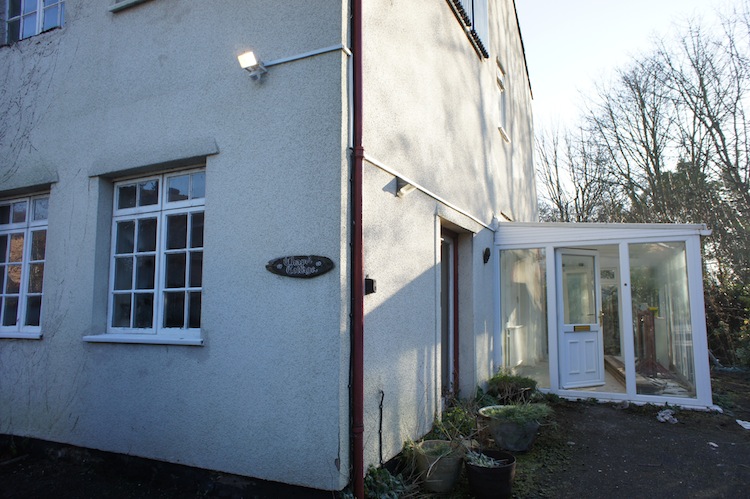 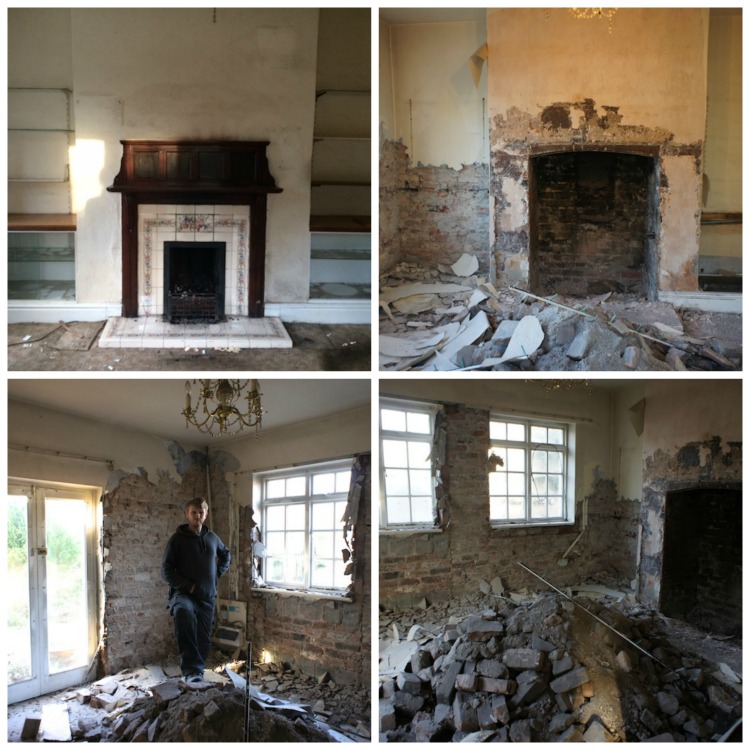 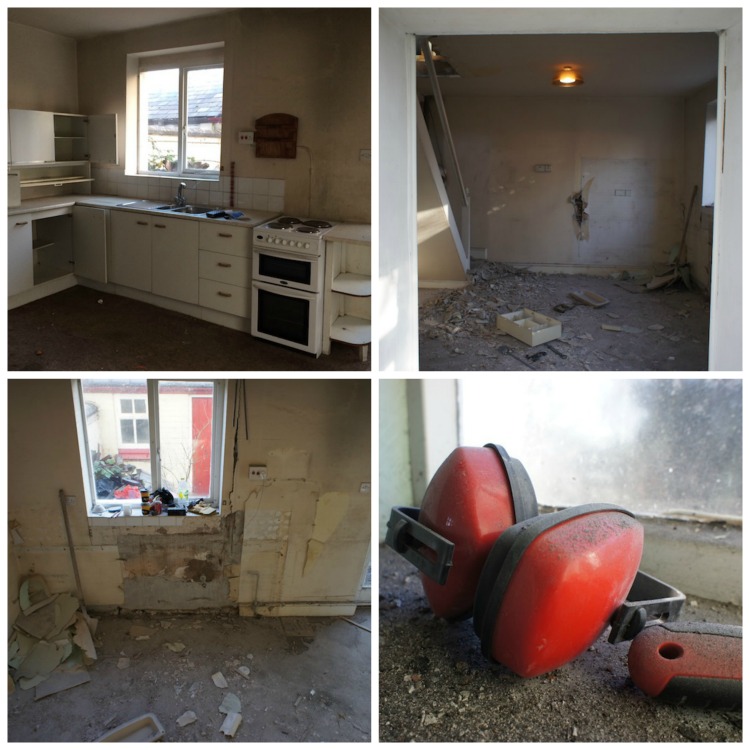 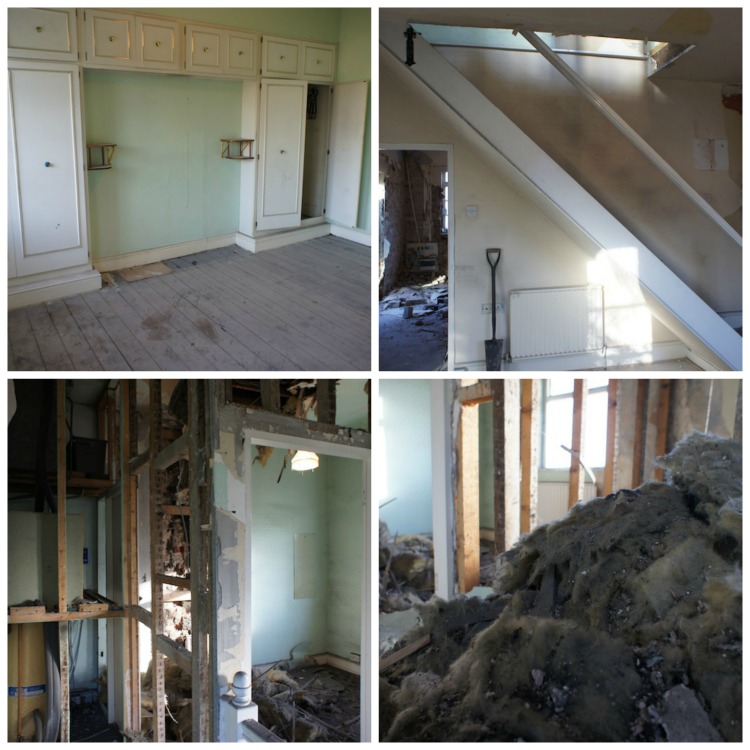 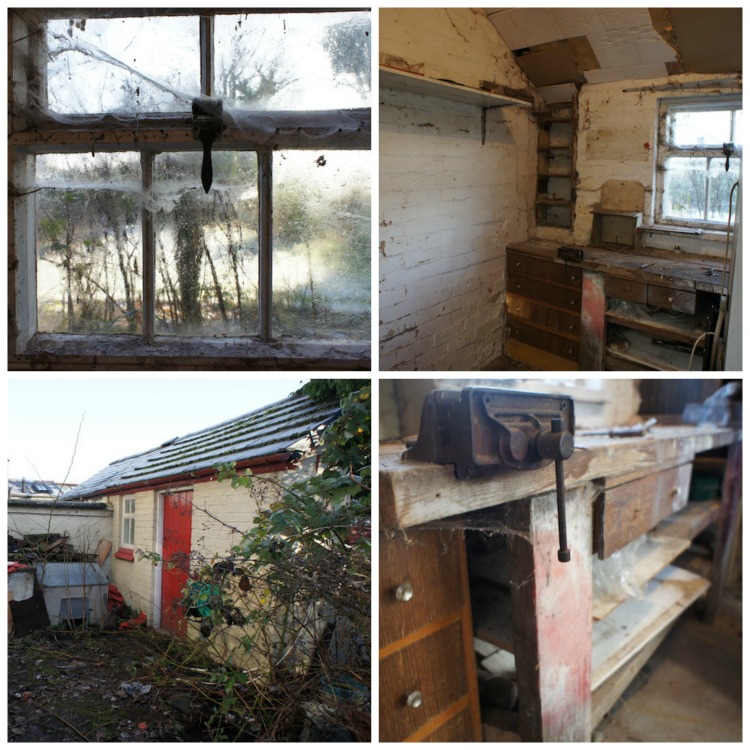 The project I’m most excited about is in these final 4 photos. This is a little outhouse we hadn’t previously seen before we bought the house. It was surrounded by a fortress of brambles and so full of junk we couldn’t get inside. It’s turned out to be a little gem and will eventually be my blogging office. It’s surprisingly big and Sam will be inserting a log-burner and a new bathroom and converting this old workbench into a desk.

Hopefully, I’ll be able to post another update in a few months when it has actual walls and windows that won’t fall out at any second.

I feel heart palpitations and stress looking at a renovation, but how exciting when you see the after photos!! I'm so jealous though, I have always wanted a home in England in the country. Can I live in your garden? lol... I kid I kid... Your home is absolutely lovely, I just saw your blog on your attic bedroom as well. So nice!

The house renovation project: Eight months on… - The Travel Hack

[…] had it tough over the last few months because he’s been working on our new house. We’ve been renovating a house since Christmas and Sam’s been there every spare second he […]