There is no way to gracefully fall from a dog sled. They make it look so easy as they stand on the back of the sled with their army of powerful dogs ploughing through the snow. But they don’t tell you is a dog sled is really difficult to stay on!

Well, for someone who has a habit of flinging themselves to safety as soon as they’re scared it is. And this time, safety came in the form of a thick duvet of white snow that I couldn’t help but launch myself onto each time the dogs sped up. And they really do speed up!

I was visiting Sun Peaks in Canada during a work conference with Flight Centre. (Best place ever to have a work conference, by the way!) We had some free time for skiing and relaxing and, the thing I was most excited about, dog sledding! 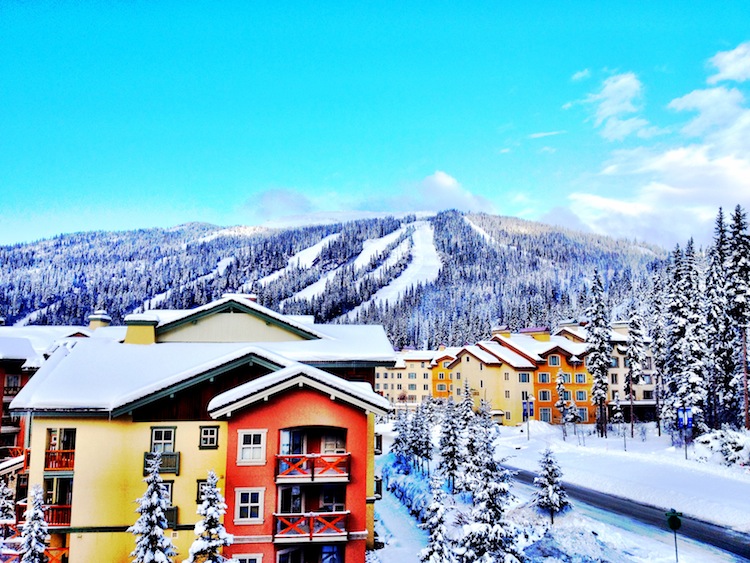 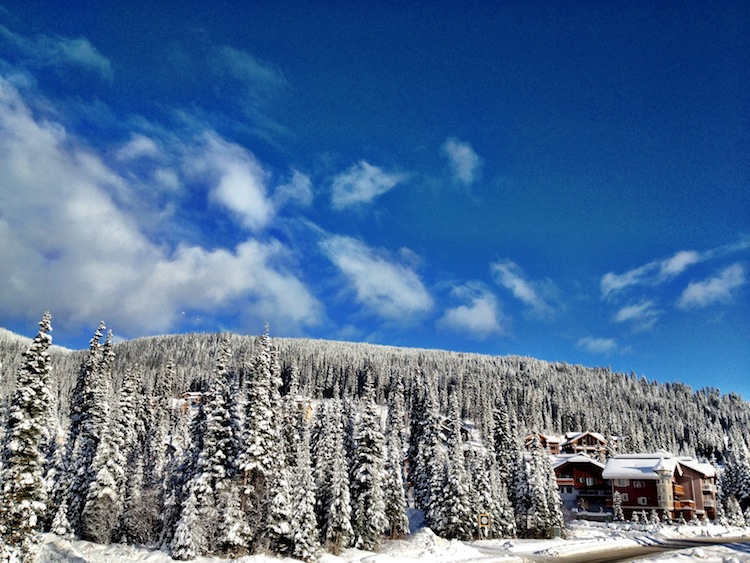 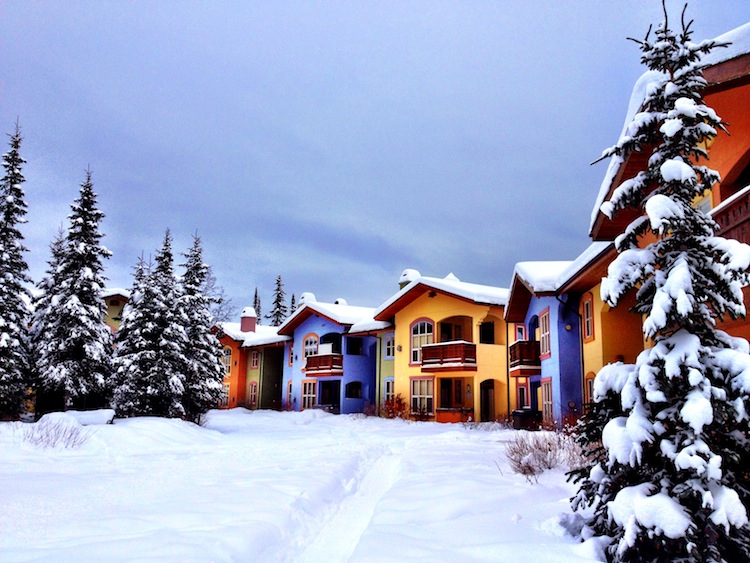 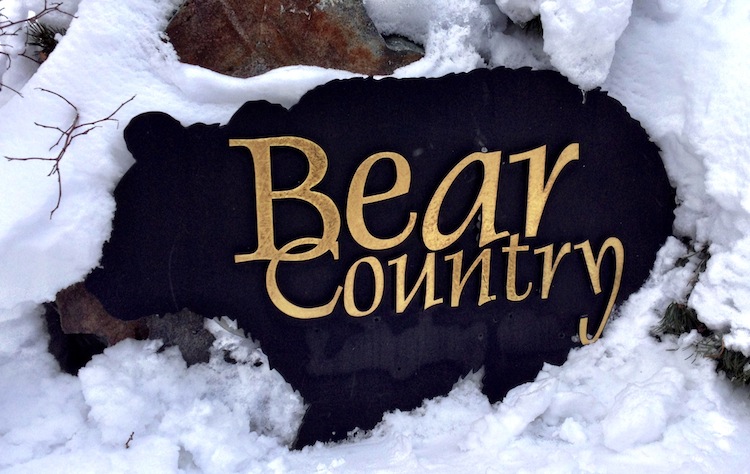 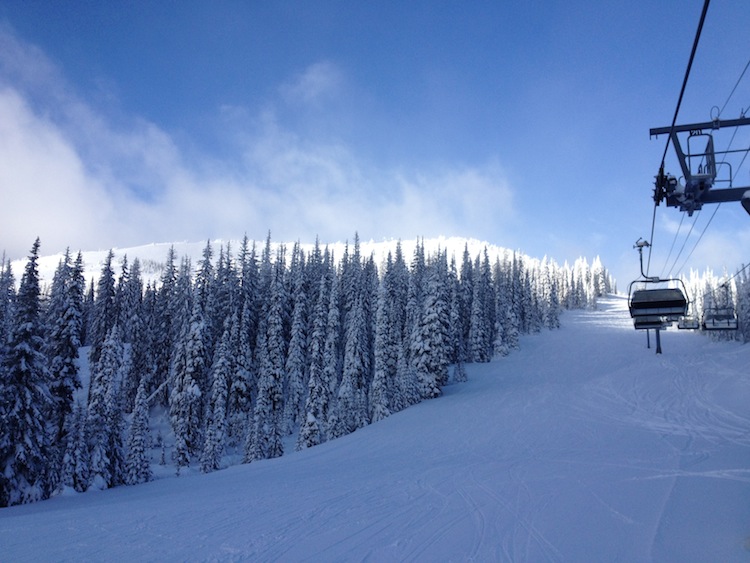 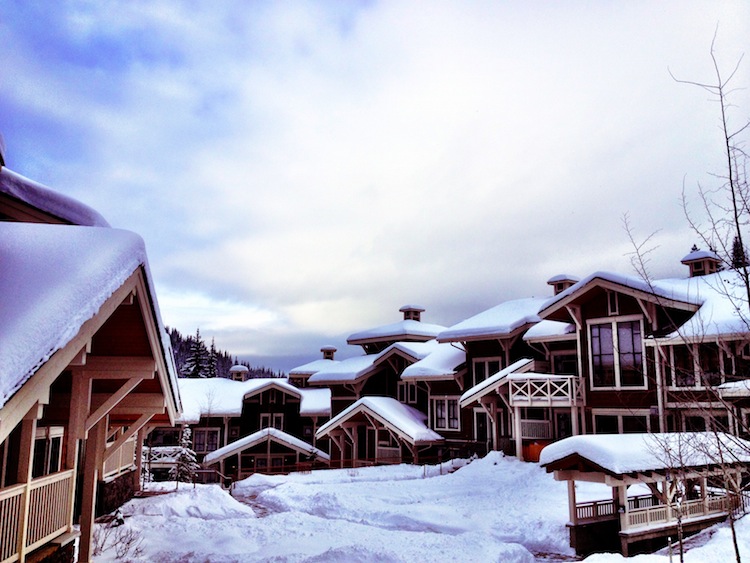 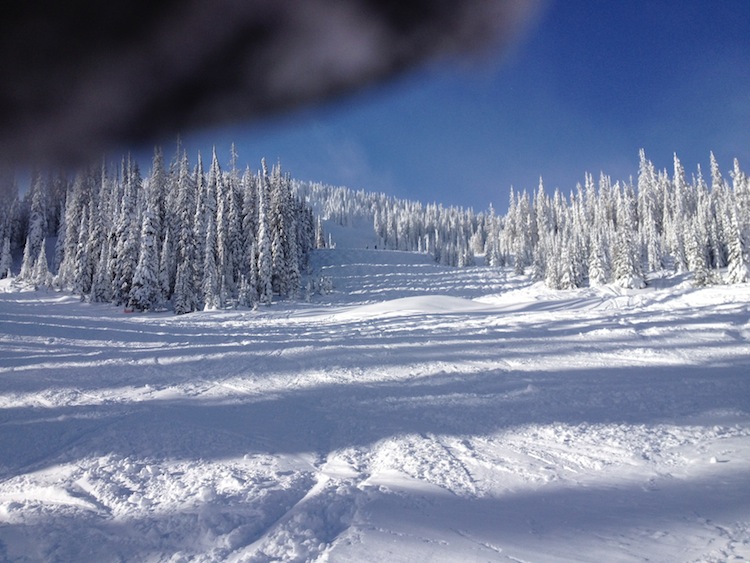 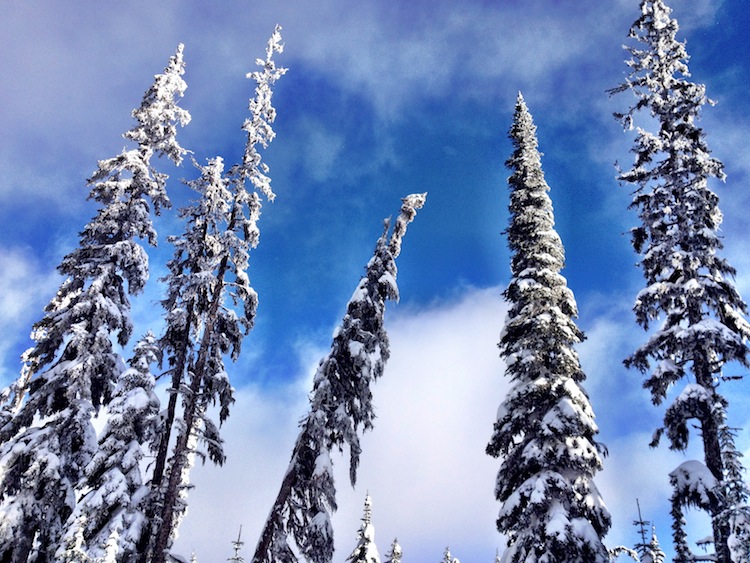 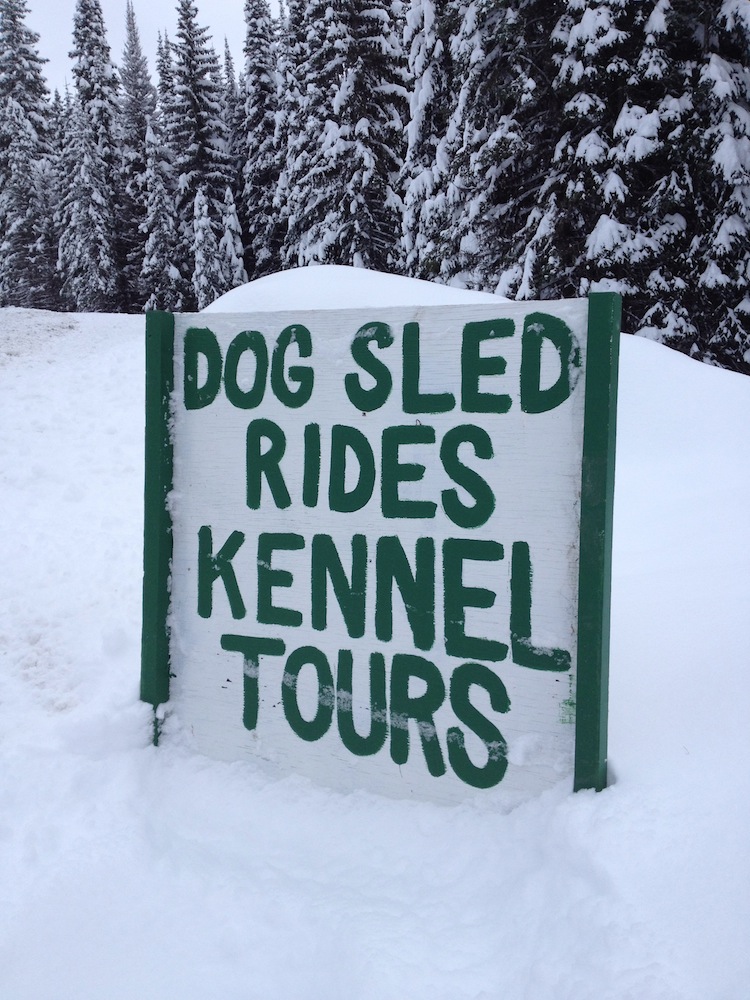 As soon as we approached Dog Sled HQ, the dogs were jumping around and springing in the air and howling and yapping and whining.

The dogs take it in turns to pull the sled and the managers walk around to select the dog that should pull the sled for that run. They choose them based on their last run, their age, their strength and their energy levels and then pair them with a dog to match their speed.

They spring up ridiculously high to catch the attention of the manager as though they’re trying to prove they’re the best dogs for the job.

I’ve heard some people suggest that dog sledding is cruel but these dogs definitely love to pull the sled. The cruel part is leaving some pups behind as though they haven’t been invited to the party. You see them instantly start to sulk as their tails stop wagging and they mope into their kennels. I would have taken them all with us if we could. 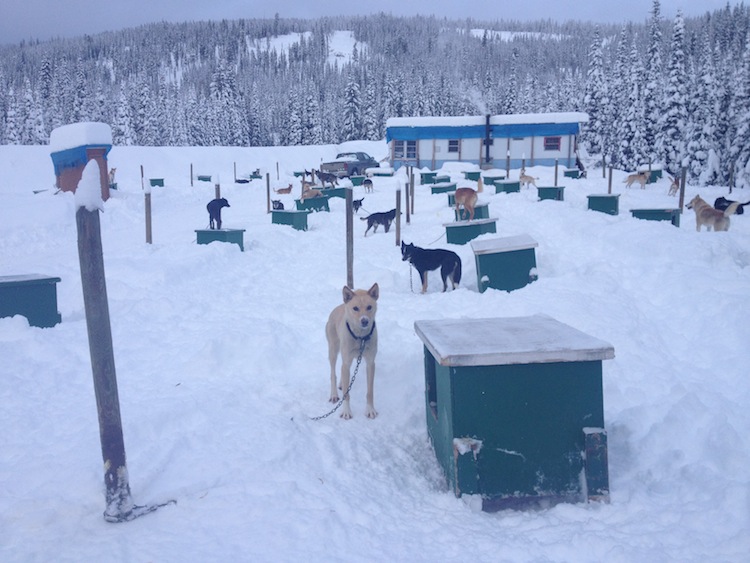 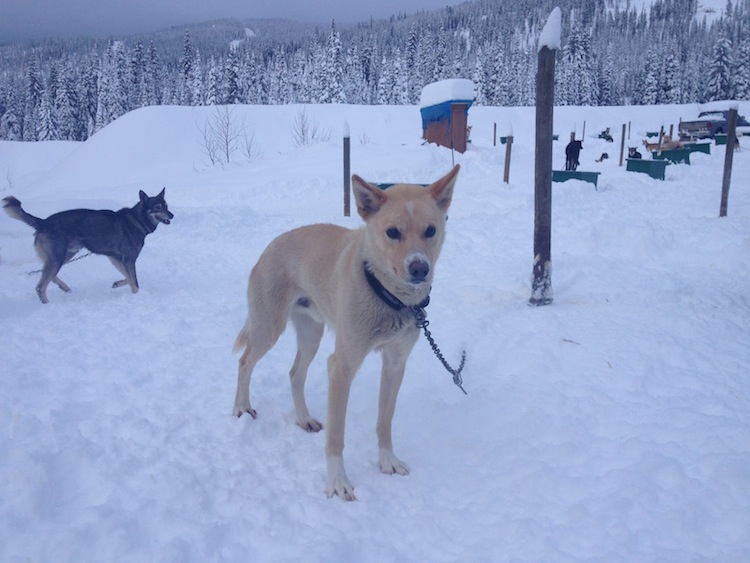 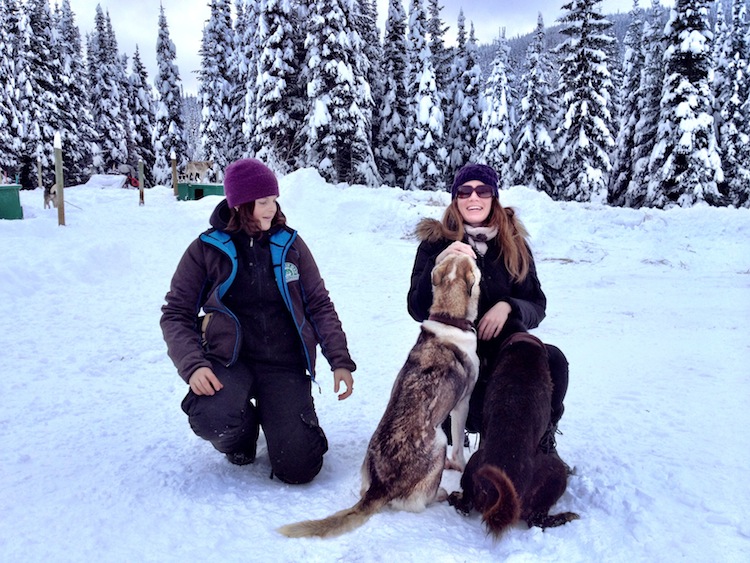 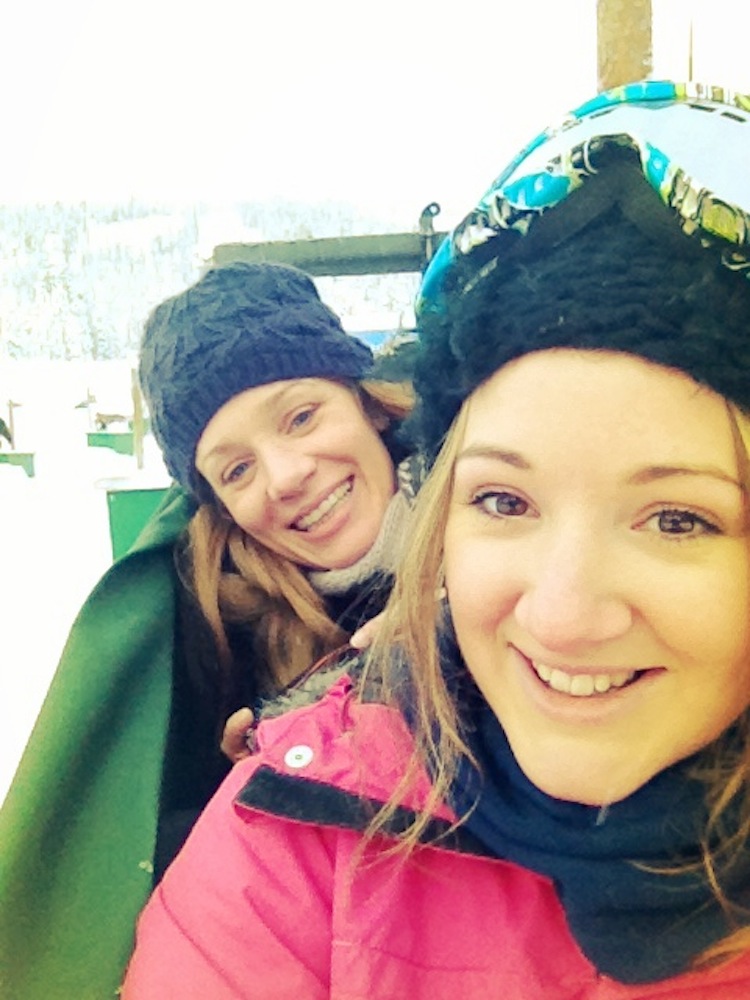 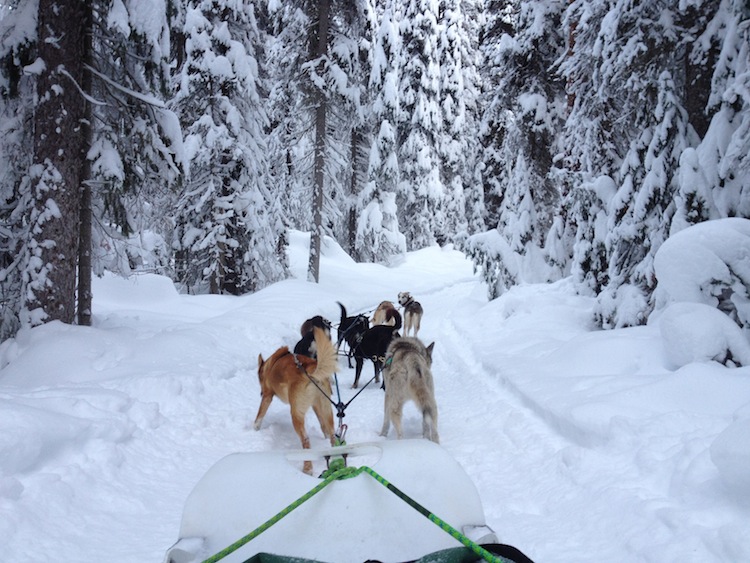 I began the journey inside the sled, tucked up warm with a blanket across my knees and a protective shield around me.

Through the din of the barking and howling, the dogs were given the command to start running and it was like being whisked away into a different world.

Each dog was instantly silenced as their heads came down and they began to pull with all of their strength. The sudden silence was breathtaking and before long I could hear nothing but the wind in my ears. The world whizzed by in a flurry of nothing but white snow and clouds of steam coming from the dog’s panting mouths.

We flew around a pre-dug path, winding through the snowy trees and up and down huge, snowy banks. The dogs didn’t falter and worked as a perfect team to pull the sled.

We were joined by an older dog, Jet, who wasn’t tasked with pulling the sled. She’d retired from sledding but no one could stop her coming along and she ran alongside the sled, occasionally barking encouragement at her fellow pups.

Eventually we slowed down and voice appeared from behind us, ‘Who’s up next to steer the sled?’

I was perfectly happy sat snugly inside the sled but I knew this was a once in a lifetime opportunity and not something I should miss.

I climbed out of the sled and took up position on the back where I held on tightly to the break to stop the now bounding dogs from pulling us away. I was told to lean into any bends and slowly let go of the breaks.

Excitedly, I braced myself and began to loosen the breaks.

Before I knew it the dogs were off and I was in a heap in the snow.

OK, that didn’t go too well.

Thankfully the dogs were very well behaved and didn’t run too far as I lumbered after them like the abominable snowman.

I loosened the breaks even slower, allowing the dogs to crawl along as they hurled themselves against the breaks.

This was beginning to resemble my first driving lesson whereby I crawled along the road doing 20mph while feeling like I was Lewis Hamilton in an F1 car.

As I gained in confidence we got faster and faster until we reached a dreaded corner and I was once again flung from the sled.

I eventually made it back inside the sled and allowed someone much more capable than myself to steer! 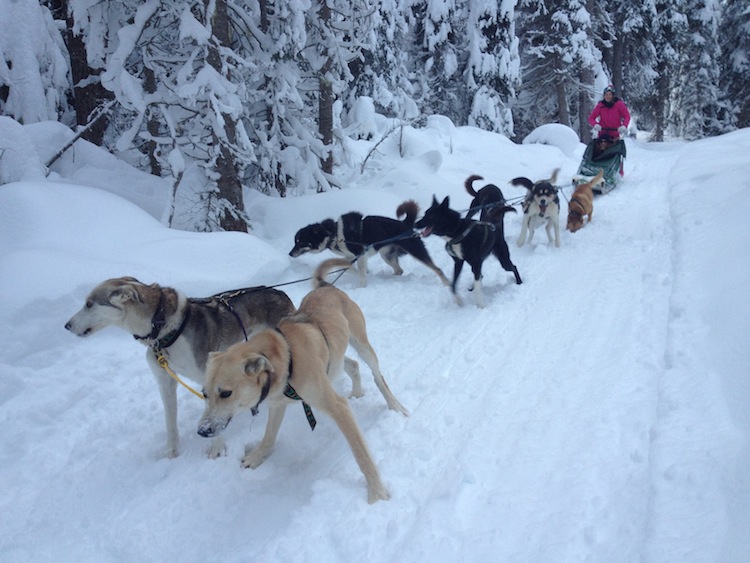 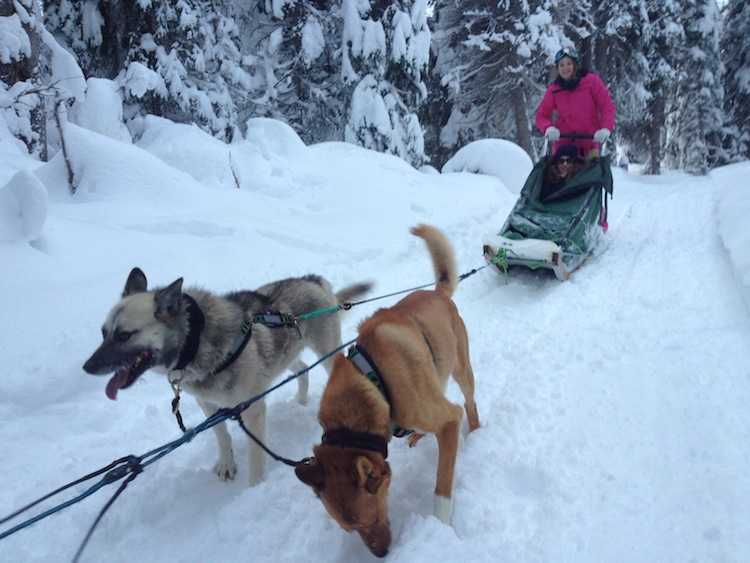 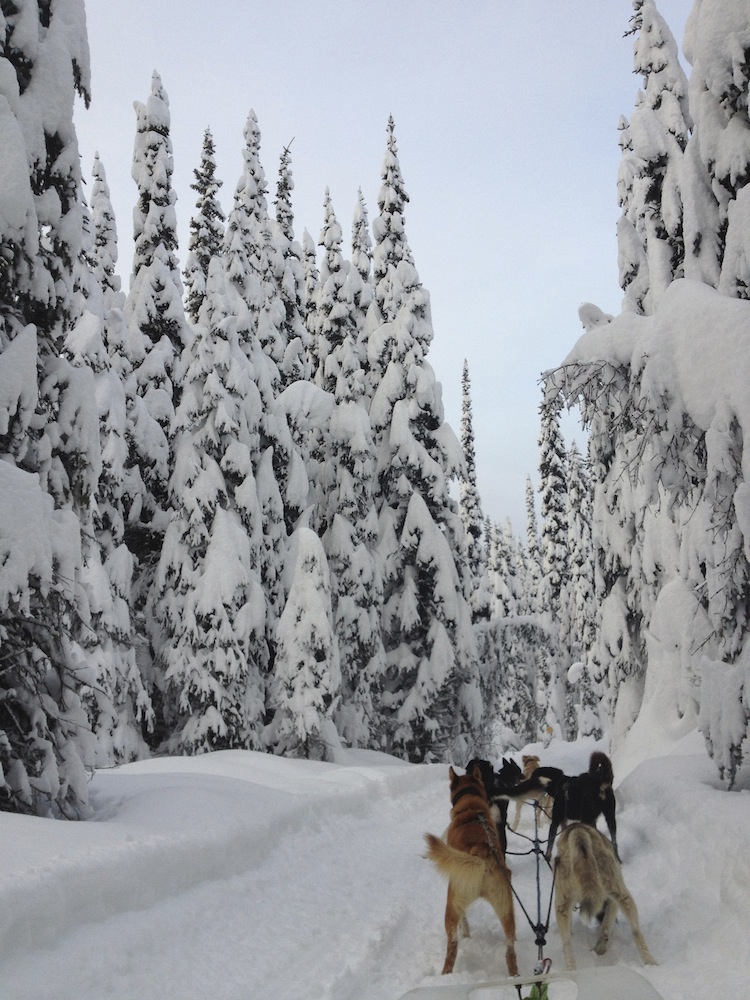 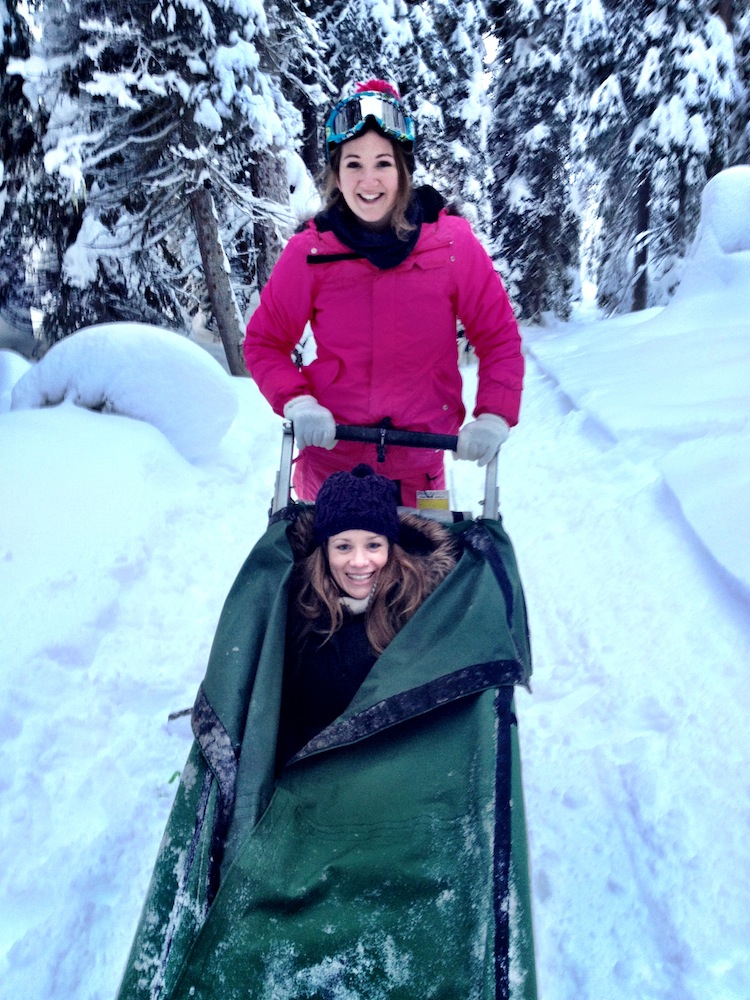 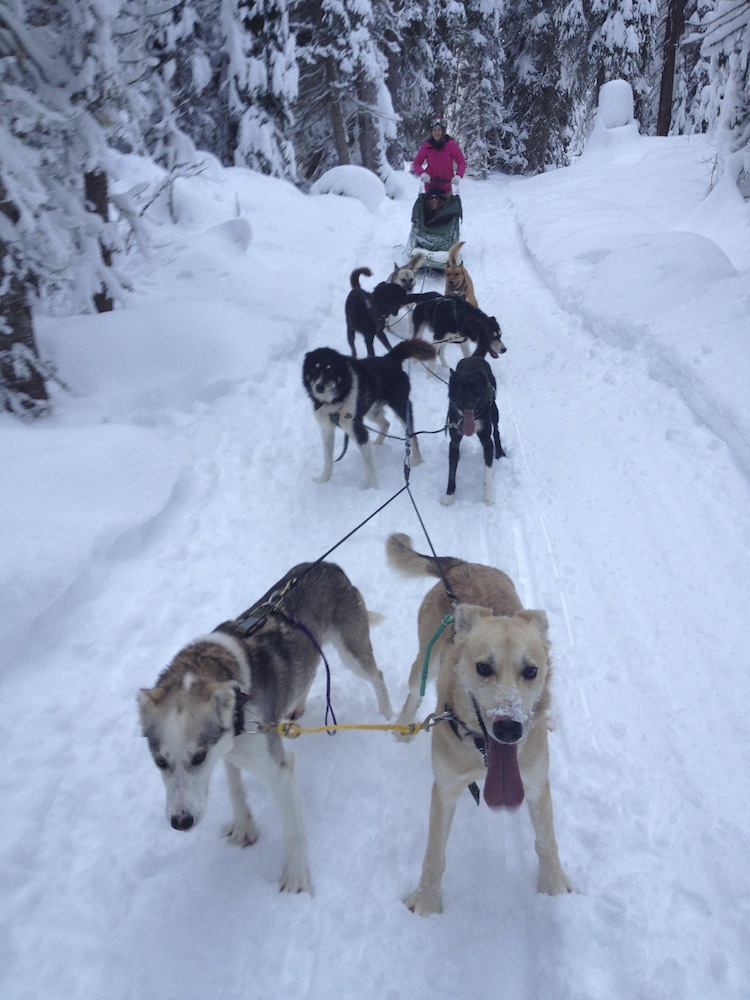 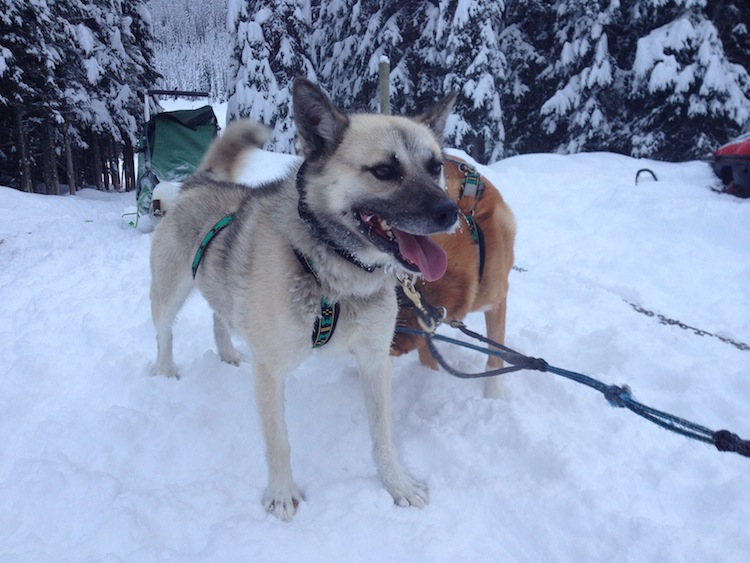 Once we got back to Dog Sled HQ, the dogs were calm and relaxed. There was no barking or howling and they allowed us to pet them and tickle their bellies, proving they’re exactly the same as any other pet pooch, just with a hell of a lot more energy!

Love that you posted your "glove in the frame" blunder shot! Your writing and photos are genuine and beautiful.

oh my goodness Monica it looks like you had the time of your life! Im so jealous!

Leah of The Mochilera Diaries

This post cracked me up! I could perfectly picture you lumbering after the sled all bundled up in snow gear. Such gorgeous photos too!

You took these gorgeous pics on an old iPhone?!

Whereabouts in Canada is Sun Peaks?

Thanks Rob. This was a few years ago and all the photos were taken with an old iPhone. It just shows you don't need a fancy camera when you're somewhere really gorgeous. Blue skies + white snow = gorgeous pics.