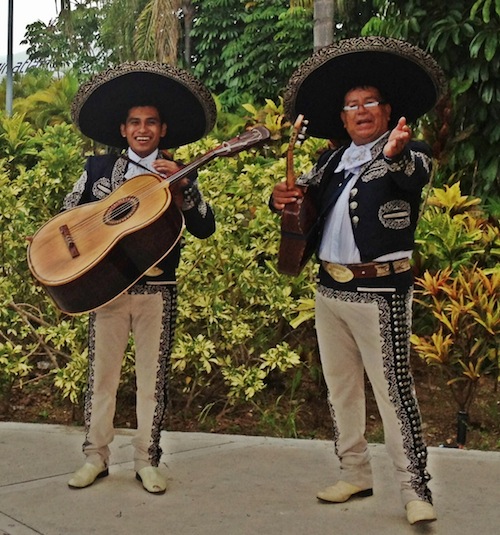 The weekend started with a bang as we boarded our private plane to Mexico on Friday afternoon. I was told that it’s usually only football clubs and government parties who charter an entire plane so I couldn’t help but feel special with our privileged service.

Once in the air the plane became more like a buzzing bar on a Friday evening as people mingled and caught up with old friends. We had an expert team of staff who specialize in keeping rowdy passengers quiet and the eight and a half hour flight literally flew by. It wasn’t long before we were emerging from the boozy cabin and out into the thick, hot and humid air of Cancun.

I say thick, hot and humid in a good way, of course. For us Brits, anything that represents warm, summer weather is a welcome relief from our usual chilly drizzle.

There was no time to rest as we went straight to our pool and beach party where 3,500 Flight Centre members of staff from all over the world were shotting their first tequilas and sipping icy margaritas while waiting to hear who the headline act for the evening would be.

A festival-sized tent was set up on the grass that felt like an exotic version of Glastonbury, except the bar staff came to us to replenish us with cold beer. Dancing bare foot in the springy grass, Roger Sanchez final appeared on stage and the entire party erupted. 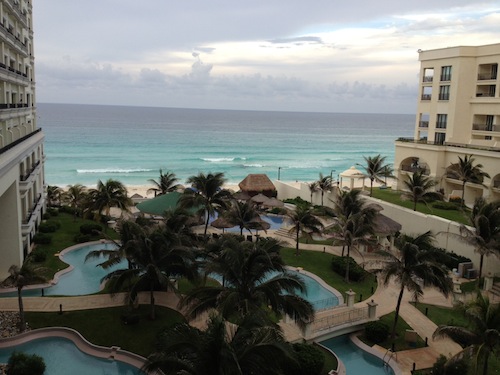 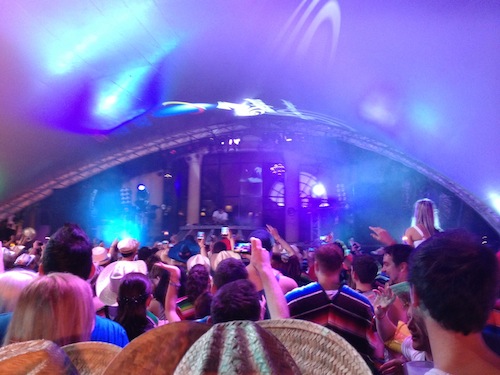 The rest of the evening was spent dancing on the beach, dancing by the pool, dancing in the pool (which is actually pretty hard work!) or just dancing anywhere you could possibly find a space.

I finally fell into bed at what would have been 10am in the UK.

During the Saturday we had a conference with an awards ceremony for all the best performing members of staff. Despite our jetlag and hangovers, the constant cheering and enthusiasm managed to keep us awake.

It’s traditional to have a motivational speaker during the conference and after much anticipation as to who our surprise guest would be, Michael Phelps and his coach, Bob Bowman, appeared on stage. 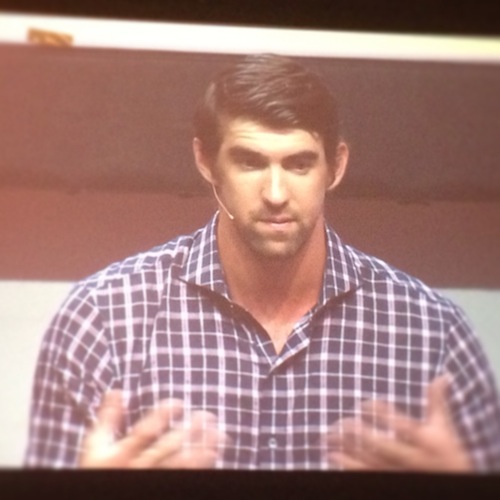 I now feel terrible for judging Michael Phelps so quickly. As the most decorated Olympian of all time I thought he would be incredible in the pool but not have a whole lot going on upstairs but that couldn’t be further from the truth. He was charming and inspirational and pretty much had every girl in the audience melting in their seats.

Michael (you see how we’ve on first name terms now) was there to motivate us to work harder and one of his best pieces of advice was to set goals. At 11 years old he set himself the goal of competing in the Olympics as he set himself a an impossibly difficult goal each time he completed the last. But he’s so competitive with himself that he would do absolutely everything in his power to make sure he hit that goal. Sure, he sacrificed a lot but it was more than worth it to reach that goal.

Michael really stressed how important it is to him to set goals and write lists on how you’ll reach them. Without goals, you have nothing to reach. And set your goals high as it’s pointless to have a goal that you can reach without pushing yourself to the limits.

The relationship between Michael and his coach was really interesting and they spoke like a team. ‘We’ do this and ‘we’ do that. Even things you would expect Michael to do alone in training, he always emphasized the ‘we’. I found this really interested and it made me realize how important it is to work as a team and find people who motivate and push you to work as hard as you can.

Anyway, back to the party… 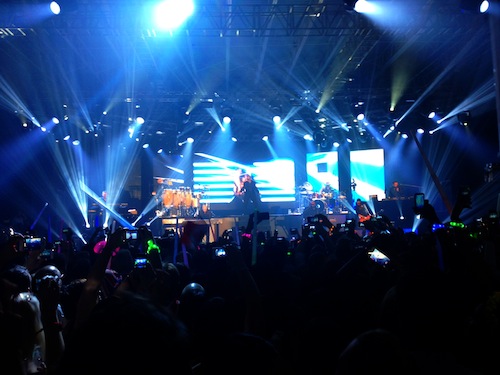 The Saturday evening was another epic event with a huge formal ball. An ‘X” shaped stage was set up in the centre of the room and another awards ceremony took place during dinner. It was an hour and of half of playful banter between each country as we cheered for our nations. Us patriotic Brits took things a step further and had flown in a marching band who sprung from their seats with trumpets each time the UK won an award.

Pitbull was our headline act for the night and it was another evening filled with dancing until the small hours.

The following day, we boarded our charter plane as an unrecognizable group compared to the people just two days before. On the Friday, the alcohol had flowed freely and barely anyone sat still in their seats. On the Sunday, it was more like a group of zombies who were asleep before the plane even took off. 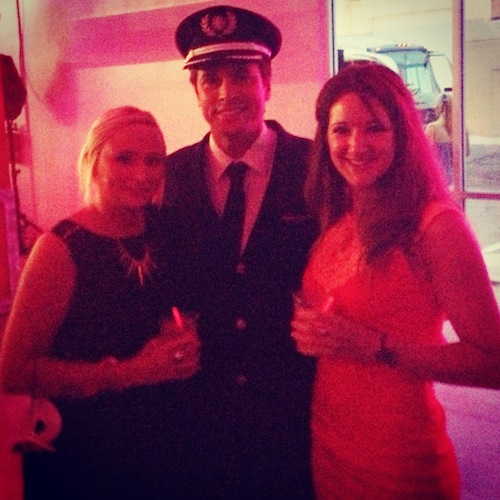 I know it’s a terrible picture but it’s me with THE Flight Centre Captain! Ps. The humidity in Cancun plays havoc with your hair!

So that was my weekend away with work…

It was brilliant! Such a long way to go for a weekend but a lot of fun.

Hi Monica, My name is Toni and I'm with Dwellable. I was looking for blogs about Cancun to share on our site and I came across your beautiful review and post...If you're open to it I would love to feature your article. Please shoot me an email at toni(at)dwellable(dot)com. Hope to hear from you soon! -Toni F.

Bintu @ Recipes From A Pantry

My goodness. What a fun sounding weekend.

Wow! What a weekend! I'm not surprised you were exhausted on the way back. I was about to say exactly what Jen just said. That flight back from Sweden was tough! Glad you had fun and hope the week at work afterwards wasn't too hard!

Sounds amazing! The difference between the two flights was exactly the same as my trip to Sweden... apart from two hardcore guys who were still on the booze on the return journey... mad!

Great advice from your mate Michael too, we need to set goals Monica and BOOM before you know it we are Olympic champions... or our own dreamy equivalent. Woopeee x