I’m writing this with an aching back and sore legs and the kind of exhaustion I haven’t felt since I was a kid because yesterday I did the London triathlon! Anyone who has taken part in any kind of sporting event will know how incredible that feeling is when you cross the finish line and you realize that all of your hard work paid off. There will have been moments when you genuinely thought you couldn’t do it and then that overwhelming and emotional feeling when you suddenly realize that you can. That, actually, you can do anything you put your mind to. 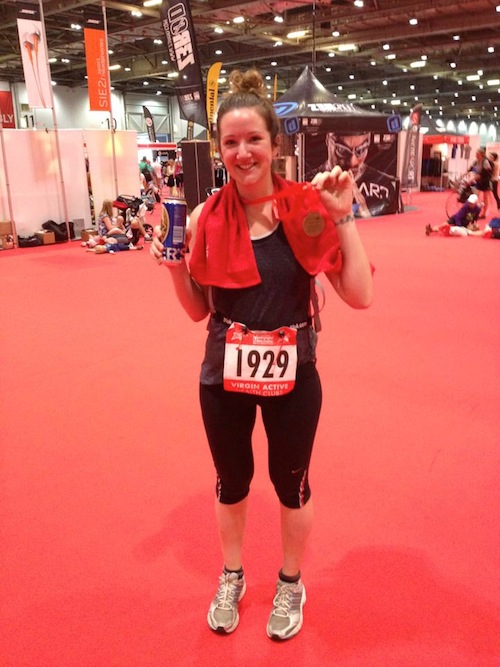 For me, completing something like a triathlon isn’t really about the sport, it’s about the preparation, the training, the fundraising for a worthy cause, the excitement and nerves before, the support from friends and family and that feeling of relief and pride when you cross the finish line. But, mostly importantly, it’s about having the balls to sign up for it in the first place.

Here are just a few things I learned through the whole experience:

Support your friends and family

Seeing my friends in the crowds while I was doing the triathlon was the best feeling in the world. It felt like a sudden injection of adrenaline that powered me on and gave me the motivation to keep going. And it wasn’t just the encouragement from my friends that helped, complete strangers and the cheering crowds were also incredible.

I stopped to catch my breath at one point and a guy running past me slowed down to encourage me to keep going, “Come on, you’re doing great, you’re nearly there!” Those eight little words and a friendly smile were all I needed to finish the race.

During the triathlon I realized what a difference a few little words of support and encouragement can do and I’m really going to try and apply this to everyday life.

I’m not what you would call a ‘morning person’ so I tried to convince myself that this wasn’t true for a very long time. But when I had to magically find an extra hour a day for training I realized that 7am was the only time to do it. Those first few 6.30am alarm clock calls were horrific but it gets easier, I promise.

You have an amazing sense of achievement when you do your dreaded daily task before most people have woken up. You can swan around feeling smug and relaxed because you know the worst thing is over and done with and you can enjoy the rest of the day. 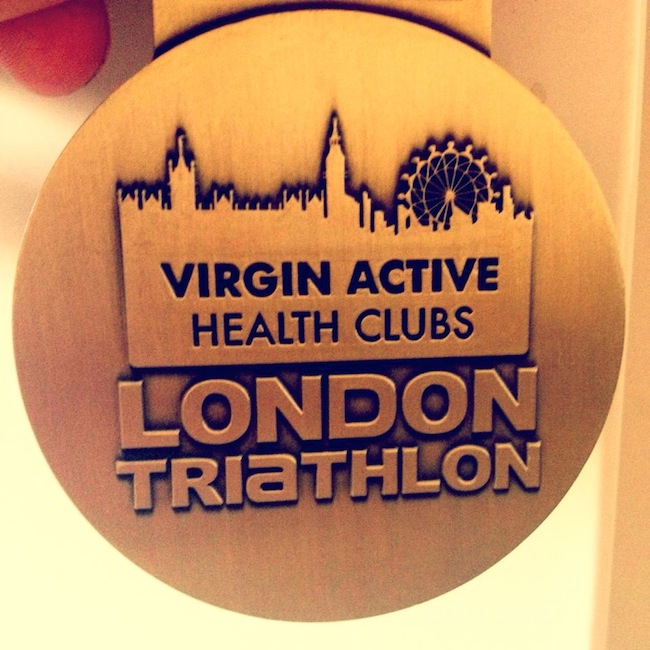 The thought of exercising fills me with dread. I sit in the office all day convincing myself that I don’t need to go to the gym that evening. I think of endless excuses why I shouldn’t go but I finally drag myself there. And then when I’m there it isn’t so bad. I might even go as far to say I enjoy it. I feel fantastic and full of energy and I wonder why I dreaded going in the first place.

This is a pretty good reason to exercise.

Always have a goal

I’ve been going to the gym regularly since I was about 14 and I’ve been doing the same routine for years. It wasn’t until I started my triathlon training that I realized that my regular routine wasn’t pushing me at all and I barely even broke a sweat. I didn’t have a goal or a target I was aiming for, I just exercised until I was tired or bored and then went home.

As soon as I had a goal in my mind I had to start pushing myself and soon realized how much further I could go. When you have a target in mind, you don’t have a choice but to work as hard as you possibly can to reach it and this is when you realise your potential.

This was also something that Michael Phelps said during his motivational speech I saw in Cancun and I’ve realize how important it is to have goals you want to achieve. Make the goals difficult so you really have to push yourself and you feel great when you finally get there.

There was a point during the triathlon that I genuinely thought I wouldn’t make it. It was my first attempt at an outdoor swim in a wetsuit and it was more difficult than I could have imagined. The finish line seemed impossibly far away and if someone had given me the option to quit, I would have taken it in a second.

But no one was coming forward with that option so I had to keep going, stroke after stroke, kick after kick. Then as soon as I was on dry land I couldn’t believe that I’d been such a wimp and considered quitting. Within 5 minutes I had my breath back and felt fine!

If you’re ever tempted to quit, just get your head down and keep going. You’ll be at the finish line before you know it.

If there was anything that swim taught me it was the importance of preparation. There are two swimming pools within 500 meters of my house. Why didn’t I use them? Why didn’t I train harder? Why didn’t I try swimming outdoors in a wetsuit before the event!? There is no point in making excuses and I learned the hard way that you can make your life so much easier with some simple preparation.

Have you ever taken part in a triathlon or marathon or something similar? If so, did you learn anything from those events?

I did the triathlon to raise money for Make-A-Wish charity which grants the wishes of ill children. It’s not too late to sponsor me if you’d like to donate: http://www.justgiving.com/Monica-Stott

I’m doing an Ironman in Austria! | The Travel Hack

[…] done the Virgin Active Triathlon last year which was just under 16 miles and was feeling all cocky and healthy. I loved the […]

London: Climbing over the o2 arena | The Travel Hack

[…] Everest. I was starting to get nervous as my fitness levels have dipped to an unhealthy level since my triathlon but thankfully it was an easy climb. The surface is soft and bouncy like climbing a massive […]

Awesome.. well done! I too am a long distance runner so I can identify with the feeling:D

Long distance running is never something I've managed to get into but I'd really like to. I think it's something nice to combine with travel too - I love the idea of visiting a new city and running around it in the morning.

I love the paragraph about starting the day early. The last few days I've slept until 8am-9.30am when I normally get up before 7am, and successful is definitely not how I've felt. Getting up early and exercising the first thing in the morning makes such a difference.

Congratulations!! I completely agree, I've done a 5k, a 10k and The Maldon Mud Race (which was THE hardest thing I've ever done!). I love the way everyone is so supportive of each other, whether it be the crowd or other competitors. In the Mud Race I was determined not to give up even though I thought I'd be bogged down until the tide came in! Everyone was helping to pull each other out the mud, even if they didn't know you! It made me realise how even in a fund raising race, it's the taking part that counts, people don't mind dropping a few finishing places to give others a hand.

That mud race sounds like so much fun. Super hard but really fun all the same. Well done on completing that!