Life is so much easier when you travel with a tablet. When I went backpacking in 2009 I didn’t even have a smartphone, never mind a tablet, but I can’t imagine travelling without one now.

Here are some of the things I use my tablet for while I travel:

There is honestly so much more I could add to this list but that’s the general gist of it for while I’m travelling.

Having a tablet also helps keep your luggage light because you can cut down on the heavy stuff like books, magazines, notepads and games.

If you’re thinking about buying a tablet to travel with I would 100% say ‘yes!’

The only problem you’ll have while you’re travelling is the risk of loss, theft or damage.

If your tablet normally sits on your bedside table you don’t need to worry about this but when you’re travelling, constantly moving around, packing and unpacking bags, taking public transport or visiting places where theft is common then there’s a high chance something will happen to it. This doesn’t mean you should leave all your valuables at home but I wouldn’t take the most expensive tablet available. 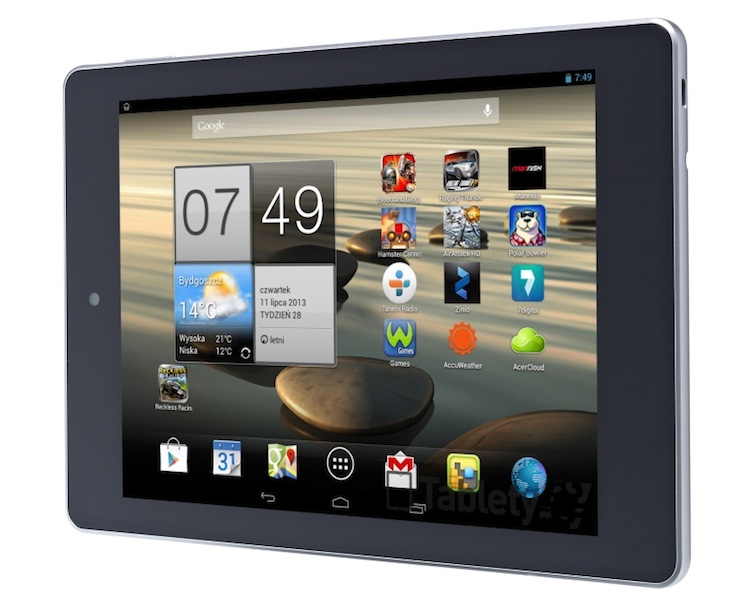 This is where the Acer Iconia A1 comes in…

I know that a £100 gadget is still a big blow to your budget if you break it or lose it but it’s not really going to ruin your trip.

I must admit, at just £100 I didn’t have particularly high hopes for the Acer Iconia A1. £100 isn’t a lot of money for any kind of gadget these days so is it any good?

You probably know by now that I love my gadgets but I don’t understand all the jargon that goes with them so I’m going to tell you a few reasons why I loved the Acer Iconia A1.

The Acer Iconia A1 has a 7.9” screen. This makes it a little bigger than a Kindle but much smaller than an iPad. To put it simply, it’s hand sized. The iPad is too big for me to hold in one hand for any length of time but the Kindle is too small to actually do anything on it other than read books. The Acer is a nifty and comfortable little size to hold like a book but actually use to get stuff done.

It’s easy to use

It’s basically the same as any Android phone. It’s really intuitive and easy to use with all the apps you could want.

The camera is pretty good

I’m not going to pretend this is the world’s best camera because it’s not but it is surprisingly good. It’s perfect for Skype chats and taking photos in well-lit areas.

Even when my tablet was filled with photos and books and movies it was still really quick.

The Acer Iconia A1 has a battery life of 7.5 hours. That’s pretty good going for a budget tablet. When you’re travelling you basically need it to last for one long-haul flight so this would just about cover it. It’s unlikely you’re going to use the tablet for the entire duration of your flight. 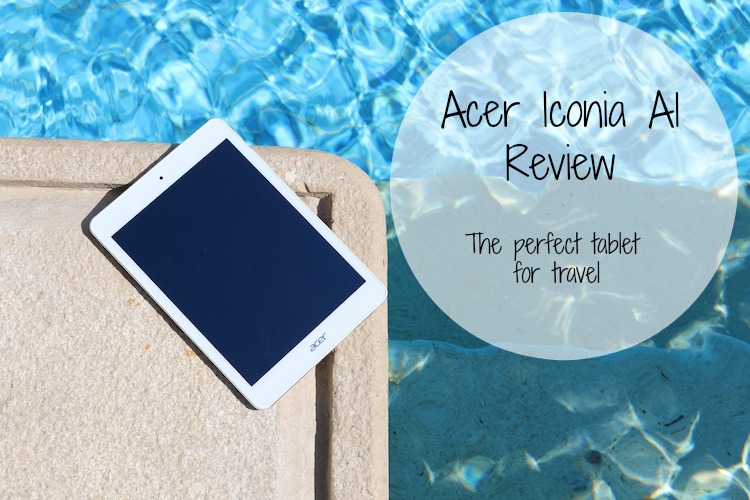 If you’re looking for a budget tablet then you really can’t go wrong with the Acer Iconia A1.

It’s a great option for travelling, camping, kids, small budgets and people who aren’t sure they’ll use a tablet to justify spending a lot of money on one.

It isn’t as good as an iPad but it’s one third of the price so you wouldn’t expect it to be. But at £100 it’s a bargain and does everything you could possibly need and more.

Tips if you’re travelling with a tablet

Big thanks to Acer for sending me Iconia A1 for the purpose of this review. As always, all thoughts are my own.

Review
If you’re a regular reader of The Travel Hack you’ll know that I’m a big fan of airport meet and greet. It’s...

Review
Here’s my review of the VAGO baggage compressor, a clever travel tool to help reduce the size of your luggage by up to 50%...

Hotel Review , Review
On Sunday I flew out of Heathrow at 8am for my big trip to New York and the night before I opted to stay...