I’ll admit it; when I flew business class with bmi I was like an excitable school girl. I felt like I should have been doing my best to remain cool, calm and composed and blend in with the sleek and stylish travellers that surrounded me but I was far too excited for that kind of sophistication.

Yes, I was the person taking photos in the platinum lounge and scoffing my face with tasty treats like like I hadn’t been fed all week. I was the one who ‘ooo’d’ and ‘arrr’d’ on the massage chairs as I watched the planes take off and I was that person who got drunk on champagne at 10am.

I generally don’t mind flying and find that the excitement of going somewhere new outweighs the squished in conditions, long queues and the boredom of a flight. But travelling business class elevated it from bearable to downright bloody amazing.

Being able to stretch out and sit comfortably, eat some delicious food and take the time to relax and unwind before and after a holiday is simply the best.  You arrive feeling refreshed rather than harassed and, as a blogger, I had plenty of space to catch up on some much needed work. 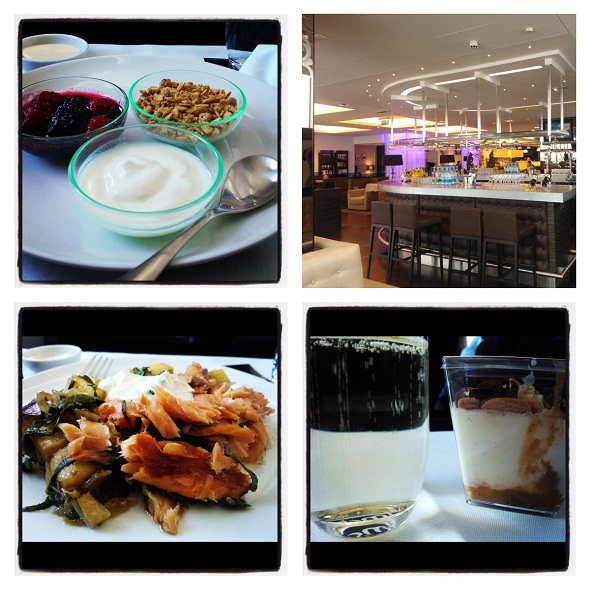 The flight to Moscow

We whizzed through the check-in desk at Heathrow in a matter of minutes and made our way through the crowds towards the diamond lounge where we were greeted with broad smiles, fresh coffee and the kind of tranquillity I didn’t know was possible in an airport.

After settling into a plush sofa overlooking the runway we tucked into a breakfast feast of mini bacon baps, warm pastries and fresh fruit before sitting back to watch the planes take off and imagine the exotic destinations people were travelling to.

I was almost disappointed to leave the lounge and board the plane but I soon forgot my disappointment when I was stretched out with a glass of champagne, a fleecy blanket and some of the friendliest cabin crew I’ve ever come across.

The on-board chef welcomed us onto the flight, recommending the Merlot and taking our order for the three course meal. I opted for a muesli compote followed by a warm salmon and potato hash and finished up with a banoffee pie. On the return journey I indulged in smoked beef, fillet steak and a selection of individual cheesecakes.

The 4 hour flight to Moscow literally flew by and, fuelled by champagne and our inflight feast, we were more than ready to tackle the sights and sounds of Moscow.

This flight was courtesy of bmi (thanks guys) but I now have a little problem…I never, ever, want to fly cattle class again! 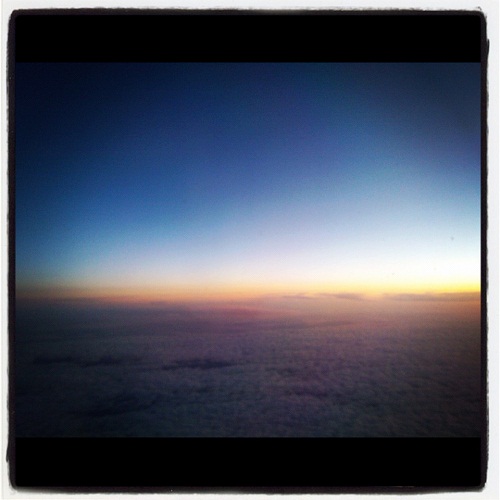 It doesn’t matter where you’re sat on the plane when you have views like this!

Has anyone else ever been treated to a little luxury on their travels and not wanted to go back to the budget option?

Luxury in the sky: Flying Upper Class with Virgin Atlantic | The Travel Hack

[…] Class with Virgin Atlantic is the best way you can possibly travel. I’ve only ever flown business class before so this was something else. The only problem I have now is how I’m going to go back to […]

Oh you are so right, it sucks going back to economy after flying business...but the pain is worth it ;)

Have been upgraded after re-book due to snowstorm. Have paid for 1st class twice from SFO to San Juan, PR. Worth every penny. My husband is 6'3" and a fairly large man. The space is ideal and the food and drink refreshing. I, too, say, "Let's keep flying!"

Lucky you! I can't imagine how tough it must be to fly long haul if you're tall. I'm only 5'4 and I find it a squish so it must be well worth the upgrade!

Oh my goodness, I totally agree that it is near-impossible to go back to economy after flying business. I got upgraded once on a flight from the Maldives to Sri Lanka. Maldives was just my transit airport and I'd already been flying for around 10 hours to get there. Still, the 30 minutes of flying business class - with Emirates, no less - was totally amazing! After that I adopted a sort of sanguine approach to flying where I would ask literally EVERYONE who worked at the airport if there was a possible upgrade to be had. It never happened again though :(

I agree with the people that said it is hard to fly coach once you have experienced first or business. I have flown to Europe a couple of times in First/Business and it was definitely worth it, even on US Air. I used mileage to buy the tickets.