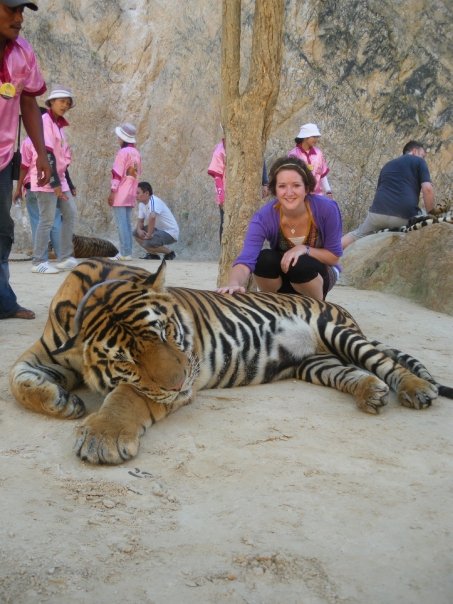 Almost everyone who visits Bangkok ends up going to Tiger Temple and most people aren’t entirely sure how they feel about it. On the one hand you get to pet a tiger and who doesn’t want to pet a tiger?  But on the other hand, they are wild animals. They shouldn’t be kept in captivity and it’s heart breaking to see them with chains around their necks.

We’d heard rumours that the tigers were drugged to make them so placid so we got chatting to an American volunteer to see what she had to say.

The volunteer had been working at Tiger Temple for 6 weeks and insisted that the tigers weren’t drugged. She said that they’ve all been hand reared so they’re used to human contact. Every morning the tigers are tired out by being forced to work hard to get their food like they would in the wild. Also, it’s in their nature to snooze all afternoon while it’s so hot and that’s why they’re so sleepy. I was a little bit weary however when we had to sign a form saying we wouldn’t sue if we were injured or killed by the tigers.

She also said that the monks who run the sanctuary are in the process of raising money for a nature reserve in the hope that they could eventually be released. At the moment, if the tigers were released into the wild they would be instantly killed by poachers. It’s a catch-22 situation because they can’t be released but while they’re being raised by hand here’s no chance they’d survive in the wild anyway.

I decided to put my morals behind me and simply enjoy this once in a lifetime opportunity of petting a tiger.

First we saw the baby tigers that were so cute. I got the chance to feed one of them some treats that looked liked mints from the palm of my hand. I could feel its teeth scratching against my palm and ended up with a sticky hand  covered in tiger slobber. We then went to see the full grown tigers that were absolutely huge but I was glad that they weren’t totally docile. Every now and again one of them would spring to its feet, reminding us all of their strength and power. The guys that took photos for us were also quite weary and kept a firm grasp of my hand to make sure I didn’t get too close. I found out that it was great to be a girl at this point because I got about 20 photos and loads of time with the tigers whereas Sam and the other boys were rushed around quickly. 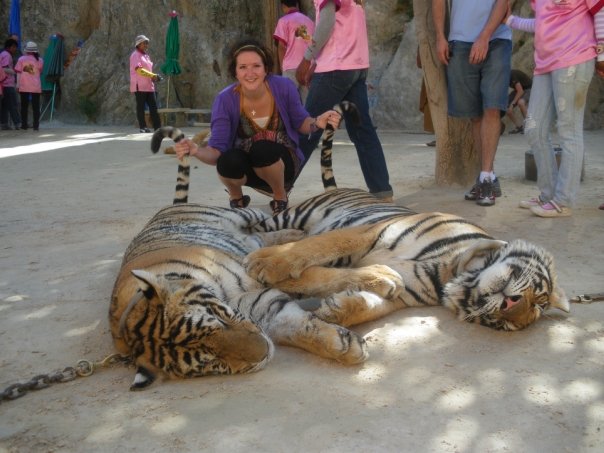 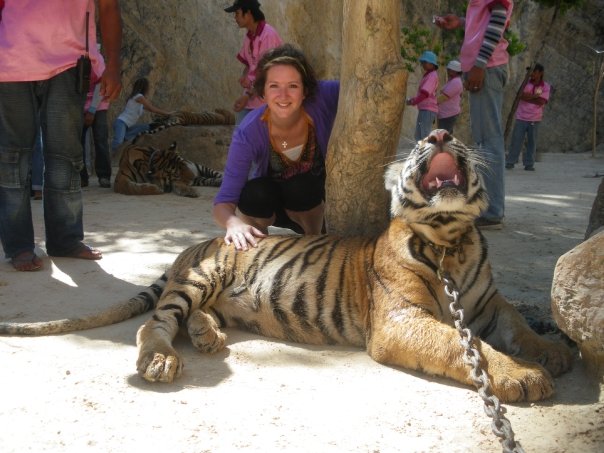 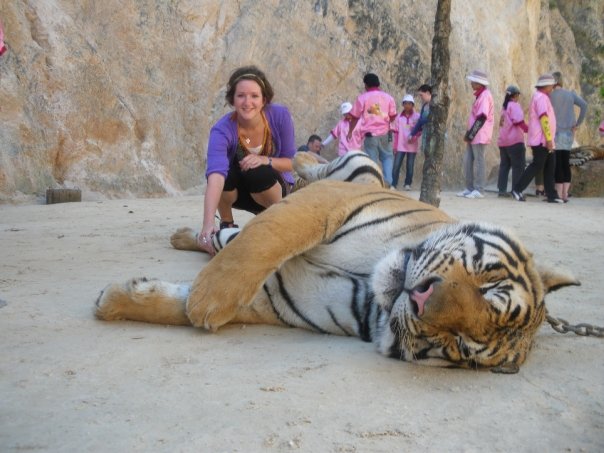 Look at the size of those paws 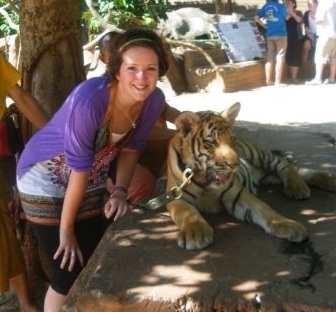 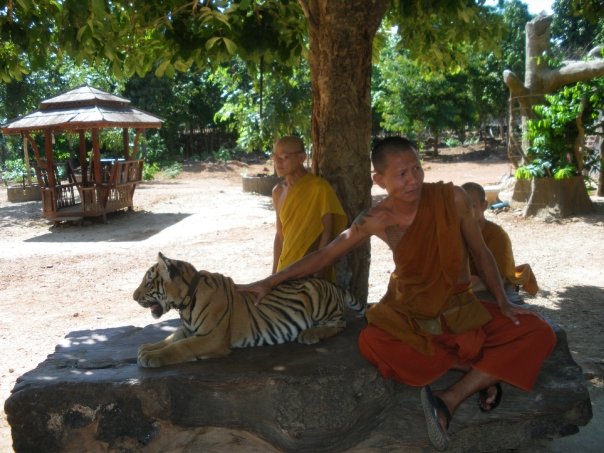 Monks with the tigers at Tiger Temple 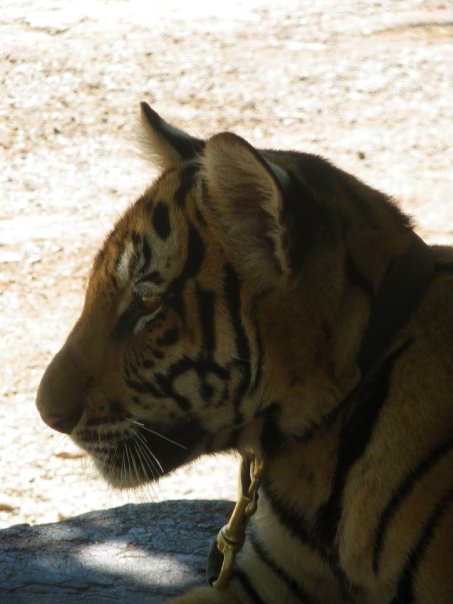 We also did some celebrity spotting and saw Stacy Slater from Eastenders here. I tried to be really cool and act like I didn’t care and didn’t want to stare at her. She was having a hissy fit because her battery had gone dead on her camera and she couldn’t have any pictures.

Hi Monica! I just wanted to let you know you were one of the inspirations for me having to pet a tiger while I was here in Thailand, and I'll be sending everyone who reads my blog your way. Thank you :)

Hi there, Can you please tell me if the tiger temple has an email address that I can write to. A lovely Thai girl had one of her staff take some photos for me and my sister and said she would upload them on Facebook yesterday - Saturday 23 August but they did not come through and I wanted to contact the staff there. Can you please assist me with an address Many thanks Therese Van Huis

I'm sorry but I don't have an email address for Tiger Temple.

Hi..literally don’t like the fact that they’re in there with chains around their necks, but i really want to visit tiger temple once in a lifetime..thanks for sharing, keep posting such kind of things always.

Wow, didn't realize tigers were that huge! It's always kind of a moral dilemma because you want to interact with the animal but you also want them to be living naturally.. love your blog :) Hasmita,

[...] in South Africa. It was promoted on the fact that you get to pet a leopard and after visiting Tiger Temple in Bangkok, where you get to pet tigers until your heart is content, I’m really not sure how I feel about [...]