We’ve all seen the photos of trains in India where the carriages are so packed that people are squished into tiny seats, spill out from the doors and take refuge on the roof. Just the thought of a train journey like this is enough to induce a claustrophobic panic attack and have many travellers wondering how the hell they’re going to survive a couple of hours never mind an overnight journey on a sleeper train!

I was in India for less than 3 weeks and took 3 sleeper trains during that time and I’m pleased to say that I lived to tell the tale. The first journey was horrific, the second slightly better and by the third I can safely say that I almost enjoyed it. After each journey I learned something new so here are my top tips for surviving a sleeper train.

You may be surprised to hear that a lot of the trains in india are actually super organised and you’ll need to book in advance. I was travelling during Holi Festival and the trains had to be booked four months in advance. This won’t always be necessary but if you want to guarantee a seat it is definitely recommended.

Third class tickets are in three tier carriages which mean there are 3 bunks beds per row. You’ll have the option of first class, 2nd tier, 3rd tier, a 4th class and a 5th class. 3rd tier also has air conditioning which will make the journey that bit more bearable. Of course, first or second class would be much nicer if your budget stretches to this.

Ladies travelling alone should also be aware that third tier is actually the safest as there are so many people around. In 1st and 2nd class you could end up in a private compartment on your own with a scary stranger. Don’t let it put you off travelling in a nicer class but it’s something to be aware of. 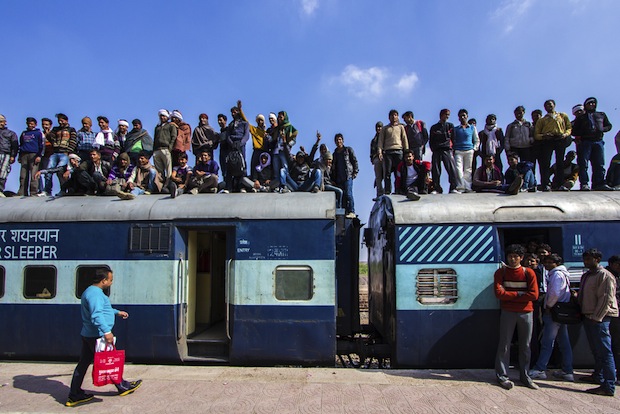 Fold down your bunks as early as you can

When you get on the train, the seats will probably be folded up so you can use your seating area to sit up. If you’re lucky enough to be surrounded by friends on your journey then you’ll have a great little booth. But if you’re surrounded by strangers who don’t want to chat it’s best to fold down your beds and lie down. This will mean you’re comfortable and not squished next to a load of strangers.

Rent a blanket and pillow

You’ll need to get in there early if you want a blanket and pillow but it will make your journey much more bearable. If you’ve got AC it can get chilly in the middle of the night and you’ll get a better night’s sleep with a pillow.

If you’ve got the space then I’d recommend packing your own blanket and packable pillow but if you’re travelling light it’s pretty cheap to just rent one.

I’m yet to go on a sleeper train where someone hasn’t tried to steal my seat. You could then steal someone else’s seat but it’s a vicious circle of seat stealing and arguments so it’s easier to just sit in the seat you’ve been assigned. Some people will reluctantly get up and move but others will put up a fight to defend the seat. This can be tricky if they don’t speak English but I’ve always found that the father of a nearby family will be happy to help turf the offender out so keep your eye out for friendly dads when you get onboard! 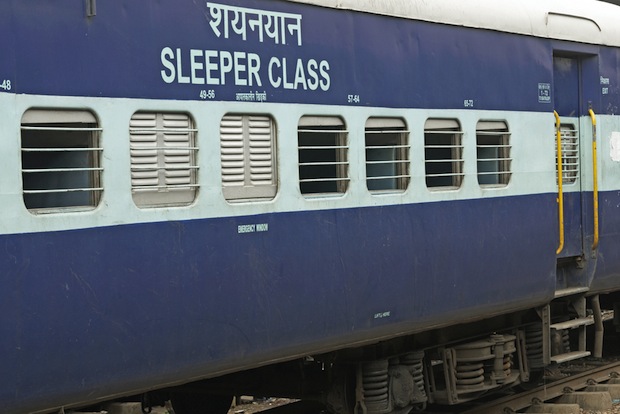 Order the food and drink

I don’t know why but the chai tea on sleeper trains in India is about 10 million times more delicious than any other tea in the world. Make sure you have plenty of small change or give the tea server a note to ensure he keeps coming back all night.

The food is also delicious on Indian trains but opt for something dry to avoid making a mess. 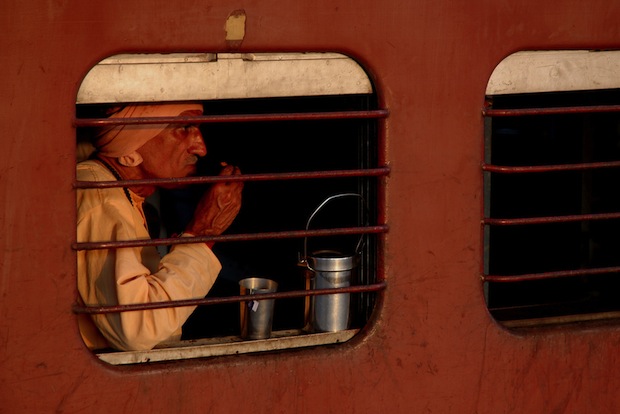 Chain up your bag

There are bars beneath the seats where you can lock up your bag. I didn’t meet anyone who seemed untrustworthy and didn’t hear about anyone being robbed on a train but it’s better to be safe than sorry.

Another option would be to keep your bag on your bed while you sleep. This is fine for shorties like myself but I imagine taller passengers would struggle.

Yes, there are mice. Obviously you should never leave any food on the floor or have anything edible in your backpack but aside from that I simply opted to pretend they weren’t there. 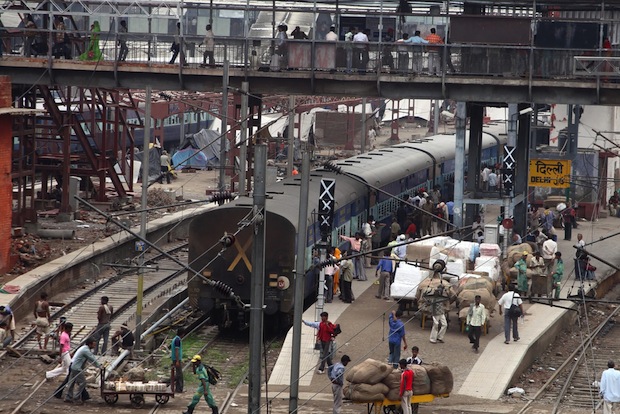 In the train station

You’ll get a lot of hassle in the train station from people wanting to carry your bags and take you in their tuk tuk. You need to be firm but polite in these situations and keep walking. If you’re looking for a tuk tuk, wait until your outside and negotiate a price.

There are also lots of beggars in the stations and we were told not to give them any money. Be aware of the young mothers who will target other young women by encouraging you to play with their baby and then asking for money. This is a really tough one to say no to, especially when the kids are all so darn cute.

I was told that there are plenty of organisations out there to help the poor and the homeless so try not to feel too guilty. Easier said than done, I know, but begging is never a long-term solution and giving food or money can make the situation worse. 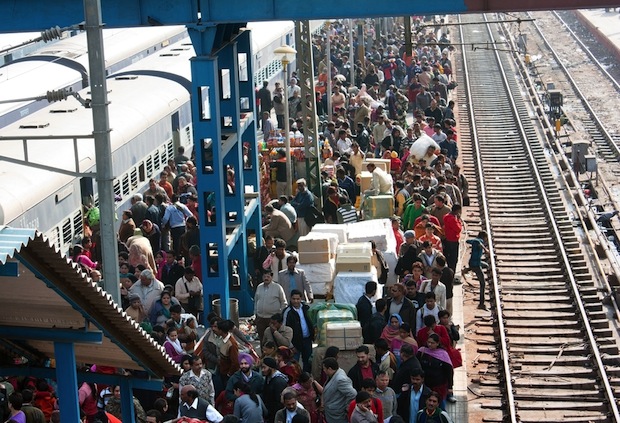 The most frustrating thing about Indian trains is the fact that no one will tell you if they’re delayed. I spent 6 hours sat on the platform waiting for a train that was ’10 minutes late’. There’s not a lot you can do about this so just make sure you have plenty of entertainment and plenty of food. Books and games are the best because iPads and Kindles can attract unwanted attention. 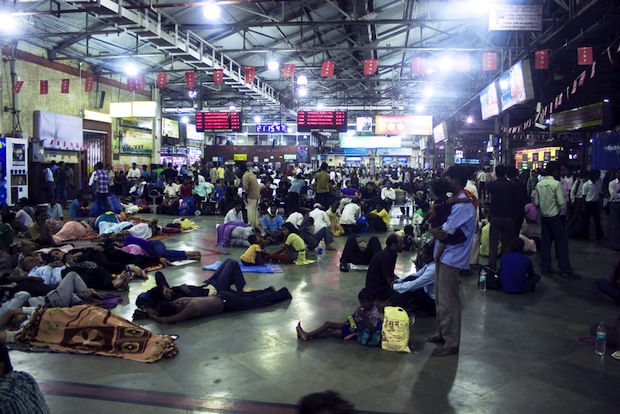 And finally, I’ve left the worst till last. I’m not going to lie, the toilets are horrific. For my first journey I tried to not drink any water but this only gave me a headache and made me feel groggy so you just have to get over it. Take your own tissues and hand sanitizer, wear shoes over flip flops and ladies with a bad aim should, well, just practice your aim or wear a long skirt. The squat toilets are usually better than the Western toilets but neither option will be a pleasant experience.

Have you been on a sleeper train anywhere else in the world? Do you have any survival tips to share?

Travel Tips
There are so many things to love about summer – the list is so long that we spend most of the year dreaming about...

Packing Tips , Travel Tips
Packing for Trek America can be tough because you feel like you need so much stuff – but you also need to keep your...