Today’s Hidden Gem has been sent in by Jessica Friend from The Weekend Tourist as she’d like to share more about The Rollright Stones, a hidden gem in Oxfordshire and the county’s answer to Stonehenge!

The Rollright Stones are always the first place that I take anyone who might be visiting us – it’s also amazing how many locals have never visited the place either. They are Oxfordshire’s answer to Stonehenge.

I pass this neolithic stone circle pretty much everyday on my way to work in Chipping Norton, Oxfordshire, but unless you knew they were there, you’d not necessarily even clock their existence.

From the main road they are shrouded in trees, obscuring the stone circle and you only catch the odd mystical glimpse as you whizz past at the national speed limit. 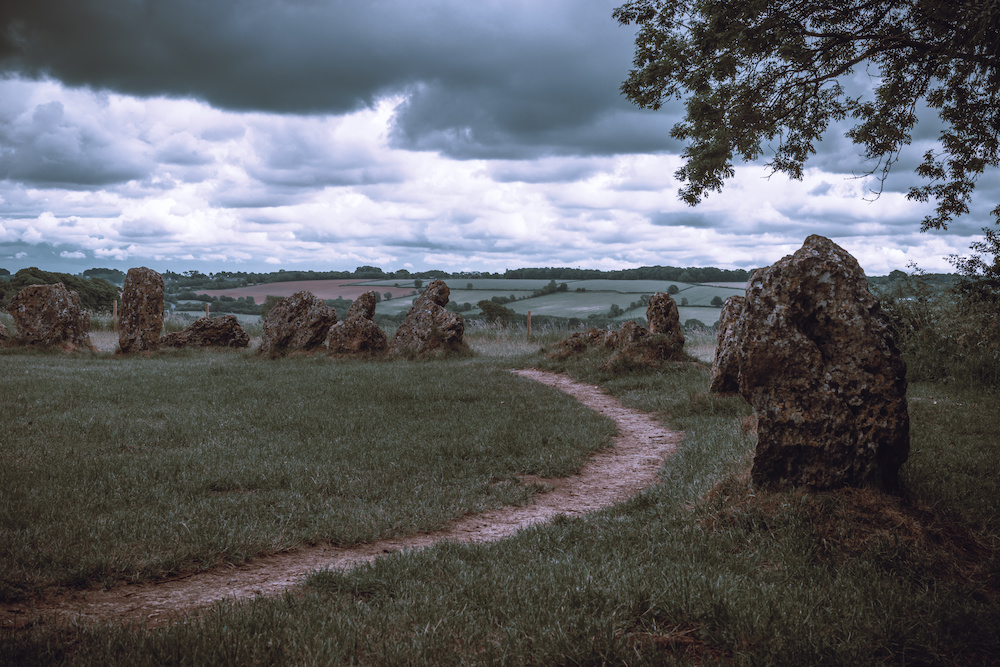 Why should you visit the Rollright Stones?

The stones are actually made up of three groups which were all built at different times between the Neolithic and Bronze Age periods. The largest group, known as the King’s Men were erected in 2,500BC, whilst the solitary King Stone was placed some 1000 years later and finally the three Whispering Knights, are the eldest of all, believed to be erected in 3,800BC.

They are made of the same honey colour Jurassic oolitic limestone that you can see many Cotswold villages built from and it is believed the boulders used to create the site were probably collected within 500m.

As with any stone circle, the Rollright Stones are steeped in local legend and folklore. The unusual names are derived from almost Arthurian Myth. The story goes like this…

An over ambitious King attempted to conquer all of England, when he got stopped by a witch – Mother Shipton of Shipton-under-Wychwood (a character that also inspired many of the characters at Wychwood Brewery, which is also a great tour!).

She challenged the King:

And if Long Compton thou canst see,

King of England thou shalt be.”

Off went the cocky King, attempting to see the local village of Long Compton, shouting:

As King of England I shall be known.”

On his seventh stride the ground rose up before him in a long mound (sometimes known as the Arch-Druid’s barrow) obscuring his view.  The witch laughed and declared:

“As Long Compton thou canst not see,

King of England thou shalt not be,

For King of England thou shalt be none,

Thou and thy men hoar stones shall be,

And I myself an elder tree.”

And so it was that the King became the King Stone, his men the King’s Men stone circle, and his treacherous knights,  the Whispering Knights.  Although some say that the knight’s were actually at prayer.

It’s not a full proof story, no one is quite sure which unfortunate King got turned to stone or why his knights were plotting against them. It’s obviously been lost down the millennia. Legend has it that one day the spell will be broken and the King and his men will return to life and continue with their conquest.

As you emerge from the short wooded walk into the stone circle you can’t help but feel awed by these structures. Their unusual craggy shape is actually a result of overzealous Victorian trophy hunters who would chip off a bit of the rocks as a souvenir.

The first thing visitors must do is try and count the rocks.  It is said that if you walk round the Rollright Stones three times, you’ll never count the same number each time. But if you do manage it – you’re entitled to one wish. 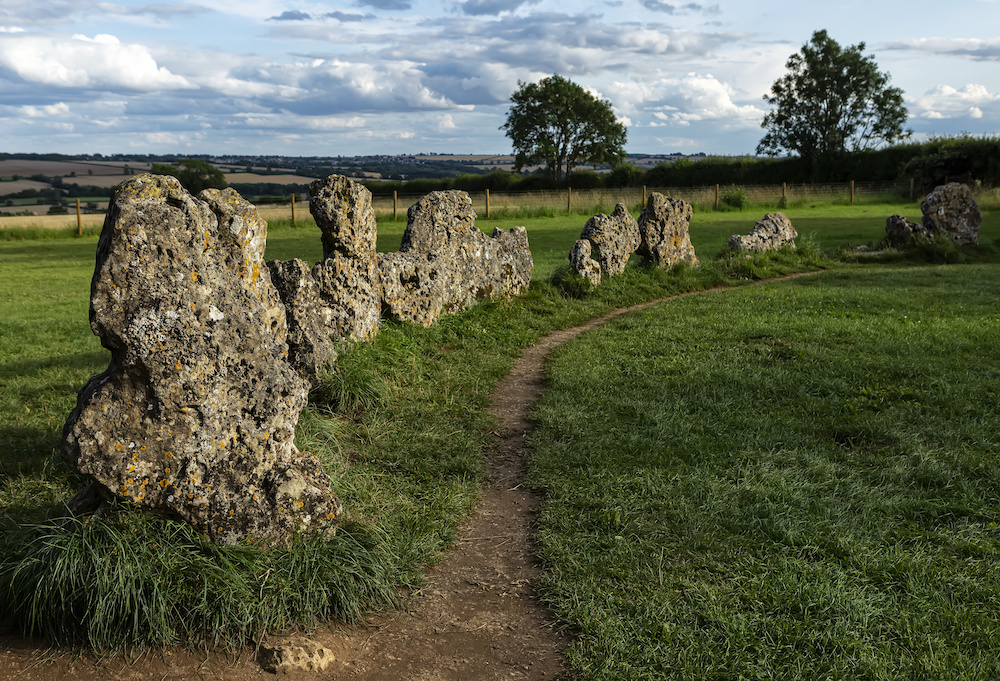 How to get to the Rollright Stones

Parking for the Rollright Stones is limited – it includes two wide official laybys along the main road. The entrance to the path to reach the Stones is situated about half way along the laybys.

This is a busy road which gets a lot of heavy traffic at times, so do be careful when opening doors.  The charity also asks that if the laybys are full, please do not park further down the road as this causes congestion for the villages nearby.  Having said this, I’ve never been when the laybys have been that rammed!

I’d say that if you are able to visit on a weekday, there’s a good chance you’d have the whole complex to yourself. Do not go on the Summer or Winter Solstice days because then the Stones are a popular meeting place for local druids.

Other things to do near the Rollright Stones

Not only is the stone circle a great visit in its own right, but can be tagged on to a lot of other Cotswold day trips. Bourton on the Water, Bibury, Stratford upon Avon and Chipping Campden can all easily be reached within an hour of the stone circle.

About The Weekend Tourist

Most of us only do touristy things on holiday, 25 days annual leave a year, I say that’s a shame, especially as we’ve 104 weekend days for exploring! The Weekend Tourist is all about discovering your local neighbourhood, attractions, historic places, local eateries and independents, which for me is in Oxfordshire and Warwickshire.

Thanks, Monica. I did my PhD at Aberystwyth and the Rollright Stones are featured in my completed novel. I'm now making my home in Oregon, US. This was a great article. I especially enjoyed learning about the ley line connection. Do you have any resources you can point me to on these amazing lines? Thanks, Jan Nerenberg, PhD.