When I travelled to New York I had a very strange feeling. It was a feeling that I hadn’t experienced anywhere before. New York was a completely new place to me but it all felt so familiar. I recognised entire streets, the monuments felt like old friends and I knew exactly what I wanted to see and do before I even began doing any research.

The reason for this must be because New York stars in so many movies, TV shows and books that it has become as familiar to me as London. I say New York has ‘starred’ in movies because the city is almost as big a character as the lead role. It isn’t just about what the characters are doing, it’s where they’re doing it and New York manages to outshine even the best actors.

Before I even begin, I need to let you know that I’m not cool when it comes to TV and films. This list does not include any cult or indie classics that are so cool you’ve never even heard of them. I am absolutely unashamed of my crap taste in films but I can already hear my movie buff friends groaning at my list. Well I don’t care, you watched these shows with me and don’t pretend you didn’t love them!

I’m pretty sure that every 90’s kid can relate every situation in the lives to a similar episode on Friends. We laugh before the punch line of the joke because we know every word from every scene and these guys feel like old friends to us. I think every 90’s kid grew up wanting to find their own version of Central Perk…and then you reach 18 and realize the pub is much more fun.

Sex and the City

The title says it all really. This isn’t Sex IN the City, it’s Sex AND the City because the city is just as important as the sex. I used to watch this with the volume turned down low when I was far too young to be watching such scandalous scenes and I couldn’t wait for the day that I could sip cosmos with my girlfriends in swanky bars in New York.

My friend and fellow travel blogger, Victoria from Pommie Travels, took a Sex and the City tour in New York! Very jealous and I wish I’d had time to do this. 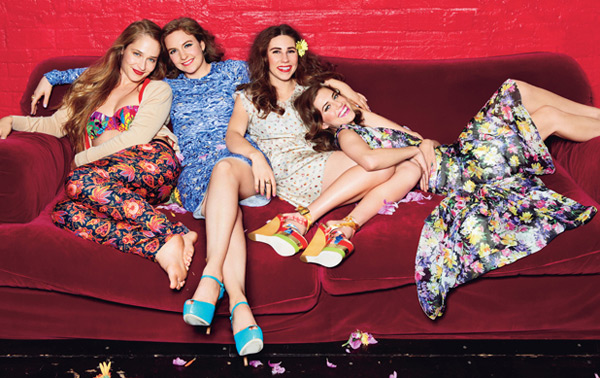 Girls was my latest TV obsession. I watched the entire first season on a train and had to stuff my fist in my mouth to stop myself from laughing too loud. Girls is hilarious but there’s also some sad truths in there that address how difficult it can be to begin your career in a big city. Sex and the City often brushed over tough topics and glamourized the ladies lives but Girls really deals with them. They also get out and about in the city and one of my favourite scenes takes place in a huge warehouse rave.

The Golem  the Djinni

After being brought up in the Harry Potter generation I still love a bit of magic in the books I read. The Golem and the Djinni is a novel set in New York in 1899 and shows how life would have been as all the immigrants settle in New York and struggle to find their place in the city. Oh, and the two main characters are a golem and a djinni but don’t let that put you off if you’re not in to magical fantasy. The book is beautiful and I loved discovering New York through the eyes of two amazing characters that had never witness such extraordinary things before. 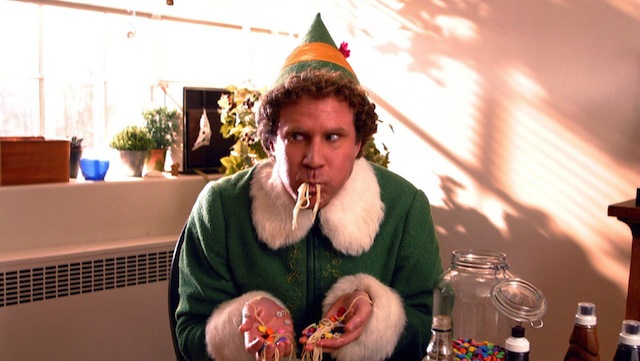 Elf is the only film I’ve seen at least ten times and still never get bored of. Here are some of my favourite quotes from Elf that will make absolutely no sense if you’ve never seen it so I’m sorry about that but you really need to watch it!

‘You did it! Congratulations! World’s best cup of coffee! Great job, everybody! It’s great to be here.’

‘First we’ll make snow angels for two hours, then we’ll go ice skating, then we’ll eat a whole roll of Tollhouse Cookie-dough as fast as we can, and then we’ll snuggle.’ 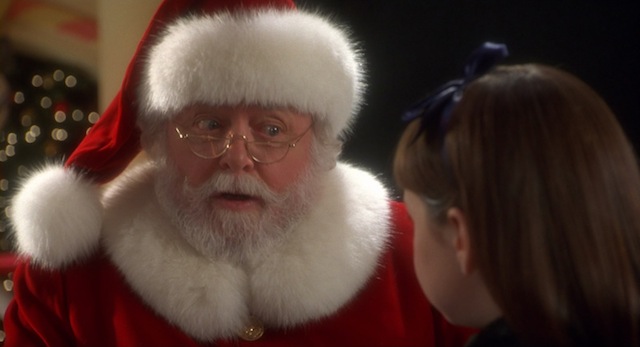 This is one of those films I love to hate. Maybe it’s because I’m feeling festive that I felt the need to include this one but it is a classic and Richard Attenborough does make a great Santa. I hate this cute little girl’s annoying lisp and the predictability of the whole film but Christmas wouldn’t be Christmas without at least one viewing of Miracle on 34th Street. 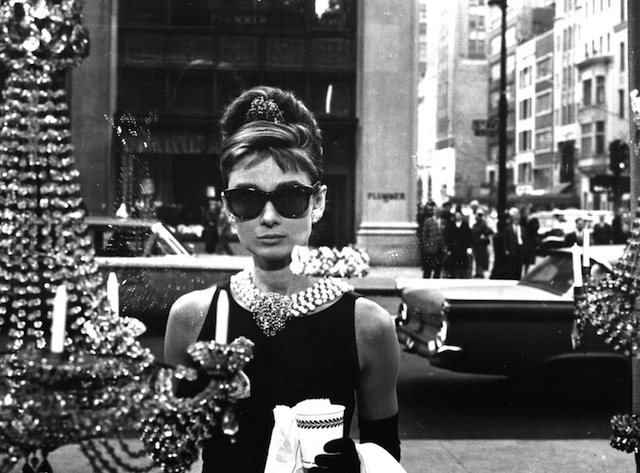 I spent my entire teenage years wanting to be as stylish and glamorous as Audrey Hepburn in Breakfast at Tiffany’s as she pranced around New York just generally being fabulous.  It’s an oldie but a goodie and made me fall in love with New York from a young age.

I’m sure I’ve missed hundreds of brilliant movies, TV shows and books off the list so tell me, what are you favourites that are set in New York?

New York is awesome, so it's no wonder so many amazing shows/films/books are set in the Big Apple! Elf is my favourite film EVER (seriously!) and Friends is pretty up there too. I'll have to check out The Golem and the Djinni though; I'd never heard of that one.

I'd never heard of it either, I think I downloaded it during a mammoth Kindle update and forgot about it but I really loved it. I'd definitely recommend it if you're into fantasy.