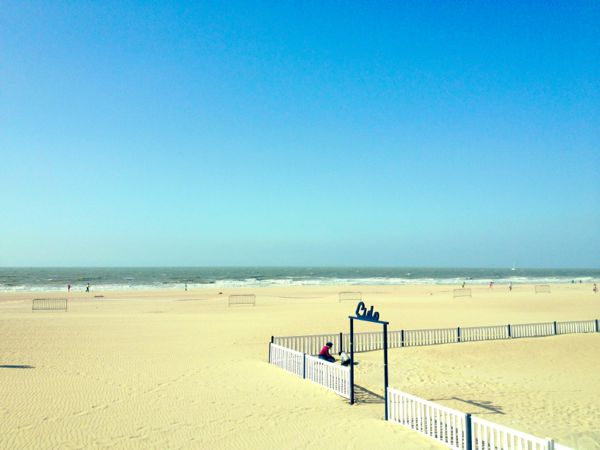 You’re not alone if you’ve never heard of Ostend in Belgium. When I told people I was going to this seaside city I was met with blank stares, confused looks or a fake attempt to know what I was talking about. I’d never heard of Ostend either but a quick Google search brought up beautiful beaches and pretty houses so I was eager to join a group of bloggers to discover this unheard of Belgium city.

Taking the Eurostar to Brussels (2 hours) and then a train to Ostend (1 hour 12 minutes) was a relaxing and easy journey and I found myself walking along the blustery coast in time for lunch. I love the way you can be in a different country so quickly and I felt like I was a million miles from London.

The scent of fresh fish and the salty sea air blew away the cobwebs as soon as we stepped off the train and you can’t help but relax into the slower pace of seaside living. The promenade is dotted with people taking a leisurely stroll and enjoying the view before stopping at one of the many cafes and bars for a coffee or an ice cream. 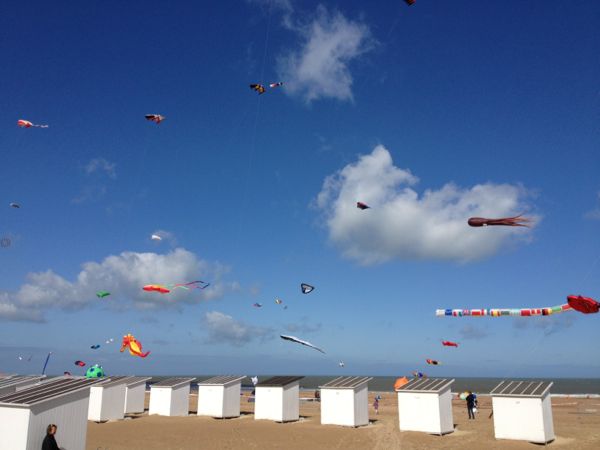 Ostend is known as a windy city and we were lucky enough to be around for the Ostend Kite Festival. Huge, playful kites danced through the sky with giant heads bobbing against the wind. Teams of stunt artists fly their kites in synchronization to the beat of music that blares across the beach. The kites captivate anyone who walks past as you’re drawn into the swooping and diving, circling and soaring against the wind.

Kids race up and down the prom on peddle go-karts that seat up to eight people so with the wind behind them they get up some serious speed. I’m tempted to raise a fist and shout at the ‘pesky kids’ but they’re having so much fun that you can’t help but laugh along. We’ve soon joined the fun and have bikes of our own to explore the city at speed.

Next up on a journey along the coast is the Seaman’s Memorial, a huge statue dedicated to all the sailors who have died at sea. It’s a sobre but beautiful memorial but you can’t help but be distracted by the huge red statues next to it. 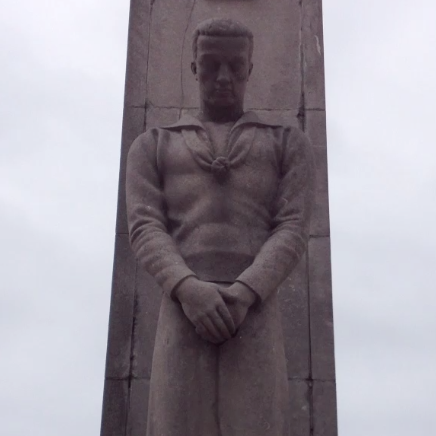 These are the Rock Strangers created by the artist Arne Quinze. 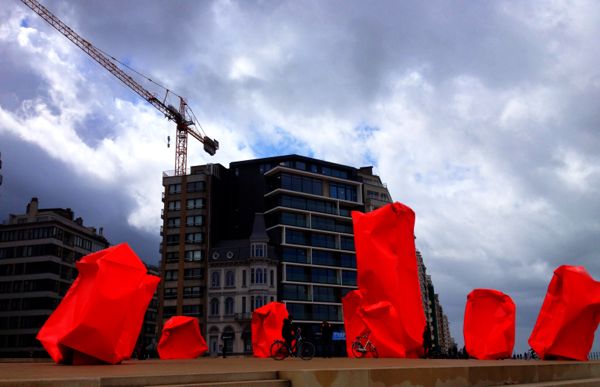 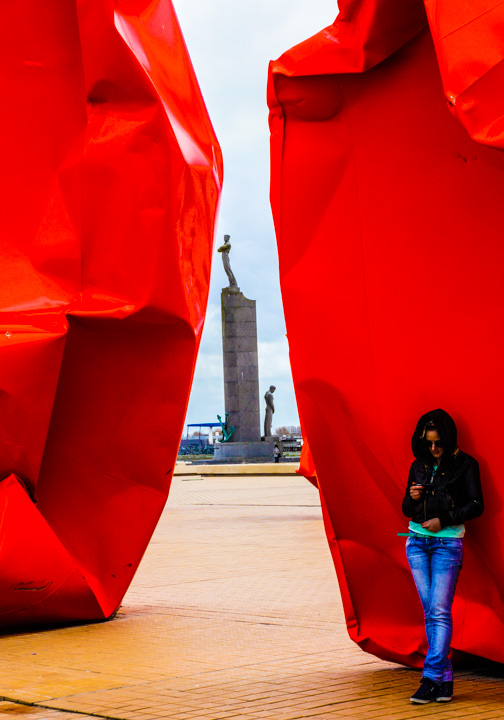 Arne explains the inspiration behind creating the sculptures as a way to give some personality to a city and differentiate cities from one another: “A lot of cities around the globe look the same although they are located on different continents. You can still find identical buildings or the same streets. One can no longer detect any differences, people put up concrete walls around them. Building large-scaled installations makes people feel small as a human being. I hope that they start asking questions about what their function on this planet is. With my monumental sculptures I seek confrontation with my audience. I regard my work as a study about how I experience life and how people in general experience their lives.”

Arne intended to put up something alien in the city to break down the barriers between people. The statues are strange but they do have a magical effect on people as you’re drawn towards them and they bring people together. When the sun reflects off the bright orangey red of the Rock Stranges, it creates a bright sheen that is almost like a halo and can be seen for miles around. I really love the way they look like they’re melting and seem soft and comforting from a distance but when you get close they’re hard, metal objects and you find that you don’t really know what to do with them once you’re close.

The fishing port is the perfect place to end your journey along the prom, especially if you like to explore through food. While the fishermen are at sea, their wives fill the tents around the port with fish so fresh it’s still flapping. Small snacks like prawn cocktails and fresh scampi are available for anyone who likes to eat and go.

Here’s a super quick look around the coast of Ostend:

Great pics - would like to check out the place with my own eyes one day!

It's definitely worth a visit if you ever get the chance!

I love it that you can just get a tran to Belgium from London - I know you've been able to for years but it still seems like some kind of novelty to me! The kite flying festival looks great, I've been to one they hold in northern France a few times and seeing them fly out (I guess that's the kite version of 'act out'?!) these routines to music with 10 kites and not getting tagled is pretty impressive. Nice post!

It feels like a novelty to me too. I'm from the north so getting the Eurostar wasn't really an option before I moved to London. For my next trip I'm considering getting an overnight bus to Paris. Watch this space!

Ostend looks so pretty and I love the rock strangers, so different. Your pictures look great!

Thanks Roisin. I loved the Rock Strangers too, they really make the city stand out from other places and they make sure you could never forget the city!