I’ve got some exciting news today and I’m so happy to announce I’m going to be working with Admiral Travel Insurance as an ambassador!

OK, I know, booking your travel insurance isn’t exactly the most exciting part of your holiday. I’d rather be researching hotels, things to do and places to eat and drink too! But travel insurance is one of those things you have to book for every trip. We all hope we’ll never need it but, when you do, you’re so glad you have it.

I book annual travel insurance for myself and my family and I always get it to cover all my gadgets and activities like skiing. I went through a phase where I booked individual policies for each trip – and this can be better if you go abroad once or twice a year – but if you go abroad more than 2-3 times it’s usually cheaper to go for annual cover. It also saves a lot of admin and that one extra stress you can do without just before a holiday, especially if you’re the forgetful type – please tell me I’m not the only one who has been frantically booking travel insurance during my journey to the airport! 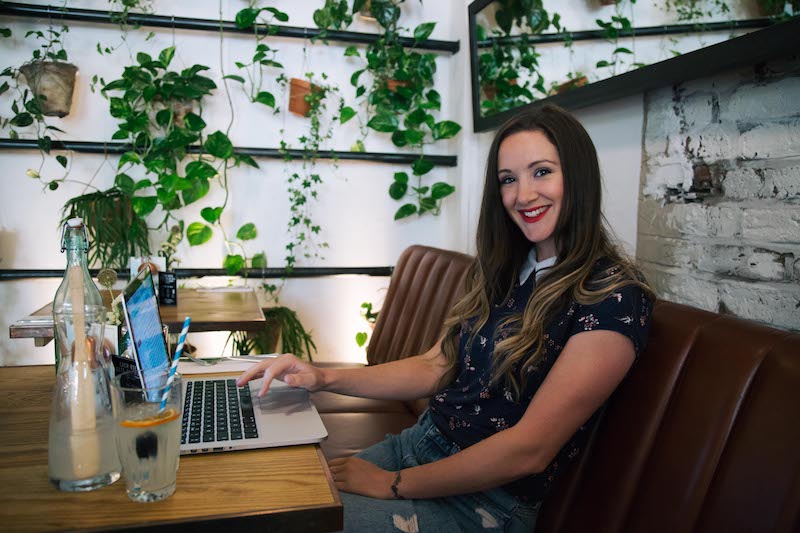 I print out my travel insurance policy and tuck it inside my passport so it’s always there when I travel in case I need it in an emergency.

Thankfully, I’ve only ever had to use my travel insurance policy once. It was 2011 and Sam and I were travelling in Indonesia. We’d taken a late-night bus from Bali to Java and arrived at Mount Bromo in Java at about 3am to climb up the volcano in time for sunrise. It all went without a hitch and we had the most incredible time. We fumbled our way up the volcano, stumbling over our steps in the darkness with nothing more than cheap head torches and the moon to light our way. I don’t remember an awful lot about reaching the top. I know we took A LOT of photos and I think we saw fiery balls of lava from the volcano, but I may have made that bit up. I remember it rained briefly but I don’t remember being cold. I know we sat at the top with a group of French backpackers and watched as the sky turned from black to an inky blue to a sweet pink.

The reason I don’t remember much of this trip is because once we climbed back down the volcano, we had cups of sweet tea and stale bread and climbed on another coach where we had both of our cameras stolen.

We were gutted to lose the cameras that had been our prized possessions for the past 18 months while we travelled through Asia and Australia, but we were more upset to have lost every photo from that incredible trip up the volcano. We’d lost the photos of fiery lava balls and that beautiful sunrise over the volcanos and that moment we all realised we were covered in black ash and belly laughed at our appearance with a group of strangers who were best friends for that one special moment.

I’d love to have a good memory but I don’t and I rely on photos to remember those special moments. They’re even more important during a backpacking trip where you’re doing something incredible every single day and those moments all blur into one and the French backpacker you met on a volcano merges with the German backpacker you met scuba diving or the Dutch backpacker you met rock climbing.

We didn’t stay in Java for long. The theft of our cameras had soured the trip and we quickly flew out and went to Singapore. 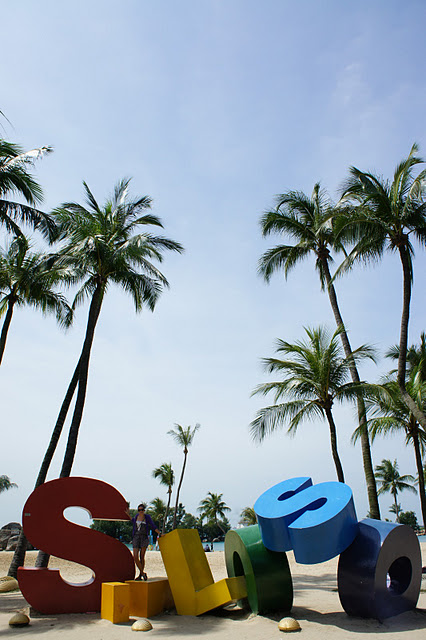 I’m in there somewhere! ^

To this day, we still have no idea how someone had managed to get inside both of our bags and take our cameras without us noticing. We’d both been using our backpacks as pillows while we slept and the thought of someone rummaging through them turns my stomach.

But within days we’d claimed on our insurance and had new cameras a week later. We actually had bigger and better cameras than before and a new love for photography with our flashy new devices. It had actually been a lot of fun browsing the enormous malls of Singapore and chatting to the experts working in tiny camera stalls to find out which camera would be best.

Since then, I’ve been extra vigilant about keeping my possessions safe. My main tip is quite simple – don’t have too much stuff. One of the reasons we didn’t realise our cameras were missing was because we had so much stuff. Even our daypacks were enormous and were stuffed with books and cables and gadgets and clothing and food and a million and one little knickknacks we really didn’t need.

These days, I don’t travel with many expensive gadgets. I have nothing more than my camera, my phone, my Kindle, my purse and a bottle of water. If anything is removed from the bag I’ll instantly notice. 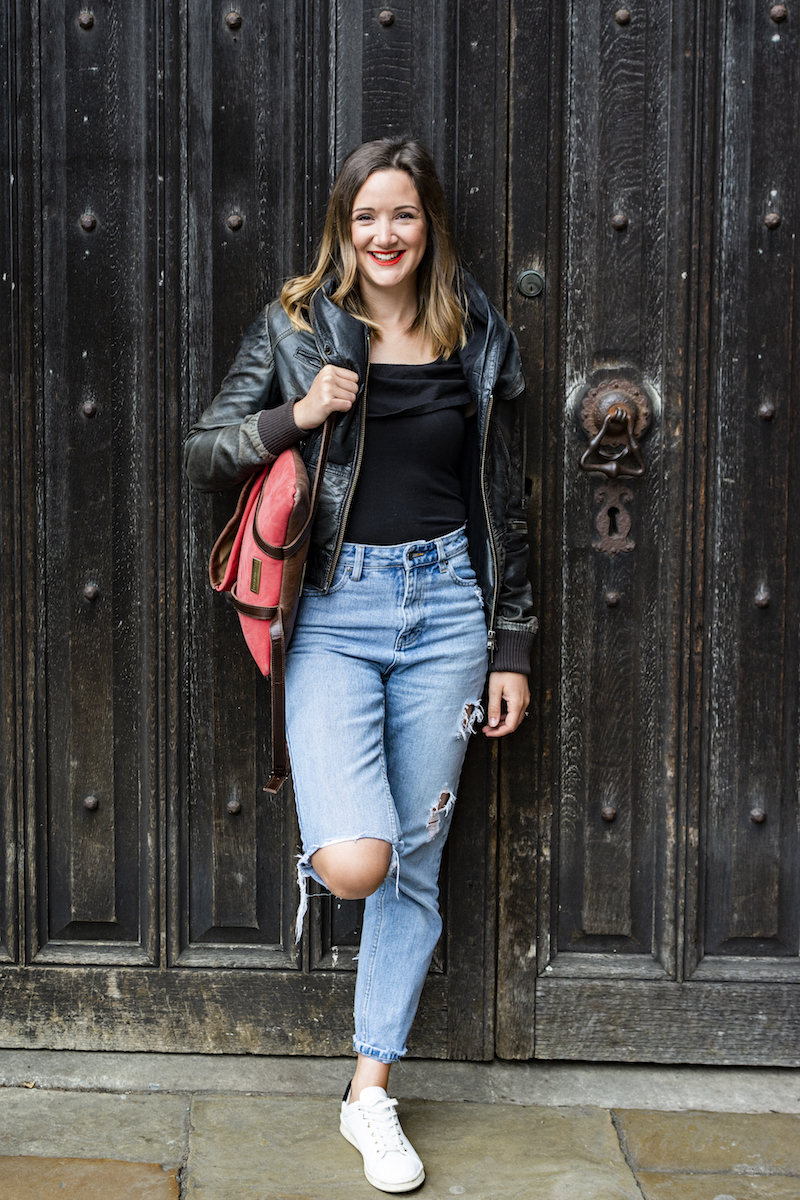 Travel insurance is quite a sensitive subject in my family because my brother once had a real reason to use it.

He was on holiday in Greece and, during a night out, he fell and hit the back of his head and was knocked unconscious. He didn’t go to hospital but regained consciousness and went to bed. He had a terrible headache the following day so went to the doctor who told him he probably had a hangover and should sleep it off. His headache was worse the next day so he went to hospital and they found he’d had a brain haemorrhage.

I was at home with my mum at the time and I still remember the phone call when the hospital called and told her she should get out there as quickly as possible. It was like every organ in my body had been removed and replaced with ice. My mum went into this weird business-like mode. She didn’t cry. She didn’t crack at all. She got straight on the phone and booked herself a flight, quickly packed her suitcase and within 10 minutes was in the car driving to the airport.

My dad joined her and they stayed out there for about 10 days. My dad had to come home but my mum stayed longer and they eventually flew my brother home in a low-flying aircraft because he couldn’t get a normal flight due to the air pressure. While he was in hospital, my brother had a private room with a balcony and daily CT scans and my mum and dad had stayed in a nice hotel nearby. We could almost joke they had a nice little holiday. Almost.

And do you know what, my brother’s travel insurance (which hadn’t cost him a lot) covered everything. It covered all his medical bills, the special flight home, my parent’s flights and their hotel. I have no idea how much it would have cost but I’m assuming it would have been a small fortune! There’s an infographic here all about how much medical treatment can cost if you don’t have travel insurance. It’s kind of terrifying!

So that’s the real reason I wouldn’t even consider leaving the UK without travel insurance and why I’m so happy to be an ambassador for Admiral Travel Insurance.

Over the next year you’ll be seeing a monthly post to do with insurance and I’ll be writing some travel posts for the Admiral Magazine too.

Blog
I’m doing something a little different today. I’m taking part in Podmas! The only problem is that I’m so late to the party it’s...

Blog , UK
Today’s post is a 9-day Scottish Highlands tour by Katie from Best Scottish Tours. This is such an epic Scotland itinerary and it’s got...

Blog
Welcome to the first post in a new series here on The Travel Hack! I love a good series of posts and I’m excited...