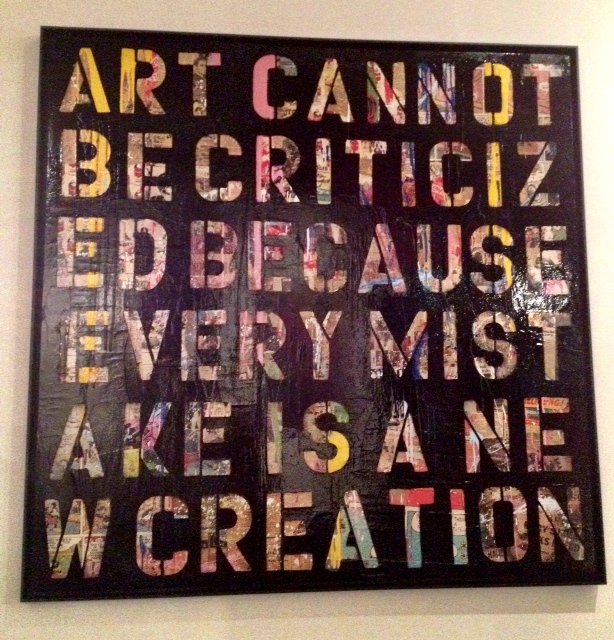 Art cannot be criticized because every mistake is a new creation

If you’ve never heard of Mr Brainwash before, think of him as Banksy’s younger, Frencher brother.

His real name is Thierry Guetta and he’s a street artist from Paris. His big break was back in 2010 when he appeared in Banksy’s documentary Exit through the gift shop and, at the time, there was speculation that Banksy and Mr Brainwash were actually the same person.

I haven’t seen the documentary yet but I’ve heard it’s Banksy’s way of showing that ambition and charisma are just as important as talent is to success. Apparently, the documentary shows how easily influenced we are to jump on the latest bandwagon and, more often than not, the latest craze has no real value.

Mr Brainwash has been quoted as saying that he Banksy’s ‘greatest creation’ so you can’t help but wonder if it’s all a hoax and a great big joke, and we the audience are the butt of it. We’re the ones getting sucked into another craze and, ironically, I can’t help but feel swept up in the new Mr Brainwash craze.

Mr Brainwash has become known for taking famous works of art and giving them a Mr-Brainwash-Make-over. This basically consists of some special Photoshop skills and a splash of Andy Warhol style pop-art. It sounds pretty simple but the exhibits really make you look at art in a completely different way and it even makes you appreciate the original work that bit more.

His latest exhibition is held in the massive Old Sorting Office in London. With 200,000 square foot of floor space to play with, Mr Brainwash certainly had the room to be creative.

Even with all this space, the art work is plastered across the walls outside the building, proudly displaying the cheeky slogan, ‘God Save the People’ as thought our Liz had painted it herself. 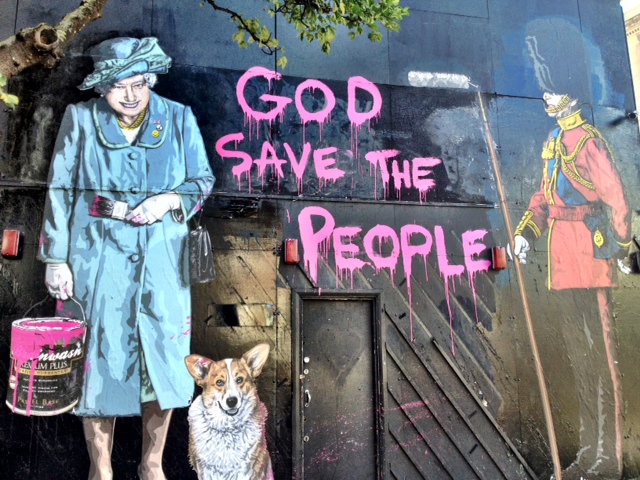 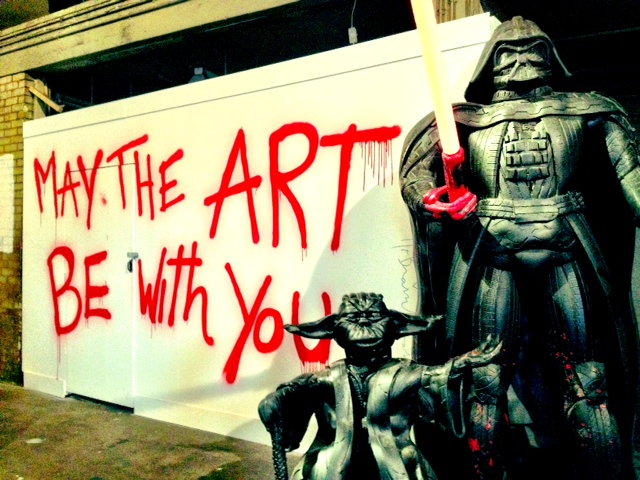 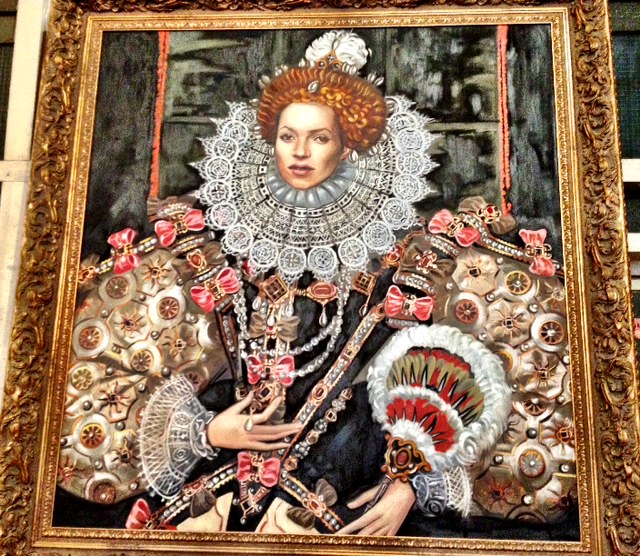 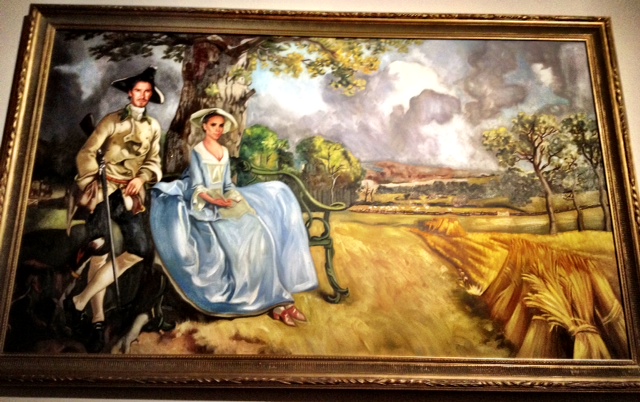 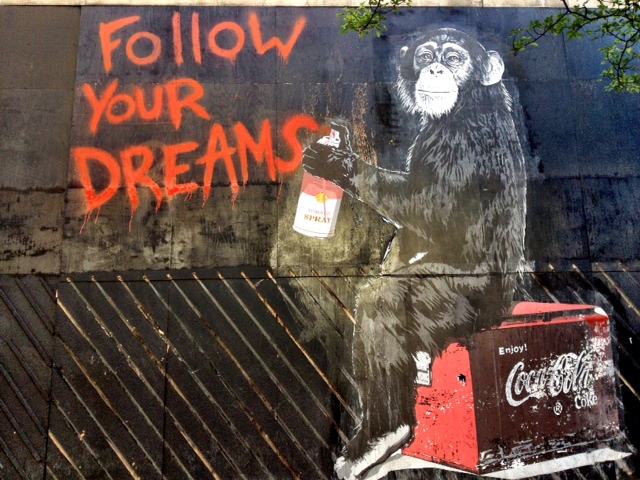 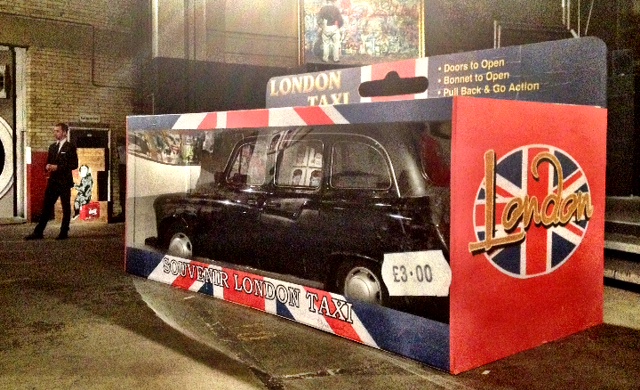 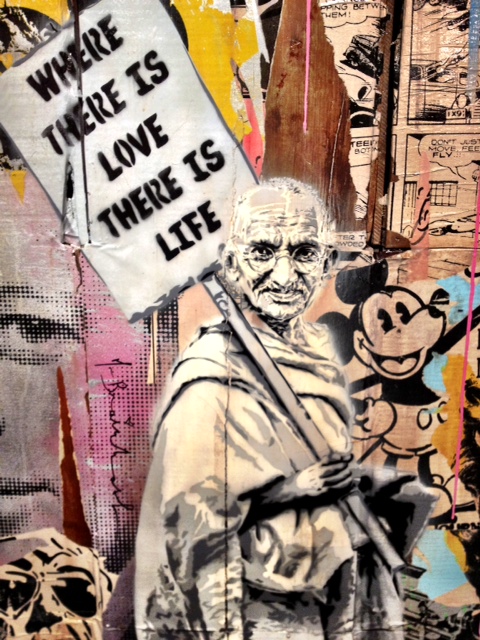 Mr Brainwash has been criticzed for having brash, cluttered, unskilled artwork and also because he has a large team of artists and graffic designers who do a lot of work for him. But seriously, who could build an 10ft gorilla out of old tyres on their own?

Mr Brainwash might not be able to pick up a paintbrush and create a Michel Angelo style masterpiece but his work is just as impressive in my eyes. It’s just as beautiful, just as inspiring and about 100 times more entertaining.

So if you’re in London and you’ve got an hour to spare, I would definitely recommend checking it out.

Want to find out more?

BBC report plus video from the exhibition

Meet Mr Brainwash – an interview in The Standard.

You can see more Mr Brainwash photos on my Tumblr blog where I post all my iPhone photos.

My travel highlights from 2012 | The Travel Hack

[...] who experiments with street art. I also headed to Kent for a ‘Literatour’.A Weekend in KentGod Save the People: Mr Brainwash Art ExhibitionI also went to Portugal in August and spent some time exploring the gorgeous city of Porto and the [...]

You have to see the doc. It'll explain a lot.

This looks really cool. I saw that documentary. It was really weird, but definitely worth watching!

I have seen that documentary and I am all over going to this exhibit when I land in London next month. Great tip!