It’s day 5 of Podmas and the prompt for today is:

I listened to Lucy’s answer to this in her podcast and she chose to go for, ‘I am vegan because….’

I found this quite a hard prompt because I don’t feel like I put labels on myself to be anything. And I don’t mean that in the fluffy way where we tell people not to label themselves because you can be whoever or whatever you want and you shouldn’t put yourself in a box, yadda yadda yadda. No, I don’t mean that. The only label I really have is that as a mother. I am a mother because I had a child. OK, that one isn’t very interesting.

But then I thought some more about what exactly I consistently am and the only thing I could really think was that I’m happy.

I am. I’m a really happy person.

That’s a weird thing to say isn’t it? Not many people say that. OK, this is awkward.

I’ve always been happy (except when I had that moody teenage phase) and I generally am just really happy. Of course, there are days when I’m not ecstatically happy and days where the old PMT kicks in and then I’m just a bitch but overall I’m a really happy person.

I know exactly why I’m happy too…it’s because I subconsciously filter out the bad stuff. I don’t even mean to do it,  often don’t know I’m doing it but I honestly don’t remember bad stuff.

I am happy because I filter out the bad stuff 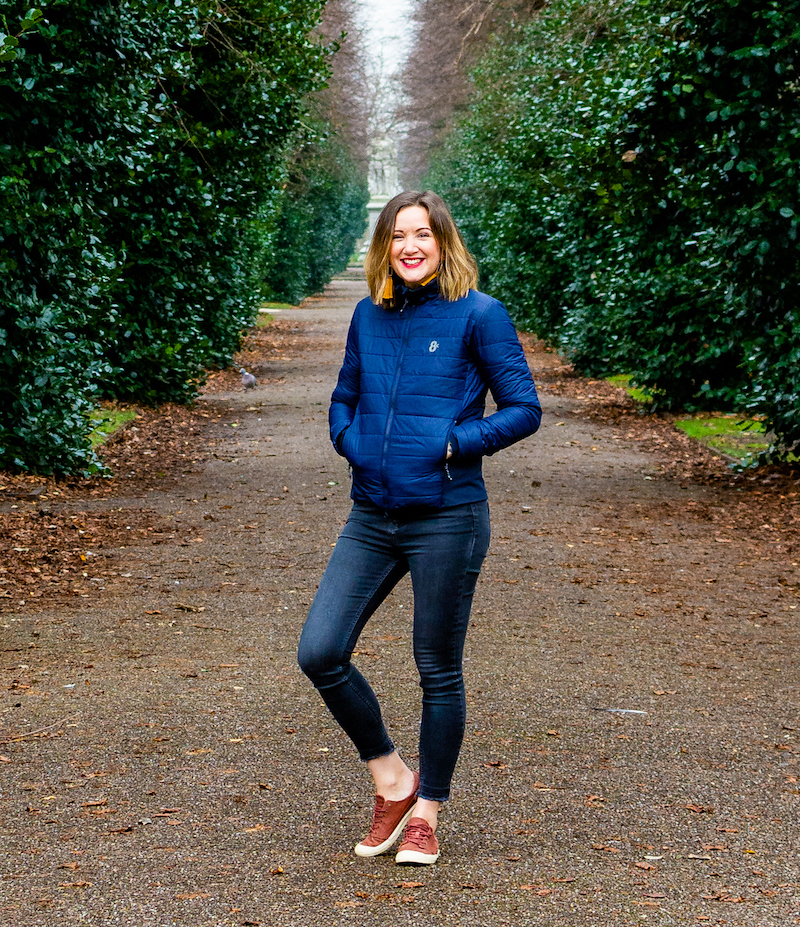 I started noticing I did this when I was a child and my friends would say things like, ‘Remember that awful thing that happened last year?’ and I’d be like, ‘Err…no…I genuinely have no recollection of that.’

When I was around 10 I realised that in all of my memories the weather was absolute perfection. If I thought about the summer holidays from school, all I could remember were six solid weeks of blazing sunshine. If I thought about winter and Christmas holidays, I remembered nothing but snow and frosty mornings with dazzling blue skies.

I don’t think it rained when I was a child. Oh no, it rained once. It rained that time there was an incredible storm when I was about 8 and we watched it from my dad’s office window which looks out over the fields. The lightning lit up the sky like strobe lights in a nightclub and the rain fell like waves crashing on the shore. The thunder was so loud I thought our house might fall down. But it wasn’t scary, it was one of the most exciting things I’d ever seen.

Shortly after finishing school I bumped into a girl who had been in my year. We hadn’t been friends but we were friendly enough for a quick hello. We were in a bar and we were both a bit tipsy and she apologised for being a bitch when we were in school.

I smiled nervously while wracking my brains. I could almost feel the cogs whirring as I rummaged back through old memories to know what the hell she was talking about. I didn’t remember her being a bitch. Actually, I barely even remembered talking to her.

I told her there was no need to apologise and quickly escaped from that awkward conversation.

It happens now too. Sam will say something like, ‘Do you remember that time we were in Bali and we were REALLY sick?’

No, I remember nothing but sunshine and yoga and fruit smoothies and prancing through rice paddies in Bali.

Or he’ll say, ‘Remember that time we worked that awful job in Sydney and we barely saw daylight for about 12 weeks because we worked 14 hour days in a warehouse with no windows?’

No, I genuinely have no recollection of that warehouse having no windows. I remember that the job was shit but my main memory is that we were paid really, really well. We left after 12 weeks and used the money to travel through Asia for 3 months. I even had enough money to buy a car when I got home!

There you have it. The reason I’m a happy person is because I naturally filter out all the bad stuff and just don’t really remember it. I guess I just don’t dwell on it, I don’t think about it or over-analyse it after it’s happened whereas I probably do revisit happy memories again and again so these are the ones that stick in my brain.

This may not be a good thing. This may come back and bite me on the ass in 10 years time and I’ll be spending a fortune in therapy as I try to dig up all these bad memories and come to terms with things like the fact it probably did rain during the summer holidays and the girl probably was a bitch when we were 14.

Check out my other Podmas posts here..

The best advice I’ve ever been given

On being honest online

I flipping love being a mum

This really resonated with me because I think I do the same, always the optimist! I think it’s a great quality you have and you always come across as genuinely happy and bubbly. What’s the point of remembering the bad stuff anyway?

I’m constantly told I have a terrible memory, but this post has just made me realise that I do the same!! So I’m going to embrace the bad memory and happy living ?