It’s just over four years ago that I found out I was pregnant with George. Four years! Most people say time flies when you have kids, but I find the opposite. I don’t mean it drags but taking that pregnancy test four years ago feels like a different lifetime! I can’t even imagine my life without George and Joseph – it feels like 10 years ago, not just four!

Within days of realising I was pregnant I started making plans to be a mummy blogger. It’s only natural, right? I was a blogger and I was about to become a mum, of course I’d be a mummy blogger. I bought a domain name and a new site theme and started busily tapping away at my keyboard drafting up new blog posts.

So why didn’t I publish them?

And why did I get 10 weeks into my pregnancy and completely lose momentum on the whole mummy blog idea?

Any why haven’t I shared every detail of motherhood online like I do with my travels? 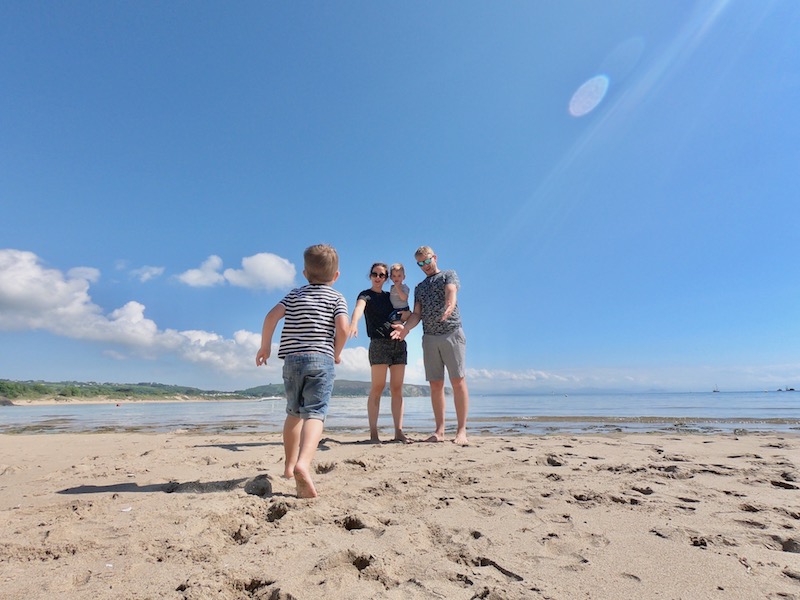 I was scared of negative comments

This feels like a taboo thing to say because mums don’t say this, but I think I’m a really good mum. I’m not perfect but I’m doing my best and my best is pretty darn good. But until my boys are 50 years old and they’re happy, healthy, well balanced adults and they say to me, ‘Thanks mum, you did a good job!’ I’m not sure I’ll ever feel like I’m genuinely nailing it. And until that day, if anyone questions my abilities as a mum it would absolutely crush me.

You’ve probably noticed that when I blog about my travels it will be in retrospect. It’ll be something I did a few weeks or possibly even months ago. It’s a trip that’s been and gone and I can tell you with certainty what was good and what was bad and what I enjoyed and what I recommend. If someone doesn’t agree with me, that’s fine, I’m OK with that. I’m confident I’m doing the right thing when I travel, and if I don’t, I’ll happily hold my hands up and say, ‘That wasn’t a good idea, don’t do that’.

But motherhood isn’t that simple.

I don’t really know how my everyday decisions are affecting my kids. There’s no clean cut advice. I can’t say, ‘Do this and you’ll have a great time and everyone will be happy.’ I constantly worry if I’m doing the right thing and I don’t feel 100% certain every decision I make is the best one.

So if I did something and someone said, ‘I’m not sure that’s a good idea,’ it would freak me out! It would make me question everything and second guess every decision.

People are very opinionated when it comes to raising children, especially people who can hide behind a screen on the internet. And, weirdly, people without children or people who had children 45 billion years ago are often the most opinionated, so they like to tell you what they think and I am not ready for that. 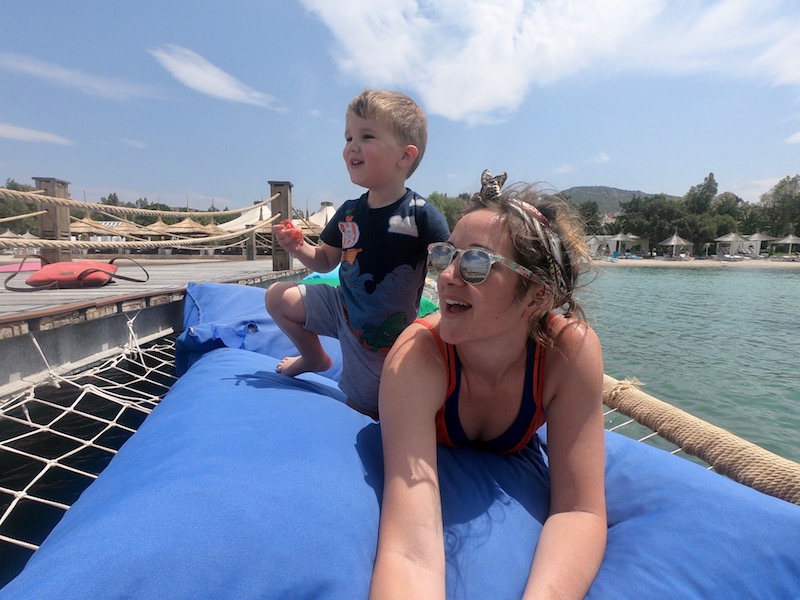 When I look back on pregnancy and the early years of motherhood there are so many epic and momentous occasions. There was so much to think about and plan and worry about and get excited about. But on a day-to-day level, not a lot happens.

I don’t mean being a mum is boring, it’s anything but boring, but if I were to tell you about my daily life as a mum then I’d bore you to tears! It mostly involves very slow walks (very very slow), trips to the park, indoor play centres, gossiping with mums, coffee dates and games of, ‘Who can eat the most vegetables in a minute?’ Spoiler alert: mummy always wins that game and I think they’re starting to realise this isn’t a fun game at all.

I was also super lucky to have fairly straightforward and easy pregnancies so I really didn’t have a lot to say about pregnancy. 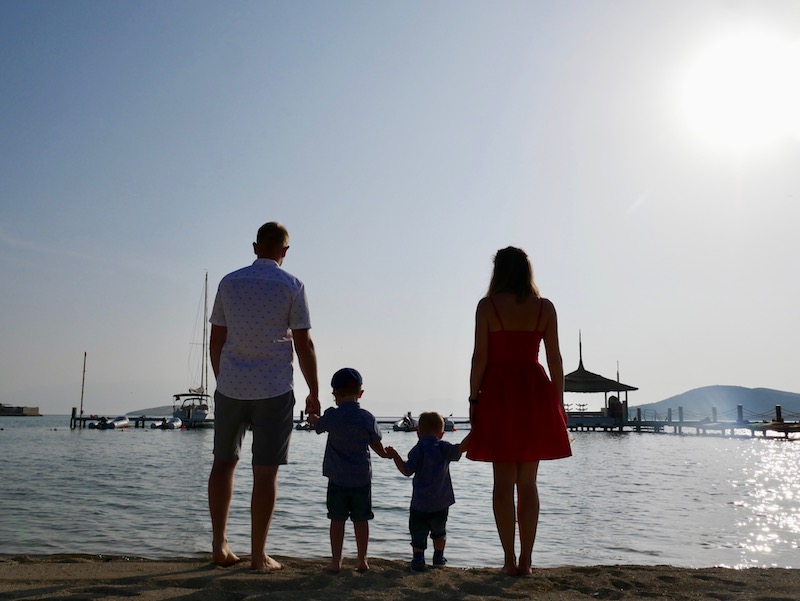 You know when people say kids are a handful? They mean it quite literally. When I go out with George and Joseph I usually have Joseph on one arm and George by the hand and Louie, our dog, on a lead in the crook of my elbow. I’ll have a backpack and I’ll usually be carrying a coat or two and a jumper and a hat and a pair of glovers because, apparently, kids don’t feel the cold and strip off the second we get out the house. I’ll constantly be on the lookout for dangers and keeping a close eye on Joseph who has a tendency to dart off into roads or cyclists or streams or…well anywhere he’s not meant to be really.

I don’t have time to stop and think about what a lovely moment this is or carefully craft words in my mind so I can turn it into a blog post later. And I definitely don’t have time to dig my camera out of my overpacked backpack to take a photo!

I look at bloggers like Tiger Lilly Quinn and see all of her gorgeous family photos and I think, ‘How? How on earth did you take that picture! How do you all look so calm and relaxed!?’ 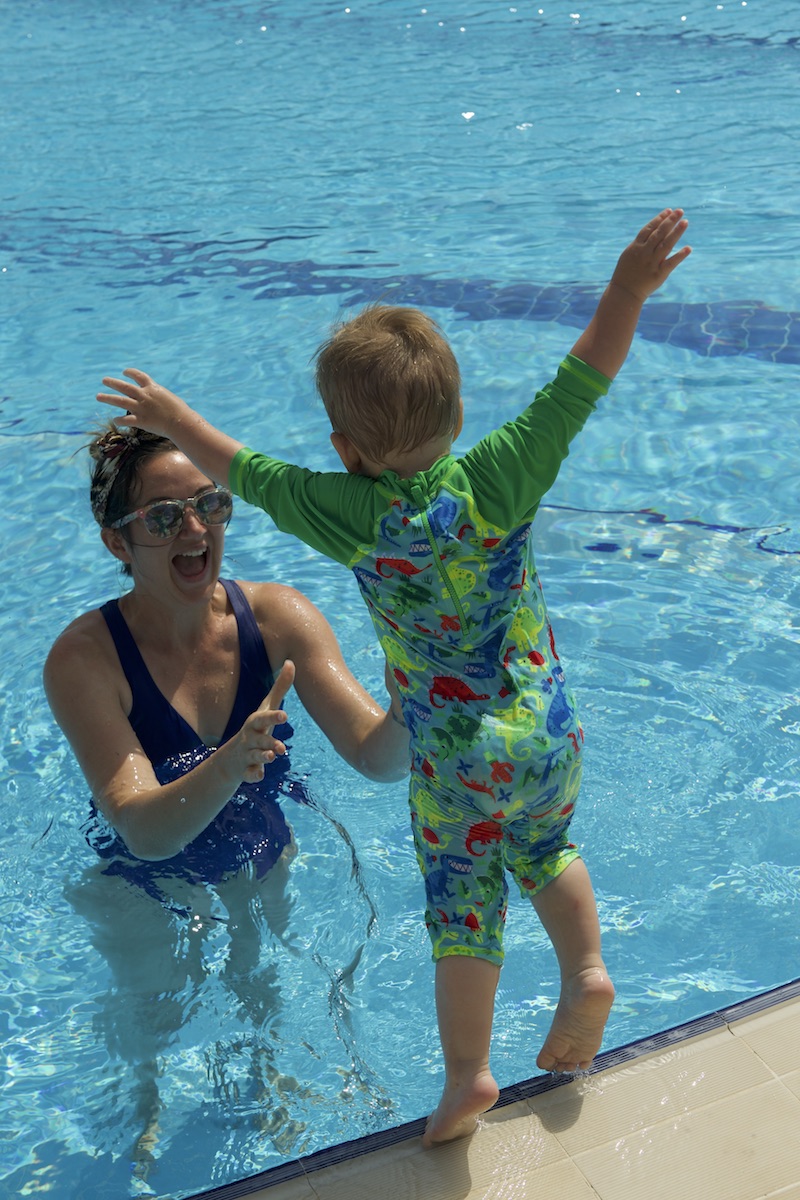 ^ Looking like I’m having fun but I’m actually panicking, thinking, ‘This child is a nutter. He has no fear and will throw himself into any swimming pool whether there’s someone there to catch him or not. I can’t take my eyes off him for a second!’

The third and final reason I don’t blog about motherhood much is because, while being a mum is the most important thing in my life, I don’t feel like being a mum defines who I am.

When people ask what I do, I always tell them I’m a blogger. But, realistically, I only spend a couple of hours a week blogging (except the weeks where I take press trips). Being a blogger wouldn’t even constitute a part time job.

Most people would say that they’re a stay-at-home mum with a little job on the side or a side hustle but I don’t feel like that.

I’m a traveller and an adventurer and a writer with children.

I’m not a mother who likes to travel.

And finally, it’s quite simple. People on the internet can be dicks. People say nasty things. I don’t want people to say nasty things about my kids. (I had to chop out my final paragraph because I read it back and it made me sound like a dangerous psychopath!)

Australia , Blog , travel
The thought of spending Christmas on Bondi Beach makes most people swoon. Imagine lazing in the sunshine, relaxing on the golden sands with a...

Blog
This is what we all want really? Isn’t it? For our lives to be happy, our bodies to be healthy, our minds to be...