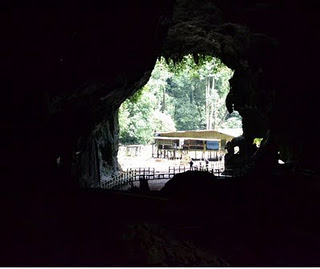 The Mulu Caves are one of the largest limestone cave systems in Borneo. The massive caves are home to bats, swallows and swifts and it is a popular tourist attraction to visit between dusk and dawn when the noctural bats swap places with the birds who are returning home for the night. There is a huge swarm of activity as the birds take the places of the bats and it looks like a giant black cloud as the wings of the different species flap around on their way in or out. 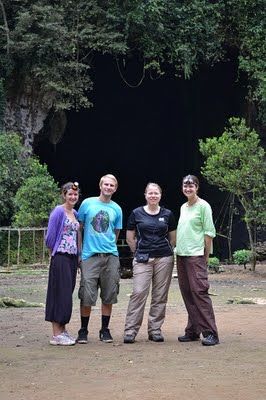 There was a boardwalk inside the cave that ran all the way around the edge to avoid the huge mountain of bat poo that had formed in the middle. The wooden boards were still slippery with a mixture between bat and bird droppings and the smell was so strong it actually made me heave.

The smell then clung to my clothes and stuck in my throat for hours afterwards. The mound in the middle was twitching and crawling with insects that gleamed in the darkness. Patches of the damp cave wall were entirely orange and it took me a few seconds to figure out that it was entirely covered with cockroaches. 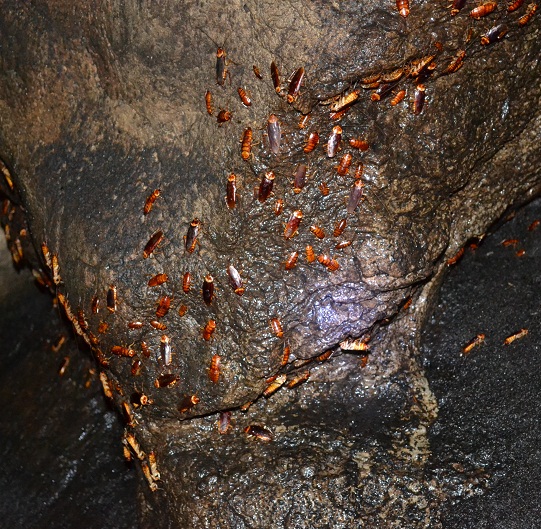 This trip was ‘optional’ and we really had to persuade our tour guide to take us. Now I understood why. 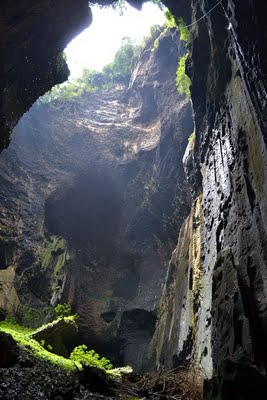 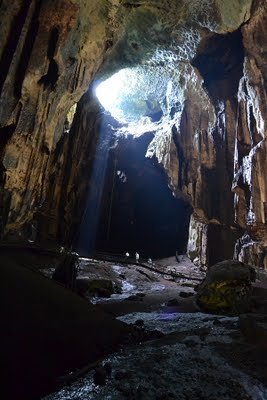 We entered through a huge mouth in the cave but instead of being plummeted into darkness, it was actually quite bright. There were a few different chambers to the cave that had holes where thick beams of light cascaded down, illuminating a circle of the cave and looking like a spot light that beamed down from heaven. Well, it might have felt like that if we weren’t surrounded by poo and cockroaches.

Another thing that the caves are famous for are the bird’s nests that are collected 3 times a year and used in the famous Chinese delicacy ‘Bird’s nest Soup’.

The nests can take up to 1 month for the birds to build and they make them purely from their own saliva. The nests are very valuable which is why there are keepers who live inside the cave to stop people from stealing the nests. They live in a small huts by the entrance to each chamber. It sounds like one of the worst jobs possible because after just a few minutes I was itching all over and couldn’t wait to get out of the cave.