I’ve just returned from a one week trip skiing in Tignes. I’m not the most experienced skier but this was by far the best place I’ve ever skied in Europe. I already know I want to go back next year, and recommendations don’t get much better than that!

Here’s my mini guide to skiing in Tignes…

Tignes, in the Rhone-Alps region of Southern France is the perfect place for those who love to spend their days on the slopes and their evenings partying or enjoying a gorgeous French meal. With its spectacular views across the Alps, it doesn’t even matter if you’re not a seasoned skier. Some of the magic comes from simply soaking it all in.

The Tignes resort area is actually made up of five villages, clustered throughout a stunning valley; Val Claret, Le Lac, Le Lavachet, Les Boisses and Les Brévières. I stayed in the village of Le Lac, which was perfectly located along the slopes, allowing you to ski straight into the town and into the warm!

Looking out a little wider, Tignes is part of the Espace Killy, which is also home to super-chic and ridiculously expensive Val d’Isère. Although Tignes is almost as pretty as its showy neighbour, it’s a much more relaxed place to stay and has a really friendly and welcoming feel for everyone from families to young groups to older couples. Ideal for a few days of relaxing with Sam and one year old George! 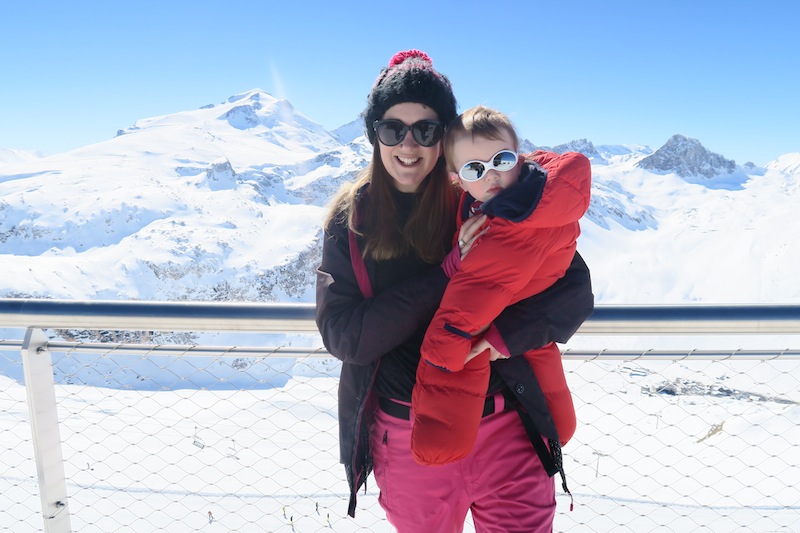 Officially the ski lifts open in October and close in May, but the main skiing season is between December and March, when fresh powder carpets the valleys almost every week. Tignes’ villages vary in altitude from 1550m to 2100m, but all of them are so high, you’re pretty much guaranteed snow for the whole season!

Snowfall varies a lot, but the resort maintains at least a metre of the white stuff underfoot at all times during the winter. Back in 2013, a massive storm delivered over 90cm in one go! You never can tell what’s going to settle in the valley, so keep an eye on the recent snowfall charts if you’re planning a trip. 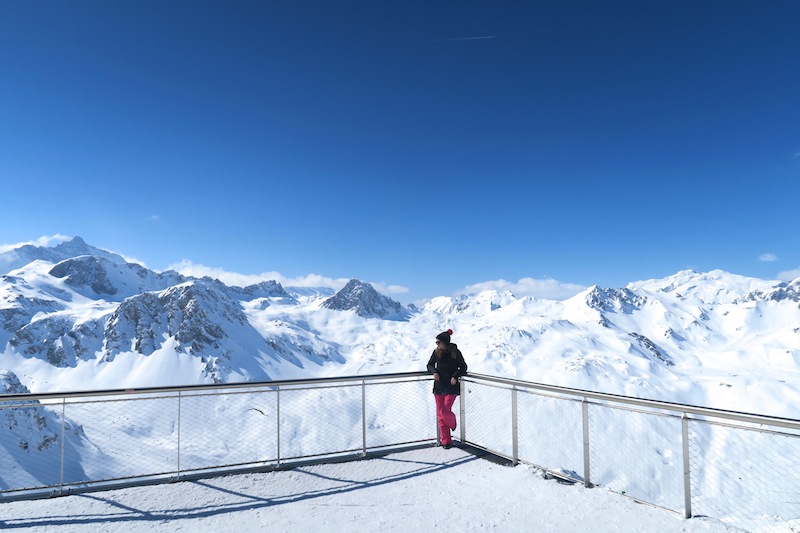 Together with its neighbour Val d’Isère, Tignes provides over 300km of pistes for all abilities throughout the Espace Killy. If you’ve never even put on a pair of skiis before, then don’t worry! Tignes is the ideal spot to learn, with no less than four nursery slopes which are all free of charge.

It’s tempting if you’ve never done it before to try to pick it up by yourself, but I’d definitely recommend investing in a couple of beginner’s ski lessons to get the basics right and avoid bad habits from the start.

Intermediates and advanced skiers really have the pick of the bunch, with a huge range of blue, red and black runs, including a 10km black run called La Sache, which is truly terrifying, let me tell you!

Perhaps it’s unsurprising to learn that Tignes and Val d’Isère were the hosts of the 1992 Winter Olympics – there are certainly plenty of places to challenge yourself. 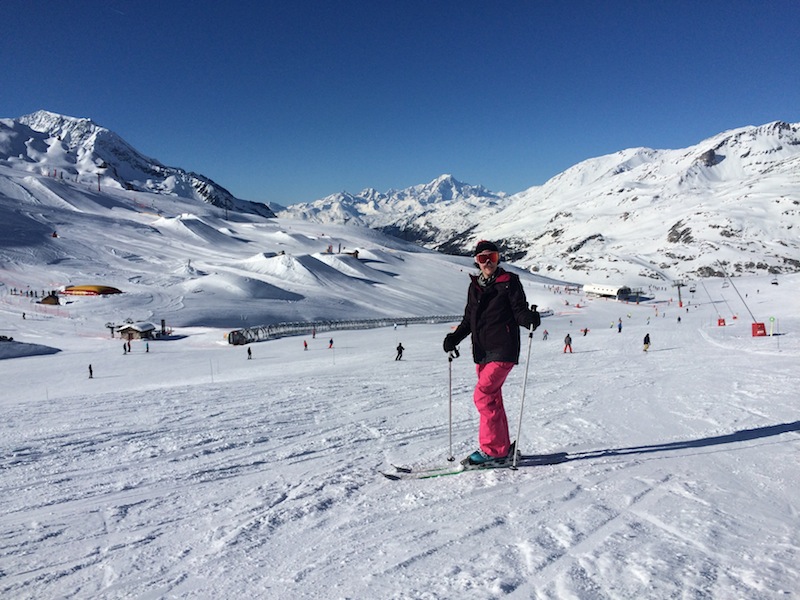 Where to go for Après Ski

It’s not always about the skiing itself of course. Any seasoned skier will know that the Après Ski is just as important… If not more so!

The main place to see and be seen is the Loop Bar in Le Lac. This ski in ski out bar has a huge sunny terrace to make the most of those amazing views and catch a few rays too, and it’s always playing host to international DJs and live bands. Look out for the happy hour deals which make it one of the best value places in town for Après Ski.

Another of my favourites is Folie Douce, which is on the slopes and hard to miss if you’re skiing past. It’s totally crazy, with people dancing all over the place, including on the tables! It’s a rite of passage to have a few drinks here and then ski down the rest of the mountain tipsy. Just be careful not to crash into your fellow skiers! 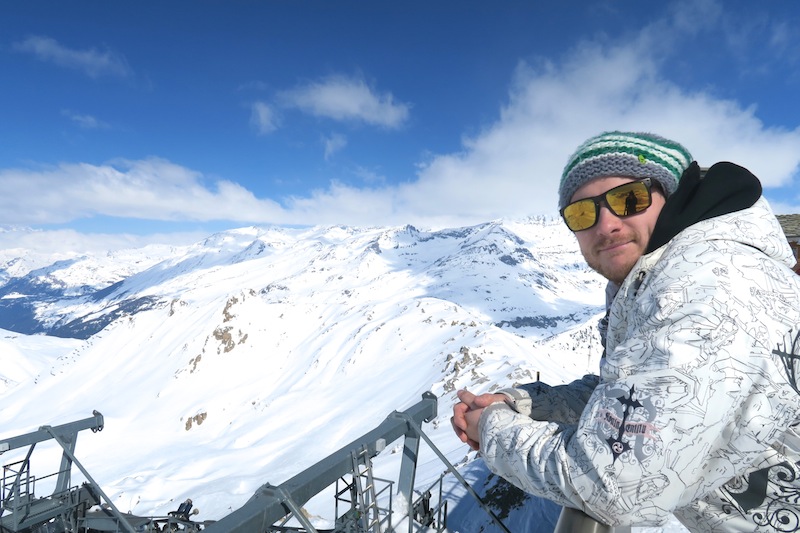 If you’re looking to push the boat out, then you can’t go far wrong with a meal at Couloir Bar & Restaurant. Fresh, crusty breads, duck breast and crème brulee all make sure you remember that you’re in France, and they offer a really reasonably priced set menu so it’s not so hard on the wallet. Make sure you book ahead in high season.

Le Bellevarde Restaurant or Le Panoramic are both famous for their beautiful views of the snow-covered mountains. As with any place with a view, you’ll have to pay a bit more for the food, but it’s worth it.

For a quick lunch on the go, head to Croq Burger in Le Lac. It’s cheap and cheerful and serves greasy burgers and fast food at very low prices compared to other eateries in the area. 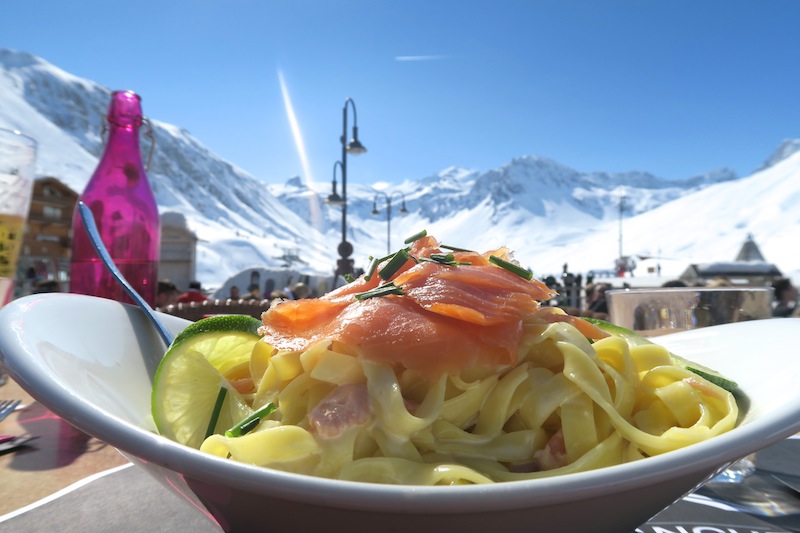 The nearest airport to access Tignes is Chambery, which is around 2.5 hours away by minibus via some pretty beautiful mountain roads. The next closest airports are Lyon (3 hours) and Geneva (3.5 hours), both of which have regular flights in and out of UK airports.

The more expensive resorts such as Val Claret and Le Lac are of course closer to the ski slopes, with villages at the bottom of the valley such as Brévières and Les Boisses offering cheaper accommodation just a bus ride away from the action.

Accommodation varies from the budget to the budget-blowers with a choice of chalet hotels, apartments and whole chalets to rent.

I was travelling with Mark Warner and stayed at Hotel Aiguille Percee. This was a great option as breakfast, afternoon tea, kid’s high tea, a 3-course evening meal and unlimited wine with dinner was included. 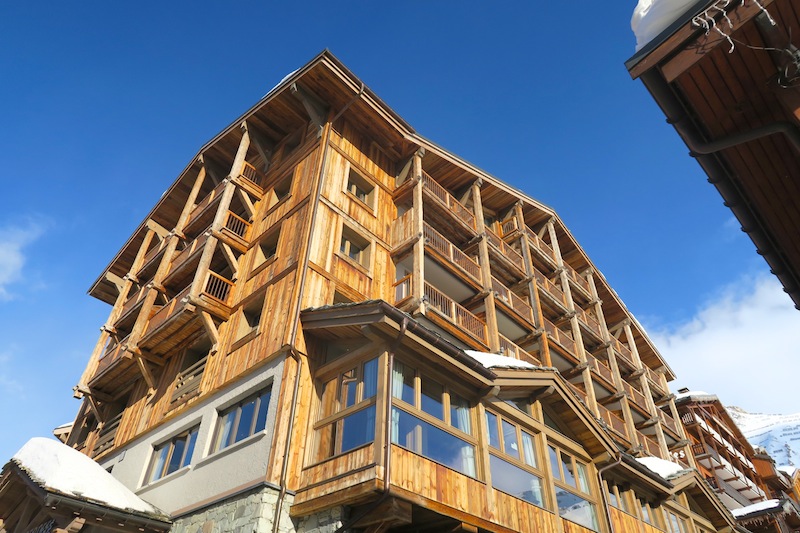 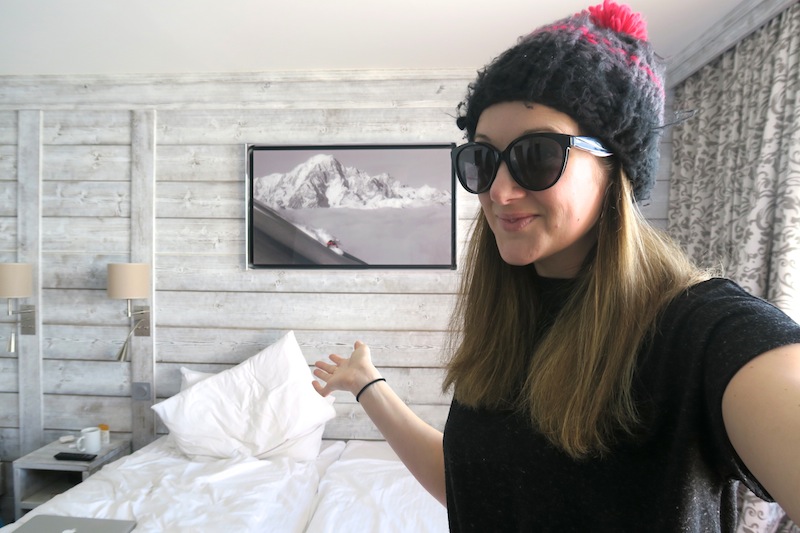 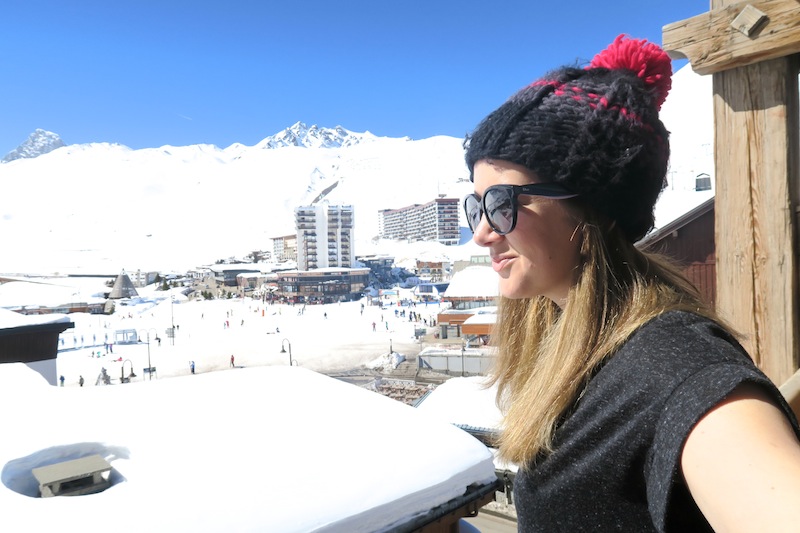 If you’ve opted for a self catering holiday, Tignes offers plenty of supermarkets to keep the cupboards topped up. There are loads of ATMs so you don’t need to carry wads of cash around with you.

There are two main lift passes to choose from:

Tignes & Val d’Isère Combined Ski Pass – This is the ‘Full Area Pass’, covering the whole of the Espace Killy area, which combines the Tignes and Val d’Isère ski areas together. This pass gives you access to around 300km of pistes. Price: from €270.00.

Tignes Valley Pass – This is the ‘Local Area Pass’, giving you access to everything in Tignes, including the glacier and around 150km of pistes. Price: from €228.00.

You can also buy family passes, group passes and for the Tignes fanatic, season and annual passes.

If you’re travelling with Mark Warner to Tignes, you can book your lift passes, ski and boot hire and also ski lessons through them. You can arrange it once you’re there but it’s easier to do it before you arrive. 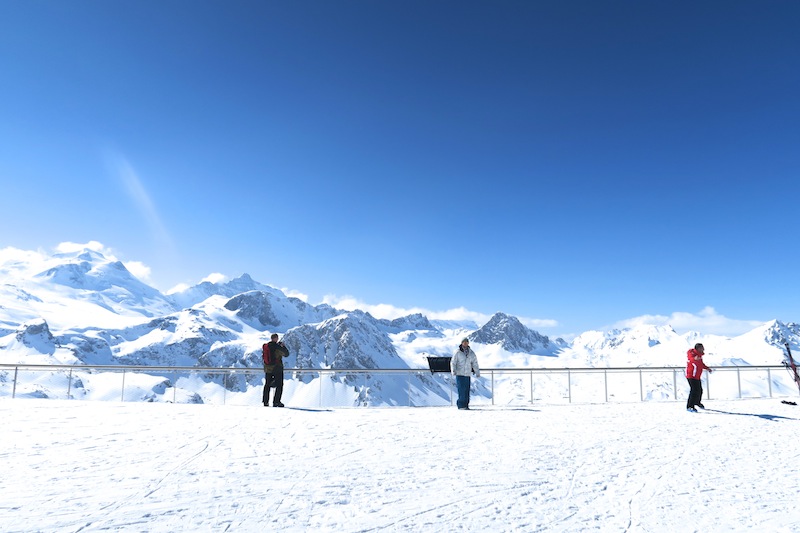 Disclaimer: I visited Tignes as part of a media trip with Mark Warner

What to look for when booking a family ski holiday

Tignes seems to be cropping up everywhere these days, and I've heard a lot about Val d’Isère being the sort of a snowy/colder version of Ibiza - lots of partying and alcohol!

I went skiing in Austria when I was 15 as part of a school trip, it would be great to go back and do it as an independent adult!

I like that comparison to Ibiza! I'm not sure if the regulars would though! It's very expensive but it is good for a party!