I got back from India over a week ago now and for the past 7 days I’ve been thinking about how I would write my first blog post. My short time there was incredible but I came home feeling exhausted, overwhelmed and unable to process everything I’d seen. There was just so much! So many sights, so many colours, sounds, tastes, people and experiences.

So I’ve decided to keep things simple and share the highlights from my trip for my first India blog post. I hope you enjoy them as much as I did! 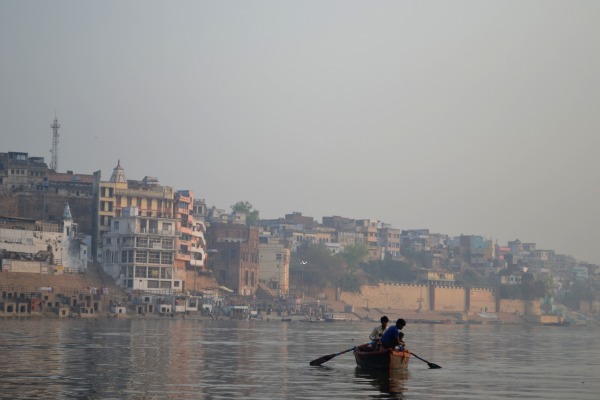 The spiritual city of Varanasi is everything you would expect from India and more. So much more. The chaotic streets are a constant stream of people, cars, tuk tuks, cycle rickshaws, motorbikes, pushbikes, dogs and cows. People travel on whichever side of the road will get them there the fastest and  the streets are lined with crumbling buildings that could fall at any minute.

Whilst in Varanassi I took three boat trips; one at sunrise, one at sunset and one all day trip that took us to a secluded camping spot on a white sandy beach. More on that to come!

Do I need to say anymore? Just look at it. And it’s even more spectacular in real life. I’ve written about the Taj over on the Flight Centre blog and there’s a couple more pictures there too. 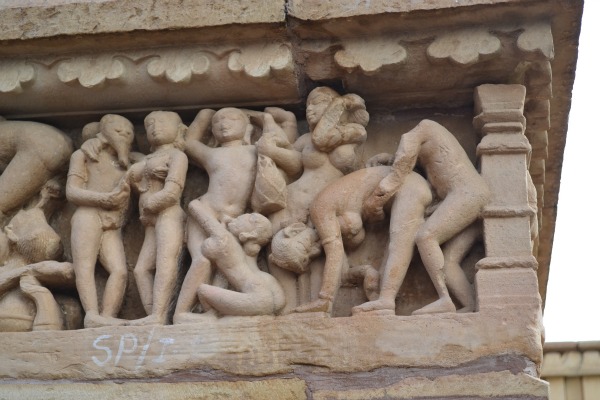 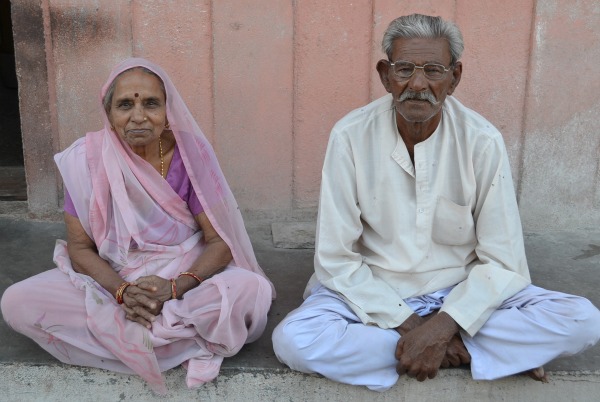 This couple asked to have their photo taken when they saw me taking photos in Chanderi. They said they’d been married for 50 years and, from the look of things, they spent their days sat exactly like this, side by side as they watched the world go by.

While in India, I met some of the most interesting and friendly people in my life. I also met some who were frustrating and rude but they’re the people who make the best stories so we’ll let them off for now.

It was the people who taught me how to row a boat on the River Ganges, how to spot a tiger footprint in Bhandhav Garh National Park, how to cook the perfect roti in Orchha and how to draw the perfect henna tattoo in Chanderi.

I met lots of interesting people but one that will always stay with me was an English language teacher. I met her while waiting for an elusive train which had been ’20 minutes late’ for the past 5 hours. I was sat alone on my backpack on the dirty station floor when she came to join me with her 3-year-old son. I was wary at first, worried that she was yet another beggar who was using an impossibly cute child and my inability to say no to said child as a way to get money out of me.

It turned out that she just wanted a chat. Her English was perfect but since getting married and moving to a rural village she had no one to speak fluent English to and no access to an English radio or TV station. She had 16 hours to wait for her train and planned to spend it speaking English to as many people as possible.

We were both ‘moden women’ in our mid-20’s, sat knee to knee, foot to foot, as we shared a packed of cheese and onion crisps, but we couldn’t have been further apart.

We shocked each other as we revealed trivial facts about our lives. She couldn’t believe I was travelling alone with my boyfriend and my parents weren’t accompanying us. She’d learnt to speak English at collage but knew very little about western culture so it was an interesting conversation.

I was shocked when she said she hated wearing the beautiful red sari that was draped elegantly across her shoulders. With sad disappointment she said her husband made her wear it but she found it awkward and constricting and she took it off as soon as she got home.

She was so modern, well educated, independent and feisty so it really shocked me when she said she wore the sari because her husband told her to. I realised how different we were despite sitting together and chatting about work and relationships, clothes and makeup like I would with any other 25-year-old woman.

“Same, same but different” as the Thai’s would say.

Despite the culture difference, we passed the time quickly and it’s moments like this that will stay with me forever. I’m sure anyone that has been to India will agree, it’s the people that make the country so unforgettable.

Dear Monica, I found this blog while searching for "clothing advices" for female travellers in India... got hooked by your writing style and enjoyed all of your articles about your India trip ;) I am starting mine next week and it was really good to read some interesting insights and positive experiences.. your tips will help me keeping my backpack at an acceptable weight.. looking forward to a nice and (maybe rainy gg) trip, greets from Austria, E.

Hi You have written that you would write more about your whole day boat trip on the Ganges to a camping spot. Can you tell us more as I am heading to India in December and would love to know what you did so I could incorporate it into the tour we are doing. Just a couple of 61 and 42 year old ladies heading for some Buddhist enlightenment but you certainly can't go past visiting Varanasi, it was my number one destination.

Hi Jan. The boat trip was amazing but I wouldn't recommend camping. It was beautiful but the mosquitoes were horrendous. Our entire tent was filled with mossies and it was so, so hot. Also, the little sandy bank we camped on had a village nearby and the villagers didn't like us being there. There weren't any toilets and the villagers obviously didn't like us nipping into the bushes to pee. Also, we heard a girl had been attacked a few month earlier. I only found this out once we left.

I'd recommend taking the boat trip but not the camping.

Have an amazing trip!

Sounds like an amazing trip! It's so true about connecting about the people in places you visit - stories about people I've encountered always end up being the most memorable things. The pretty scenery/temples, etc just form a background for these stories.

I might get me an erotic carving for my flat. I love it! On a more serious note, I had a similar experience with a girl in Tanzania who taught at the school where I was volunteering. She was exactly 1 day older, and we spend ages gossiping every day. It was amazing how many things we had in common, and shocking to learn about the tragedies in her life (among them, being raped and having to leave her daughter in Kenya with her mum so she could try to make some money for the family). It's nice to realised that no matter the background, people aren't so different deep down.