Most cities that are steeped in history can have a spooky side if you’re the type to go searching for it.

I’m sure those old cathedrals where we’ve celebrated births and deaths for thousands of years are filled with scary stories and mysterious whispers that fill the pews.

If the walls of those ancient castles could talk they’d speak of murder and betrayl and crimes to make your skin crawl.

Behind every historic monument there is a bloody history or a tall tale that will chill you to the bone.

Stroll down the narrow streets and you’ll feel the creepy history just a few steps behind, watching and waiting.

Dublin may be home to over a million friendly and welcoming Dubliners and have cheeky leprechauns lurking around rainbows but it has bags of spooky atmosphere to make the perfect Halloween weekend away.

I was in Dublin for the Bram Stoker Festival that was celebrated the weekend before Halloween. Stoker is best known as the Dublin born author and the literary genius behind Dracula. He was the first author to put a sexy spin on a horror character which made Dracula a controversial predator. If you’re a Breaking Dawn fan and you’ve never read Dracula, you need to order it right now, you’ll love it! You can even download it for free:

Dublin was the first European city I’ve come across that really goes to town with Halloween. This is partly due to the Bram Stoker Festival which was in its second year, but I think the Irish just love a good excuse to party and celebrate.
Shop windows were draped with cobwebs and spiders while bars were lit by the flickering eyes of pumpkins with empty grins that welcomed you inside.
Stoker’s home city was infested with ghosts and ghouls and little monsters of various sizes. And, of course, there were vampires hiding around every corner in search of the perfect blood type.
There were loads of things going on during the festival and here are just a few of my favourites: 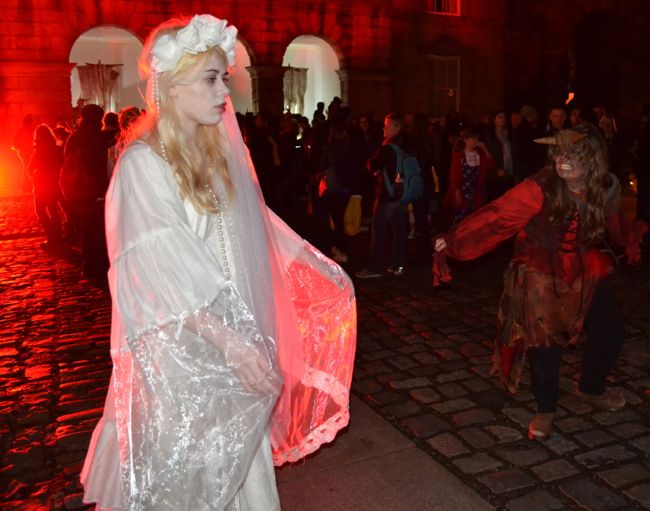 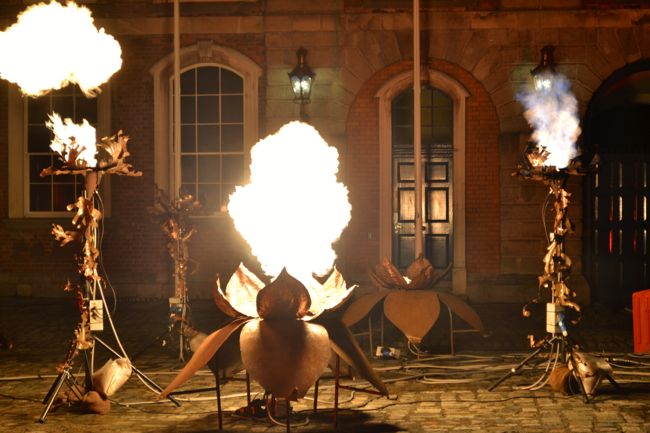 The Fire Garden was one of the places that I didn’t want to be left alone. It was that creepy. The courtyard of Dublin Cathedral was illuminated with blood red lights and the flickering of hot fire surrounded us. Flames burst magically in all directions bringing with them a deep roar that echoed around the ancient walls. Each fiery shot illuminated the castle and revealed ghouls that scurried across the floor like gruesome creatures from a nightmare.

Ghosts floated past before suddenly turning and screaming like tortured souls and disappearing into the depths of the castle. This was a freaky place and definitely not for the faint hearted.

Check out this video that Beverley from Pack Your Passport made while we were there so see what I’m talking about. 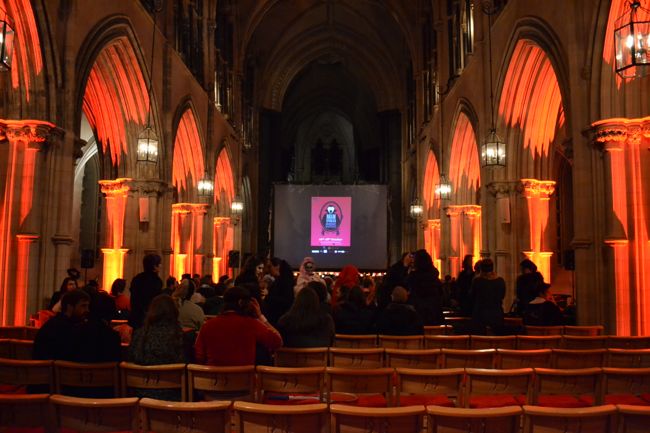 I was invited along to watch The Addams Family in Christ Church Cathedral. I loved the outdoor cinemas in London this summer and this was a great (and spooky) alternative for the winter months.

I love the way Dublin is using the Cathedrals for fun and theatrical reasons. Cathedrals have incredible atmospheres and it seems a shame when all you can do is silently tip toe around them.

Watching a film in Christ Church Cathedral was a great way to enjoy the grand and historic vibe that will always have a magical vibe. I also love The Addams Family and everyone was dressed up as their favourite characters. 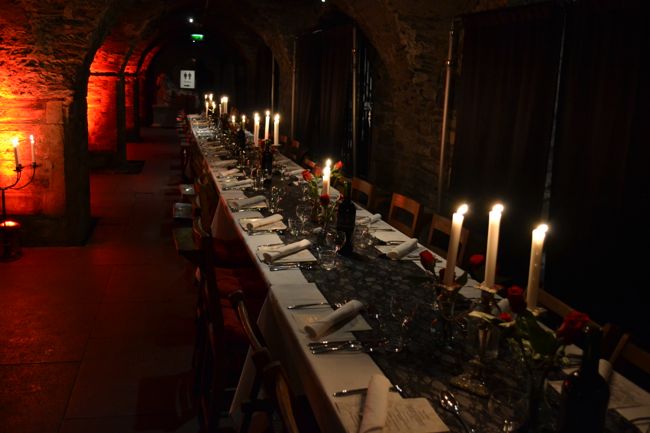 Imagine the creepiest meal you could possibly imagine and times it by about 10 thousand. That’s what it was like having dinner in the crypt of Christ Church Cathedral.

I huddled between a group of thirsty vampires in the cold, dark grounds of the cathedral before being allowed to enter the warmth of the crypt. I tip-toes down the wonky stone steps and was greeted by a theatrical Dracula who wrapped his arms around me and tipped me back before sinking in his teeth. Oh errr…this was going to be a fun night. I was starting to see what Bella Swan saw in Edward Cullen after all.

Sipping rather appropriately on Bloody Mary’s, a spooky group of vampires and witches piled in to the candle lit crypt. We enjoyed a feast fit for any self respecting vamp. Here was our menu:

One, ha ha ha ha ha (I had to keep the ‘ha’s’ because it reminds me of Count Dracula on Sesame Street)
Devilled kidneys on hot buttered toast
Confit of wild pigeon with figs and beetroot 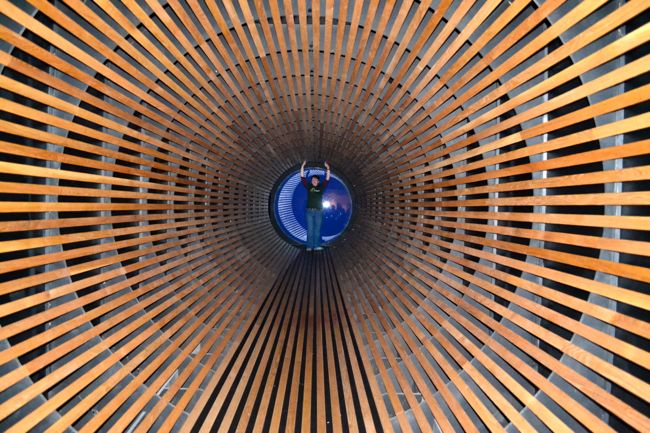 If your nerves can’t take any more of the spooky action then why not opt for some Irish spooks at the Leprechaun Museum. You’ll be shrunk down to leprechaun size before you’re taken on a journey to learn more about elves and imps and ghosts and fairies and, of course, the infamous Irish leprechaun.

It’s likely the festival will go ahead again next year (fingers crossed!) and get bigger and better every year. There were loads of other things going on in the city during the Bram Stoker Festival such as:

Massive thanks to Failte Ireland and Ireland.com for inviting me along to the festival and giving me that chance to spend a few days in Dublin. The festivals gave me a new love for Halloween, for horror literature (my Christmas wish list is now full of spooky novels) and it made me fall head over heels for Dublin.

The Travel Blogger's Guide to Ireland | The Travel Hack

[…] A Spooky Weekend in Dublin at the Bram Stoker Festival {The Travel Hack!} […]

Hey Monica, nice write up. I like horror stories and pictures. These pictures looks like really horror scene.

They certainly do, it was a spooky experience to say the least!

This does sound fun although I'd probably be jumping out of my skin at the slightest thing. I scare easily!

Hehe, I do too! I was a nervous wreck by the time we left Dracula's Fire Garden!