When anyone asks me what my favourite travel app is I have to say Google Maps. There are times when I genuinely don’t know how I’d find anything without Google Maps! But it isn’t just great for finding out how to get from A to B, there are actually lots of other functions that can make travelling so much simpler. 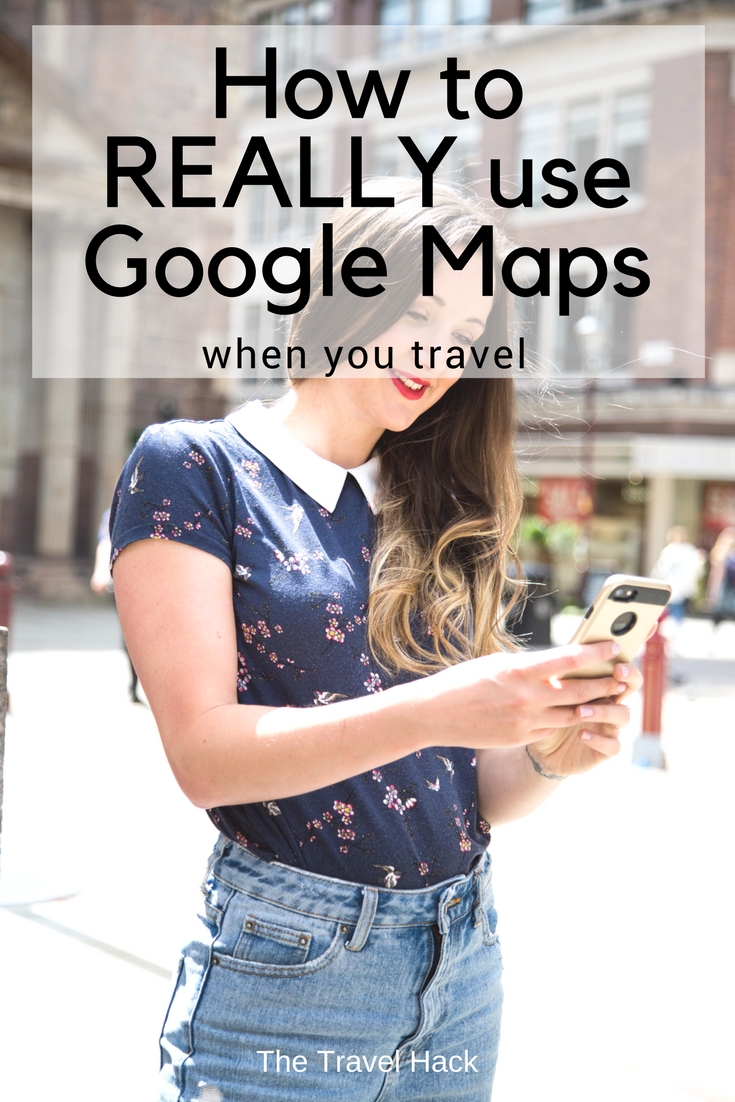 Last week while I was in Bristol I used Google Maps to create a personalised itinerary map, which I ended up using almost like a walking tour app. I’m terrible for getting lost and I usually don’t mind but with such a short trip I didn’t have time to be doubling back on myself or visiting the same area twice because I missed something the first time.

I had just 24 hours in Bristol and anyone who knows the city will already know that it’s not nearly enough time to see everything. I was starting to panic because I had so many things I wanted to see and I knew I’d struggle for time. I wanted to make the most of every minute I was there so I created a map using Google Maps on my desktop. On the desktop version I plotted every single place I wanted to visit during my short trip to Bristol.

I then saved the map so it appeared on the app on my phone which meant when I arrived in Bristol and opened up Google Maps I could see all the places I wanted to visit and where they were in relation to where I stood. 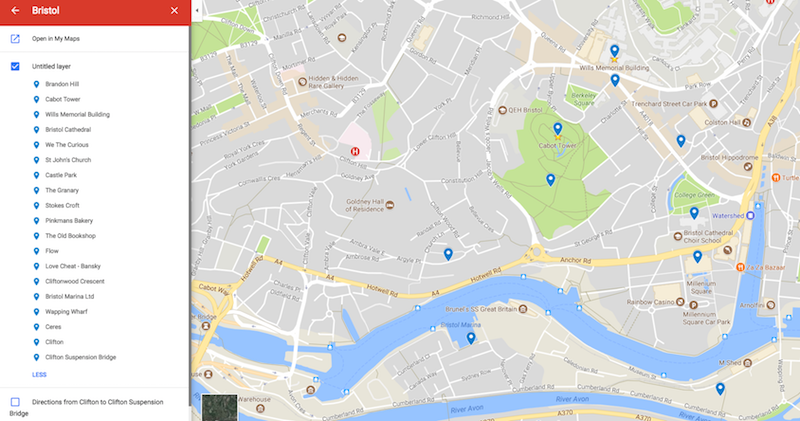 Of course, I put my phone away from time to time and got a little bit lost but it didn’t matter. I could pull my phone back out, find out where I was and I could see if I’d plotted any attractions near to where I’d wandered. It’s a great way to casually wander and discover new things but also be aware of what’s close to you. I hate it when you miss out on seeing something simply because you didn’t realise it was right around the corner!

There are a few other great uses for Google Maps and you can see them on this handy infographic from Expedia.

A traveler’s guide to using Google Maps, courtesy of Expedia.ca

I really love the ‘drop pin’ feature. I recommend doing this for your accommodation and also for where you park your car, especially in cities! There have been so many times when I’ve parked my car in the first spot I’ve come across and excitedly hopped out the car ready to explore. The fast forward 5 hours when I’m tired and want to drive back to my hotel but I have absolutely no idea how to find my car!

The second feature I love is the ability to find out how to get from A to B using public transport. Google Maps usually has really detailed information about which trains and buses to take. It makes it so simple to get around an unfamiliar city!

I know some people don’t like using so much technology while they travel. It is fun to just wander and get lost sometimes, but Google Maps is also really important for safety. I like the ability to use Street View to check out what an apartment building looks like before you arrive. This is particularly useful if you’re using AirBnB as they can be hard to find and this could be dangerous if you’re arriving after dark.

Do you have any other ways you use Google Maps while you travel?

*This post is in no way sponsored by Expedia, I just think it’s a really great infographic to show all the different ways you can use Google Maps while you travel. Big thanks to Expedia for creating it.

[…] We also recommend saving key attractions, bars and restaurants as pinpoints on the map. Check out a guide on how to do this here, from our friends at The Travel […]

Paris Travel Hacks: The best travel tips for travelling to Paris + How to win a holiday to Paris!

[…] Read more: How to REALLY use Google Maps while you travel […]

[…] possible as quickly as possible but try and resist that temptation. Get some comfortable shoes on, load up Google Maps, and head outside. You never know what you’ll see, and the lack of controlled environments brings […]

[…] Read more: How to really use Google Maps while you travel […]

My holiday planning routine for city breaks - The Travel Hack

[…] Read more: How to REALLY use Google Maps while you travel […]