When I tell people that I spent 18 months in Australia and I drove around the entire country in a campervan they automatically assume that I must be loaded. Australia is an expensive country for us Brits so, while I wish I was loaded, I had to work really hard to be able to do that.

Before travelling to Australia I spent three months in Asia so I arrived with very little money. I had about £1,500 and anyone who has been to Australia will know that this won’t last you very long at all.

I ended up having a few different jobs in Australia and thanks to the exchange rate I actually left with a healthy bank balance. I even saved enough to spend a further three months in Asia on the way home and then I arrived home with enough to set myself up and buy a car etc too.

I want to tell you about the jobs I had in Australia to show that anyone can work out there. I hear lots of travellers saying that it’s hard to find work and it’s impossible to get your second year working holiday visa (you can get a second year by working somewhere rural for three months). It is difficult but it isn’t impossible. The jobs I had weren’t skilled at all but I did have to work hard for them. Wages in Australia are brilliant so even my basic waitressing jobs paid around $23 an hour with tips on top. 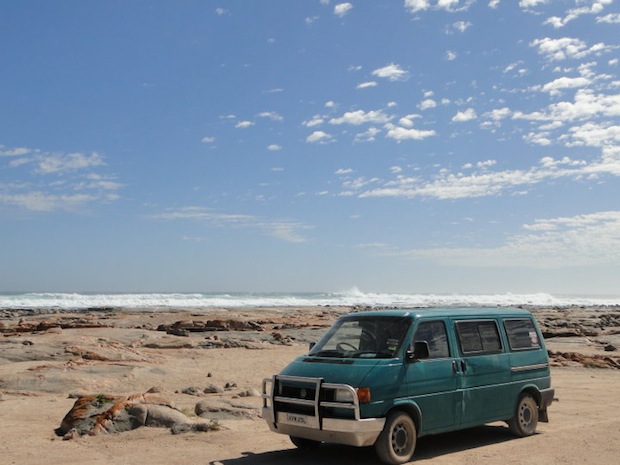 Our wheels (and home!) for 18 months in Australia

I also want to show that you don’t need to save tens of thousands of pounds to travel. Of course, you need some money saved in case of emergencies and in case it takes you a few weeks to find work but working and travelling at the same time is a great way to see the world.

While I was in Australia we would work for about 3 months and then travel for 2-3 months before settling somewhere else and working again for a few months. I was with my boyfriend so travelling in a couple or a pair can cut costs.

My jobs in Australia

The week I arrived in Sydney I did the Responsible Service of Alcohol (RSA) course which enables you to serve alcohol in Australia. If you haven’t done this course you can’t serve any alcohol at all so you won’t be able to work in bars and restaurants. Its super simple, you’re basically just told not to serve people who seem drunk. Remember that you need a different RSA in each state.

Once I had my RSA I signed up with Troy’s Hospitality, a company that organizes business events and parties. Working for an agency means that virtually anyone is given a first chance and you’re then offered more work based on your performance.  I’d worked as a waitress since I was 14 so with seven years experience I was quickly booked up. I worked everything from 21st birthday parties to sports events to corporate events. It wasn’t the most exciting job but it gave me an insight into the rich, famous and wealthy lives in Sydney so I had a lot of fun.

OK, this one sounds a bit weird but for six weeks I worked in an office doing magazine subscription renewals. It was just before Christmas so all I was doing was renewing the orders from people who bought magazine subscriptions as Christmas presents. It was basic data entry but the entire team were backpackers so we had a lot of fun and it was very well paid at about $26 an hour. 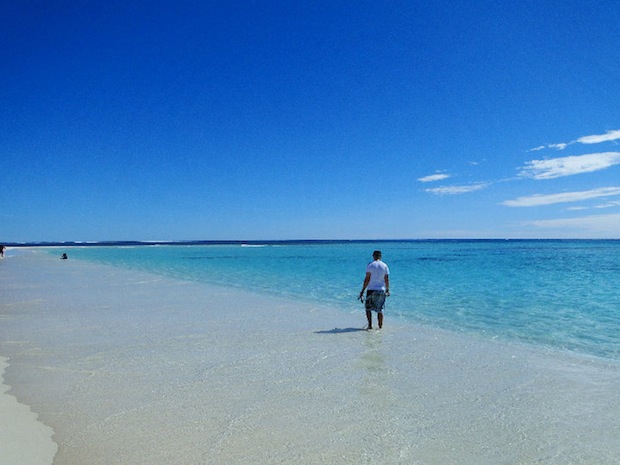 Work for a few months and then spend a  few months hanging out on beaches like this. Not a bad way to travel. Photo taken in Exmouth, Western Australia.

Job #2 – Waitress in a café, Melbourne

After a few months in Sydney we spent three weeks relaxing and travelling before settling in St Kilda on the outskirts of Melbourne. It was harder to find work in Melbourne and there just didn’t seem to be much available.

I ended up working the morning shift in coffee shop that overlooked St Kilda beach. I began work at 6am and finished after lunch so had the rest of the day to chill out on the beach. Again, this was well paid and the tips were high too. I also got my breakfast and lunch every day so that saved me some pennies.

Job #3 – Waitress in a restaurant, Melbourne

I was always finished with job #2 by 2pm so 2-3 evenings a week I also worked in a restaurant for another 6 hour dinner shift. This was tough doing the two jobs in one day but each shift brought in an extra $150 that I couldn’t turn down.

This is where the jobs get interesting as I spent five months working on an island that people visited for scuba diving and fishing. My jobs could include anything from waiting tables, serving behind the bar, cleaning, driving people across the island in the 4x4s, helping people unload their boats when they arrived at the island, going on fishing trips or serving in the shop.

It was so hot on the island so we only worked in the mornings and evenings which gave us the entire day to scuba dive, swim, take walks and generally hang out and experience island life.

Just 8 people worked on the island so we became a close group and had a lot of fun together.

One of the main benefits of working on the island was the food and accommodation was included so we saved virtually every cent we earned over five months. We had to buy our own beers but more often than not the guests would buy them for us so my boyfriend and I left with close to $20,000.

The reason we got this job was because they were looking for a couple. The island was very isolated so couples work best and it means they save on accommodation too. They wanted a female with hospitality experience and a male with a trade (my boyfriend is a plumber). The island was very much separated by ‘boy jobs’ and ‘girl jobs’ which suited me perfectly as I got to work in an air-conditioned shop while the boys fed fish guts to the sharks. 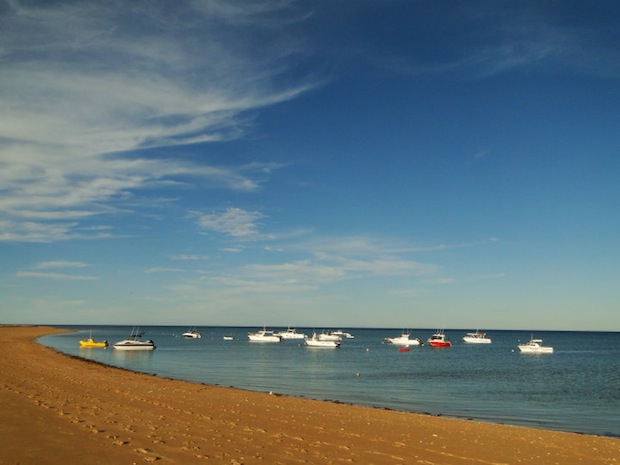 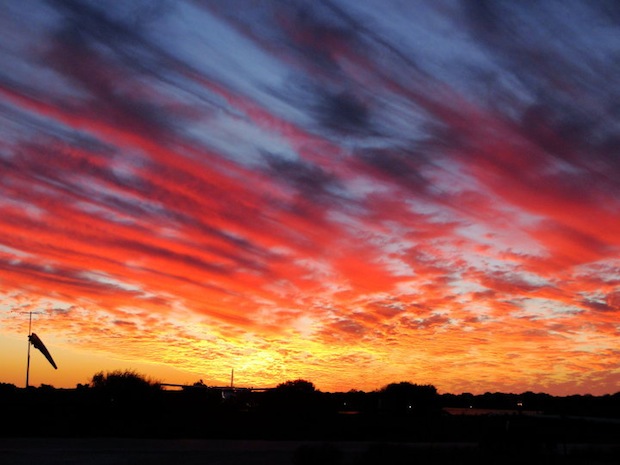 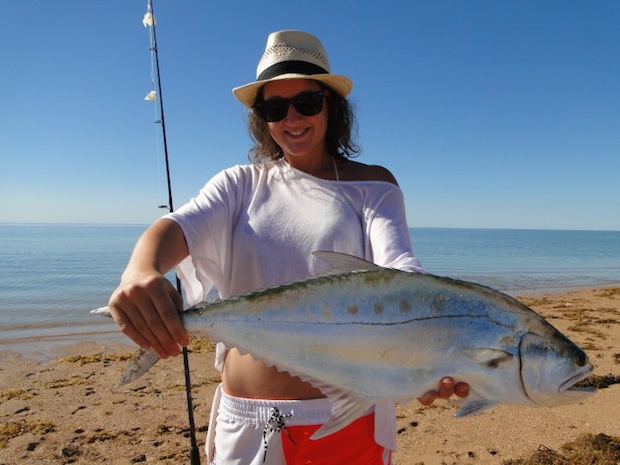 The fifth and final job was the hardest but the best paid. The previous year my boyfriend had worked as a delivery driver delivering Christmas hampers. They asked him to go back the following year as a warehouse manager during the Christmas hamper delivery period. I went along with him for the interview and they asked me to be the receptionist/assistant manager/admin person.

I was in charge of making sure the drivers knew where to take the hampers and sorted out any damages or complaints.

If there weren’t any problems I had very little to do so this is when I started blogging properly!

The reason this job was so hard was because we worked 12-14 hours a day, 7 days a week for 8 weeks. We were paid really well and had very little time to spend our hard earned money so we saved up another hefty chunk.

How to find jobs in Australia

[icon_x] Don’t bother applying for jobs before you arrive. No one will offer you an interview so you’ll be disheartened and get worried.

[icon_x] Don’t apply for anything but it’s worth searching seek.com.au to see what’s out there.

[icon_check] Once you arrive, apply for as many jobs as possible online. You’ll find that most jobs are advertised through agencies who will call you in for an interview and they’ll see if they have anything else that is suitable for you.

[icon_check] If you’re looking for bar/café/restaurant work then you should go in in person. Print off 50 CVs and take them into all the bars in person. Ask to speak to the manager and introduce yourself and you’ll get a much better response than if you just phone or email. Go in when they’re quiet (opening time is always good) so they have time to speak to you.

[icon_check] Check hostel boards for jobs. Many businesses looking for casual workers will advertise in hostels where they know they have hundreds of people looking for work.

[icon_check] Stay in hostels to hear word of mouth recommendations.

[icon_check] Check Gumtree – we found out jobs on the island through Gumtree so don’t discount it as a spammy website. 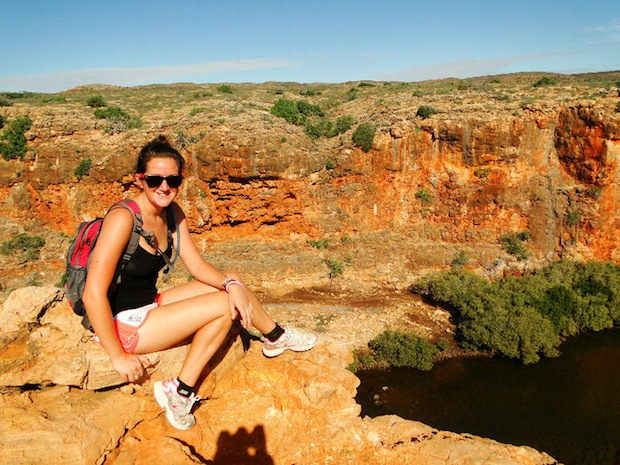 Tips for working in Australia

If you have any questions about working in Australia, just let me know in the comments below and I’ll get back to you.

And if you’ve worked in Australia, tell us about your jobs!

My friend and fellow travel blogger, Beverley from Pack Your Passport, has made a really useful video about working holidays visas in Australia. Definitely give it a watch if you’re planning to work in Australia.

Hey! Did you have your camper van the whole time in Aus? Whilst you were working etc... Or did you work and then get the camper van to travel after? :)

Hi my son is in Sydney and rapidly running out of money. He’s waiting for his tax file. Is it possible to get any work while he’s waiting for this? Where could he find those kind of jobs? Regards Diane

He can't legally work without a tax file number. But that's not to say there aren't cash in hand jobs available. I knew a lot of lads who worked as labourers for cash. It's best to ask around hostels as these jobs usually come from word of mouth recommendations. Best of luck to him!

Hi, this blog was so helpful as We're considering buying a campervan and travelling/working around Australia too. When you were working, we're you staying in a campervan or in property? I wondered of you needed an actual address for pay/tax reasons. Or was it acceptable to put a campsite as your address?

No, we didn't live in the van while we were actually working. It would have been possible if we worked somewhere fairly remote but in the cities it can be expensive to keep the van parked somewhere you can actually sleep in it. And yes, you'll need an address for tax and when you first register. I was lucky because my cousin lived in Sydney so we used his address but lots of people use hostel addresses too. So you could stay at a hostel for a week while you get everything set up. I hope that helps!

Hello I just want to ask regarding visa. I will travel to Perth on January 2018 and having tourist visa. Is it possible to get bridging visa after Im arrived and is it easy to find work using tourist visa

I'm not sure about the bridging visa. I think it probably depends where you're from so you're best off looking on the government website. As for finding work on a tourist visa, it really depends what skills and experience you have. I think if you're skilled, experienced and a nice person then you won't have any problem at all finding work.

Your blogs are great!

How easy is it to live in a campervan and work? Did you stay in campsite for long periods of time whilst you worked or did you move your camper around the city to different locations whilst you stayed put and worked?