I wrote this post after many requests from new mammas, soon-to-be mammas and people considering being mammas in the very distant future.

“What’s it really like to travel with a baby?’ they’ve been asking. “Come on, tell us the truth!”

So here goes, the good, the bad and the ugly when travelling with a baby – a perfectly title because there’s lots of good, lots of bad and lots of ugly!

Remember that George is now 16 months so technically he’s actually not a baby anymore. But he’s not quite at the age where I can say how wonderful it is to ‘see the world through my child’s eye and experience the wonder with every new experience yadda yadda yadda.’ George gets just as excited about a trip to Aldi as he would about a trip abroad so I think it’s safe to say we’re not quite at that stage.

Babies aged two and under fly for free. Yey! That’s got to be the first ‘good’ on the list, right? You also don’t need to pay for them in hotels and if you’re breastfeeding it’s more freeness. Whoop. You do need to pay for their taxes but it’s very little.

Read more: What to take on a plane for a toddler

Lots of people talk to you

There is no better ice-breaker than a baby. A puppy works just as well, but let’s not get distracted by a long list of cute things that can be used to break the ice.

Wherever you are in the world people will speak to you when you have a baby in your arms. Men, women, children, policemen, business people, waiters, everyone. It doesn’t matter if you speak the same language, they’ll still speak to you.

Travelling with a baby is a great way to chat with local people, meet friends in a bar, get to know people on the beach or when you’re out and about.

A baby forces you to slow down

I initially saw this as a bad thing but being forced to chill out while on holiday can only be a good thing. There might not be an action packed itinerary but there’s plenty of time to relax and soak up the scenery.

Spending time with your baby is awesome

Can’t forget this one! We’re a world filled with busy people and holidays are often one of the rare occasions when we actually relax and spend time with the people we love without rushing off to work or to do chores and one of the million things on your to-do list.

If a holiday brings your family together and makes you spend some quality time together then that can only be a good thing.

These are the photos you’re going to look back on in years to come so make them good ones! 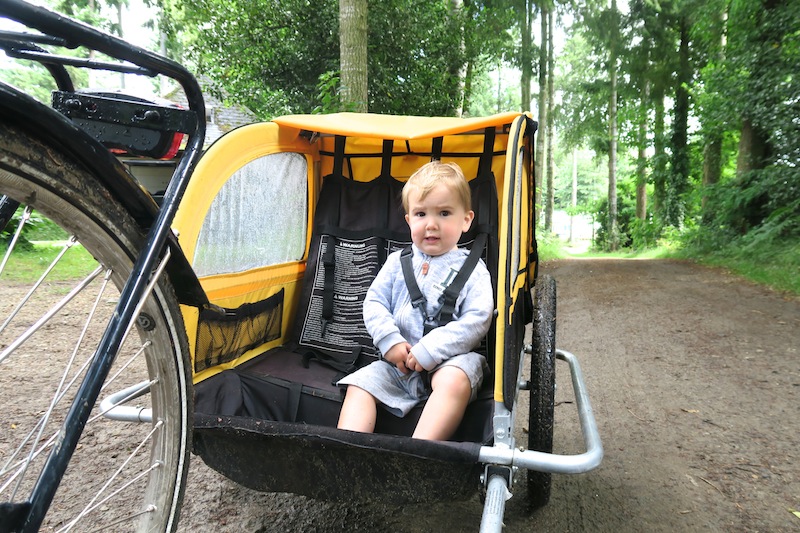 Babies thrive on routines (well at least mine does anyway) which means there’s very little room for spontaneity.

“Shall we pop down to that cool bar for a drink?”

“I’ve just put George down for a nap. Let’s go as soon as he wakes up.”

He’s hungry so has some food.

He makes a huge mess so needs cleaning.

He does a poo so needs changing.

We’re just about to leave and he’s sick so needs a change of clothes.

Three hours later and we finally get to the bar but it’s nearly dinner, bath and bedtime so we have to guzzle our drinks and leave quickly.

You feel the need to pack a lot

I say ‘feel the need’ because you actually don’t need to pack a lot. Every country in the world has babies so every country has shops that sells baby stuff – like nappies and wipes and even your favourite brand of formula. But there will be something in the back of your mind that tells you to pack EVERYTHING. Pack all the things. Everything. Pack for a month when you’re going for a weekend and pack for a year if you’re going for a week.

Even when you know there’s a shop next to your hotel, you’ll still want to pack every item you will possibly need, and then pack a few extra things – just in case. And then pack a few ridiculous things you’ve never even used at home – because you never know when you might need them.

Yea, we all know that it sucks when babies cry, but when they cry at home you just get on with it. You shush them and soothe them and eventually get them to stop. But when you’re on holiday crying babies are a million times worse.

You’re hyper aware that everyone else is on holiday and trying to relax and enjoy themselves. When you’re on the plane you think everyone is hating you. When you’re in your hotel you think your neighbours can hear you.

So you get all stressed and try and shush your baby faster – which obviously doesn’t work because they pick up on your stress and cry even more.

It’s a stressful situation all round.

Difficult might be putting it mildly. I know some babies will sleep soundly in their pushchairs if you go out for an evening meal. They don’t disturb anyone and you can happily go to any restaurant because you’re confident your perfect child will sleep through your meal.

I don’t have one of these children.

I have a baby who gets to 6.30pm and needs to go immediately to his cot or he will dissolve into a fit of uncontrollable tears. This is fabulous at home as he’s always asleep by 6.31pm. It’s not so fabulous when you want to go out for dinner.

It means ridiculously early dinners or room service are the only options.

Flights will never be the same again

There was a time when I actually enjoyed long haul flights. Admittedly, this time feels like a lifetime ago. I’d get some work done, read a book, have a few G&Ts, watch a few films and have a guilt-free daytime nap. Ahh, it was bliss. These days, not so much.

I hear people talk about babies that fall asleep on flights and babies who sit on their parent’s laps for hours on end and cheerfully watch the latest movie releases.

Unfortunately, the majority of babies don’t do this.

I have one of those babies who spends the majority of the flight tearing up the inflight magazine, licking the window, staring at strangers for an uncomfortably long time, playing peekaboo with anyone who makes eye contact with him and finally crying himself to sleep while I apologize to everyone around us. 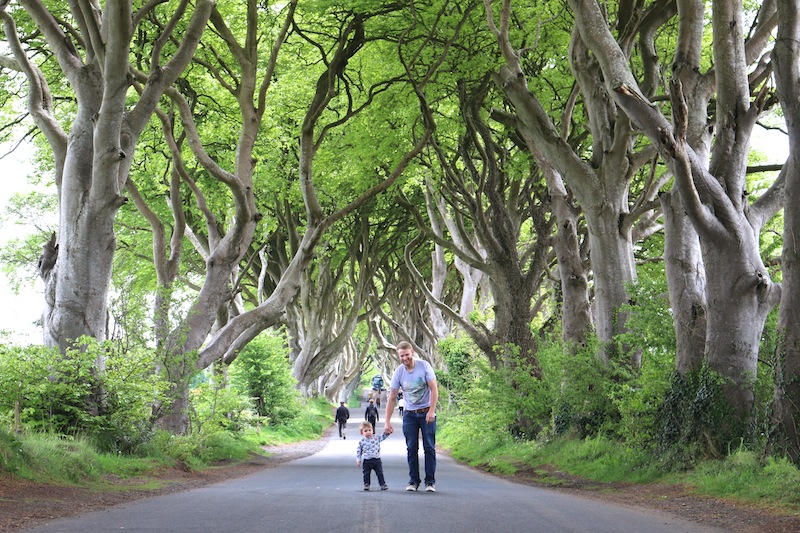 The ‘ugly’ things when travelling with babies are the things that happen on rare occasions. It’s unlikely they’ll ever happen when you’re on holiday, but when you do things get pretty ugly pretty quickly.

Luckily, George has never been ill while we’ve been on holiday but he started coming down with a sickness bug on our flight back from the Maldives. It was the first time he’d been ill and we didn’t know why he was so unsettled. He’d sleep for half an hour before waking up and crying softly until he fell back to sleep. He wouldn’t eat and didn’t want any of his favourite toys. We just didn’t know what to do.

That’s the only ugly thing really and is something that can’t be helped. You can’t put your life on hold because there’s a slight chance your child will be ill. You just have to get on with it and hope for the best!

Why it’s so important to travel with babies

The best travel hacks for travelling with a baby

Tips for flying long-haul with a baby

Newsflash: Life doesn’t stop when you have a baby 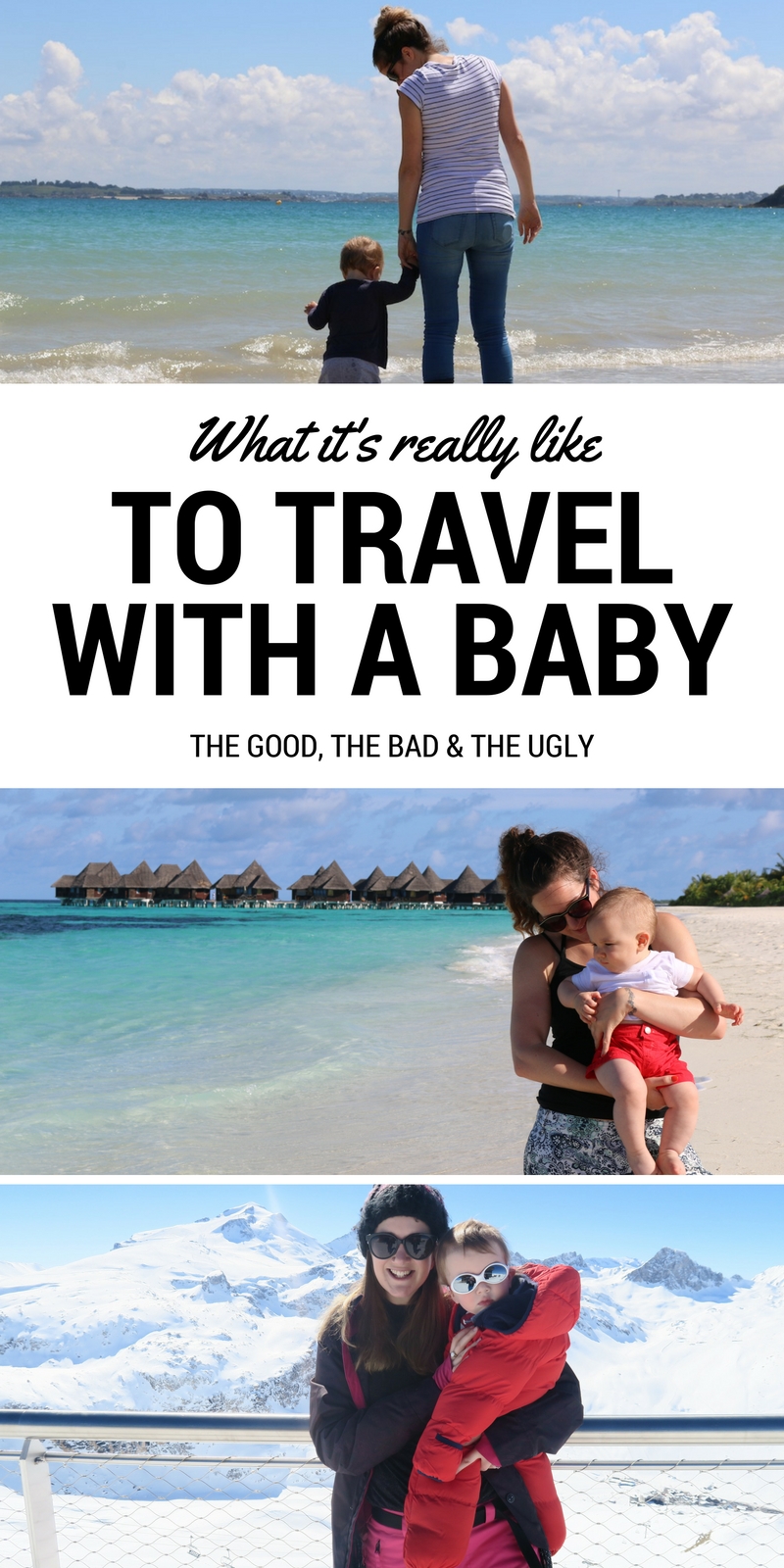 Travelling to Barcelona with a baby

Great post, my husband and I are thinking of having a second child, but we've decided to have one big trip before that. I was looking for some suggestions. Between doing a road trip from Montreal, across the US (which would be more difficult with more children in the car), or travelling to Asia or Australia, which will be more expensive with two children. We are pretty much open to anything.

It depends where you're coming from. Australia is pretty expensive if you're coming from Britain because of the exchange rate. I'd imagine Montreal and the US would be similar and Asia would be the cheapest (or at least could be the cheapest if you wanted to do it on a budget). In terms of price though, I wouldn't think any of them would be more expensive with one extra child as you wouldn't need to pay for their flight and you're already paying for the car hire and hotel room. I guess if you have two children with you, you'd probably want to upgrade to a family room in hotels - or go for apartments which are often cheaper than hotels anyway. I hope that helps!

Enjoyed your post. I wrote a similar one at atravelingbond.com/blog

I didn't focused on the ugly, and well, it can be very ugly at times. As for packing goes, you really do not have to pack a lot! I am backpacking Europe with a 17 months old. Yes, I said backpacking. I am bringing a weeks worth of outfits for her and doing laundry. And purchasing all diapers and wipes in Europe. It is doable... with some extra planning and open-mindedness!

This is all is true - I went self catering for most of my daughter's first few years of travel as it meant I didn't have to have dinner at 5.30/in the dark (or deal with a tired meltdown). She also had a habit of falling ill or teething on holiday though thankfully nothing serious. But looking back, it is the fun I remember - and all the good is true too!

Thank you! So nice to read an honest account of what it is like to travel with a baby! Babies are a long way ahead for me, but it has still been useful to read, particularly as I am one of those people who gets irrationally frustrated if a baby starts crying on a flight. Maybe now I'll be a little more tolerant!