Like all things in life, there isn’t a quick and easy way to grow your social media following. I know, I know; it’s the 21st century and we want quick and instant results. We’re used to seeing blog posts with flashy, jazzy titles like, ‘How to instantly grow your blog by millions of followers without doing anything at all!’

I’ll be honest. I click on these links too. They entice me in with their promise of instant results but when I read them I realise it’s a load of BS.

There’s no quick and easy answer to growing your social media following but there are some very simple strategies that make a hell of a big difference. And what’s more, you don’t need to spend all day on Twitter (and not actually get any real work done).

If you implement some of these strategies today (yes, today – Don’t wait until Monday or the start of the month or when you get your new laptop or when you’re less busy with ‘life stuff’, start today!) I can guarantee you’ll see an increase in your followers.

#1 Focus on the social media channels you love

While we’d all love to be in 5 places at once, the sad reality is that it’s impossible. We can’t be everywhere and do everything at once. If you’re struggling to be active on every social media channel then consider ditching the ones you don’t like and focusing on your favourites. It’s much better to do well on one channel then do be a bit rubbish on them all.

It also feels like less of a chore if you’re just focusing on the ones you love and you’re bound to be better on them because you’re enjoying it.

If you’re ditching one all together then it’s usually best to delete the account then to leave it inactive. People might try and contact you via that channel and get mad when you don’t respond or they could assume you’ve stopped blogging.

A social media channel lots of bloggers have decided to ditch is Twitter. They weren’t enjoying it, they didn’t get much engagement, no one wanted to chat to them and it didn’t drive much traffic to their blog – so why bother? Just ditch it and spend more time on the ones you love.

Just look at the famous Instagrammers. For a lot of them, all they do is Instagram. No blogs, no Twitter, no Facebook, no Pinterest, no email subscribers. Just Instagram. And do you know what, they’re absolutely rocking it because they can dedicate all of their time and energy to one thing. Brands still want to work with them, they still earn a fortune and they’re doing exactly what they love!

Do this today: List the social media channels you’re active on in order of your favourites. For the next two weeks, focus entirely on the two channels at the top of the list and don’t spend any time on the two at the bottom of your list.

Revise this strategy after the two weeks is up and see if it’s made a difference. Have you gained more followers on your favourite channels? Has the world imploded because you didn’t tweet for two weeks? Has your referral traffic from social media altered at all?

I’ve said this before and I’ll say it again: A blog without personality is just copywriting. If people wanted to read information without any personality then they’d go to Wikipedia. The same applies to social media. If people want nice photos and links to interesting articles then there are hundreds of thousands of brand accounts they can follow like Nat Geo and BBC Travel.

It’s going to be pretty difficult to compete with the likes of these huge accounts so you need to be different. The thing that makes you different and interesting is your personality. Even if you’re a complete weirdo – you have a personality so let it shine through!

People follow people so be a person on social media and let people see who you really are.

Being a crazy cat lady might turn off some followers but you’ll end up attracting like-minded followers who love cats – and it’s these likeminded followers you really want. There’s no point is trying to attract dog lovers if you hate dogs because, ultimately, they’re not going to be interested in what you’re saying.

Note: I’ve totally oversimplified this to make a point!

I’ve managed the social media accounts for many brands and it’s so much harder to attract new followers when you’re seen as a big, moneymaking corporation. The friendly, approachable and fun bloggers can grow their followers really quickly and organically in comparison. 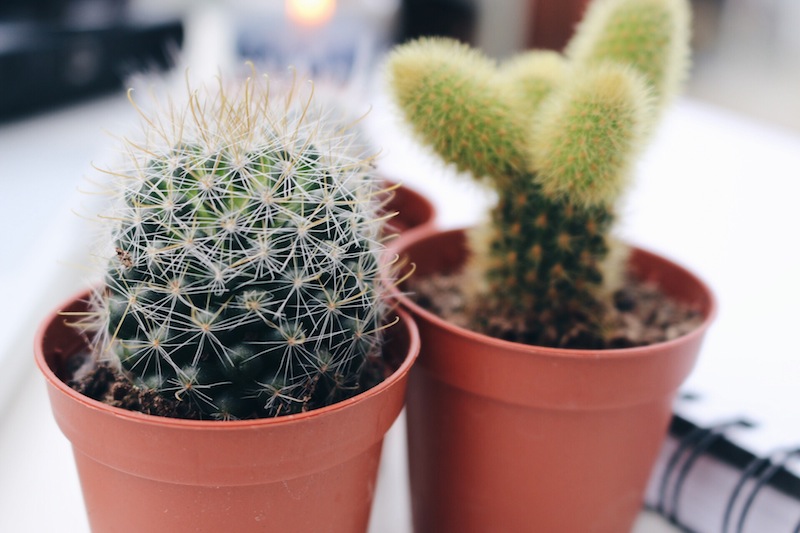 I’m a firm believer that social media is all about live interactions and informal chit chat.

But I don’t believe in automated tweets or scheduling Facebook posts so that you don’t need to log into Facebook all month – that’s not what social media is about.You don’t get this level of engagement if you’re scheduling things but you’re not there to respond to your audience’s reaction (which is often what happens when bloggers schedule social media posts).

But I do believe that scheduling can make life a hell of a lot easier.

Scheduling large batches of posts is much quicker than posting individually. You’ll be ‘in the zone’ and have everything on your laptop all ready to go.

Just make sure you schedule them for times you’ll actually be online so you’re there to respond.

Do this today: Sign up to Buffer which is awesome for scheduling on Twitter because you can easily add photos too.

This is a really simple one but it’s one people usually choose to ignore. The more active you are, the more followers you have. Simple as.

Sharing something once a week on Facebook really won’t cut it. You need to be there every single day, maybe even twice a day. On Twitter, we’re talking a minimum of 4-5 tweets per day. With Instagram you want to be on there once a day and Snapchat…well Snapchat you’re little heart out – as long as you’re interesting!

Obviously, if you’re sharing complete and utter shite then people are going to unfollow you, but if your posting things that are fun, entertaining, interesting and, most importantly, shareable, people are going to follow you. Not only that but they’re then going to share the things you’ve just shared and amplify your reach as you’re displayed in front of their followers too.

Do this today: Make a mini social media strategy for yourself and list how many times you want to post on Facebook per day, how many on Twitter, how many on Pinterest etc. Pin it up at your workspace and make sure you stick to it. 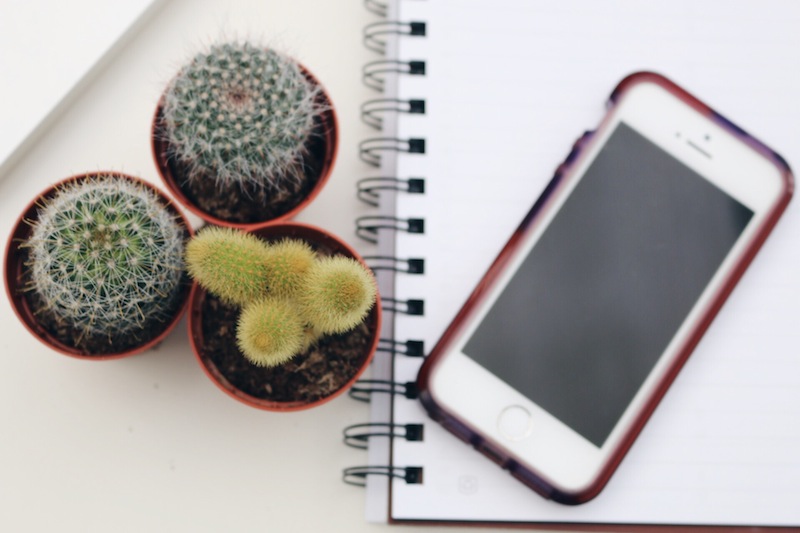 I see SO MANY bloggers bitching and whining because their posts on Facebook barely reach any of their following. Everyone blames Facebook and says it’s Facebook’s way of making us pay for promoted posts. Yes, this might be partly true but has anyone stopped to consider they’re just posting shite on Facebook and no one actually gives a damn about it because it’s just not interesting!?

There are lots of bloggers rocking it on Facebook because they’ve worked hard to find out what their audience find interesting and that’s what they post!

Do this today: Login to your social media analytics (I use Hootsuite for Twitter, Facebook for Facebook, Union Metrics for Instagram and Tailwind for Pinterest) and figure out what your audience are engaging with. But, more importantly, figure out what they’re not engaging with and don’t do that ever again!

Is there another blogger you follow on social media and they seem to be doing really well? They’re gaining hundreds or thousands of new followers every week, have loads of engagement and everyone seems to be loving them?

You’re pleased for their success but you just don’t understand how they’re doing so well and you’re not getting the same results.

Don’t forget to look at the quality of their updates too. One high quality photo on Instagram is better than 1,000 crappy photos.

Look at everything they do and try to apply their strategy to your own. This isn’t copying, this is just learning from the best and putting your own spin on it. You might be surprised by the results.

There you have it. My 6 simple tips to grow your social media following. Let me know how you get on and if you have any more tips add them to the comments below. 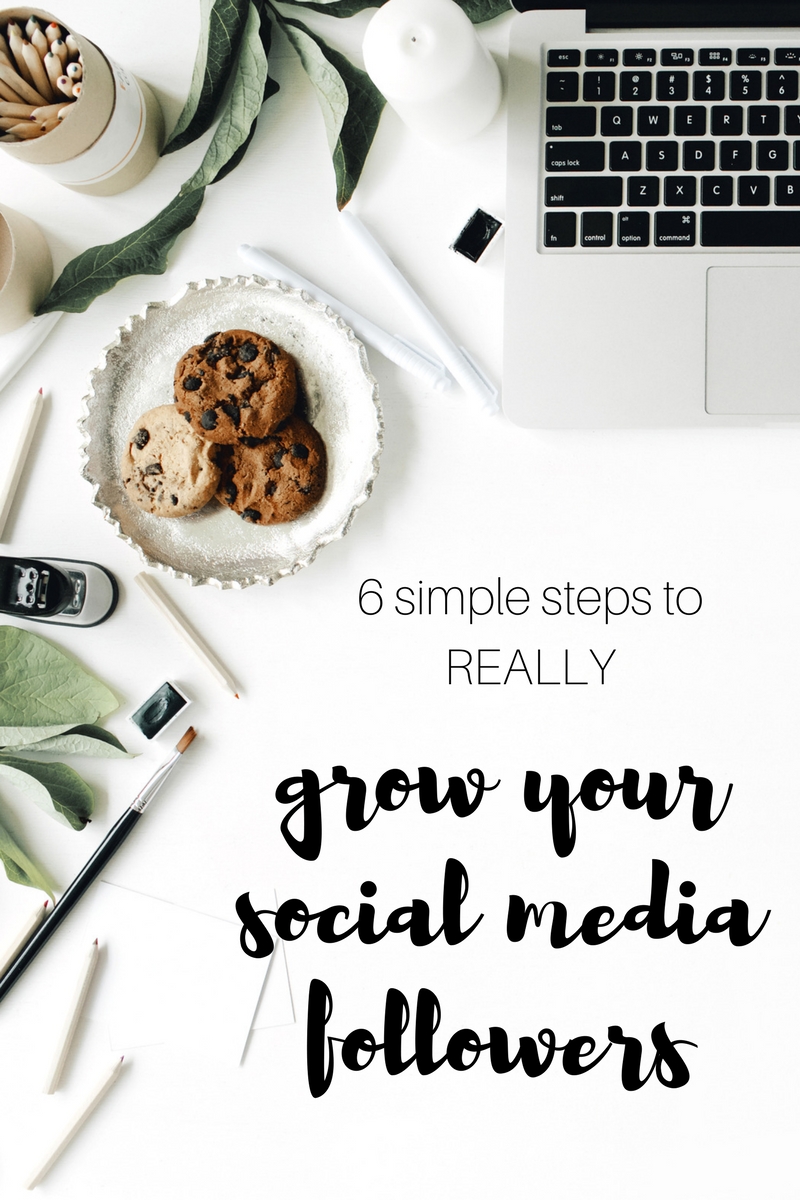 I always read posts about promoting your blog and how to do and bla bla bla, but I feel like this is one of the few that was actually really helpful. I'm not trying to bash the other writers, but I just feel like you weren't trying to sugar coat the fact that sometimes our posts suck. Or rather the way of promoting it sucked.

I used to blame Facebook for not getting me enough likes or engagement, but me, myself didn't engage with others. It was a but hypocritical in my opinion. That's why I love reading posts that are harsh, but true!

I'm so glad you found it useful. Yea, sometimes I'm criticised for being a bit harsh but, like you say, there's no point in sugar coating things. We'd never learn anything unless people speak the truth sometimes!

Another great advice Monika, thank you. You are now my favourite blogger. I have been struggling to keep up with all social channels. I haven’t try the Instagram yet, maybe something to consider now.

Great tips, as always, Monica! I totally agree that you shouldn't keep up with all social channels if they don't all work for you - it's just a waste of energy. I often see bloggers killing it on Instagram but not bothering with Facebook, and there's nothing wrong with focusing on a few channels rather than trying to juggle them all. Personally I found Facebook just doesn't work for me these days and I find Twitter much friendlier. Just need to remember to do all that scheduling!

Love these tips! I definitely agree with you, it is very hard to stay on top of all social media channels so best to focus on only a few at a time.

These are such great tips- especially letting your personality shine. :)

<3 Have Ashley, Will Travel