Sinking into the hot, milky blue water and I swear I could physically feel my muscles relax and give a little sigh of relief. Now, this is the perfect way to start a holiday and spend your birthday.

We arrived at the Blue Lagoon in Iceland by 10am after an early morning flight into Keflavik airport. From the airport it’s just a 20 minute drive to the lagoon so it’s a great place to visit when you’ve just arrived.

If you don’t have a car in Iceland then you can take a bus which leaves regularly from the airport or from Reykjavik. More details here. 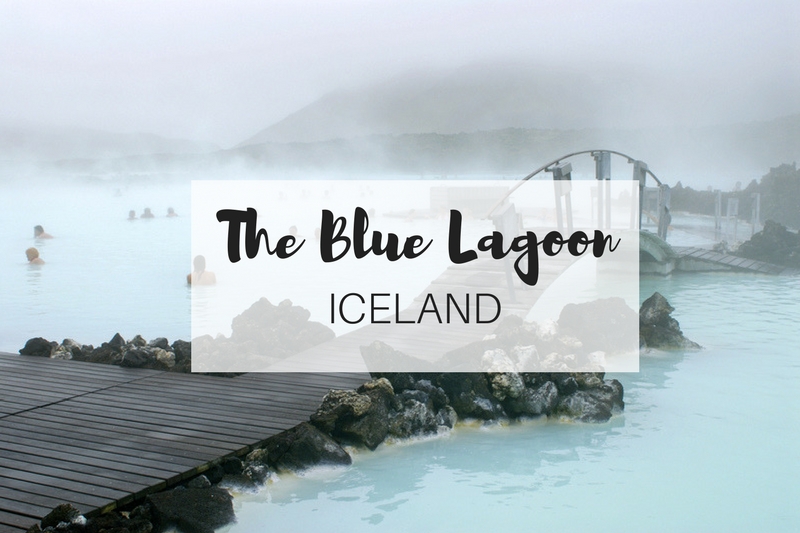 There are a few ticket options available at the Blue Lagoon but basic entry is currently around £45. We opted for the Comfort ticket which gives you a towel and a bathrobe and one drink at the swim-up bar.  If I went again I’d get the Basic Ticket because it really isn’t worth the extra 25 euros to get a dressing gown – just remember to take a small towel with you. You get a voucher for the gift shop but everything is so expensive that it’s just a token offer. If you want to get a drink from the bar in the lagoon you can pay for this using you wrist band which has a microchip inside. 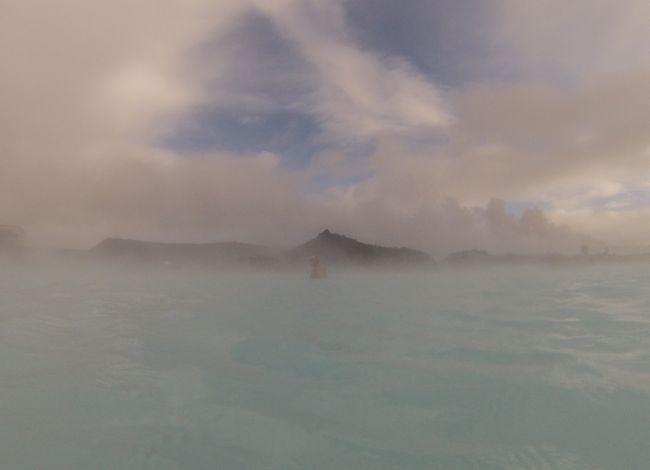 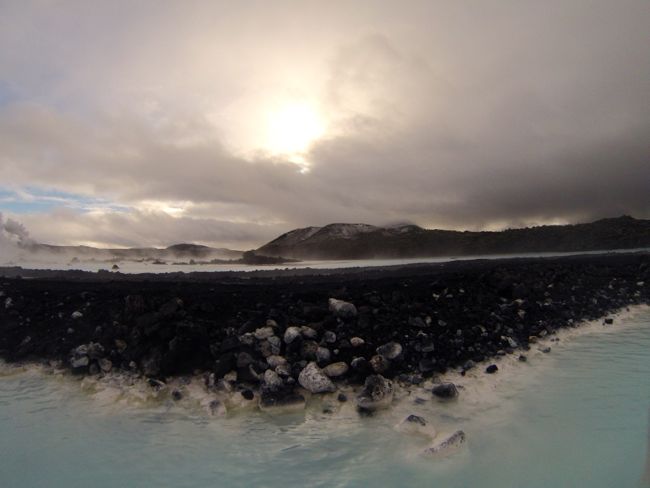 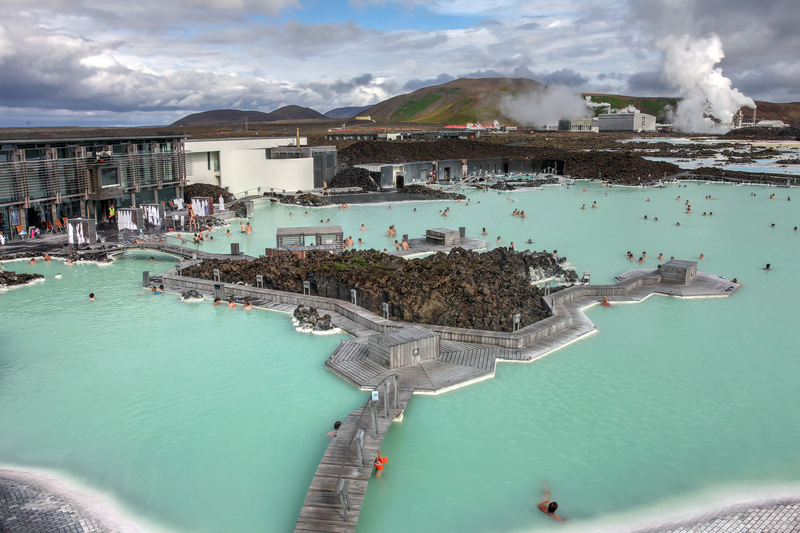 The quick dash from the building into the water was ‘refreshing’ to say the least as the Icelandic winds whipped past with icy force. I dithered around the edge of the lagoon while attempting to take some photos of the mystical steam that was billowing from the lagoon but I was soon frozen and decided it was time to jump in.

The water was hotter than I’d expected with an average temperature of 38 degrees C. It had a thick and silky feel like a bath full of salts and every now and again you’d come to a cool patch of water that was a refreshing relief.

The Blue Lagoon holds six million litres of geothermal seawater which renews itself every 40 hours. It’s fed hot water from a geothermal plant and the hot vents are dotted around the lagoon – perfect for anyone who enjoys the intense heat.

Part of me wanted to jump up and down and splash around with excitement but there is something wonderfully tranquil and relaxing about the Blue Lagoon that makes most people float around in a hushed quiet. It’s a mixture of the wind, the fog, the steam and the craggy landscapes that is softened by a thick layer of snow which encourages the silent disbelief that hovers in the steam.

The Blue Lagoon wasn’t particularly busy but it feels even quieter thanks to the steam and fog that clouds your vision. Fog is usually the enemy for travellers, blocking your view and ruining your photos, but it simply made the lagoon even more magical. It took us a while to figure out how big it was as we couldn’t quite find the edge and you never knew what was around each corner. 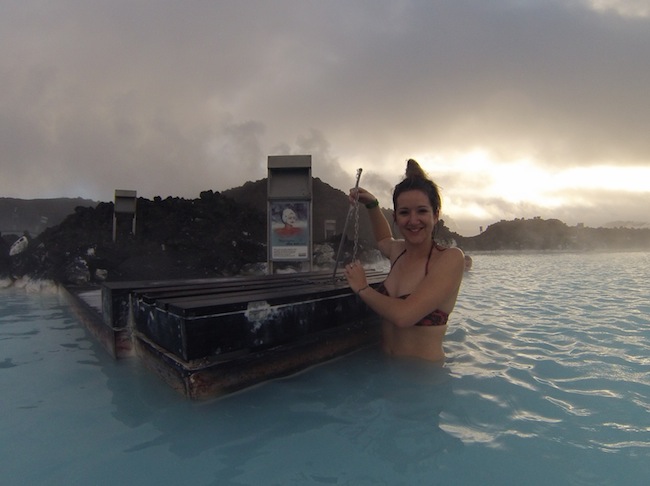 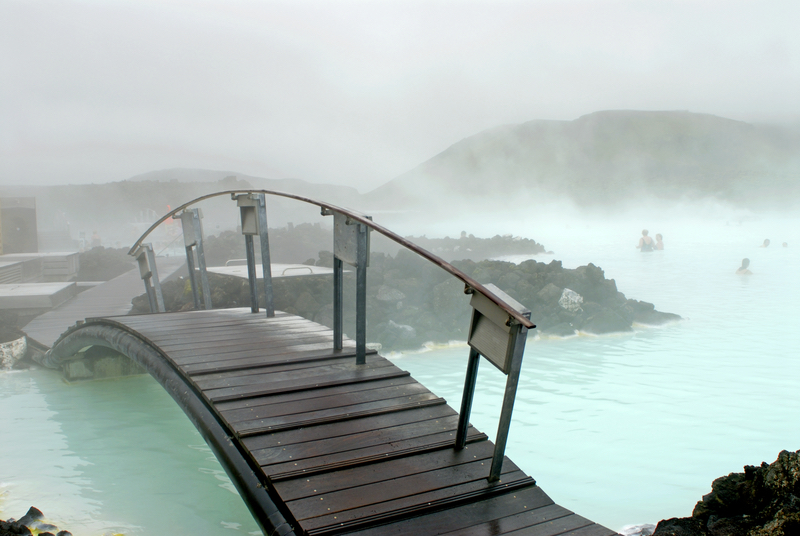 We eventually found natural ledges to sit on and enjoy the views across the rocky, sparse landscape and the 500-year-old lava field that surrounds. There was natural silica mud in wooden boxes that we applied generously to our face and bodies and then waited for it to dry in the cold air.

The mud apparently softens, exfoliates and strengthens the skin’s barrier against the harsh Icelandic air thanks to the minerals, algae and silica in the mud.

After exploring the lagoon it was time to head to the swim-up bar for some Icelandic refreshment. (Fact: You’re allowed to drink beer in the morning when it’s your birthday, right?) I sipped it happily while floating around an area of the lagoon sheltered from the wind.

Things to know when visiting the Blue Lagoon

Read al of my blog posts from Iceland.

Another nice spa to visit is Fontana Spa which I wrote about in this blog post – An incredible 36 hours in Iceland. Fontana Spa is lovely but not quite as amazing as The Blue Lagoon. 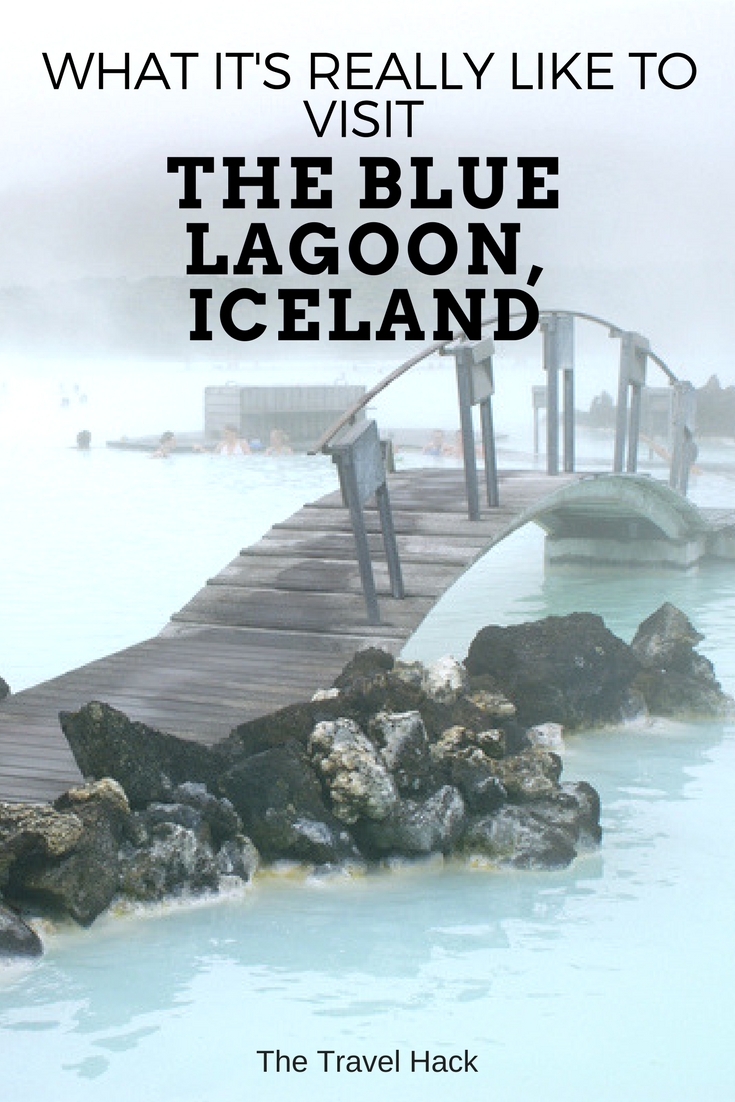 The Blue Lagoon looks and sounds absolutely beautiful! I'm heading to Iceland on my own in about a month, and was just wondering how you go about taking pictures while you're in the Lagoon. Is there somewhere safe nearby where you can leave your phone/camera when you're done photographing and want to get into the water for a soak?

Yes, there's a changing room you can pop back to to, just like you would at the swimming baths. Although you won't want to get out of the lagoon too often because it's freezing! Your locker is included in the price of your ticket and you'll have a wristband to access it. This wristband is also pretty fancy because you can use it to buy drinks too. It has a chip in it to track your spending and you pay it off when you leave.

I used a GoPro to take photos and it's great. If you're taking your phone I'd recommend getting a waterproof case or just being really careful.

There's a viewing platform that not many people seem to know about. You need to walk through the restaurant to access it and you can get some good photos overlooking the whole lagoon and surrounding landscape.

Have a great time!

[…] The water was – as mentioned above – like getting into a hot bath, with different areas warmer than others, some even a bit too warm! There was an incredible geysir (which we think was fake as there were pipes sticking out of it) which pumped flumes of steam out, which smelled of – you guessed it, that wonderous natural scent of rotten eggs – sulphur! We swam over to these boxes filled with the geothermal’s natural beauty mud mask, and with some awkwardness (a ladle in a wooden box with slits) we manage to get a handle out and smear it on our faces. The mud felt and smelt lovely – I was in desperate need of a facial refresh – but it did make our face freeze more than before, so we made our way over to the hotter water, where we made our selves comfy and watched the sun rise over the miles of volcanic rubble. Unfortunately, we only got to enjoy the pool (and sauna and steam bath) for about 45 minutes as we had to get on the coach for 12pm to stick to the schedule of the second tour, The Golden Circle. If I did the Blue Lagoon again I would probably do it on a separate day with more funds so I could enjoy the spa element a bit more, and relax in the pool rather than worrying about missing our next coach, but overall, the Blue Lagoon is a must do for any traveler heading to Iceland – I got the idea to go from this Travel Hack blog post. […]

What to pack when travelling to Iceland | The Travel Hack

[…] chest or wrist strap. They’re great for activities like snorkelling, visiting hot springs  or the Blue Lagoon or when you’re around […]

[…] Visiting the Blue Lagoon, Iceland by The Travel […]