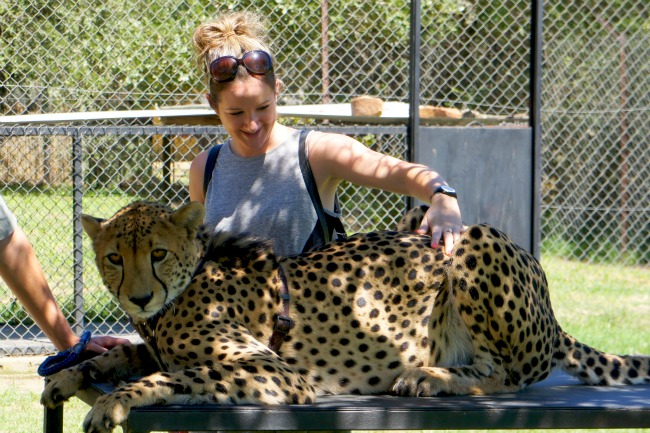 At first, I wasn’t sure if I wanted to visit an animal rehabilitation centre in South Africa. It was promoted on the fact that you get to pet a cheetah and after visiting Tiger Temple in Bangkok, where you get to pet tigers until your heart is content, I’m really not sure how I feel about petting wild animals.

Rehabilitation parks provide a safe environment for endangered animals that have been injured or orphaned. But they also make their money from tourists who pay to visit the animals that are trapped in small enclosures and trained to become unnaturally tame.

Don’t get me wrong, the cheetah at Moholoholo Rehabilitation Park was in great health. He was perky, alert (a little too alert for my liking actually) and was brought to us with the promise of a lunchbox full of bloody meat. This wasn’t like the Thai sancturary where tigers lay sleepily in the sunshine with chains around their necks. Oh no, this was one happy kitty.

Not only do the rehab centres care for injured animals until they are well enough to be released but they also have an important job to educate people about the dangers of poaching. 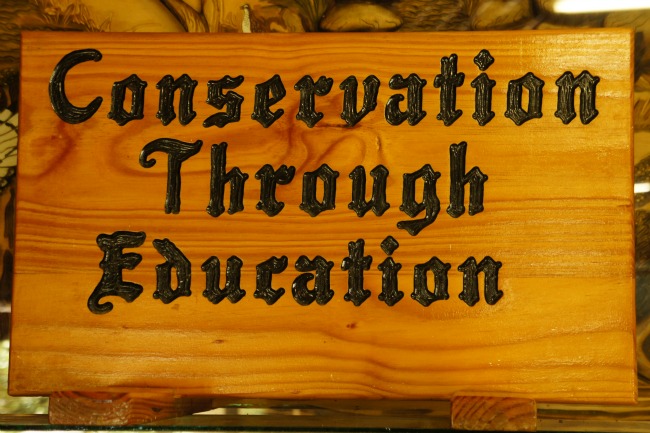 Unfortunately, most of the animals in the centre had been injured by humans either in poaching attempts or through animals coming into contact with machinery or electrical wires.

The keepers were really honest about poaching in South Africa. They obviously want to put a stop to poaching but they totally understand why farmers set traps for animals. If a farmer loses all his stock and therefore his livelihood because a lion breaks into his property and kills all his animals, you can understand why he wants to kill that lion. 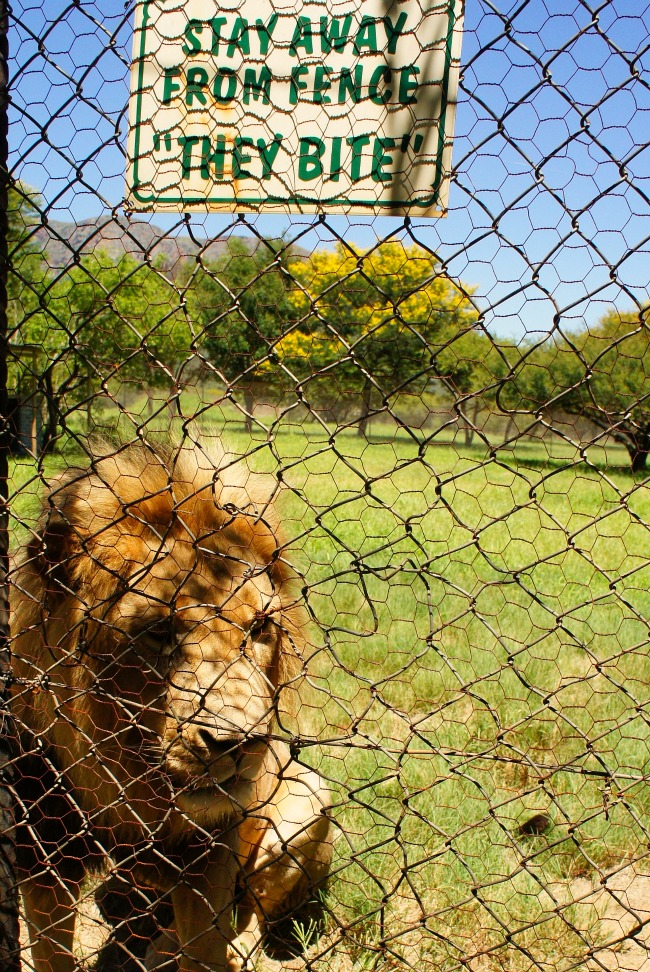 The problem in South Africa, and pretty much all over the world, is the fact that urbanization is spreading so that wild animals have less and less space. When wild animals are forced to hunt on agricultural land, we’re always going to have a problem.

One of the keepers told us that the only way to stop poaching is to give the animals back their space. Realistically, this isn’t even an option so it looks like parks like Kruger National Park are the only way forward.

The keepers at Moholoholo Rehabilitation Park were open and honest about the fact that this cheetah was taken away from his mother when he was a cub and raised by humans to ensure he is tame enough to be petted.

He is shown both inside the park and also at local schools to educate as many people as possible about leopards and the dangers they face due to poachers.

It breaks my heart to think about him being taken away from his mum but the keepers had their reasoning behind it.

“We can take a picture of a cheetah and show it to school children and tell them that these incredible animals shouldn’t be poached. Or we can take an actual cheetah to a school and let them see for themselves. Which do you think would have the most impact?”

The guy had a point.

Poaching in South Africa is such a major problem and educating people against poaching is the first step to putting a stop to it.

This cheetah is one of the main reasons why people pay to visit Moholoholo Rehabilitation Park and it’s thanks to these payments that the keepers can continue their hard work. 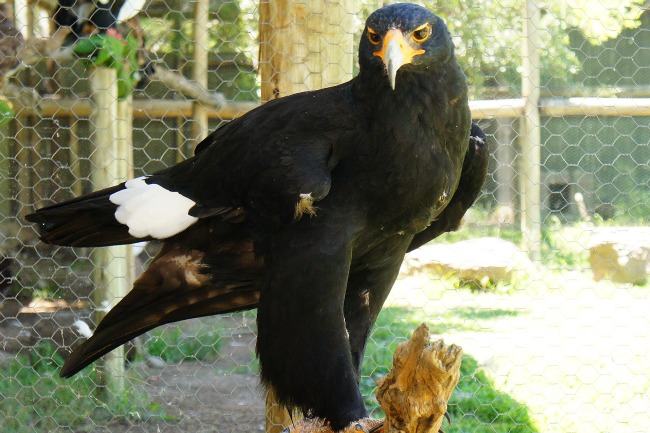 Another animal that really tugged at my heartstrings was this black eagle. He lost a wing after flying into a power cable (a common cause of death in eagles in South Africa) and was brought into the centre.

An eagle would normally be put to sleep when they lose a wing because it’s cruel to keep one alive if they can’t fly. But this bird was kept alive to prove a point and to show the impact humans are having on wildlife as our urban areas spread into the areas that were once ruled by wildlife. 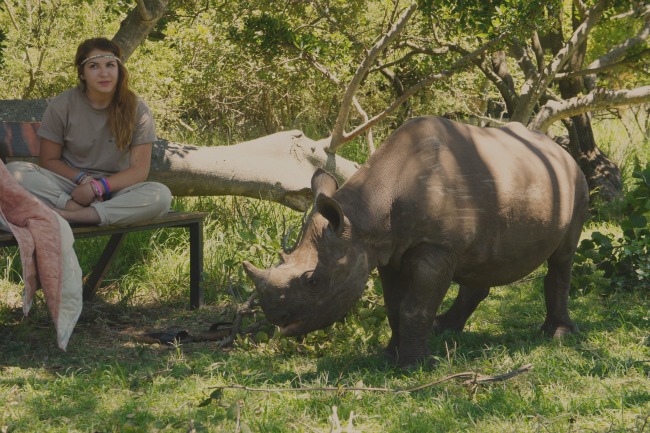 I couldn’t help but fall in love with Ollie the baby rhino. He was orphaned after his mum was poisoned and killed for her horn and they’re hoping they will be able to release him back into the wild when he’s a little older.

At the minute, the volunteers at the centre have a lucky job of caring for Ollie. Ollie had become particularly attached to this girl who he followed around like a puppy. She was careful never to touch him because they don’t intend for him to become tame but she would sit and talk to him throughout the day to make sure he was never lonely.

What do you think of conservation parks that allow you to pet the animals? Are they unnecessarily taming wild animals to make more money or are they using what they’ve got to educate people and do more good work?

Photo Journey , South Africa
Table Mountain, the most iconic landmark in South Africa, dominates the skyline of Cape Town and looks over the entire city like an older...

South Africa
“Whatever you do, don’t put your hands through the bars. Don’t even rest them on the outside of the cage.’ These were the words...

Photo Journey , South Africa
Sometimes, pictures speak a thousand words so I’ll let the photos from South Africa do the talking here…  If you’d like to see more...