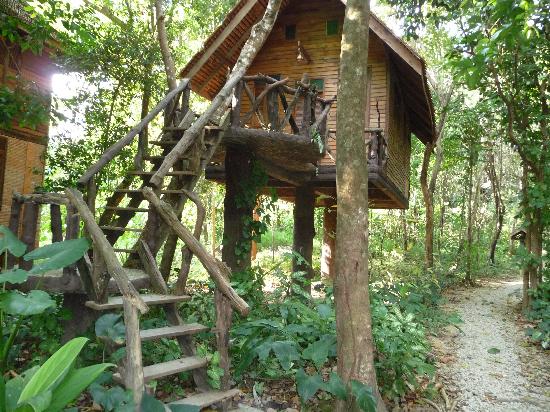 We left the Cliff and River Jungle Resort and headed to Arts River Lodge in Khao Sok National Park  for another amazingly unique but completely different experience. Arts River Lodge is further into the lush national park and  we were staying in a tree house in the midst of the dense forest. I used to beg my parents to let me sleep in my tree house when I was a kid so this was a dream come true for me.

The tree house was small and basic, about 10ft of the ground with a very steep ladder to get up to it. There was a little balcony area and shutters on all the windows to ‘keep the monkeys out’. There was also a bathroom that opened to the forest behind us. 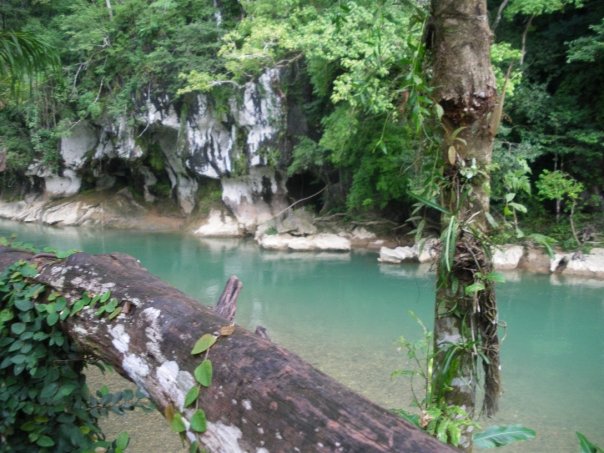 The river ran next to our tree hut and was crystal clear in some places and sky blue in others. The lodge had a bar area on the corner of the river where the water was deeper and a few local kids were back flipping into the water. 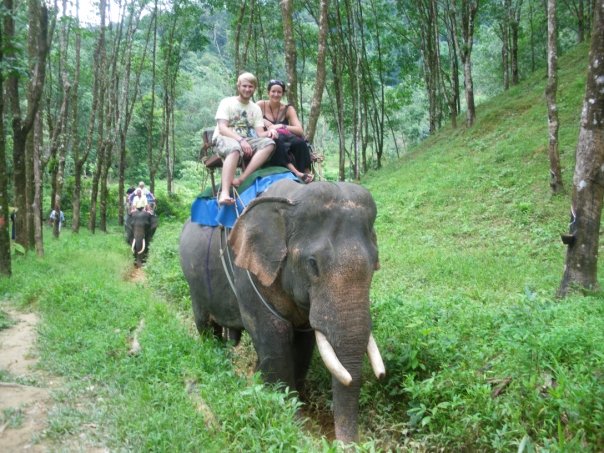 Later that day we went elephant trekking. I’ve read really mixed things about elephant trekking and still have mixed feeling about it. At the time, we were told that tourists riding the elephants is not only a great way to raise money for the local community but it also saves elephants from a life of hard work and torture. Since returning, I’ve read that the elephants are mistreated and forced to work long, hard days for the benefit of their owners.  I don’t really know what to believe but I can honestly say that our elephant seemed happy and well looked after.

We had a huge elephant who obviously thought she was in a race and was always struggling to get to the front of the herd. Sam and I were jiggled around in our seats until our bums and backs were numb and it felt like a dodgy fairground ride. It was still great fun though as we rode through the jungle and to some amazing waterfalls.

The elephants were surprisingly agile. There were parts of the track that were so steep, rocky or muddy that I never thought they could make it and I clung on to my flimsy safety rope as tightly as I could. 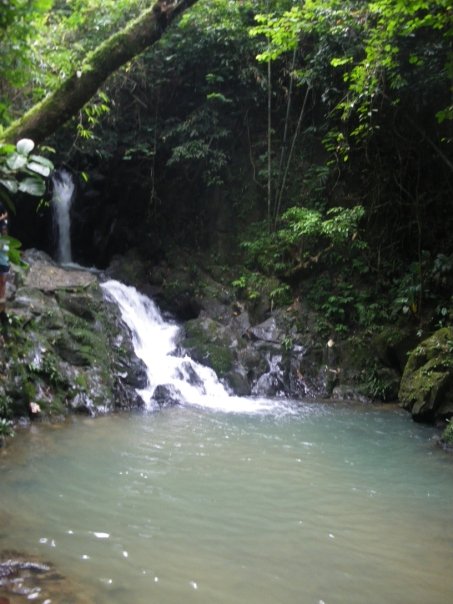 We stopped at some more waterfalls on the way back to the lodge and then Sam and I sat by the river drinking beer. After about half an hour we noticed a little monkey on the other side of the river. There were massive rocks there, about 8 meters away that led up to the jungle behind.

The monkey sat there patiently for about 15 minutes. He barely moved and sat facing us as though he was watching us as intently as we watched him. It was funny to watch him because his facial expressions were so similar to ours; the way he sat and scratched his head and picked at his toes seemed so human.

Over the next hour, more and more monkeys joined the first one until there were about 30 monkeys congregated on the rocks just a few meters away from us. There were baby monkeys play-fighting, some were swimming or grooming each other and I think it was mating season so quite a few of them were getting it on. 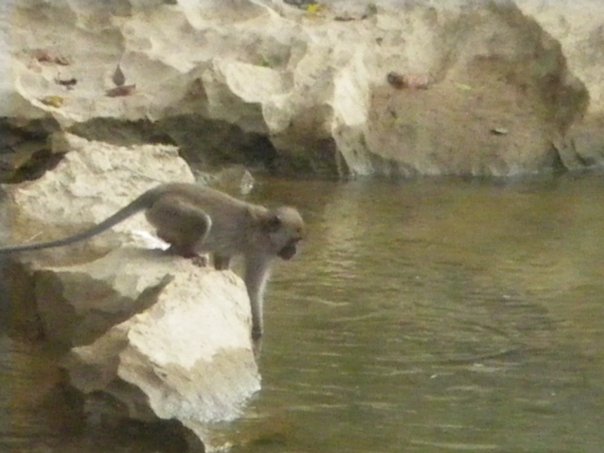 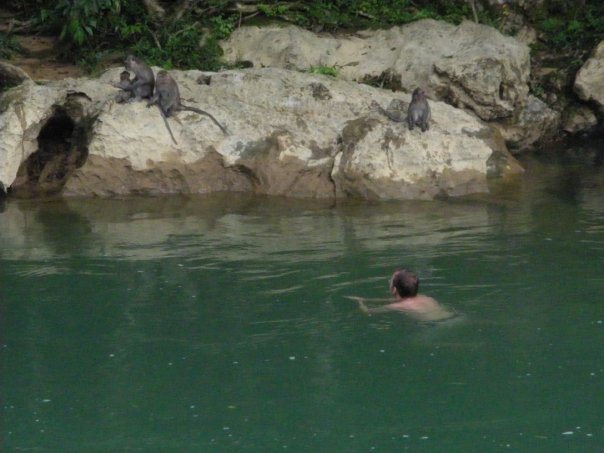 A brave swimmer getting close to the monkeys

Often a high pitched squeal would sound like a siren and would indicate a fight would break out. We spotted the alpha male because he was slightly bigger with a greyer, furrier coat and he was usually involved in the fight, obviously putting the younger boys back in their place.

It was exactly like a fight in a pub or a playground. It only lasted about a minute and began with one monkey trying it on with someone else’s girl. There would be some yelling and screaming followed by pushing and shoving, then someone would throw a punch and everyone would yell and the girls would scream and someone would break it up while one monkey would scurry away with his tail between his legs and everyone would carry on as though nothing had happened. It was like being in town on a Saturday night.

After an hour or so, the guys from the lodge came down and threw some bananas across for the monkeys. They were strong swimmers and would swim to the areas of the river where I’d struggled in the current earlier that day. Some of the monkeys would peel their bananas and break it into pieces and share it with their friends while others would sneak away and try and eat it alone.

As the sun began to set, the monkeys slipped back into the forest until there was one cheeky little left who we found rummaging through someone’s bag under the table.

You can see more from my stay in Khao Sok National Park, Thailand, here:

A 2 week itinerary for Thailand - The Travel Hack

Wow. Great article! I want to go there too! Also beautiful pics. This is a part of the world I haven't yet made to.

I'm glad I came across this blog. I've considered going here in the past and was always wondering what the tree houses were like. Sounds like it was a great experience. I may have to go there on my next trip to Thailand.

You definitely should Ryan! The tree houses are pretty basic but it's a great experience. If I ever go back to Thailand I'd love to do it all again.

I'm glad I came across this. I considered going here on trip to Thailand several years ago, and wondered what these tree houses looked like and what the experience was like. I think I may have to head there on my next trip to Thailand.

oh wow! would love to try out the tree house! Seems really cool. I love your description of the monkey fight :) Just be careful as they carry diseases etc.