Going on holiday with the kids has the potential to be simply spectacular or an unmitigated nightmare. Expecting the unexpected is rule number-one, but selecting the right place is always the most important thing.

When I first had George I imagined I’d take him anywhere and everywhere, regardless of whether it was ‘child-friendly’ or not. In theory, this is possible – especially with a tiny baby who doesn’t need much entertainment. But in reality, it isn’t that simple – especially as they start getting older and want to play and shout and constantly be on the move.

Just because you can get the kids to a certain place it doesn’t mean you should. A genuinely family friendly holiday is about keeping everyone happy (especially mum!) without costing a small fortune (easier said than done).

This can take a lot of planning and research so we’ve done the hard work for you and put together a helpful guide for parents looking to take their kids away. Here’s a quick rundown of 10 brilliantly family-friendly holiday locations in Europe that will not break the bank: 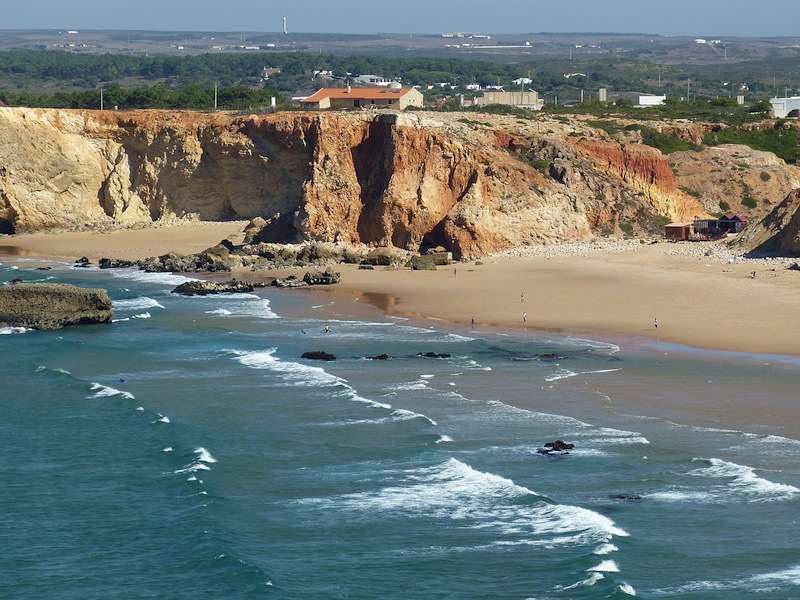 First up, with such incredible beaches and wonderfully family friendly resorts all over the place, it is almost impossible to go wrong with the Algarve. Praia da Rocha near Portimao is an undeniable highlight of the region, where all the beauty and splendor you’d expect from the Algarve is further sweetened by beaches that aren’t nearly as crowded as elsewhere. And of course, a day with the kids at Aqualand close to Alcantarilha is an absolute must. 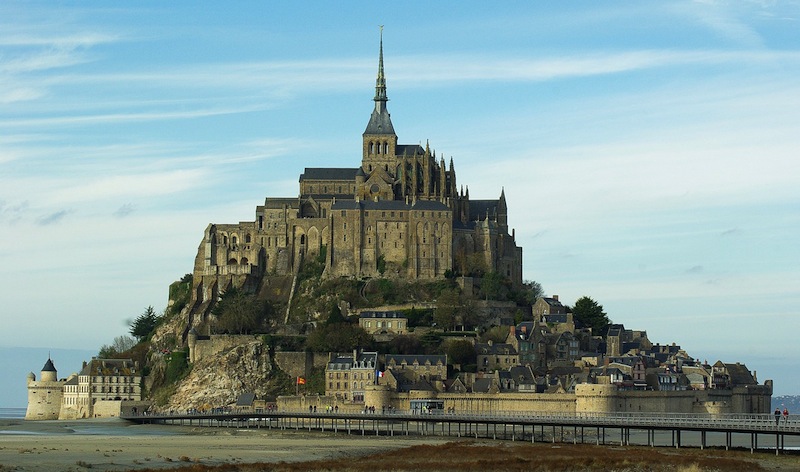 Brittany is easily reachable by ferry with Brittany Ferries running regular ferries from Portsmouth into St Malo – the gateway to Brittany and the west coast of France. For this very reason, Brittany represents the ideal place to pack the car and head out to for an extraordinary family holiday.

It’s certainly worth taking a look on Brittany Ferries website and seeing what holiday deals in France are available for ferry + accommodation. As a family holidaying with children, it’s so much easier to travel to France via ferry rather than flying. You’ve don’t have to stick to a limited amount of luggage, there’s less stress about checking in, the journey is easier because you have so much space, there are restaurants and cafes on board and you don’t need to worry about hiring a car in your destination as you already have your own car with you.

Explore the most beautiful beaches in France from Saint Malo to La Baule, before heading a little further inland to take in the sights of some of Europe’s prettiest towns and villages. And of course, you simply cannot head to Brittany without taking the time to visit Mont Saint Michel – the kind of breathtaking sight the kids will simply never forget. 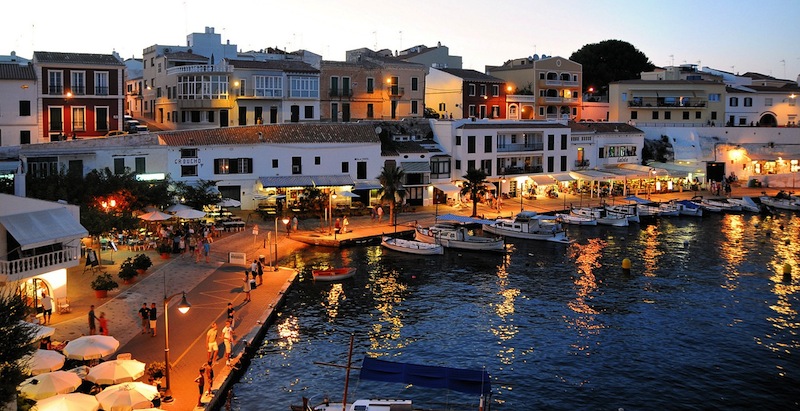 If you’re familiar with Majorca, the island of Menorca is a relatively similar in many ways – only infinitely quieter and more family friendly. It’s a little like taking what you might expect from a standard holiday in the Balearic Isles and injecting it with a delightful tranquiliser. The beaches are absolutely stunning, the nightlife is far less frantic and the whole place seems to have been crafted from the ground up with families in mind. And given the fact that it’s only a couple of hours from the UK, it’s blissfully easy to get to as well! 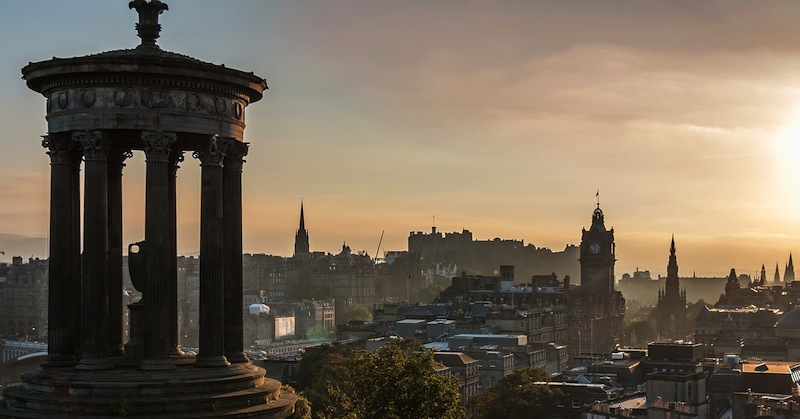 If you’d prefer to keep things on this side of the Channel, why not soak up the incredible culture and wonder of Edinburgh? There’s a brilliant buzz about Edinburgh that’s hard to put your finger on, though is nonetheless the stuff dream family holidays are made of. Take a trip around the Castle, get up close and personal with sharks and seals at Deep Sea World and test your nerve at the always-enjoyable Edinburgh Dungeon. 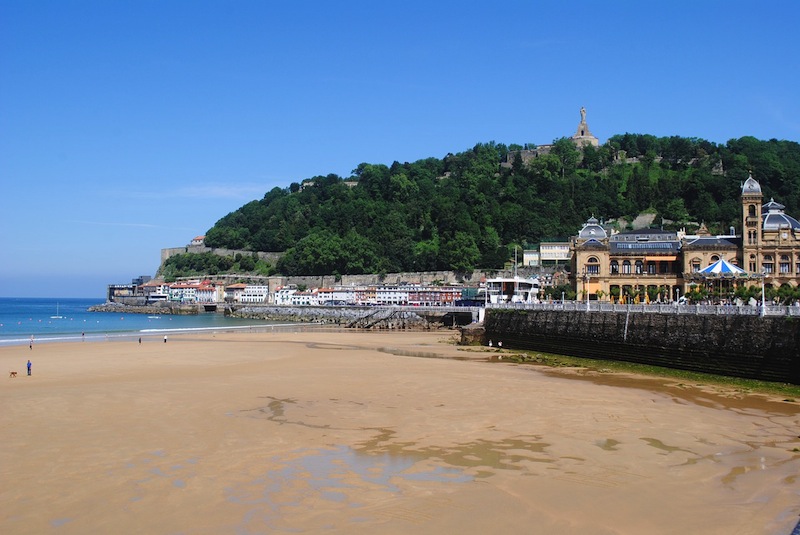 The city itself is an absolute joy to explore, bursting with the kind of incredible architecture that will make kids (and adults alike) feel as if they’re actually strolling through the pages of a storybook. The Monte Igeldo amusement park never fails to score high with kids of all ages, the century old Aquarium is truly unmissable and the stunning Cristina-enea Park promises picnic potential a-plenty! 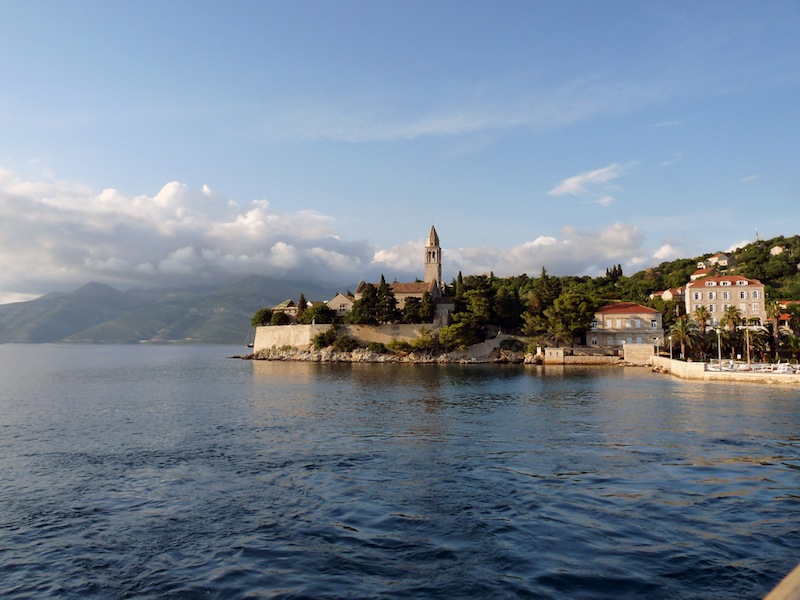 Chances are you haven’t already heard of Lopud and this is exactly why you should definitely check it out. Much of Croatia may be famed for its annual tourist clientele of rich, beautiful and oh-so stylish youngsters, sipping Champagne and cluttering the bars ‘til all hours. The island of Lopud however is quite to the contrary – car-free, quiet, relaxed and an absolute mecca for families. It’s also close enough to Dubrovnik for a daytrip or two – the best of all worlds and then some! 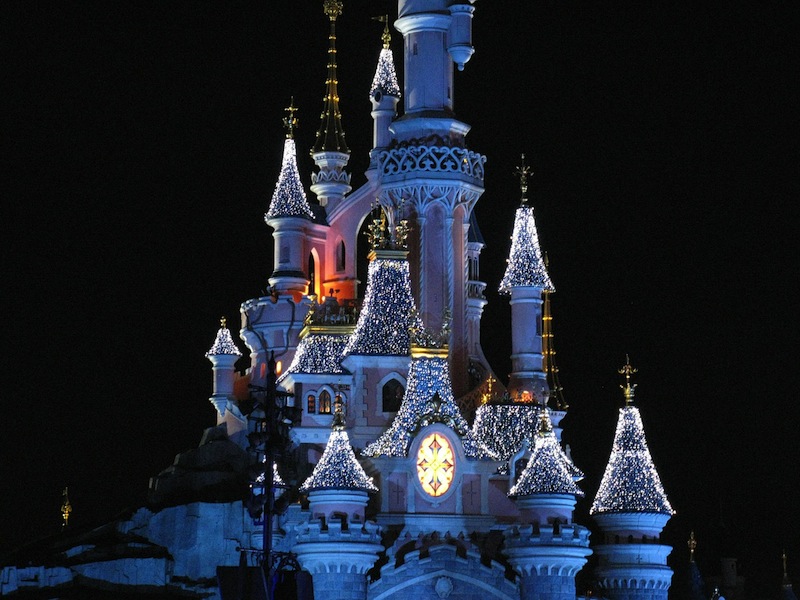 It sounds like the most obvious place that springs to mind for family holidays on the continent…and it probably is! Take the family car by ferry and set off on a joyful drive through the gorgeous French countryside to the twin parks of Disneyland Paris and Walt Disney Studios Park. There’s enough entertainment, incredible dining and general merriment to keep the whole family occupied for however long you decide to stay. And as a bonus, there’s always the option of heading out to Paris for the day, which is only an hour’s drive away! 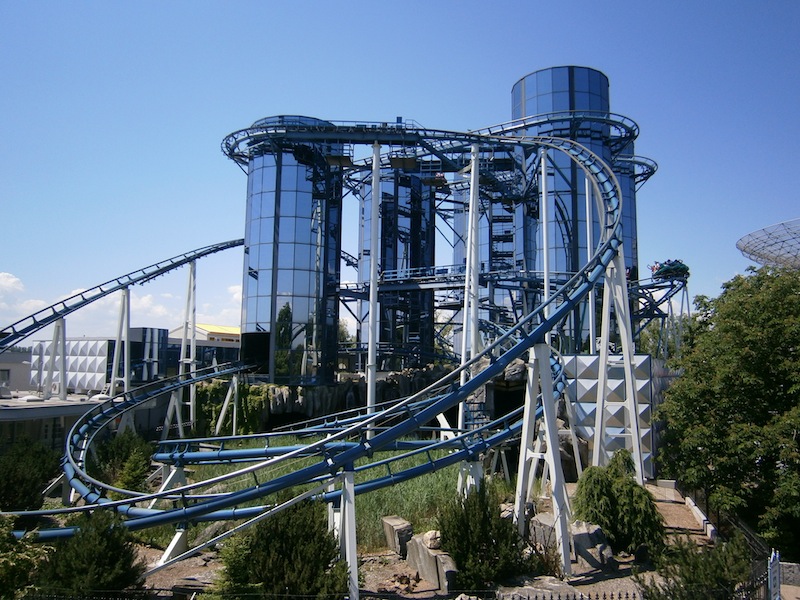 Don’t fancy following the crowds to Disneyland Paris? Well, how about the German equivalent near Baden-Baden – Europa Park is the stuff of dreams for thrill-seeking families. Packed with just as many incredible rides and attractions as the parks of Paris, Europa Park is set out in a variety of zones themed around the countries of Europe. From the canals of Venice to the streets of London, it’s actually bordering on the educational…but you might not want to tell the kids that! What’s really great about Europa Park is that if you manage to get yourselves here off-peak, you’ll have most of the place to yourselves! 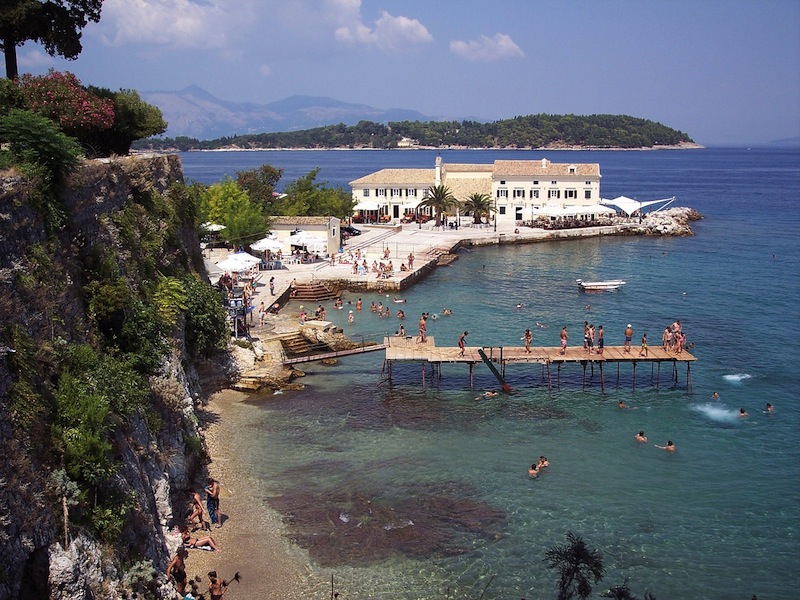 Almost every single one of the hundreds of thousands of Brits that head out to Corfu every year flock to the west and north coasts. So if you’re out for something a little quieter and more secluded, it should be pretty obvious…go east! Kalami is earning a growing reputation as an absolute diamond for families, where the usual crowds and clutter are replaced with breathtaking scenery, lovely coastal walks and uncrowded beaches. And as for the food…forget about it! 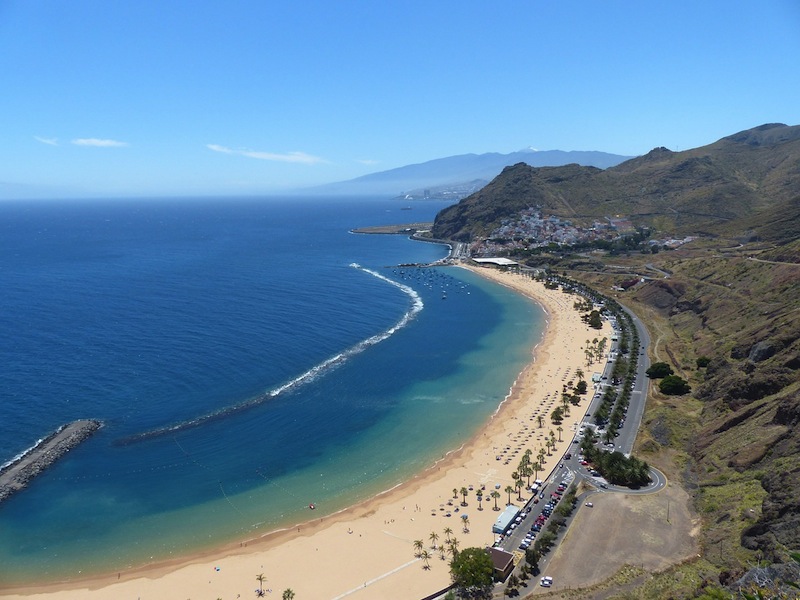 Last but not least, call it obvious and label it a cliché all you like, but Tenerife is a year-round winner with families. First of all, the fact that awesome weather is guaranteed the whole year-round means no worrying about what to do if the elements aren’t on your side.

Secondly, Tenerife never fails to feel like a home away from home as you’ll probably find that 90% of the folk you meet there are originally from the UK. Last but not least, when compared to the likes of Spain, France, Italy, Germany and any other similar holiday destinations, Tenerife is cheap…VERY cheap. If you can brave the slightly extended flight time, you’re golden! 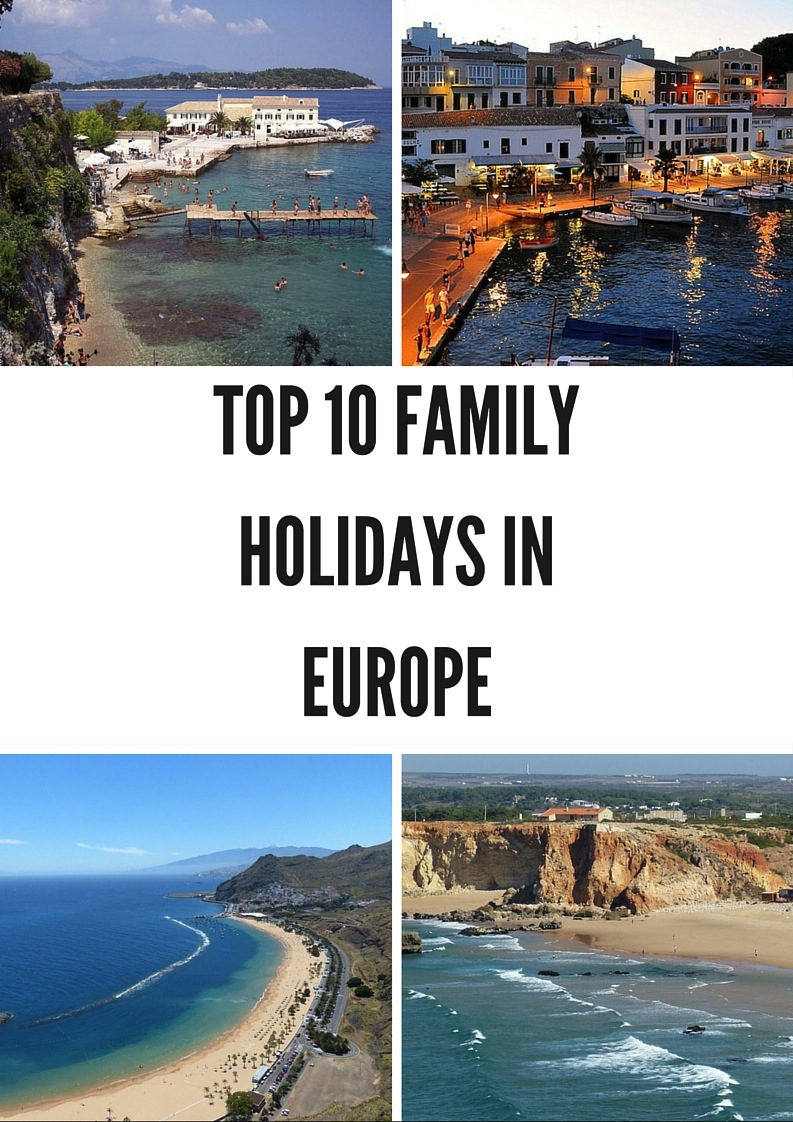 Where do you think is the best place in Europe for a family friendly holiday? The Algarve is number one for me. We went last year and we’re heading there again this year for another family holiday.

*This post was in association with Brittany Ferries but, as always, all thoughts and obsessions with finding awesome holidays (even with kids in tow) are all my own! 🙂

Great list, thank you for sharing :) I will definitely save some of your recommendations and use them in the future. I love travelling with my family and showing my kids different cultures. Few months ago we went to Poland and we enjoyed this trip so much! Polish capital is beautiful and there are so many attractions for the entire families. I was really surprised how children-friendly Warsaw is. In was really glad that a restaurant that was recommended to us was very children-friendly and we got to spend an amazing and delicious afternoon together. The place was called Akademia and it was one of the best restaurants I have been to. They served us delicious Polish dishes and they even had a special area for the children. It was so nice :)

Travelling to Barcelona with a baby

Disneyland Paris is great for a family trip! We went a couple of years ago and we all had so much fun, including the adults :) haha.

I would love to go to Disneyland Paris. I'm waiting for my little guy to get a little bigger and we're definitely going!

Great list Monica, thanks for sharing ! My special talent is injuring the bank even on such locations :) In May for example we are heading to Tenerife but to Ritz ...From experience kids clubs, lovely restaurants and nice hotel facilities are a game changer and worth spending some extra money, just trying to book early and grab bargains to minimize the cards damage as you say :)