Flying over the Grand Canyon in a helicopter has to be on almost every travel lover’s bucket list.

Not only do you have the incredible experience of seeing the Grand Canyon from the skies but you also get to ride in the most fun form of transport possible, a helicopter! 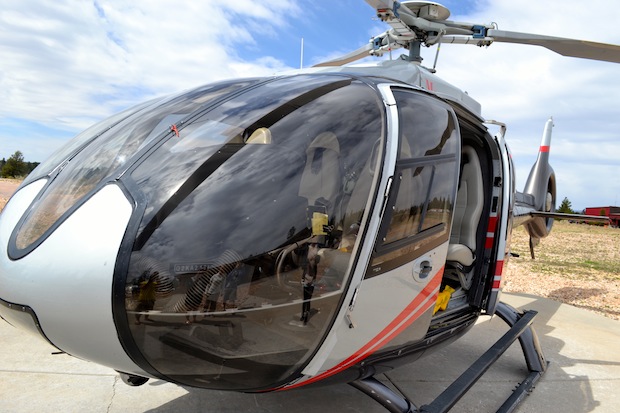 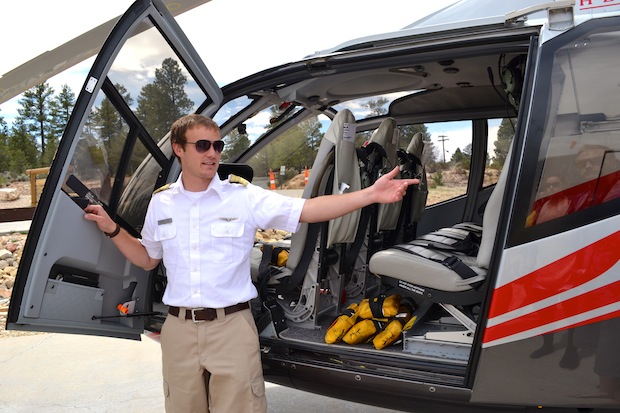 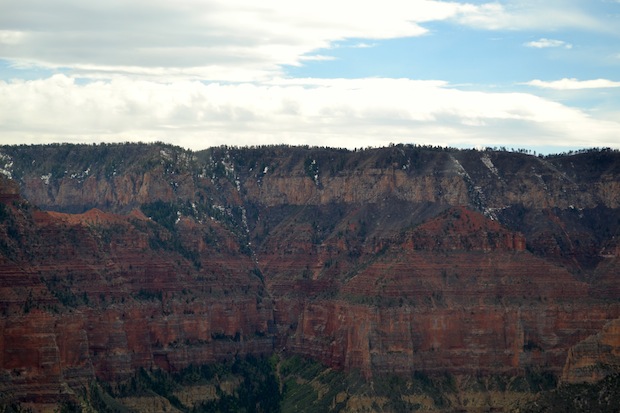 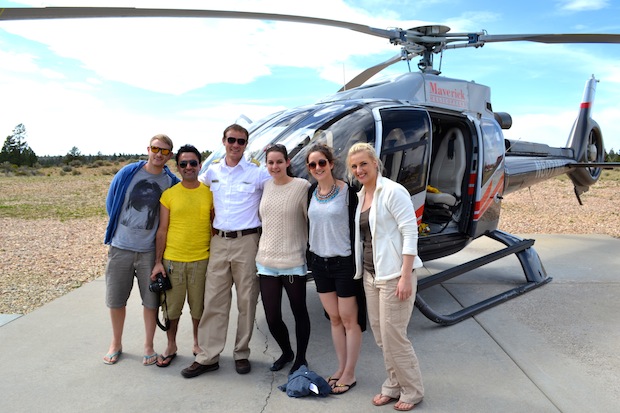 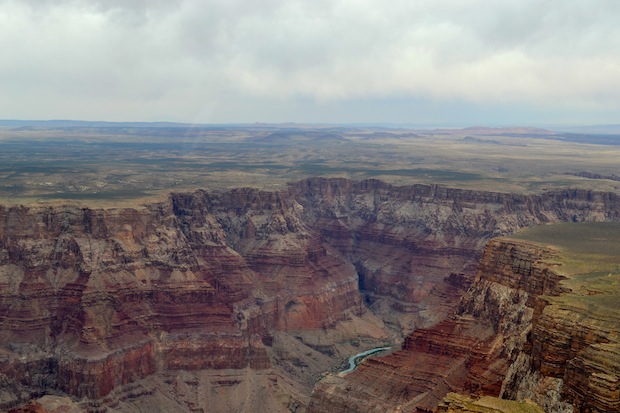 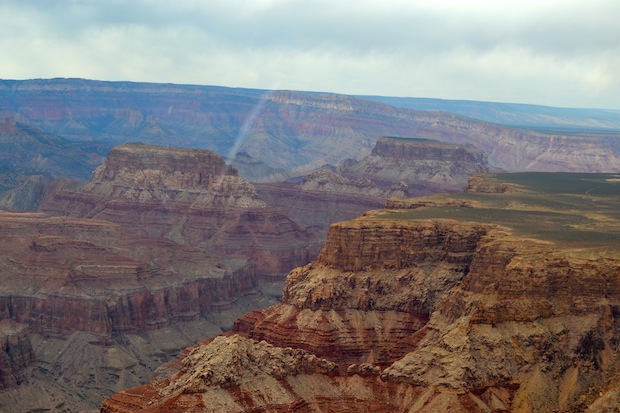 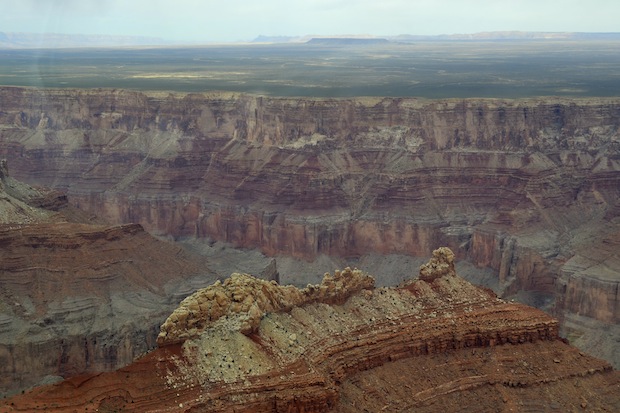 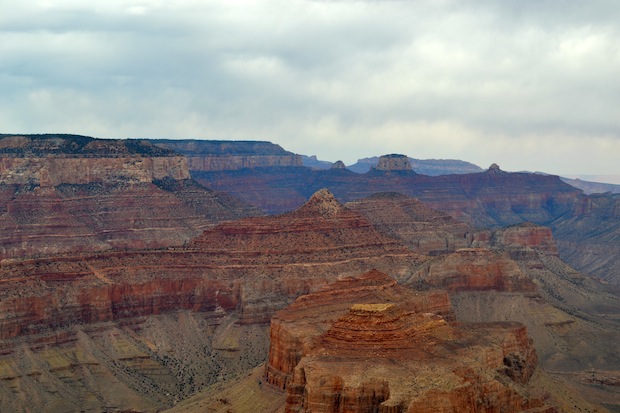 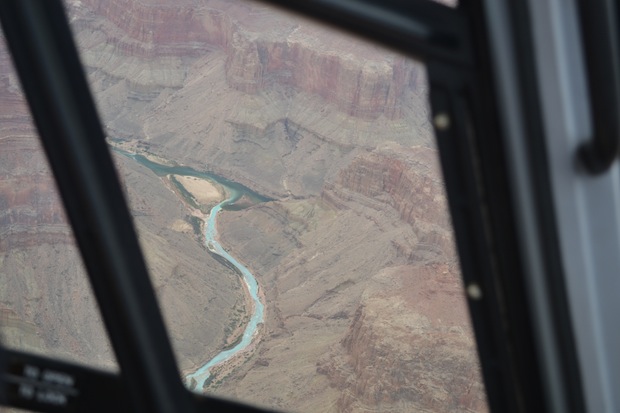 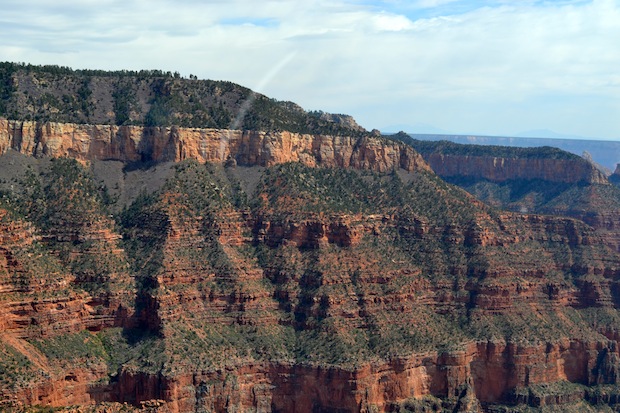 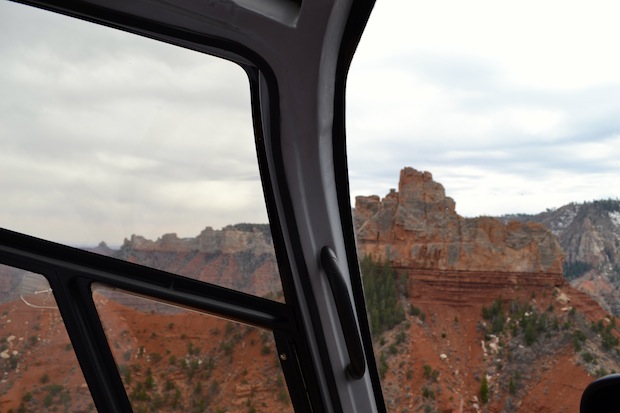 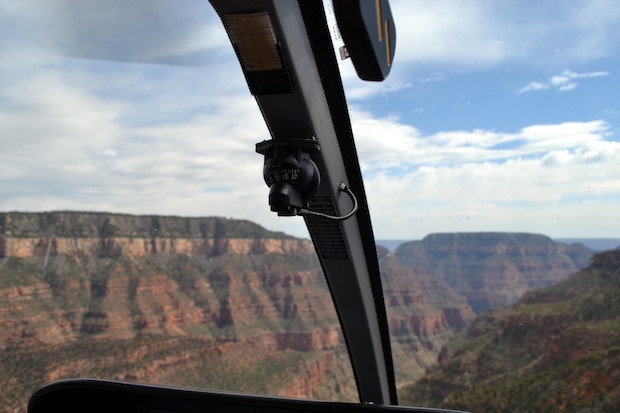 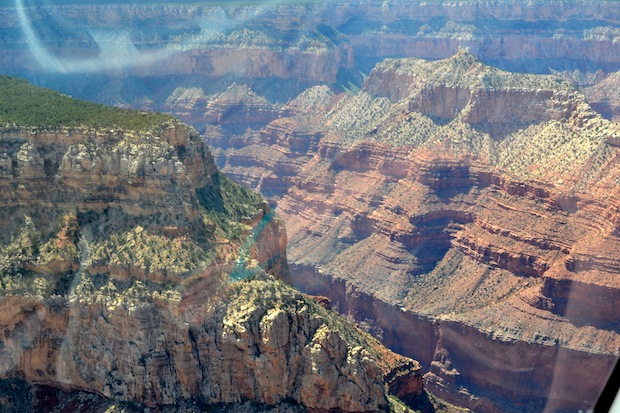 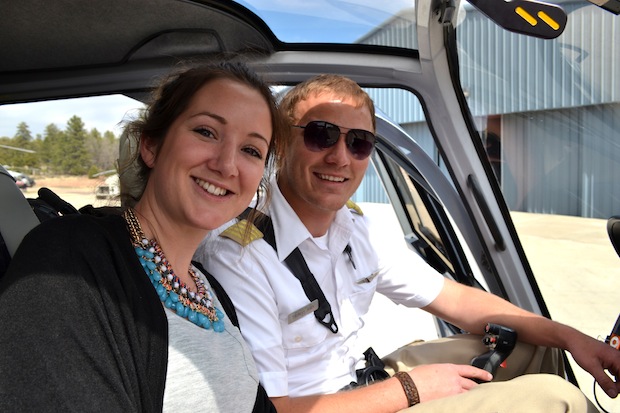 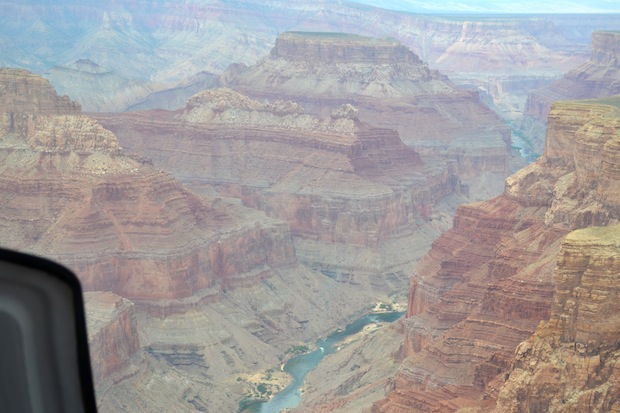 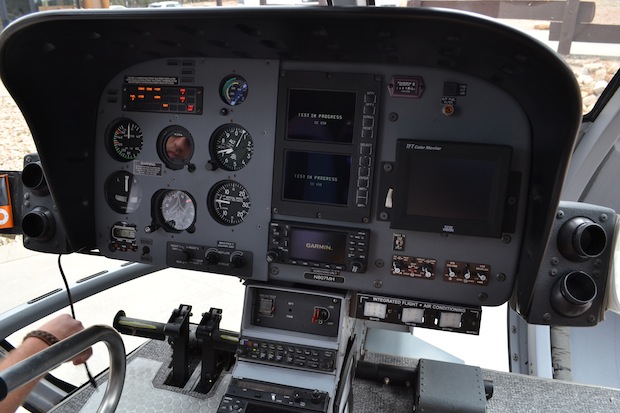 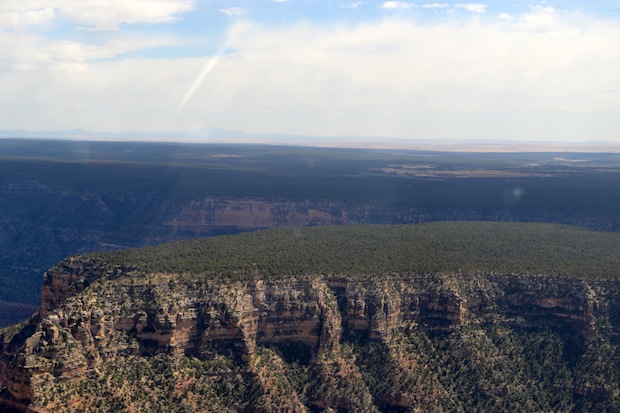 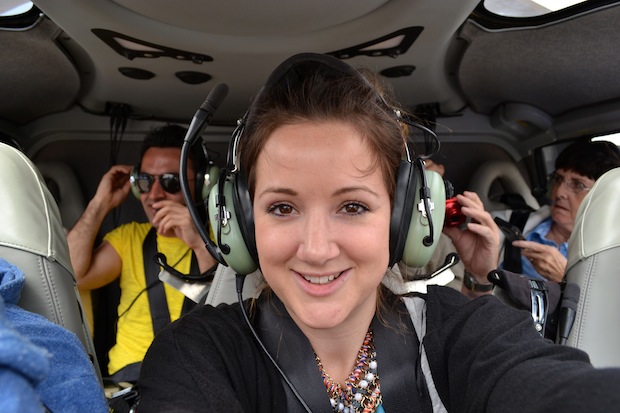 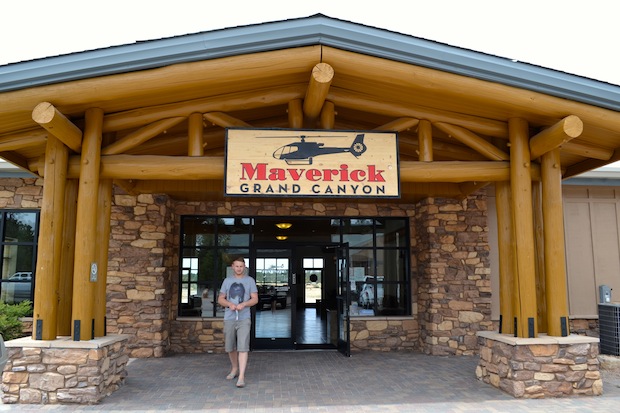 I’d been in a helicopter once before but it didn’t stop me being amazingly excited, especially when I realised I was riding shotgun.

There was that stomach lurching wobble as the helicopter began to take off and hovered precariously above the ground. The captain made a few jokes to settle our nerves before turning the music up on his iPod (yes, you can play your iPod in a helicopter!) and speeding off towards the canyon.

We hovered above the trees for about five minutes and strained our eyes to spot deer and byson. The captain then told us to get our cameras ready and brace ourselves but no amount of warnings could have prepared me for what we were about to see.

One second we were hovering above the trees and then the world had plummeted beneath us. The canyon suddenly dropped off to more than one mile below us. It was like having the earth pulled out from below your feet.

I’ve never been afraid of heights or suffered from vertigo but in that split second I felt my legs wobble and my stomach lurch.

Leaving from the South Rim we flew over the beautiful Kaibab National Forest, home to the world’s largest ponderosa pine forest. Once we reached the edge of the rim it’s possible to see the eastern end of the canyon and we slowly flew around. We took in the Painted Desert and the Desert View Watchtower designed by the Hopi Indians. We saw the beautifully blue Colorado River where it merges with the Little Colorado River.We then saw the Marble Canyon, Point Imperial and the Dragon Corridor, the widest and deepest part of the canyon.

The helicopter was filled with ‘oooohs’ and ‘ahhhhhs’ and ‘wows’ along with cheers and hollers from the two Americans we had onboard. If there was ever an appropriate time to holler then this was it.

We’d opted for the longer helicopter ride and flew around the canyon for 45 minutes. This sounds like a fair amount of time but it was over in seconds and I could have happily stayed up there for hours.

The helicopter flight is an expensive extra on an already pricey trip. Our trip cost $274 per person with Maverick Helicopter Tours. This was for the 45 minute Grand Canyon Helicopter tour departing from the south rim. It was incredible and I’m glad I did it but if your budget doesn’t stretch to this amount then I really wouldn’t worry about it.

I found hiking in the canyon to be just as much fun, particularly because you can gauge the scale and size of the Grand Canyon when you’re walking. I found it difficult to appreciate just how big it is from the sky but you really experience the wow factor from the ground.

I visited the Grand Canyon during my Westerner 2 Trek America road trip. The following day we went hiking in the canyon and I’ll be writing all about that soon. You can also check out my sunrise and sunset photos from the Grand Canyon with some inspiring adventure quotes.

USA
Of all the city breaks I’ve taken at Christmas time, New York City was my ultimate favourite. You just can’t beat the magic and...

Travel Tips , USA
New York is one of the most exciting cities on the planet. Fact. Not only is it crammed full of cultural and historical attractions,...

Blog , Review
If you’re the kind of person who loves to be outdoors but doesn’t like the cold then...
Load More