If you read my itinerary to spending 3 days in the Florida Keys you will have seen that my favourite day was the day we took a seaplane to the Dry Tortugas National Park.

Key West is said to mark the very tip of Florida…but if you keep travelling west for some 70 miles, over the brilliantly blue water of the Gulf of Mexico, you’ll hit the Dry Tortugas.

This small group of islands, some of which are little more than sand bars peeking above the water, make up the Dry Tortugas National Park. It may be just a few tiny islands in the middle of the ocean, but there’s plenty to see and do in this little-known destination. Wildlife, shipwrecks, lighthouses and a historical fortress are just some of the highlights.

Getting to the Dry Tortugas is an adventure in itself. There’s a ferry, called Yankee Freedom III that travels from Key West, arriving at Fort Jefferson in just over two hours. But for a true bird’s eye view over this spectacularly sandy patch of land, hop on a seaplane and see it from a new perspective.

I took a seaplane with Key West Seaplane Charters. In 40 minutes, you’ll get from Key West to the Dry Tortugas, and on your journey you’ll be treated to views of shipwrecks, sea life and water that’ll make you feel like you’re hovering above the Caribbean. 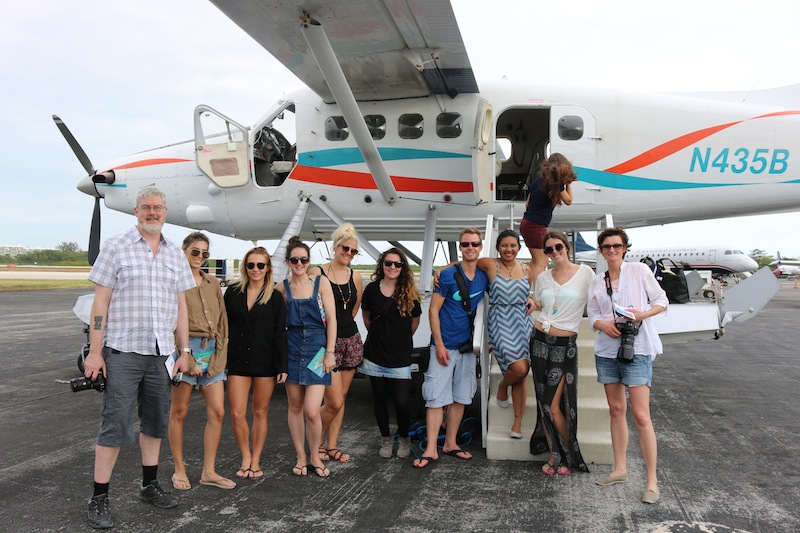 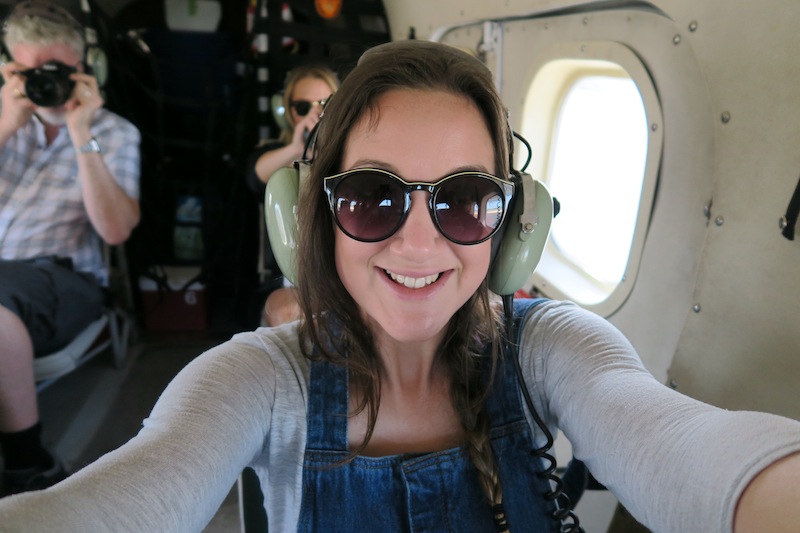 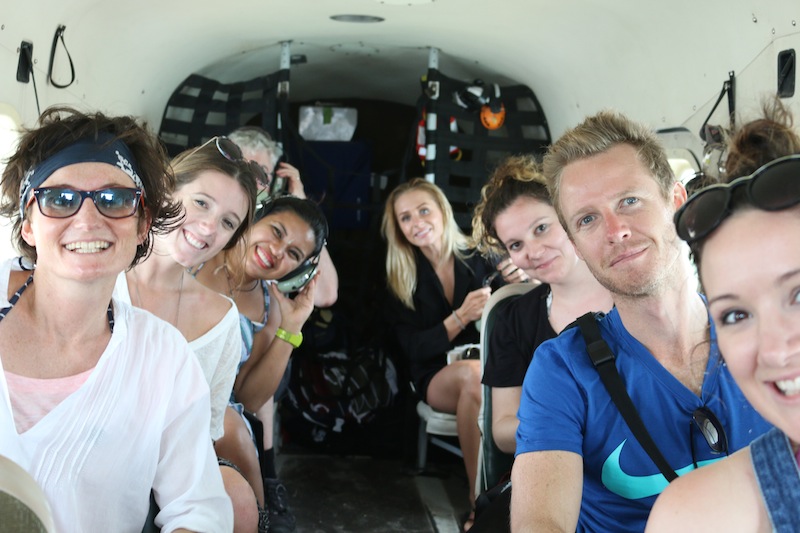 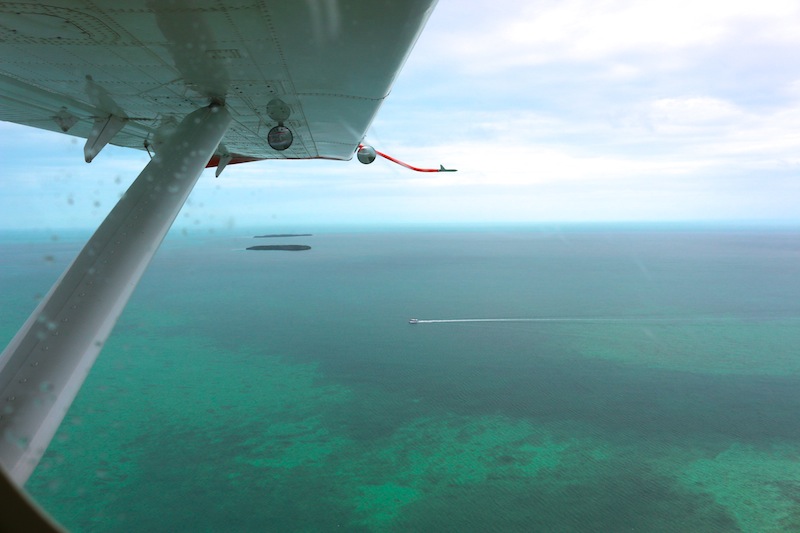 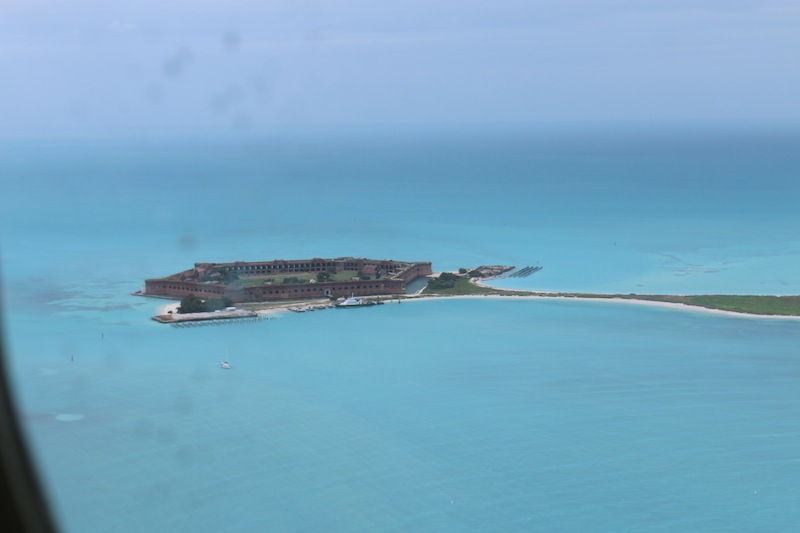 There are seven islands that make up the Dry Tortugas, although the size of the area shifts and changes with the weather and waves. Loggerhead Key is the largest of the group, and also the one with the highest elevation, at a dizzying 10 feet.

Garden Key isn’t the largest island, but it is the most famous, with Fort Jefferson proudly standing on its shores. This is where the seaplane and the ferry will take you and where most people will spend the day. Other notable islands are Bush Key, which was once called Hog Island for the hogs that were raised there to feed the neighbouring prisoners, and Hospital Key, where a prison hospital was built in the 1870s to treat inmates in Fort Jefferson.

The hexagonal Fort Jefferson is an impressive structure, although it was never fully completed. It was originally designed as a fortress to stop piracy, but it ended up being a prison, with the most famous prisoner being Dr. Samuel Mudd. This doctor was said to be a conspirator in the assassination of President Abraham Lincoln, but he was pardoned after a number of years at Fort Jefferson. 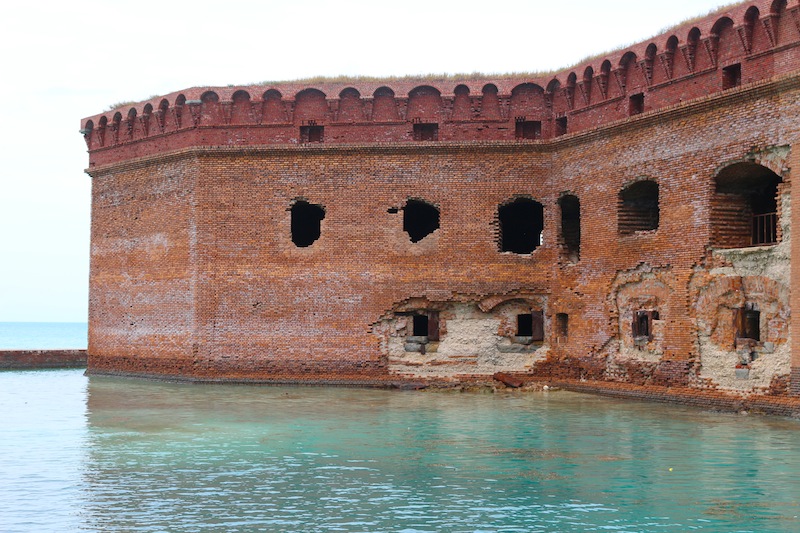 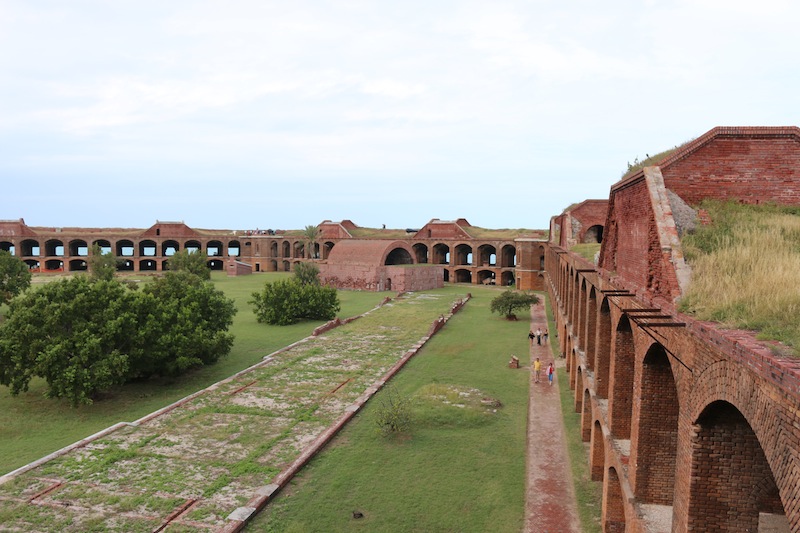 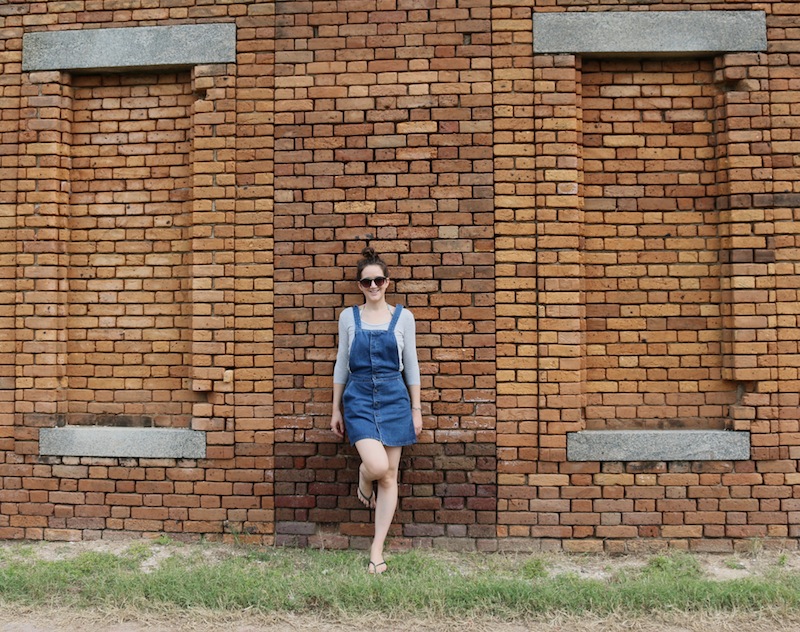 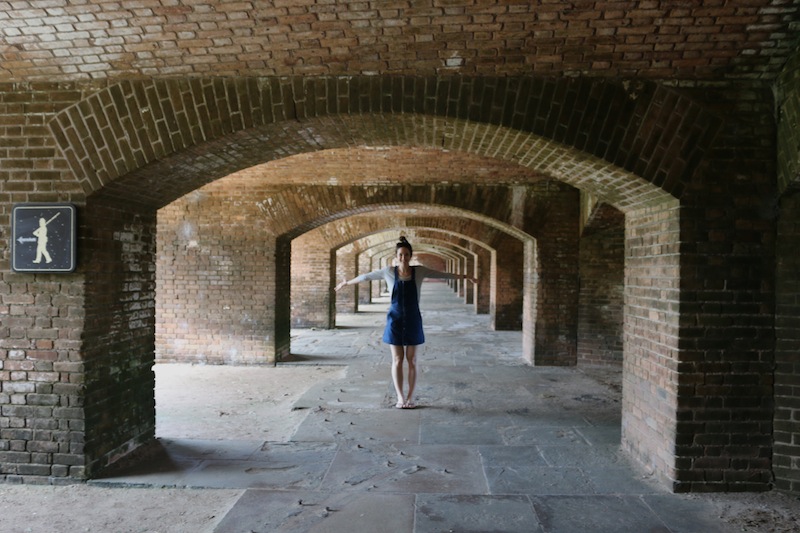 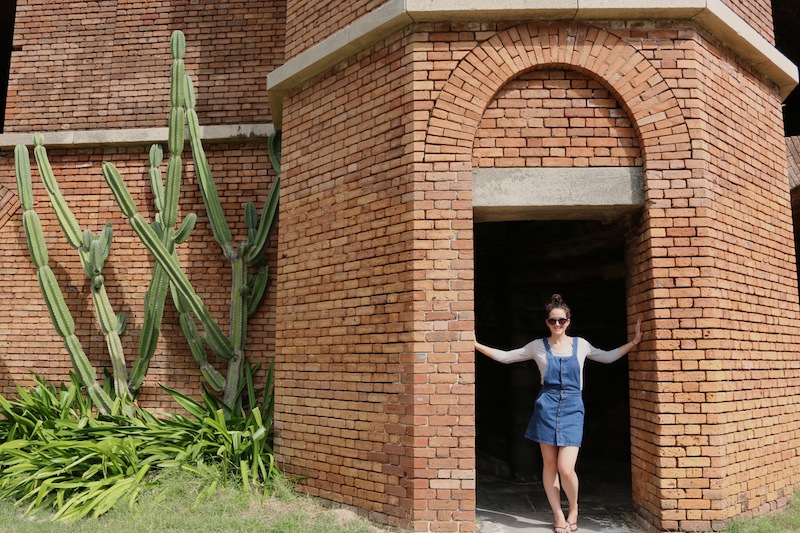 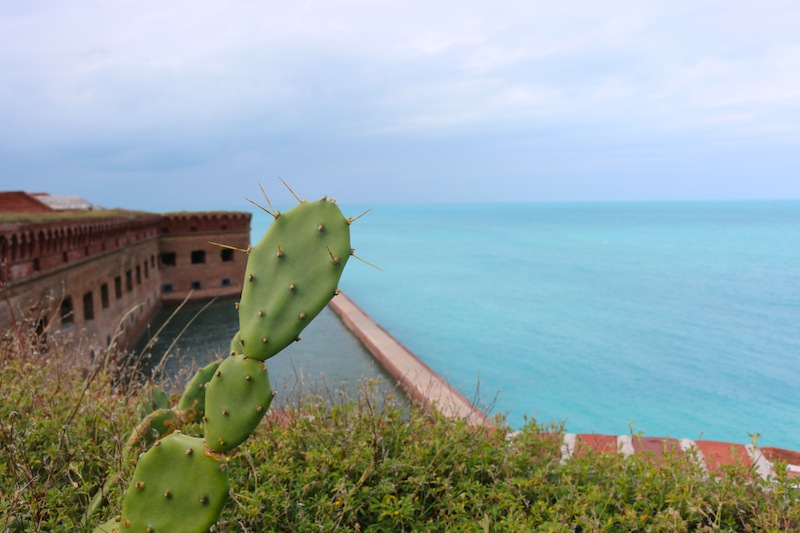 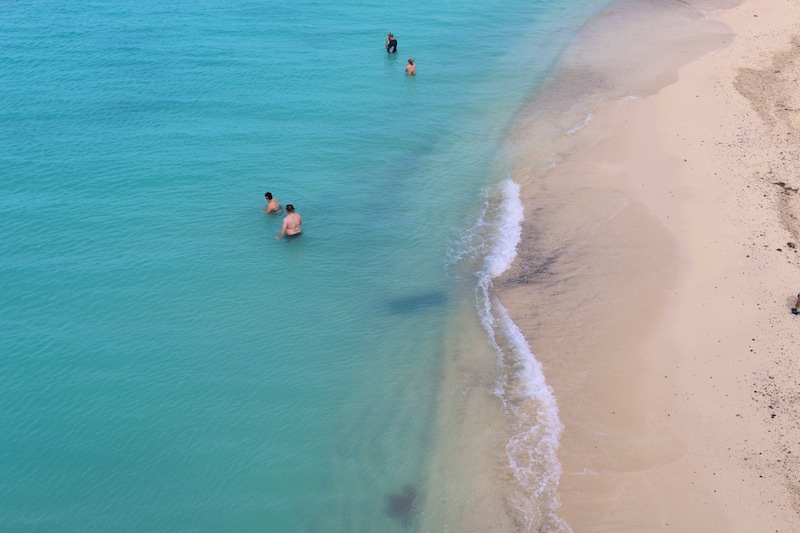 You can take a guided tour to learn more about the history of this Fort Jefferson, or download a self-guided tour to explore it in your own time. You can also just wander around and take it in at your own pace as there are signs with plenty of information.

One of the most popular activities to try in the Dry Tortugas is snorkelling, thanks to an abundance of tropical marine life. Look out for sea turtles, which the islands are named after. Tortugas means turtles, and ‘Dry’ was added later when explorers realised there were no fresh water sources on the islands.

While you’re underwater, look out for sunken treasures, too. There are a number of shipwrecks around the islands, and millions of dollars of gold, copper, silver and other valuable artifacts have been recovered in recent years. 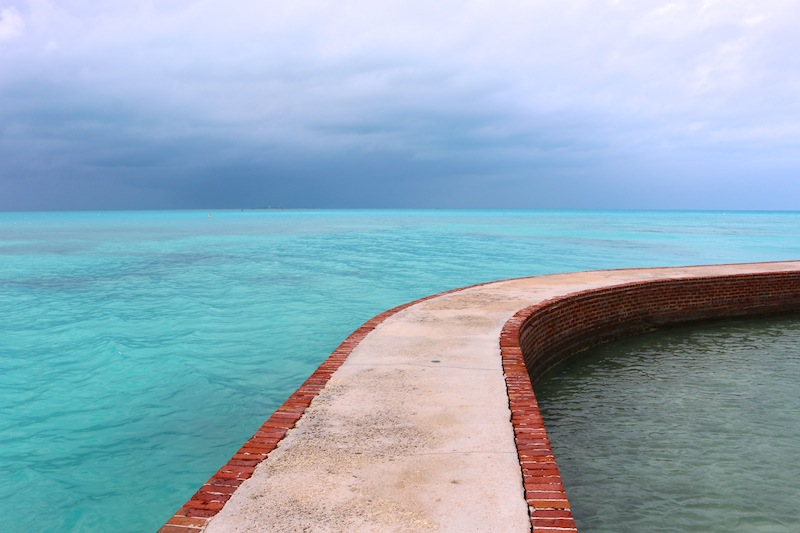 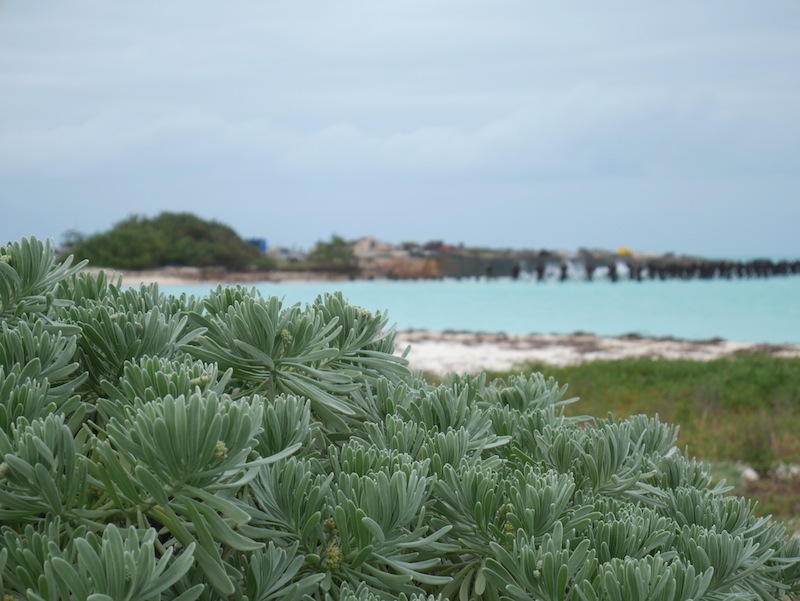 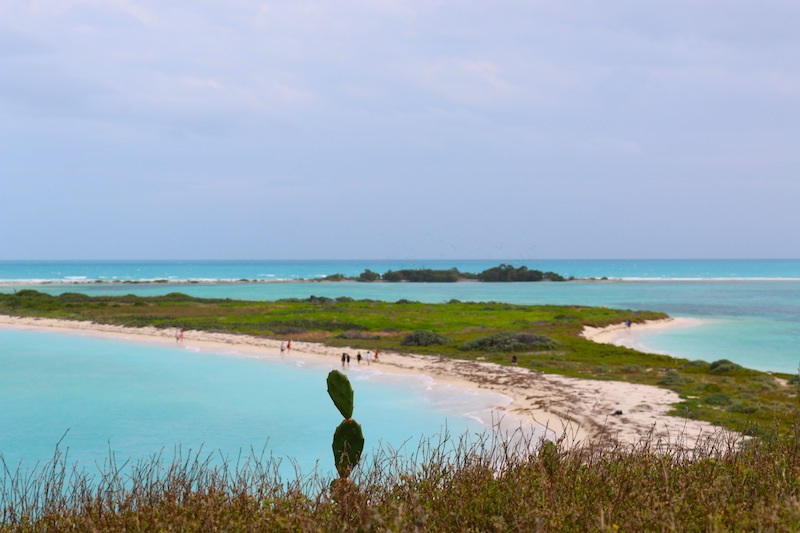 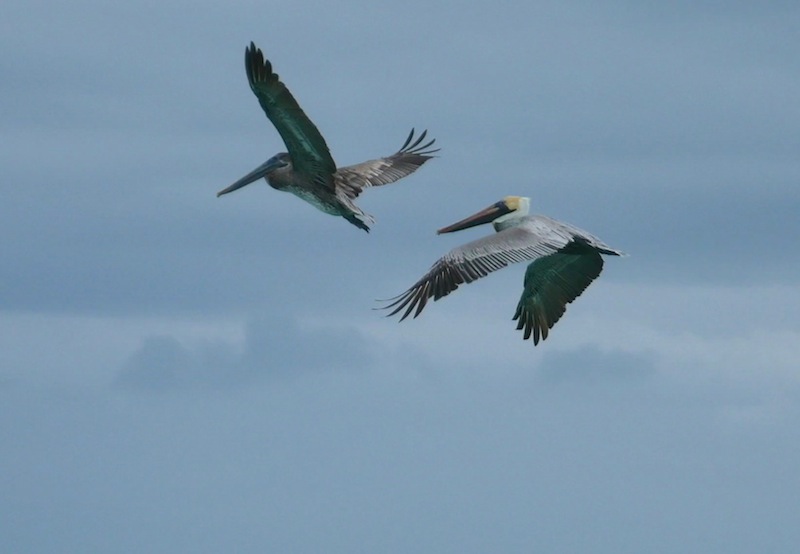 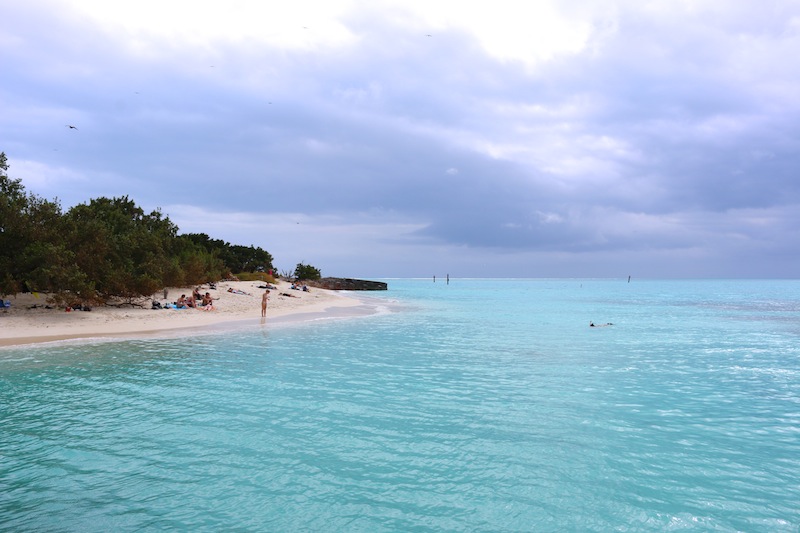 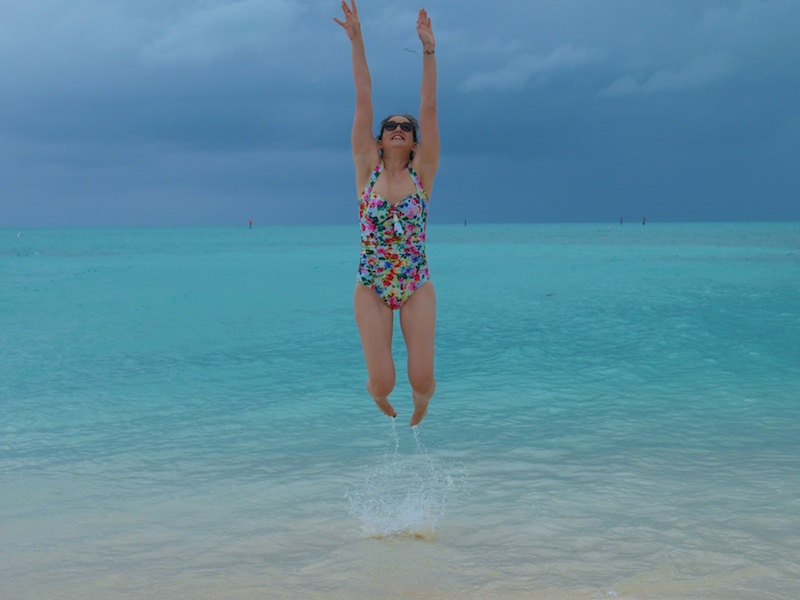 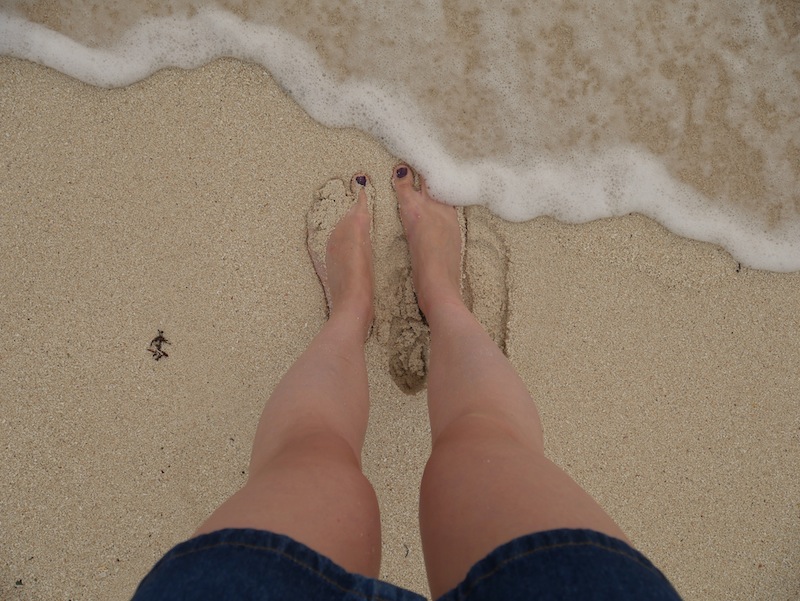 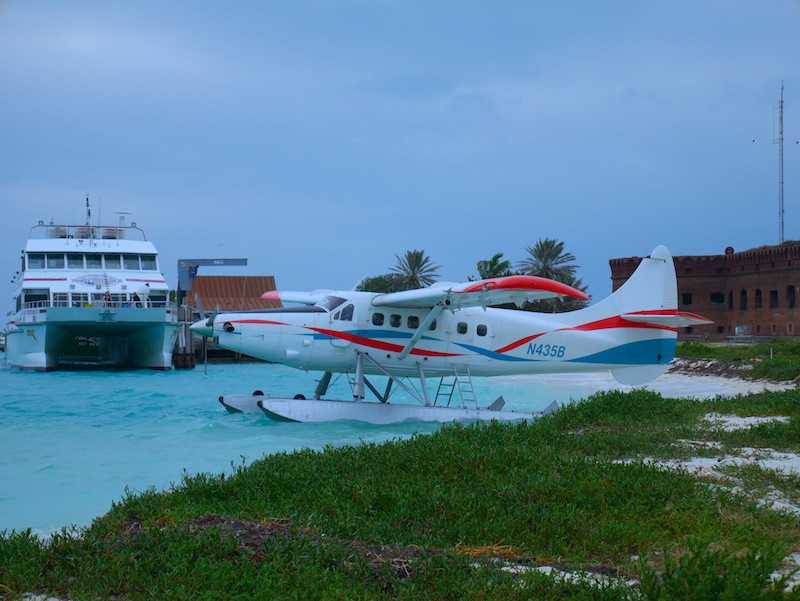 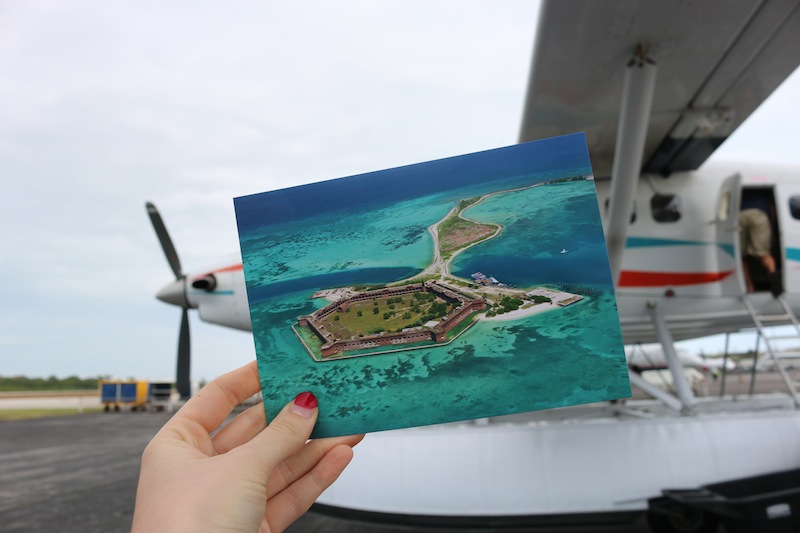 Most visitors to the Dry Tortugas head back to Key West at the end of the day, either by ferry or seaplane. But if you love it too much to leave, there is a small campsite where you can pitch your tent and stay the night amidst the history, wildlife and beauty of the Dry Tortugas National Park.

Massive thanks to Florida Keys & Key West Tourism for hosting my incredible stay.

I got that same post card!...best way to explain to workmates about the flight to the greatest prison on earth...lol

Your pictures are amazing! Dry Tortugas is one of the National Parks we haven't made it to yet. We are planning to camp there this winter and I CAN'T WAIT! We will probably take the boat ferry over, although the sea plane looks pretty exciting! Happy Travels! Tricia from www.roadtriptheworld.com