“If you were a biscuit, what would you be?’

“I’d be a Hobnob. One with chocolate but only half the amount of chocolate so I’d be a bit naught but not too naughty.”

There’s a pause as I silently ask myself why the hell I just asked Ben Fogle what kind of biscuit he’d be. (Thanks to the follower on Facebook who insisted I ask.) He knows it’s a trick question and that he’ll be forever judged on his answer.

Thankfully, he provides the perfect response. The chocolate Hobnob; loved by all, hated by none, and the perfect afternoon treat to go with your cuppa.  He even manages to make it slightly healthier than normal.

You see, Ben Fogle is pretty much Mr Perfect. He’s charming, handsome, educated, interesting, he does charity work and he’s by far the most well-travelled person I’ve ever had the joy of talking to. Oh, and he’s an adventurer. A professional adventurer. How cool is that. 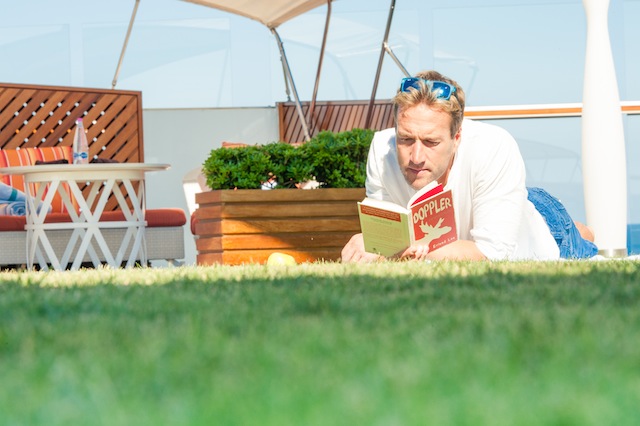 If you’re not familiar with Ben Fogle (this is for you Americans), allow me to give you a bit of background info.

In 2000 Ben volunteered to feature in the BBC reality show Castaway where he was marooned on a desert island with 36 people for a year.

This brought Ben into the public eye and he has since gone on to present a variety of programmes for the BBC including Animal Park and Countryfile, as well as making numerous documentaries, including Prince William in Africa.

Ben has undertaken some extreme dreams of his own, most notably setting the British Pairs record for rowing across the Atlantic in 49 days with James Cracknell, with whom he also raced to the South Pole.

Ben is a passionate activist. He is president of the Campaign for National Parks and an Ambassador for the WWF to name but a few.

In 2012, Ben teamed up with James Cracknell again as they trekked across the Oman Desert, and he has recently joined ITV’s Countrywise as a co-presenter.

Ben is also the brand ambassador and destination expert for Celebrity Cruises which is how I had the chance to speak to him. Earlier this month I travelled aboard Celebrity Silhouette from Venice to Croatia so I was here to find out about Ben’s experience with cruising. 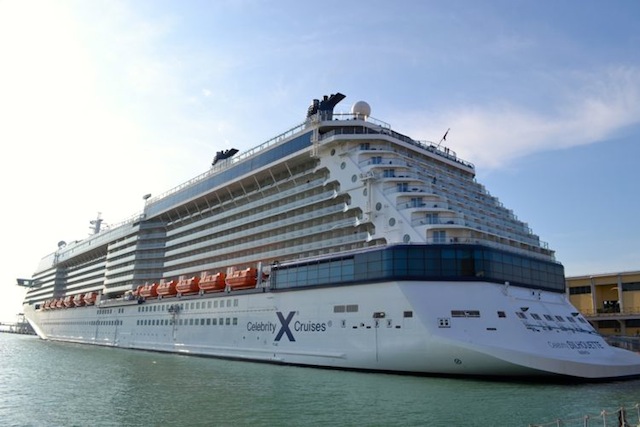 Ben tells me about that first moment when you step on a cruise ship which is something I can now completely relate to.

[quote_simple]To step foot on a ship is a surreal experience as you take in the scale of these miniature cities. They literally have everything you could possibly image on board and more. But, for me, it’s always been about the destination. I travelled to Malta, Sicily, Napals and that’s where the cruise comes into it’s own because there’s no way on a 3-day land trip you could take in all those destinations. Well, you could, but you’d always be in airports and hotels.

[quote_simple]You’re essentially on a moving hotel! For someone who loves destinations and variety and spice and maximising my time, that was a highlight. The joy of cruises is that you go to places you never normally go to. You end up with an itinerary going to places you’ve never even heard that completely change your perspective on a region. And that’s what is so surprising. We tend to be creatures of habit and Celebrity Cruises helps you discover new places and discover eclectic, extraordinary and unique destinations.[/quote_simple]

[quote_simple]The variety on board the ship really surprised me. I imaged that I’d struggle to find my own space but there’s so many places that you can genuinely feel like you’re completely on your own. The boat I was on even had it’s own lawn on top with kabanas and hammocks which I used as my form of escapism.[/quote_simple]

Ben is a ‘professional adventurer’ so I ask him about his career choice (secretly hoping he’ll share his formula about how to also gain this job title!) and what an adventure is to him.

[quote_simple]I don’t think anyone plans to be an adventurer or even be a traveller. I spent lots of my early years in Canada and loved the outdoors and being near water. I loved being close to nature, that was what made me feel alive. I always knew I wanted to travel and have excitement in my life.[/quote_simple]

[quote_simple]My life, like most people’s lives, has taken lots of strange and wonderful turns. I do describe myself as an adventurer because I’m constantly in search of new adventures. But an adventure doesn’t need to be crossing a pole or rowing across an ocean, a adventure can be anything out of the ordinary.[/quote_simple]

Make Me a New Face

Ben tells me about the project he is most proud of called Make Me a New Face, a documentary that followed a team of volunteer plastic surgeons from Great Ormond Street Hospital. They travelled to Ethiopia to rebuild children’s faces after they had been ravaged by Noma disease. Ben spent six months, on and off, in Ethiopia as the team performed life-changing reconstructive surgery. If you have the chance, I urge you to watch parts of this documentary available on YouTube. It’s heartbreaking but also amazing to see the difference that this incredible team of volunteers made.

What couldn’t you travel without?

Ben genuinely can’t choose but he tells me how he loves travel books, both fact and fiction, because they can really enhance a destination. Here are a couple of his favourites but I could tell he’s literally read hundreds and hundreds and has a real passion for literature.

And anything by Gabriella García Márquez

Can you describe yourself in five words:

I’ll be sharing my experiences aboard Celebrity Cruises over the next couple of weeks so keep your eyes peeled.

Ha! How did you end up interviewing Ben Fogal!?

I went on a cruise with Celebrity Cruises and Ben is the brand ambassador so I had the chance to do a phone interview with him just before my cruise.

[…] I joined the cruise I had the chance to interview Ben Fogle who is the celebrity ambassador for Celebrity Cruises. He told me all about his life as an […]

I can't believe you got to interview Ben Fogle, that's awesome! I remember watching Castaway, me and my family were hooked! I do rather like Ben, and if he were to propose marriage to me, I'd quite happily accept.

Also, it's Gabriel Garcia Marquez, not Gabriella. He's one of my favourite authors - One Hundred Years Of Solitude is amazing. See, Ben and I are destined to be together.

aaa so jealous! A true adventurer! I love the word curious, love being curious, and interesting he said fulfilled, a word I would say many travellers would say the opposite.

Are you friends now? Can we invite him out for a drink for more travel chats please :)

I thought exactly the same about being fulfilled. So many travellers are in search of something that they're never going to find. I guess it's different when you have a family to come home.

And yes, we're BFFs. I'll bring him along to the next Travel Massive ;)