Dinan is the kind of town that is so pretty and so quaint I didn’t actually believed existed in real life. Sure, towns like this exist in Disney films and between the pages of fairytales but in real life….not so much. In real life, the modern world creeps in and places that are this beautiful slowly become commercialized and lose their original charm. But Dinan really is like stepping inside a Disney film. I was half expecting a chirpy little bird to come and sit on my shoulder so we could sing a duet and pick wild flowers as we skipped into the sunset. My Disney princess dreams didn’t quite come true but I did find the fairytale town of my dreams… 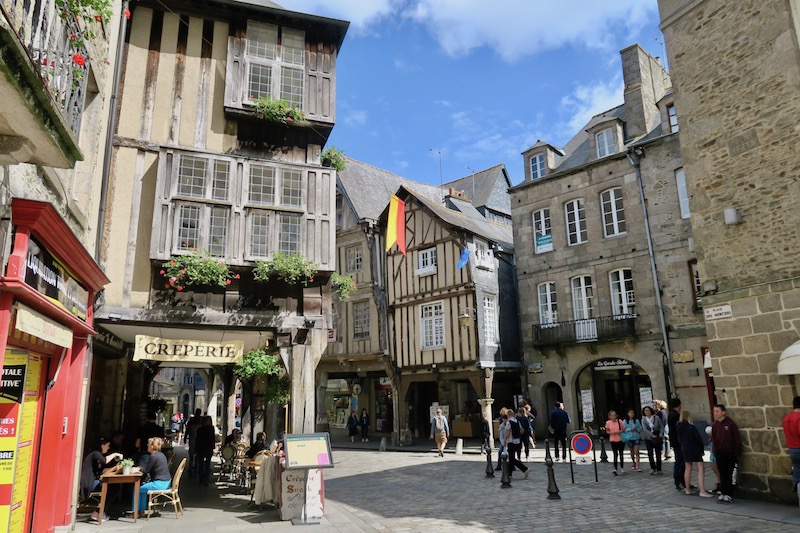 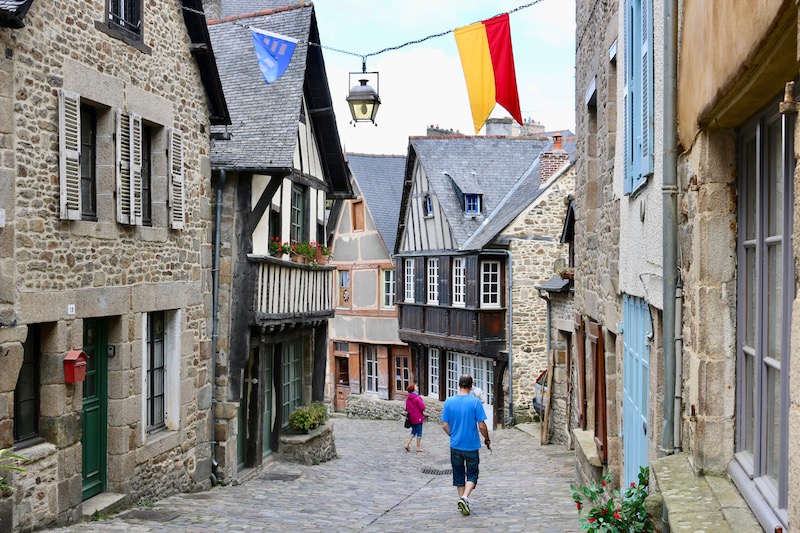 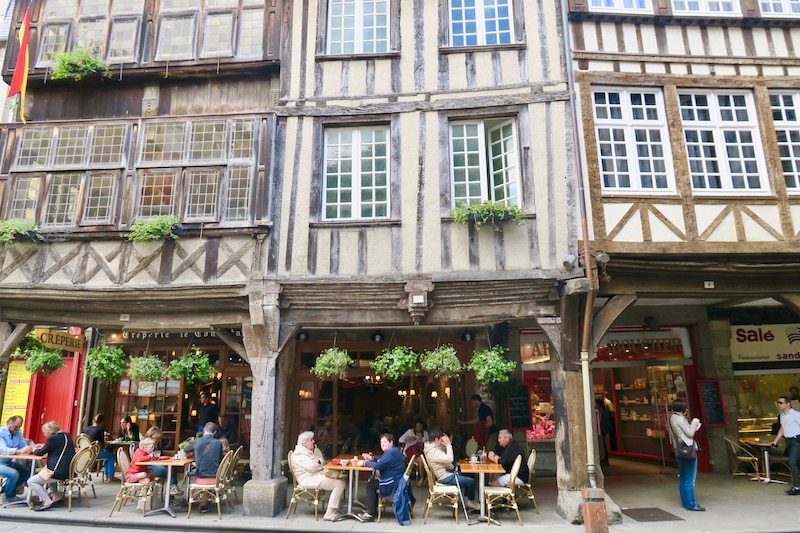 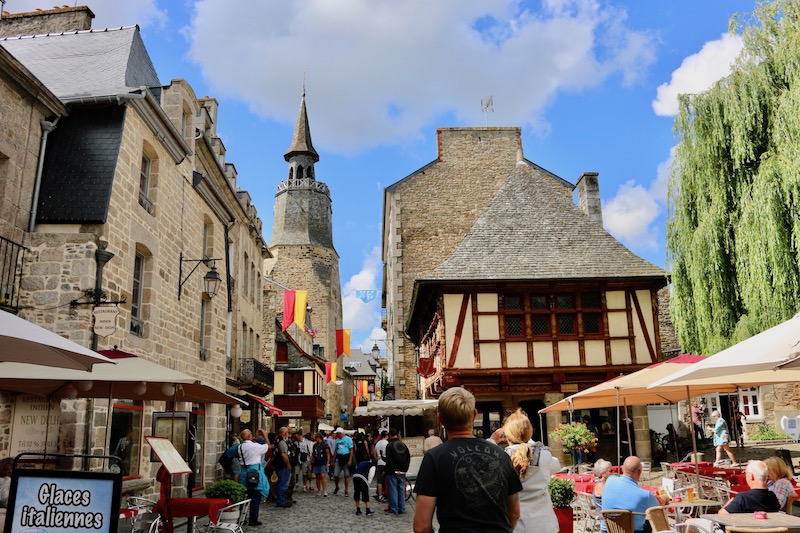 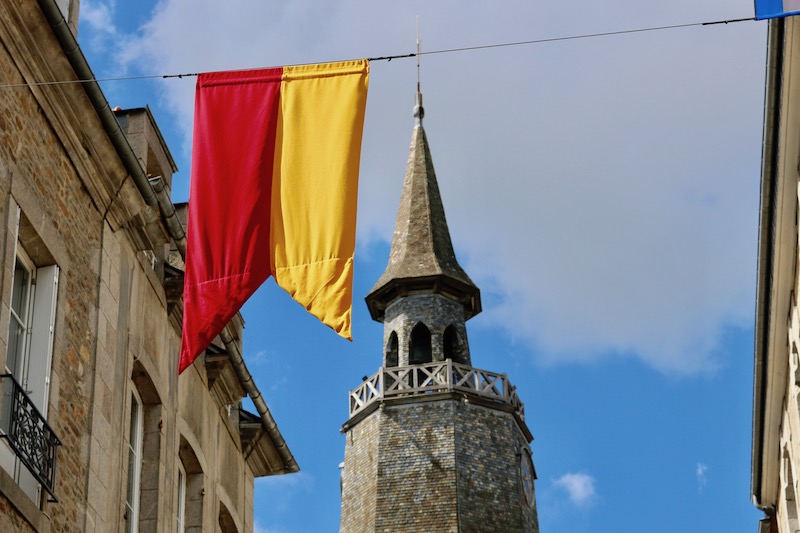 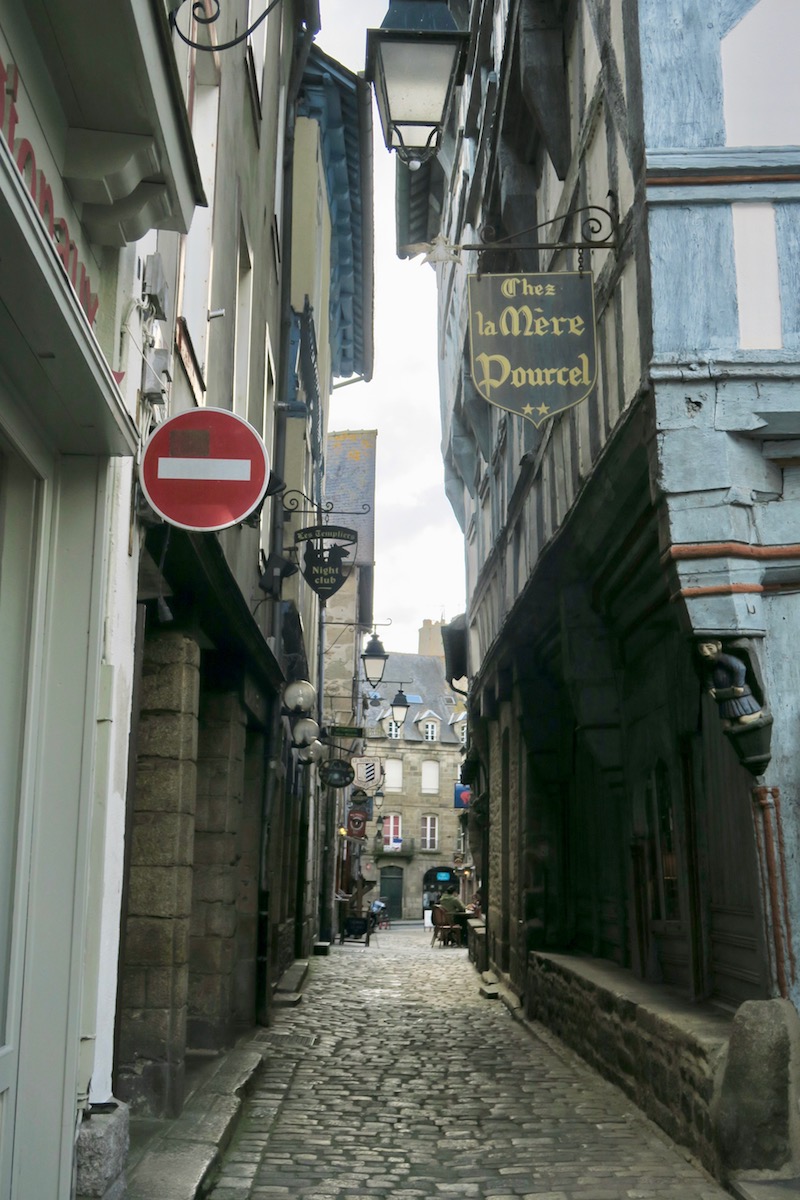 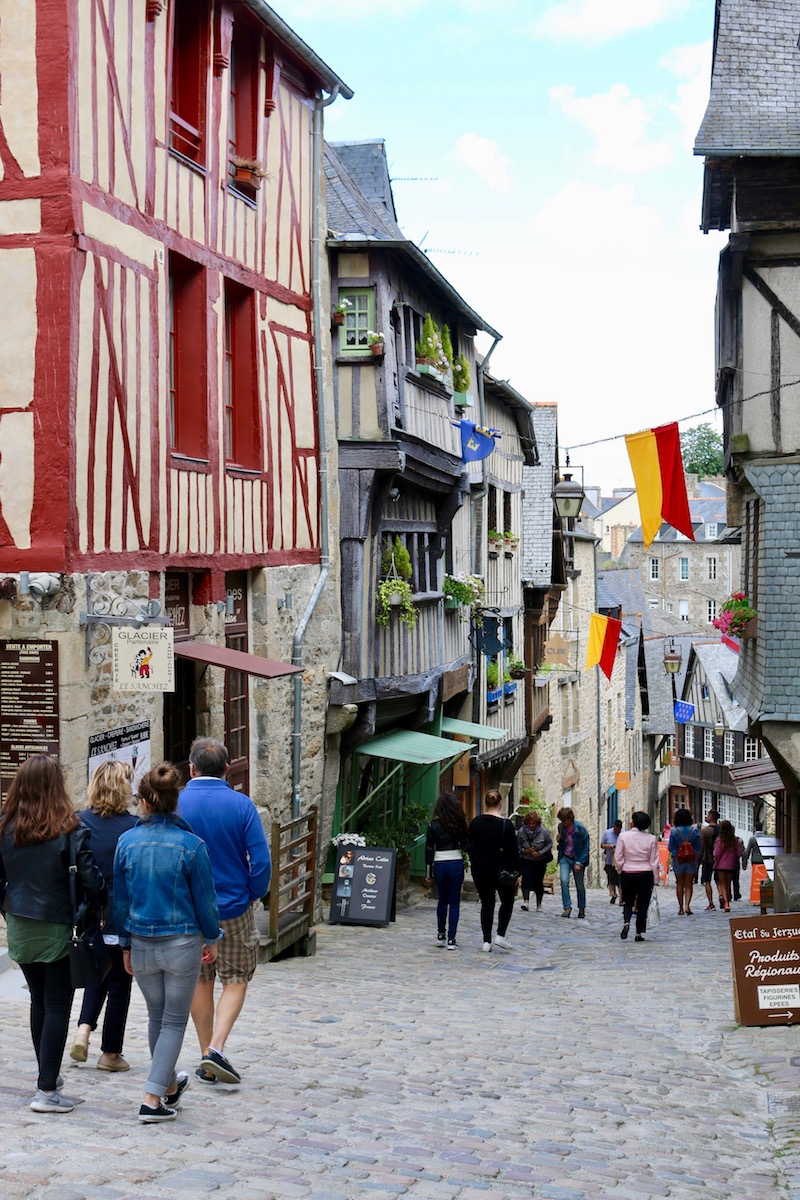 Set beside the River Rance and climbing up the surrounding hillside, the walled Breton town of Dinan is arguably the most gorgeous town in the whole of Brittany. The medieval town boasts some of the finest architecture in Brittany, with buildings dating as far back as the 13th century. Much of the original city wall remains intact, ensuring that history buffs will be particularly drawn to this charming settlement.

Dinan is designated as a Villes et Pays d’Art et d’Histoire, or a Town and Land of Art and History if you’re French is a little rusty and this is mostly down to Dinan’s array of historical monuments.

How to get to Dinan

When visiting areas like this in France I’d recommend hiring a car as it’s so much quicker and easier than any other option. I’d take the train from France to Rennes and then pick up a hire car from Rennes train station. The Eurostar takes 2 hours 46 and then the TGV takes 2 hours 20 so it’s an easy journey. Check out Voyages-SNCF to book train tickets.

Where to stay near Dinan

When I visited Dinan I was staying at the Les Castels campsite, Domaine des Ormes. This is an enormous resort covering 200 hectares and is ideally situated within the triangle of Mont Saint Michel, Saint Malo and Dinan, and is 20 minutes away from these famous tourist attractions.

What to see and do in Dinan

The jewel in Dinan’s crown is its Centre Historique, filled with fantastically-preserved half-timbered houses, cobbled streets and impressive monuments and buildings. You could spend days wandering the maze of streets, ducking into inviting craft shops or art galleries and photographing the occasional landmark.

When it comes to ticking off attractions, taking the rampart walk is good place to start. The defensive walls were built in the 13th century and today 10 out of the original 14 guard towers are still standing, as are four gates. They stretch for just under three kilometres, and certain portions are walkable. The prized piece of the ramparts is Château de Dinan, built in the late 1300s and today hosting a very interesting museum which houses many exhibits chronicling the history of Dinan.

There are many impressive landmarks to look out for around Dinan, and make sure you stumble across the St. Sauveur Basilica and Saint Malo Church. The former began its life in the 12th century and has been listed as a Historical Monument since 1862, while the latter was built from 1490 and is a great example of gothic flamboyant architecture, with its famous stained glass windows depicting religious events and the lives of the people of Dinan.

Beyond the history, the town is famous for its art and crafts, presenting an excellent shopping scene contributed to by the likes of artists, engravers, sculptors and glass blowers. One of the best ways to discover this artistic scene is by attending the Thursday morning market at the Centre Ville, or by strolling up from the port along Rue du Petit-Fort which is lined with shops. 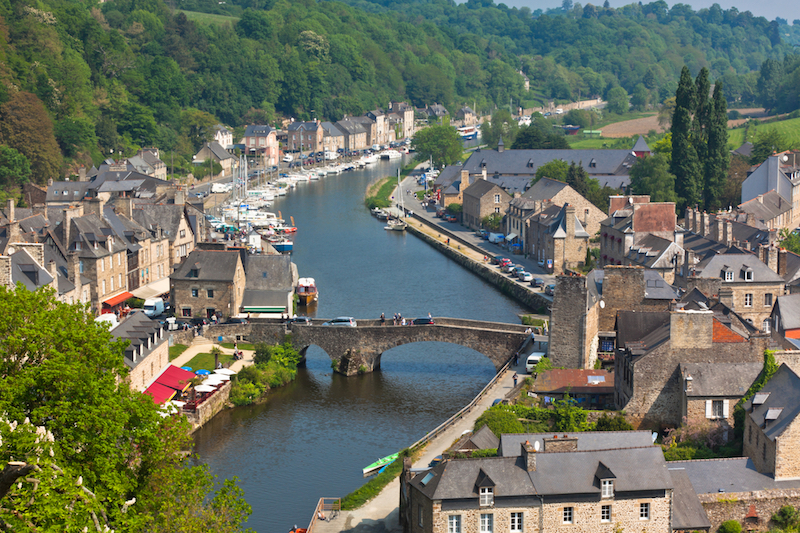 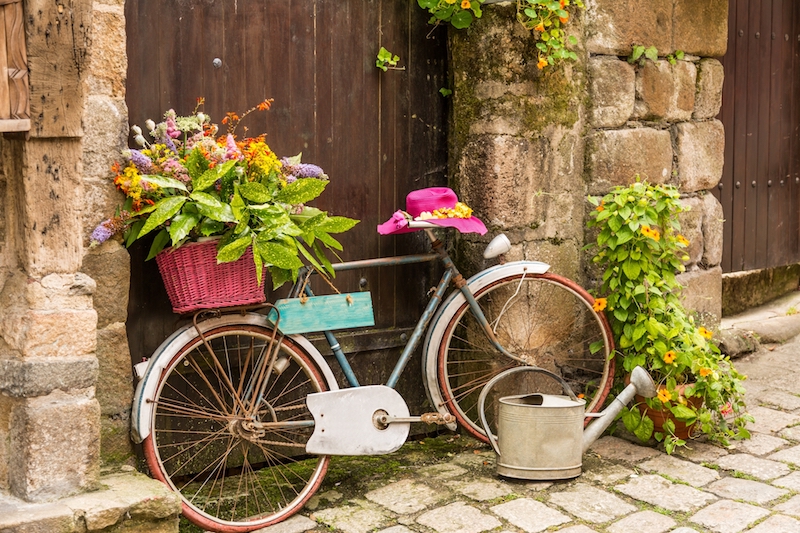 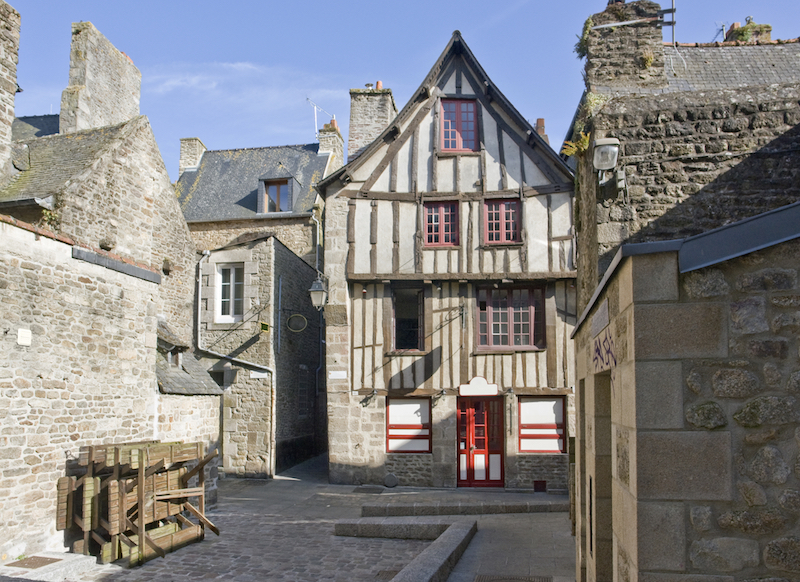 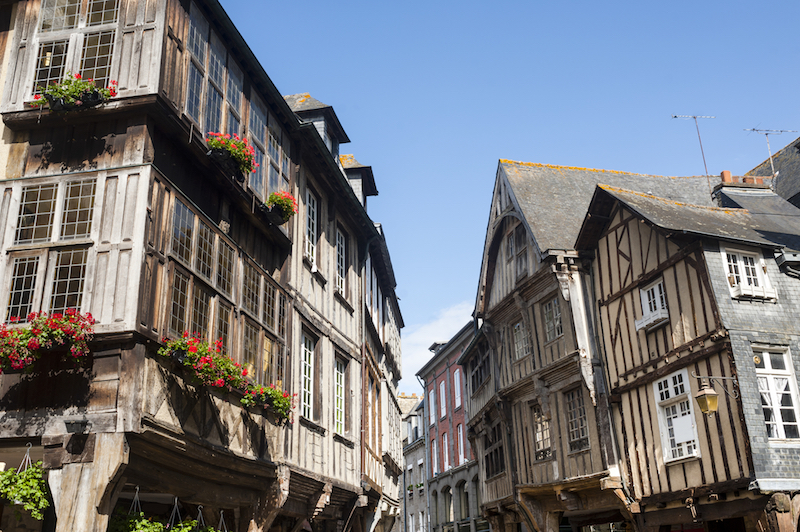 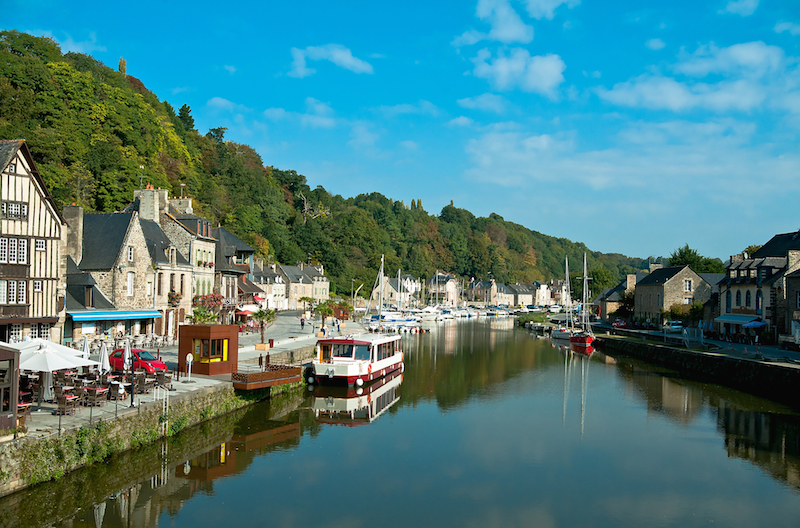 Where to eat in Dinan

Dinan’s port area is a beautiful setting, with pretty old stone houses lining the quay, many of which have been converted into great restaurants. But you’ll have to head into the centre of town if you want to sample the best eatery in Dinan, named Au thé Gormond. The café is arguably the best place for brunch in Brittany, serving up delicious French fare as well as range of cakes.

Lo Cantorbery is another great bet, found in an intimate setting within a 17th-century house and delivering traditional and hearty French cuisine, while your crépe fill can be found in the shape of Créperie Ahna, with its great range of flavours and fillings.

My trip to France

I visited Dinan during a one-week glamping trip to France with Les Castels. You can read more about my trip here…

An introduction to Les Castels, France – my favourite family adventure of 2016!

Planning a trip to Dinan? Pin this post and save it for later! 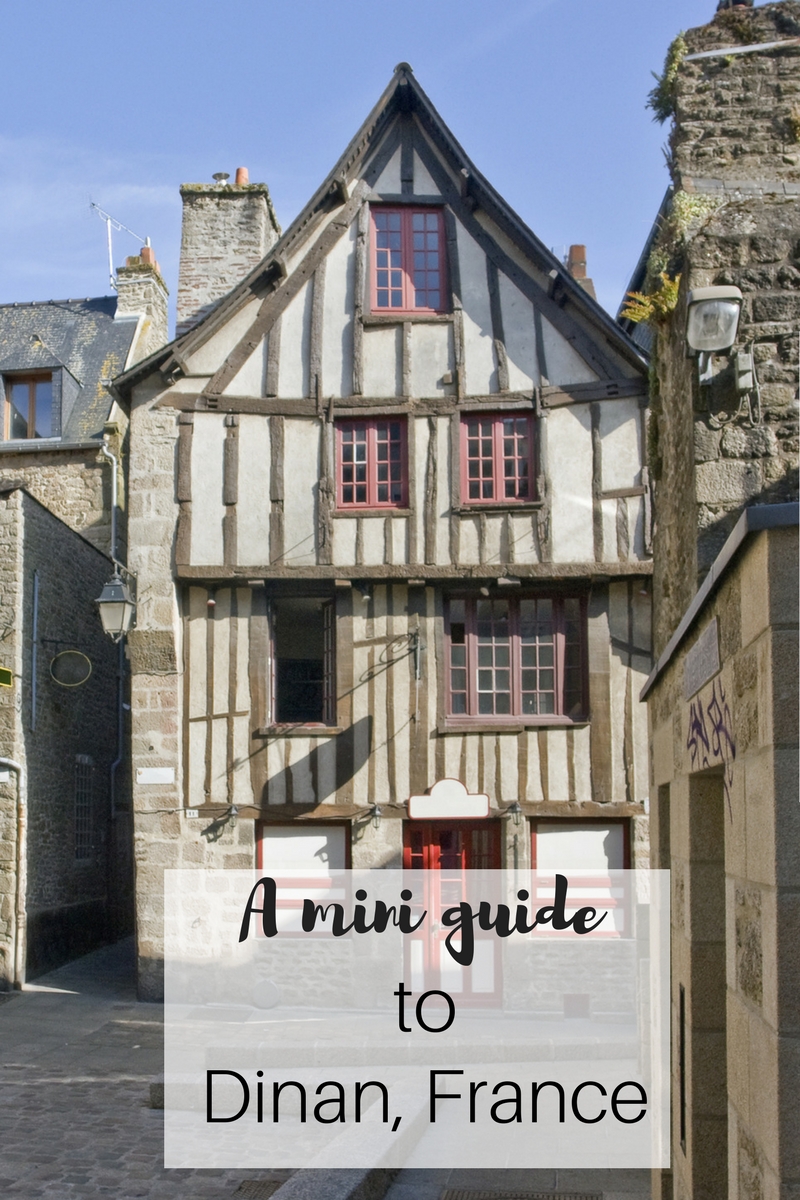 Maybe you can enlighten me. We are going on a cruise that stops in Saint Malo. We have one day. We’re struggling between going to Mont St Michel or spending a few hours in St Malo and Dinan….we’re leaning towards the villages. Do you have any special insight since you’ve been? Also, do you know about taxis if we wanted to go from Saint Malo to Dinan? Thank you.

Hi Michele, both places are absolutely beautiful and magical so whichever you visit will be wonderful. If you're already leaning towards St Malo and Dinan then that is probably a good idea. Mont St Michel was incredible but it was so so busy whereas the villages did have a more peaceful atmosphere. And I'm sorry but I don't know about taxis as we had a hire car. I'd recommend checking the Uber app as Ubers might be available and then you can check prices and things beforehand. Have a great trip!

Travel Tips: How to Plan Your Trip – Tales from Brittany

I’m loving your articles. Thank you for all the info on Dinan and Mont St Michel. We have a limited two days in Normandy. I’m fascinated with These two places. We leave Paris and train to Rennes and rent a car. Is it to much to see Dinan and MSM in a few hours? Are the towns very similar ? My time is limited because the rental car place doesn’t open on Sunday till 1. Thank you for your info

They're very different places so I would recommend trying to squeeze in a visit to them both. And it would be a rush but they're both so gorgeous I think it's worth trying to see them both quickly! We weren't in either place for particularly long because we were with our little boy. I think we visited Mont St Michel for about 3-4 hours and Dinan for about 2-3 hours. I hope you have a great time!

[…] We showered off our mild hangovers and decided to go again to Saint-Malo beach, thus dropping tacitly our previous, committed plans to visit the nearby Mont Saint-Michelle, Cancale or Dinan. […]