New York is one of the most famous cities in the world and was a place I’d been desperate to visit for years before I finally went in December. It’s a city that is familiar to all of us; one that everybody seems to know and love before even setting foot on its streets.

Despite it being so familiar, I found it tough to plan my New York itinerary because there was just so much to see! I asked you all what you thought were the best things to see in New York on the blog, on Facebook and on Twitter and with the help of my awesome blog readers I managed to put together an amazing 4 day itinerary. 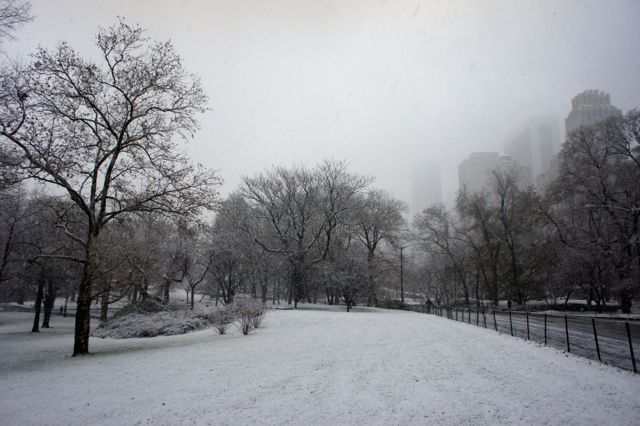 Central Park is the beloved, natural gem of New York City with 843 acres of gorgeous views. But Central Park is more than just a place to walk your pooch. Exploring the entire park by foot would be a tough workout – especially while I was there in the freezing December temperatures – so a better option is to hire a bike.

You can hire bicycles for $10 an hour or take a Central Park bike tour. The tour takes you around the Central Park’s highlights including Conservatory Water, Belvedere Castle and the famous Bow Bridge.

If you’re visiting in the summer then it’s the perfect place to chill out for the day. Grab a picnic, some speakers and a ball or sit back and people-watch and let the hours float on by. 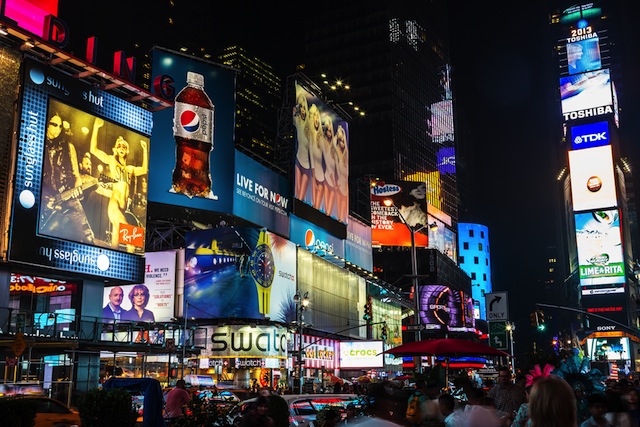 Is there a more famous square in the world? Times Square surely takes the biscuit. Located in Midtown Manhattan, Times Square is a major commercial intersection that is often referred to as ‘The Crossroads of the World’. It is home to some major retail stores where you can splash a bit of cash or just enjoy the bright lights of the city. The biggest highlight of Times Square is the countless lights and billboards that spring into life as darkness creeps into the city.

There’s also a giant Toys ‘R’ Us located here which is home to 60-foot indoor Ferris wheel. The ABC studios are also located here, and if you’re lucky you may see a taping of Good Morning America from the sidewalk. 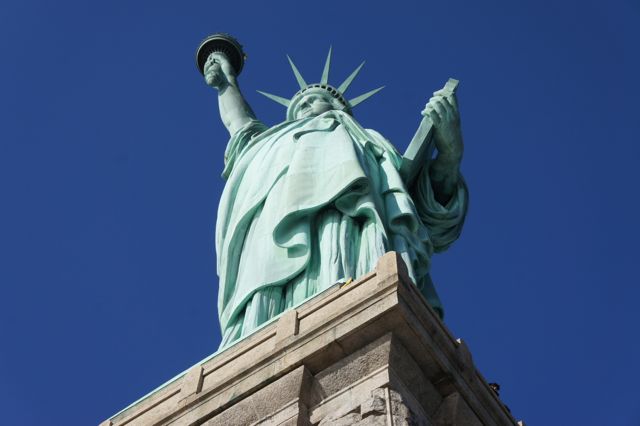 The Statue of Liberty originally marked the 100th birthday of the USA when it was given as a gift by France back in 1886. The statue took 21 years to be completed and its structural framework was created by the same man that designed the Eiffel Tower. Nowadays it is a massive tourist draw and has become a symbol of American freedom.

Located on Liberty Island, you can climb the 354 steps to the crown of the statue and enjoy views from nearly 300 feet high. Nearby Ellis Island can be visited with the same ferry ticket that takes you to Liberty Island. Until 1954 Ellis Island was the gateway for millions of immigrants who travelled to the United States. Today it is home to the Ellis Island Immigration Museum. 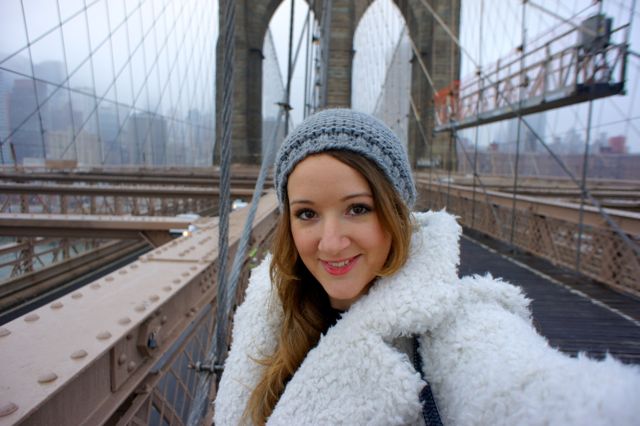 Brooklyn Bridge is one of the oldest suspension bridges in the USA and has connected the boroughs of Manhattan and Brooklyn for 130 years. You can enjoy great views of the bridge from Brooklyn Bridge Park, where you can begin to fully appreciate its engineering prowess. If you have the time, strolling across all 486 m of the bridge is another great experience. Not only will it give you a greater acknowledgement of the scale of the bridge, but you will also be treated to fantastic views of the iconic skyline of New York City. 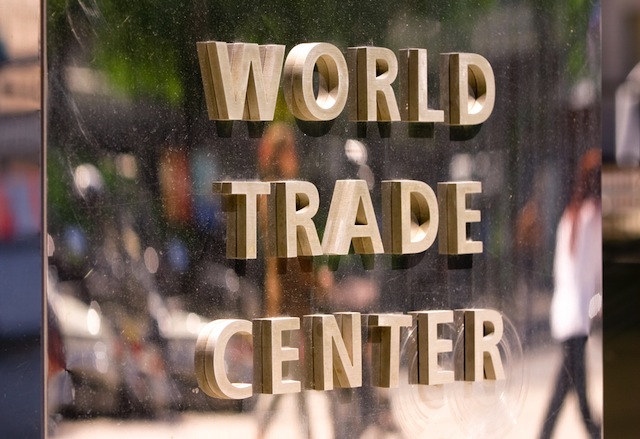 The National September 11 Memorial is a tribute of remembrance and honour to the victims of the 2001 and 1993 terror attacks at the World Trade Centre site in which almost 3,000 people were killed. The memorial consists of two reflecting pools which are almost an acre in size and feature the largest manmade waterfalls in North America. The pools sit in the exact location where the twin towers stood. The names of every person who died in the attacks are inscribed into bronze panels that border the memorial pools. Visitors are able to pay their respects to the many victims and experience an emotional reminder of what was one of the most significant and tragic days in America’s history.

The least populated of the five New York boroughs is Staten Island, located to the south-west of the city. The overall highlight of Staten Island has to be the ferry ride that takes you from Lower Manhattan and across to the island. Annually the ferry carries 19 million passengers and operates 24 hours a day, every day of the week. The five-mile ride offers fantastic views of some of New York’s best sights, including Governor’s Island, The Statue of Liberty, Brooklyn Bridge and the Lower Manhattan skyline. 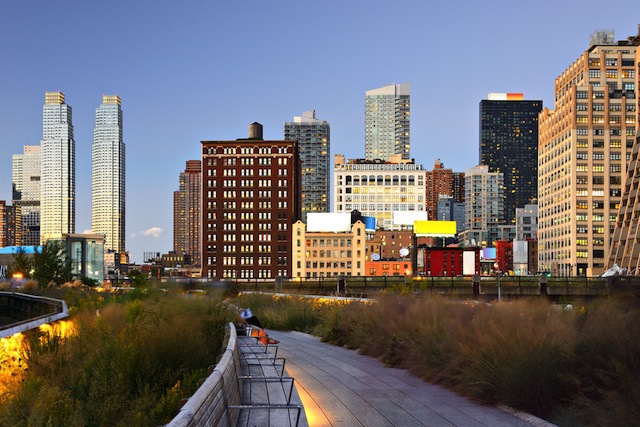 The high Line is a mile-long park built on top of a former elevated railroad which ran along the lower west side of Manhattan. It has been redesigned and adapted into an aerial greenway. The recycling of a railway into an urban park has received a lot of exposure and praise and has helped to reinvigorate this area of New York.

The vegetation used was chosen to pay homage to the wild plants that had previously grown around the abandoned railway before it was repurposed. The High Line is a fantastic place to walk; where else in New York can you stroll alongside wild flowers whilst yellow cabs whizz about below your feet? There are also numerous rotating public art installations for you to enjoy as you mosey about. 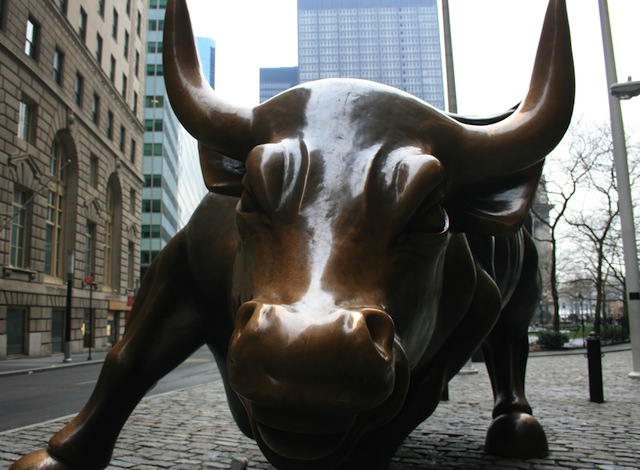 Lower Manhattan is spoilt with dining, shopping and nightlife options as well as various interesting heritage sites. One of Lower Manhattan’s most famous residents is the Financial District, in particular Wall Street. Viewed from Brooklyn, Lower Manhattan provides the picture-perfect postcard image of a very recognizable skyline. Other notable residents in this area include those that dominate this skyline, including the Empire State Building, whilst City Hall, the site of the World Trade Centre and Chinatown are also famous highlights. 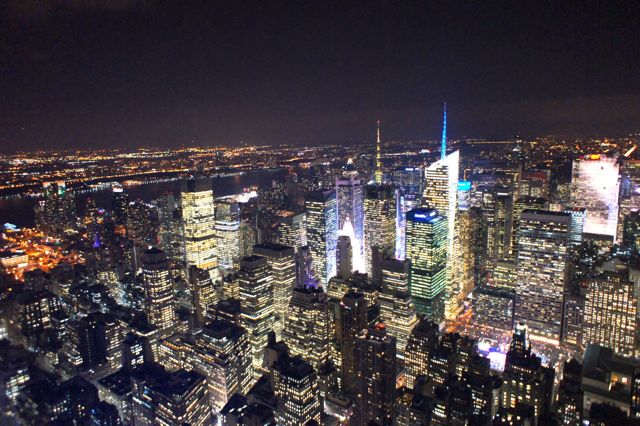 Nobody can visit New York and not take a trip up the city’s tallest building. A lift will take you up 86 floors to the observation deck of the Empire State Building where you will be subjected to unsurpassed views of New York. This is a very popular sight for tourists, so be prepared to queue. The best time of day to head up is early in the morning or around lunch and dinner time when the crowds will be a little smaller. Alternatively you can book online and reduce your waiting time, but even if you do have to stand in line for a bit, the views are well worth the wait. 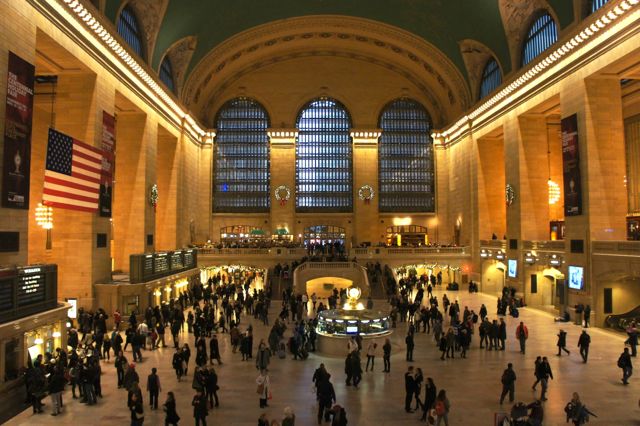 New York’s Grand train station is a bustling sanctuary of New York’s illustrious past and the largest train station in the world. The sea-green ceiling mural towers above the concourse below, glinting with gold leaf and effortlessly radiating grandeur. It is probably best to visit the station and appreciate the mural at around midday when there is less chance of being stampeded by hasty commuters.

Once you get your architectural fill you can head to the dining concourse and fill your belly. On the lower level you can find the Oyster Bar which is one of the most famous landmarks of the New York culinary scene.

I have been to NYC once and I can say that your blog covers all the places that I have visited in the city. But my only regret is not going to the Staten Island. Planning to visit it first if I plan a 2nd trip to New York.

Visiting nuclear on my own in June young 60s where do I book tours? Want to do a Broadway show but staying in Greenwich village, is it easy to get a cab back? Bit scared of using subway on my own will I get lost??

I'm sorry, I don't know where you'd book. I think a quick Google search will show you. And I wouldn't worry at all about getting the subway. If you have a Smartphone you can use Google Maps to make sure you don't get lost. Or get the subway to your nearest subway station and then take a can from there to keep costs down.

Hi, I've just booked a 4day trip to New York City, and I am looking forward to seeing as much as possible. I'm staying at the paramount hotel time square. Could anyone help with getting to and from all attractions. I want to see all of new york ( well has much as possible )going end of fFebruary 2016. Thank you much appreciated. X

I'd take the metro to get around. It's really cheap and really easy to use. If you take a cab you'll spend half your time stuck in traffic.

I'm going to New York in a few weeks time for the weekend and I'm doubly excited now after reading your post!