Last October I went to Egypt for a good old fashioned relaxing beach holiday. We spent long, lazy days swimming, sunbathing, reading and munching our way through the extensive buffet. It was amazing but I could only do this for a few days before I started to get itchy feet. We were in Egypt and I needed to explore!

We booked a one day private tour to Luxor and the Valley of the Kings to find out more about Egypt’s history. Ancient Egypt had always been my favourite topic in history class at school and I couldn’t believe I was actually going to see some of the tombs! I would have loved to see the pyramids too but Giza was just too far away from where we were staying in Hurghada. Luxor was about a 4-hour drive from our hotel so it was just about do-able in a one day trip.

You’re not allowed to take photos near the tombs so I’ve added pictures from the Temple of Karnak too, a temple which is usually included in any Valley of the Kings visit. 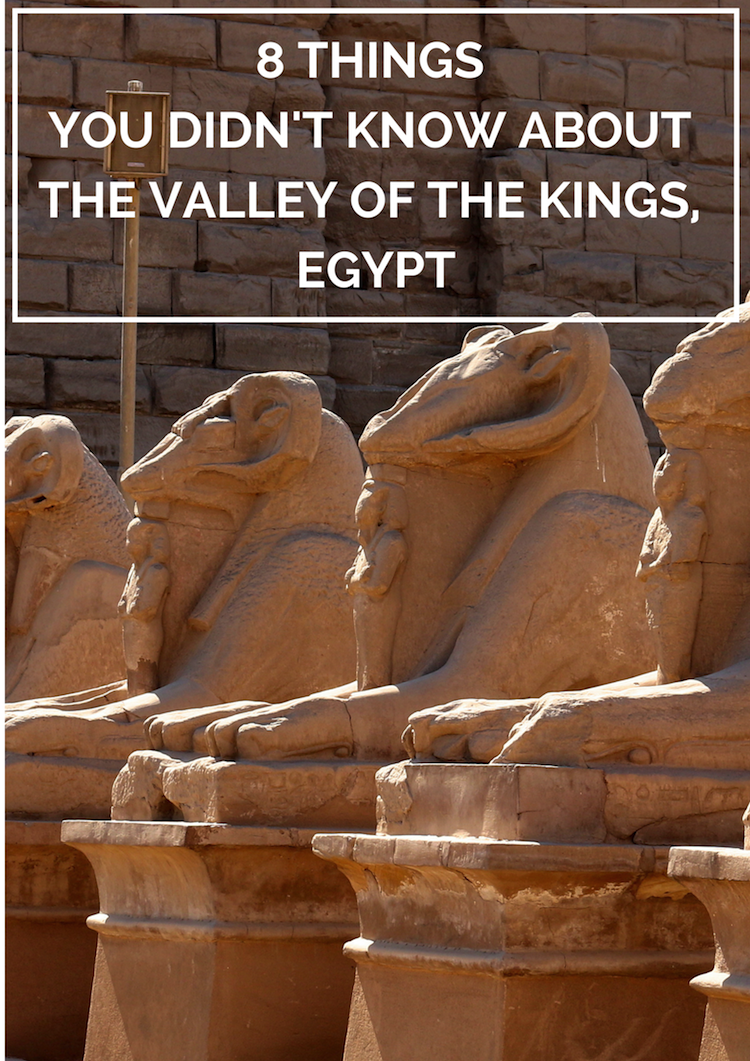 About the Valley of the Kings

There are few sites which encompass the mystery and fascination of the Ancient Egyptians quite like the Valley of the Kings. It’s a World Heritage Site and was used as a burial ground for Ancient Egyptian royalty between the 16th and 11th century BC. The site’s most famous resident was, of course, Tutankhamun, discovered by Howard Carter in the 1920s.

There are countless other grand tombs adorning the Valley of the Kings, all shrouded in their own legacy and myth. Archaeologists are still uncovering hidden secrets today, and for those thinking of visiting this ancient attraction, here are eight intriguing things you probably didn’t know about the Valley of the Kings…

You’ll be walking in the footsteps of Ancient Romans, Ancient Greeks and Ancient Egyptians when you descend on the tombs, with over 2,100 examples of ancient graffiti identified here, mostly Latin and Greek and some dated from as early as 278 B.C, with the Valley of the Kings serving as a popular tourist attraction during the Roman era. 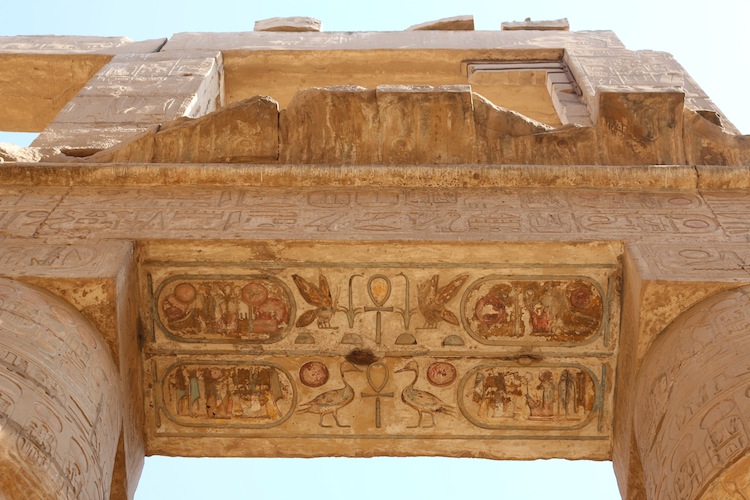 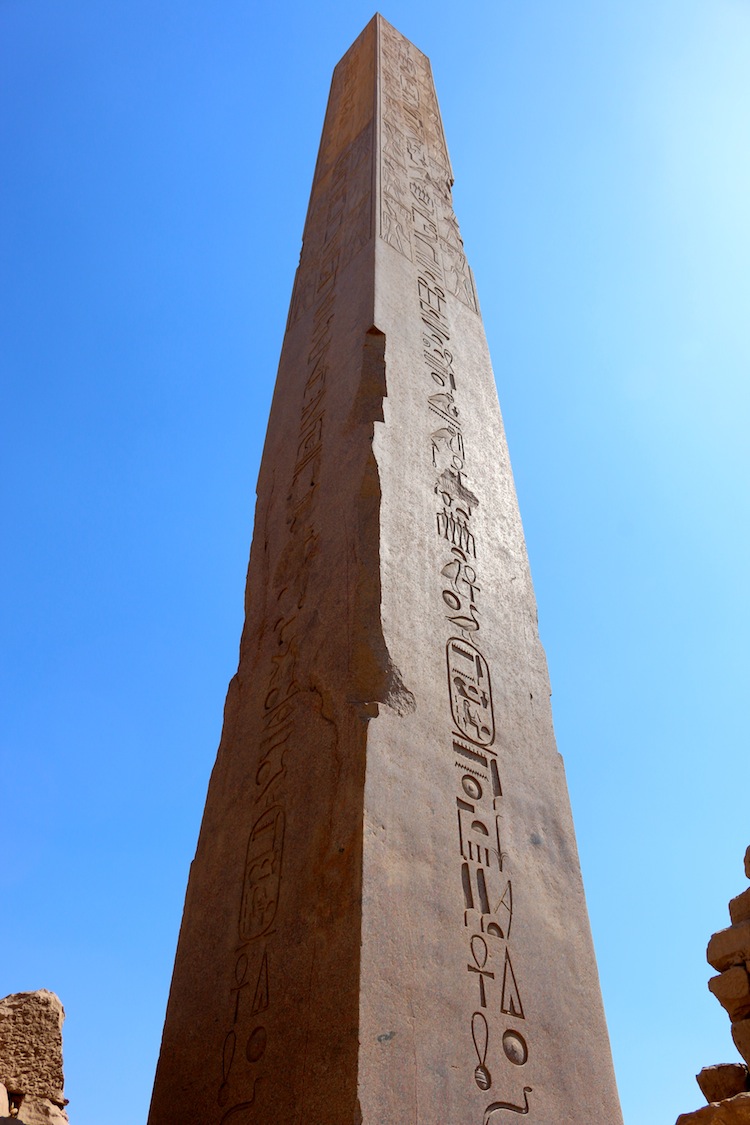 The décor of each tomb is unique and relates directly to the Ancient Egyptian buried there. Numerous symbols and illustrations are used to depict the deceased’s life, providing the perfect history book to visitors. If a king is buried in the tomb, often those who he ruled over are invited to carve in their very own personal message – let’s just hope he made a good impression!

62 tombs have been uncovered and explored in the Valley of the Kings and a number of them have been discovered unoccupied. Their owners, and their fate, remain unknown, and their mystery is likely to never be solved.

Tut’s tomb is perhaps most famous for being the only royal tomb found more or less intact upon its discovery.This is due to the way his tomb was designed, locating the burial chamber deep within the tomb and covering the entrance in stone – like some sort of Ancient Egyptian safe house. The tomb still contained the majority of its gold objects, including a solid gold death mask and a gold coffin.

The Valley of the Kings was rife with corruption and crime and many of the tombs were discovered plundered and damaged. The guards who watched over the tombs became susceptible to bribery and were paid-off while robbers got their hands on gold and precious artefacts. This became such an issue that the royal mummies were later removed from their tombs and re-buried elsewhere to keep them safe. 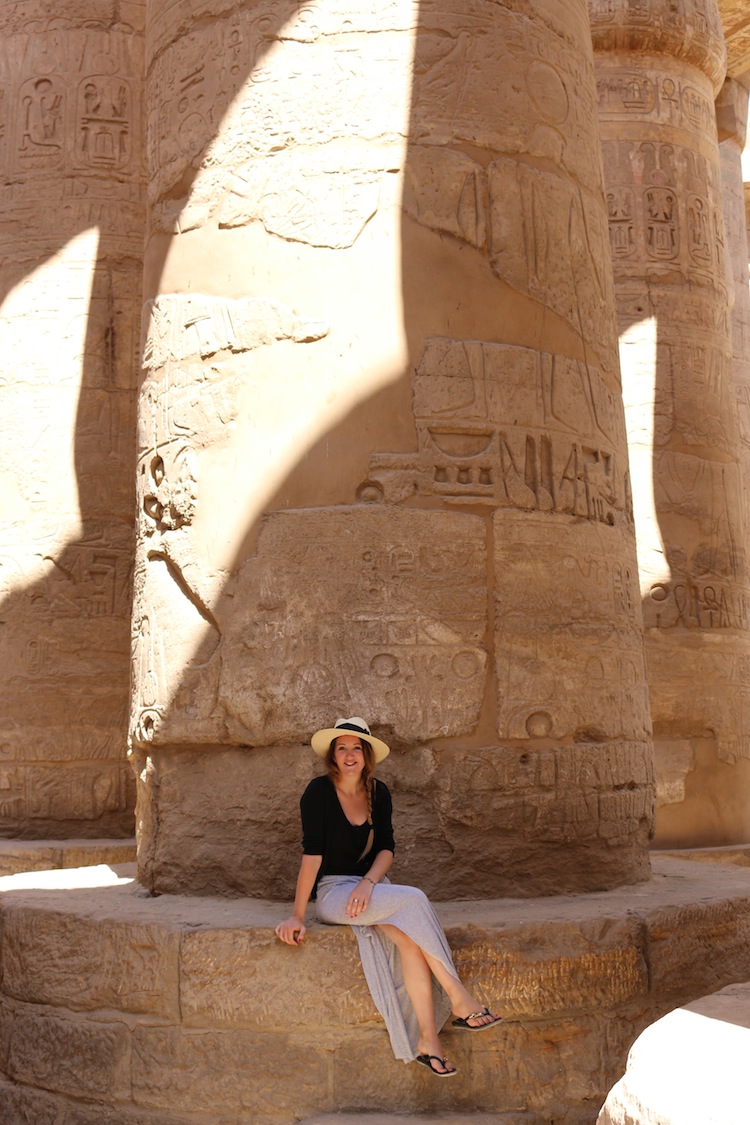 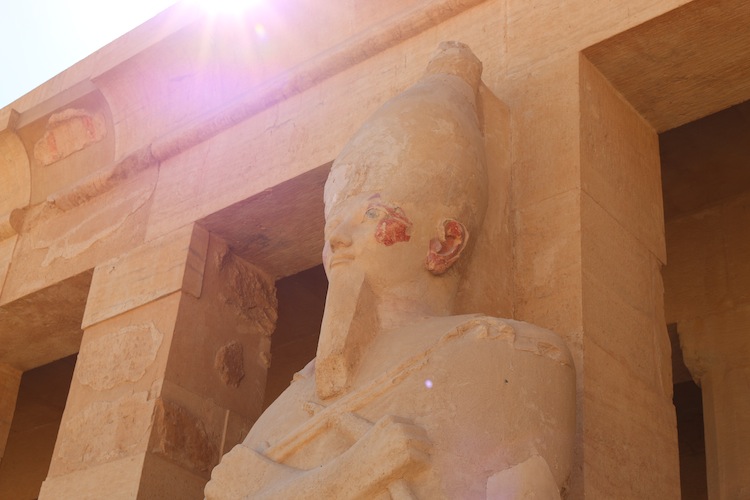 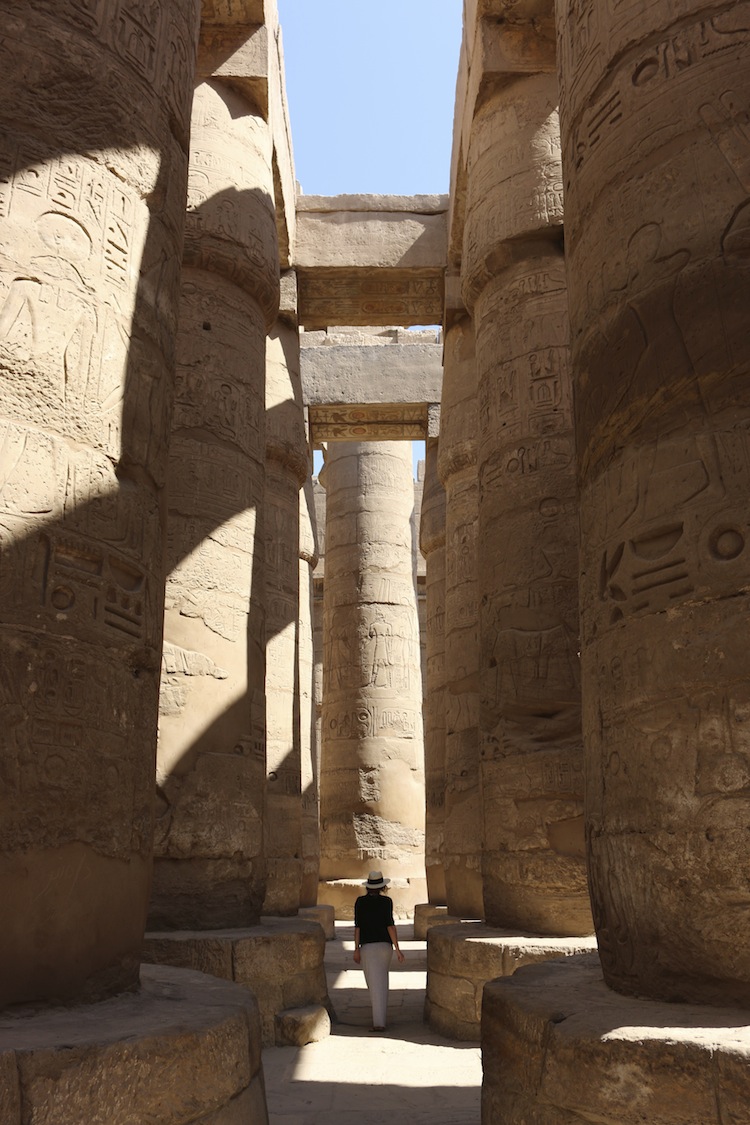 The Valley of the Kings was used as a burial site for 400 years before being abandoned due to incessant robbery. The first pharaoh to be buried at the site was Thutmose 1 in 1493 B.C, while the final burial was made in 1107 B.C, with Ramses X being laid to rest. It took a staggering 3,000-year gap for the tombs to be discovered.

Howard Carter was handy with a knife

The final tomb to be discovered, and the one that everybody has heard of, was that of Tutankhamun, uncovered by Howard Carter in 1922. While the tomb’s discovery was a majestic and fascinating discovery, the extracting of Tut’s remains was anything but. The mummy was essentially ‘glued’ to the bottom of the coffin, leading to Carter breaking off the mummy’s arms and legs, cutting off its head, sawing the body in two and scraping the remain out with hot knives. Not the most dignified re-awakening.

Such was the efforts to discover King Tut’s story and identity, those that discovered the tomb were able to go as far as determining the king’s blood type. Bizarrely this process began by collecting a scrap of the mummy’s skin and transporting it home in an envelope. King Tut was A2MN in case you were wondering. 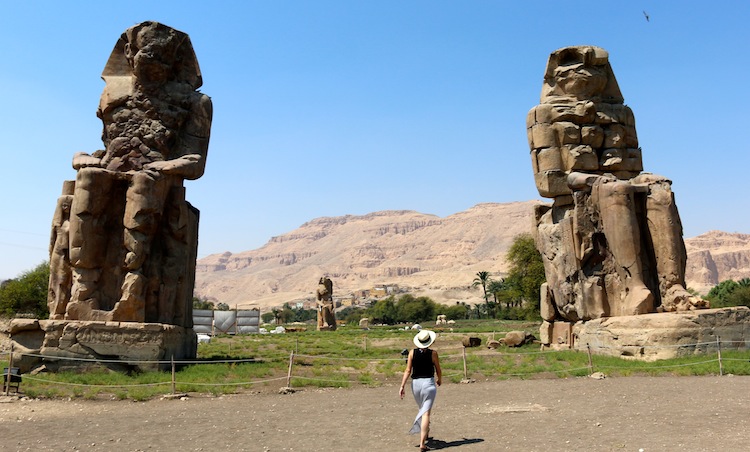 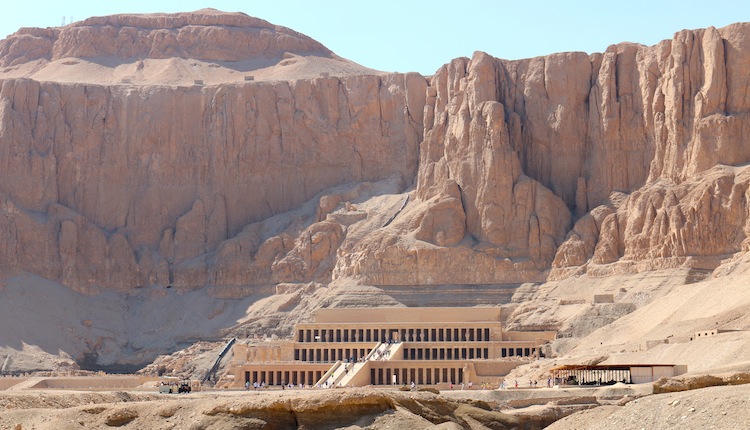 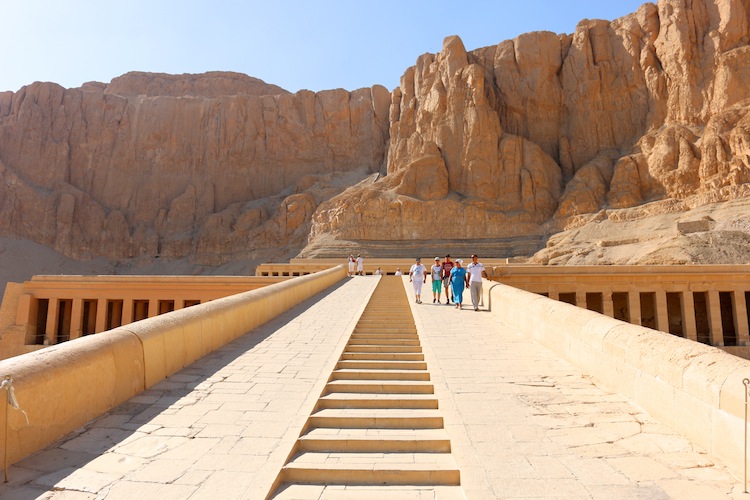 Read more about my trip to Egypt:

10 tips for an all-inclusive holiday in Egypt

Awesome Egyptian geek facts here! Love the photos! Many thanks :)

Eww that's so grim about the King Tut! I loved learning about the Egyptians but I hate that so much of their history (like the abandoned tombs) still remains a mystery! (Mainly because i'm super curious/nosey) x

I did Cairo and Luxor a few years ago and it was amazing. I actually liked Luxor a lot more than Cairo since it felt more authentic and it was less pushy. Great place to soak up the culture.

I would love to go here. I was fascinated with ancient Egypt as a kids and still find it amazing