When I first saw today’s Podmas prompt I thought it wasn’t the most exciting but then I realised I’d never actually told you much about where I live and why.

I live on the border of Chester and North Wales and the simple reason I live here is because this is where I was raised. I moved here with my family when I was almost six and my parents and my brother still live locally. 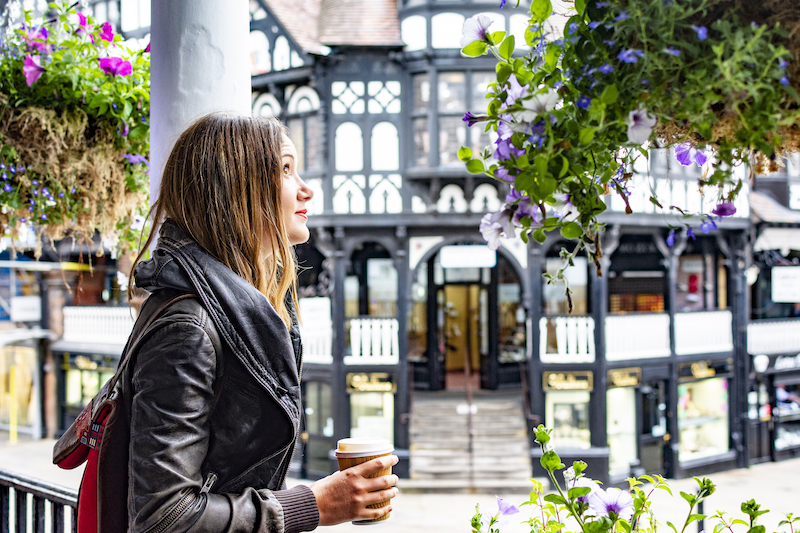 I always thought I’d move away from the area and when I left to go to university I didn’t imagine I’d ever come back. After uni I travelled for a few years and then I moved to London and as the years went on it seemed less and less likely I’d ever move back to Wales.

But then something changed when I was about 26 and it was like a switched flipped in my mind. I went from craving adventure and excitement to suddenly craving a mixture of excitement and the stability of a home. Looking back, this was the first step towards growing up and settling down!

Sam is also from the area and most of his family live locally. Sam is much more of a homebird than I am and he was missing his family when we lived in London. I think because we’re both from the same area, we’ve always considered this to be our home-base and it’s something that’s always united us.

Something that surprised us was that virtually all of our friends stayed in the area too. I speak to lots of people who say all of their school and college friends moved away from the area they grew up in and when they go back to see their parents they don’t have any friends there. But this is the complete opposite for Sam and I. I can count on one hand the number of friends who have left the area!

At first I found this a bit strange. Why did no one want to leave? Why wasn’t anyone being adventurous and trying somewhere new?

But as I got older my mentality definitely changed and I realised that no one was leaving because there was nowhere better.

We live in a lovely area where there are plenty of jobs, plenty of houses and plenty to do. We’re two hours away from London on the train but also two hours from the most incredible Welsh countryside and stunning coastline. You can be in Liverpool or Manchester in an hour and the city of Chester is beautiful.

While Sam and I were living in London we had about 6 weekends in a row where we needed to go back home for something. It was the summer and it was the season of weddings and parties, christenings, new babies, new homes and general gatherings with family and friends. Every Friday afternoon we packed our bags and joined the masses on the M25 and sat in traffic for five hours during the long journey back to Wales.

When we finally arrived home on a Friday night it felt like life was just that little bit better. The air was cleaner, the people were happier and friendlier, we knew everyone in the local pub and (most importantly!) it didn’t cost £9 for a glass of wine! We loved being with our family and friends and it gradually got harder and harder to leave.

On the Sunday afternoon we’d repack our bags and head back to the M25 to join the masses returning to London.

Why were we trying to build a new life for ourselves in London when we already had a life in Wales? Once we started thinking like this we knew we’d move home eventually and then it became difficult to properly settle in London.

A few things then happened all at once that just made sense for us to move back home.

I went freelance and was travelling a lot more and didn’t need to be in an office in London. This left Sam alone in our ridiculously expensive flat a lot of the time which wasn’t fun for anyone. Sam had gone home for a weekend and had got chatting to his old boss in the pub who had offered him his old job back. And then the lease on our flat in London was up and we had the choice of renewing it for another year or finding somewhere else.

When we looked at the kind of property we could rent in Chester for the same price as our flat in London, well that was the clincher.

And now here we are.

In 2015 we bought an old house that was a complete wreck and in need of a full restoration project. The house was completely gutted and we started again from scratch and now we have a lovely little house next to a river in a beautiful village. 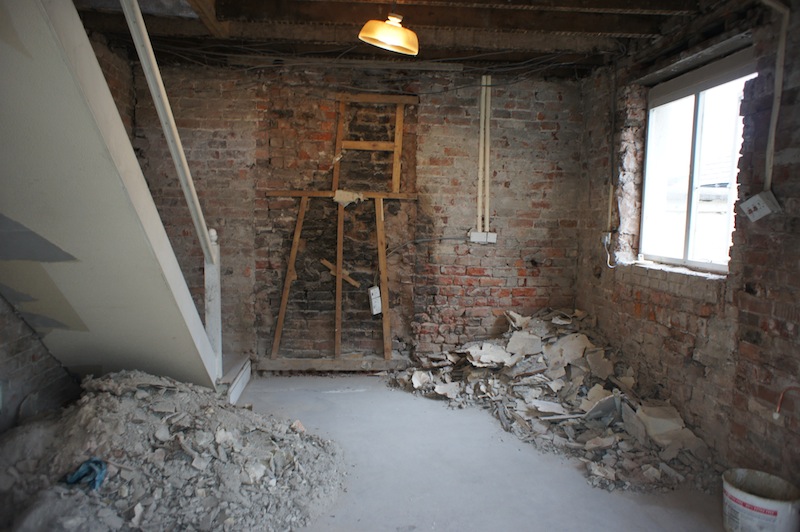 ^ This is now my kitchen! 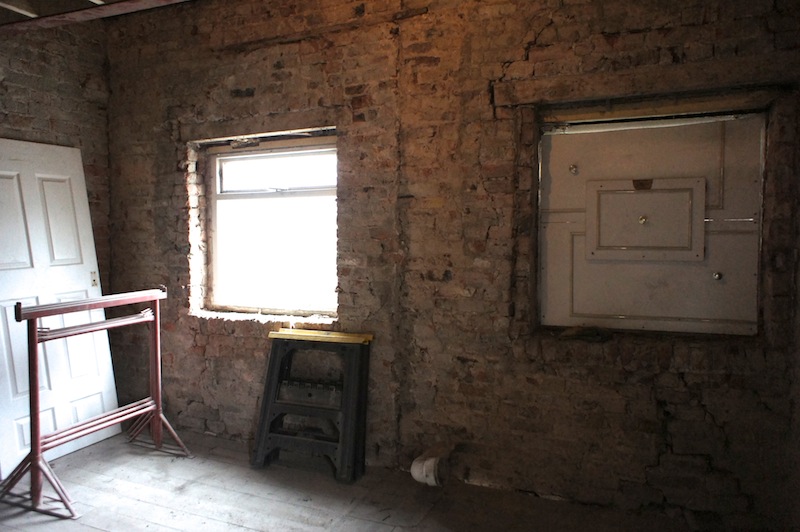 ^ And this is now George’s bedroom and the family bathroom!

When we first moved back to this area I will admit that I was bored. There wasn’t a lot to do in comparison to London and I found the pace of life so slow and repetitive. I felt like I was stuck in Groundhog Day and for a few months I wondered if we’d made the right decision. But I was still travelling a lot and I did enjoy the balance of crazy trips abroad and then coming home to this quiet village to recharge before the next adventure.

It wasn’t really until George was born that I knew we’d 100% made the right decision to move back. Having family close by has been amazing and the slow pace of village life works perfectly with little kids. I now love walking through the village and knowing almost everyone. I love going to the park and knowing all the mums and kids there and taking an hour to do the school run because I’ll stop and have a chat with everyone along the way.

I really love being part of a community and that’s something you just don’t get in London and something that becomes more and more important to me as I get older. I still enjoy the fact that I balance this slow life with frequent travels and I think I would struggle with it if I didn’t go away a lot but, for now, it works perfectly!

The house renovation project: 8 months on….

A sneaky peak at my new house – Looking at this now and I can’t believe we ever bought it! It was awful!