I visited Dominica last year and I feel like I haven’t shown this gorgeous little island enough love. Seriously, I can’t even begin to tell you how much I loved my time there. It’s a Caribbean island for adventurous people, what’s not to love about that!?

So today I’m going to tell you about all the adventurous activities you can try in Dominica.

If you don’t know much about Dominica, scroll to the bottom and you’ll see all of my previous blog posts about the island. Before I visited, I knew nothing about Dominica and it’s often confused with the Dominican Republic but this is a Caribbean island with a big difference!

If you’re expecting a lazy getaway punctuated by sunbathing spells on the beach and tranquil sessions in the spa, Dominica is ready to surprise you. Of course, you can have beach and spa sessions (which I did – a lot!) but Dominica is really for intrepid, action-seeking travellers.

Dominica is often referred to as ‘The Nature Island of the Caribbean’. The island is made up from mountainous volcanic peaks, lava craters, forests, rivers, clear-blue ocean and endless walking trails. 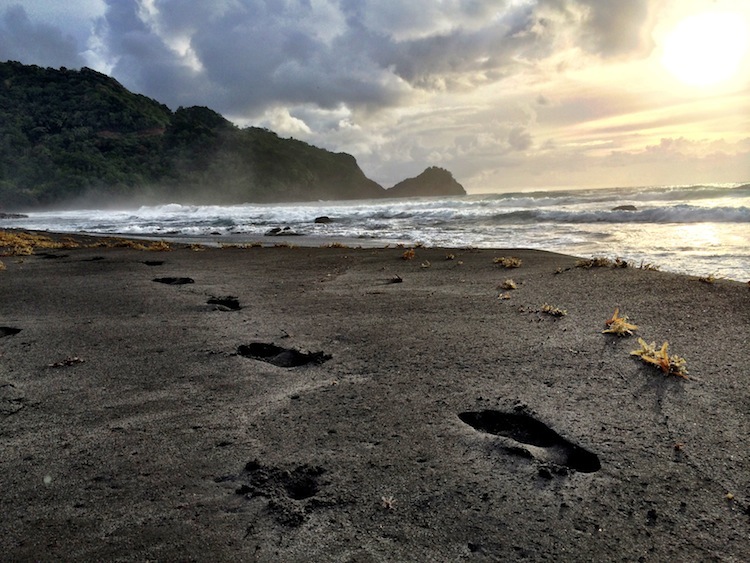 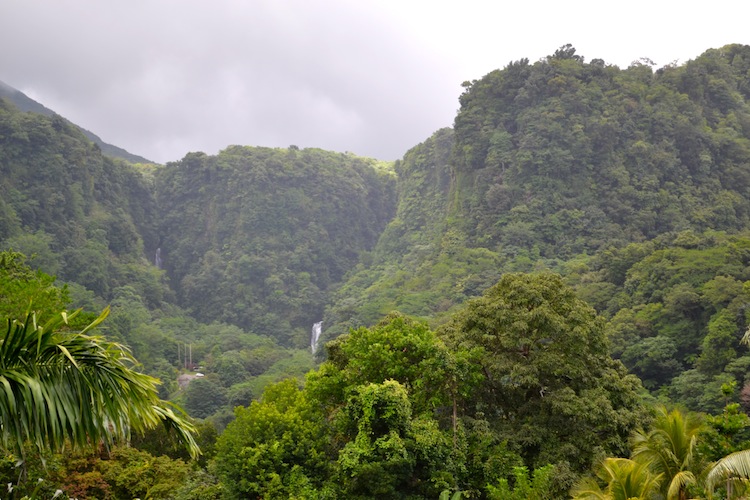 Here it is, adventurous activities to try to Dominica…

Snorkelling Champagne Reef is one of the most memorable things I did in Dominica. The world-famous snorkelling spot gets its name from the continuous stream of bubbles triggered by underwater volcanic vents, creating the illusion that you’re in fact swimming around in a giant glass of bubbly. The reef provides a home for numerous species of coral and fish so when you’re not amazed by the bubbles there’s a lot to look at! 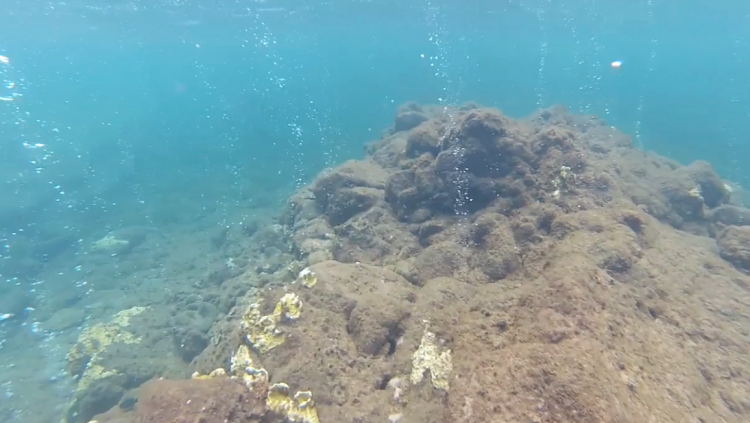 This beautiful little village located on the south-west corner of Dominica is a vibrant place, but it is the underwater offerings that draw people in. The bay boasts a 160-metre deep plunge in the form of an ancient volcano crater, today lined with coral rather than filled with lava. You’re even likely to spot angelfish, lobsters and a turtle or two.

Hike up to Boiling Lake

I was gutted I didn’t have the chance to do this walk because everyone I met in Dominica was raving about it.

Hiking up to Boiling Lake is arguably the most remarkable walk on the island. The hike is recognised as one of the hardest in the Caribbean, but the rewards certainly outweigh the strain. You hike through rainforest, hot springs, cascading waterfalls and bubbling mud pools. You pass through the Valley of Desolation and eventually arrive at the boiling lake in question, the second largest in the world, bubbling and steaming away amid a lush landscape.

Now this is one hike I did get to do and I loved it. This moderately challenging hike takes just over a couple of hours total with a few tough sections on route, though the beautiful surrounding forest should take your mind off the challenge. The prize at the end is the beautiful plummeting falls. If you’re feeling brave you can join in with the cliff jumping or cool off in the inviting pool. 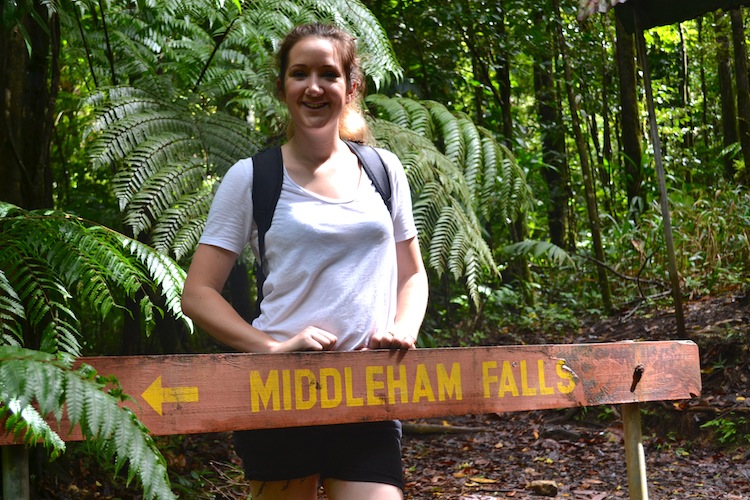 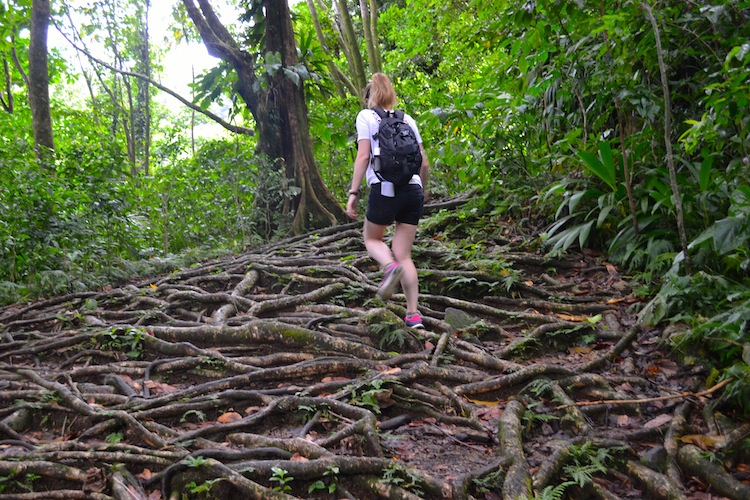 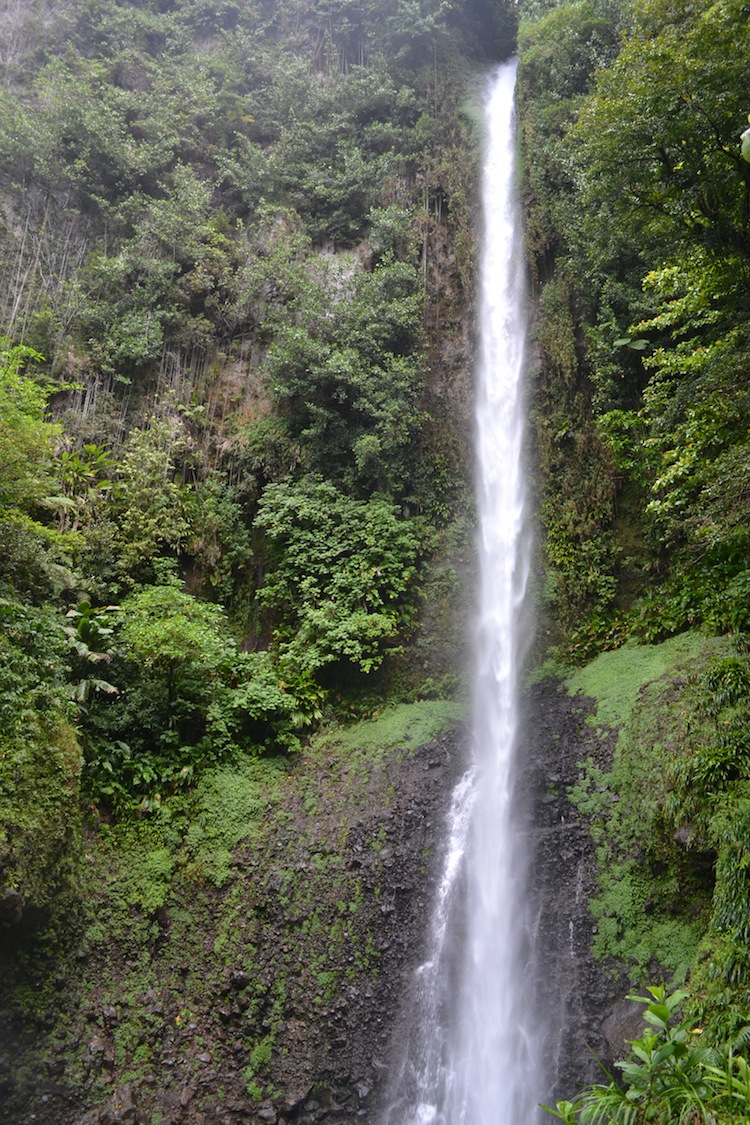 The Syndicate Nature Trail is proof that you don’t have to be a trekking mastermind to be exposed to the startling beauty of Dominica. Walking the Syndicate National Trail, or strolling if you really want to feel chilled, will allow you to encounter the best of the rainforest located in the foothills of Morne Diablotins mountain. A round-trip shouldn’t take any more than an hour, and while the walk may be short, you won’t be short on memorable sights. The area is popular for bird-watching,thanks to the 51 species of bird, including bright and colourful parrots. 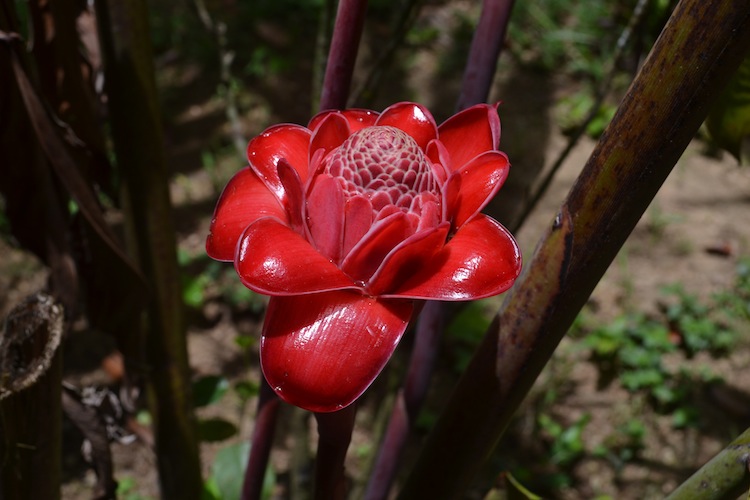 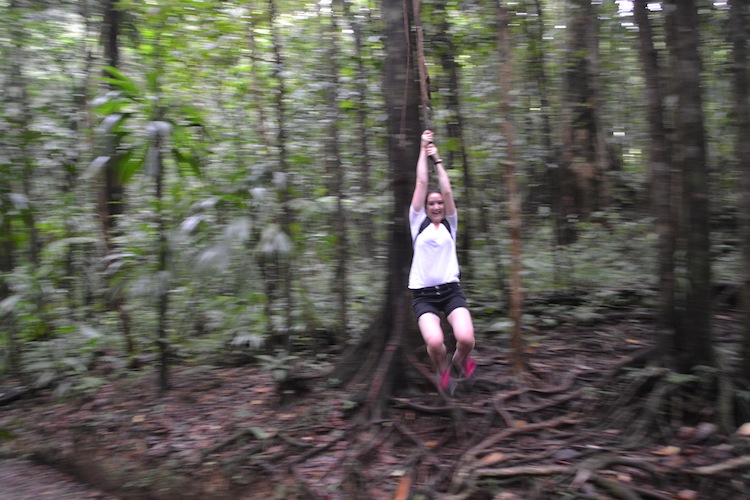 Something somewhat less strenuous but in no way less adventurous are the wildlife-spotting boat trips from the capital city, Roseau. Whale watching and dolphin watching top the list, particularly the former given that Dominica is the only country in the world where sperm whales reside year-round. Sightings are guaranteed between November and March, while hundreds of spotted and spinner dolphins are also ready to be encountered.

Dominica’s water network isn’t just limited to the ocean; the island nation has an extensive range of rivers surrounded by the jungle jungle. Hopping in a kayak or a canoe is a great way to see areas of Dominica inaccessible on foot or by vehicle. You’ll also have a peaceful and private experience amid the lush nature of the island. You can also tube down many of Dominica’s rivers, allowing you to gracefully float along towards the blue of the ocean. 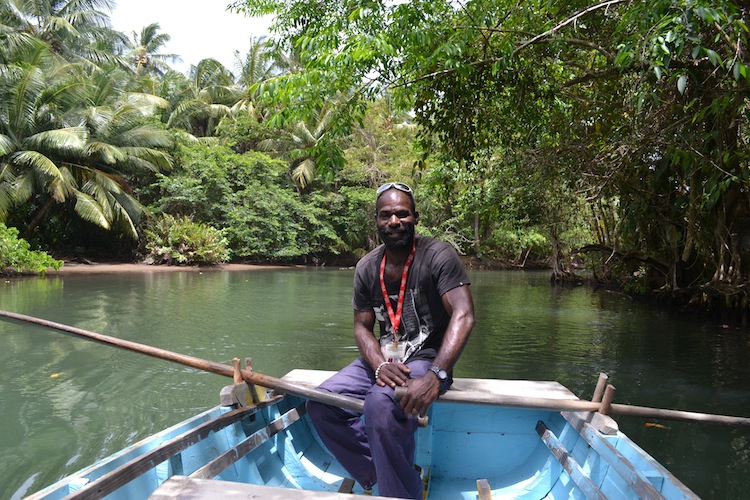 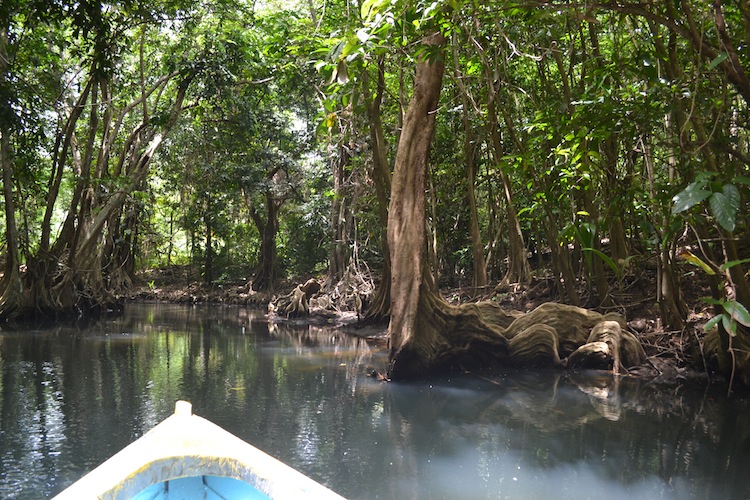 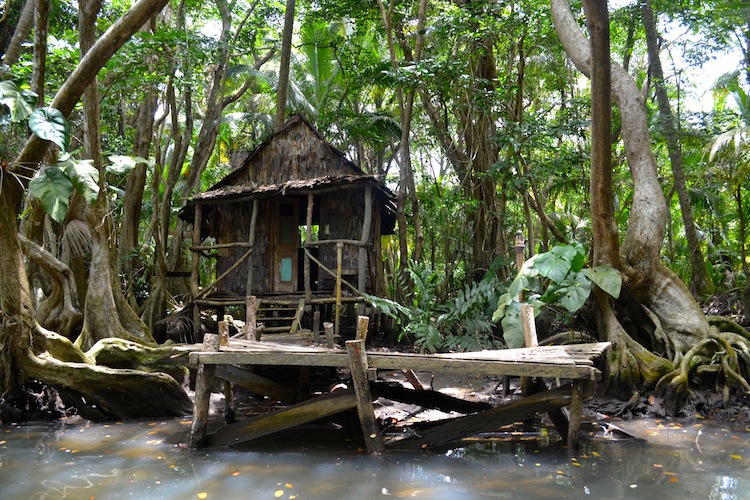 Did you know that scenes Pirates on the Caribbean – Dead Man’s Chest were filmed in Dominica. This is Calypso’s Hut found tucked away along the river.

Canyoning in the immense Titou Gorge

Titou Gorge accounts for some of the most dramatic and striking landscapes in Dominica, defined by unique rock formations and cascading waterfalls. Naturally, given the adventurous vibes of the island, the gorge has become the scene of some of the world’s most rewarding canyoning experiences. Jump off rocks into deep pools, zip along naturally-made water slides and venture into the deep, dark caves of the gorge – the only way to encounter yet another of Dominica’s treasures. 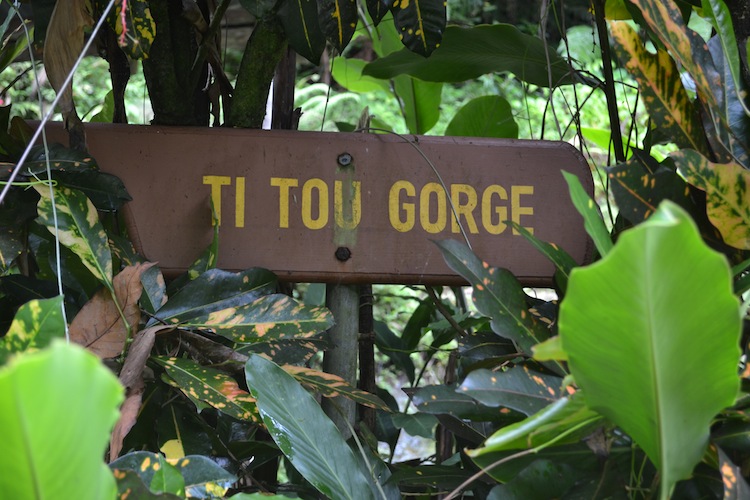 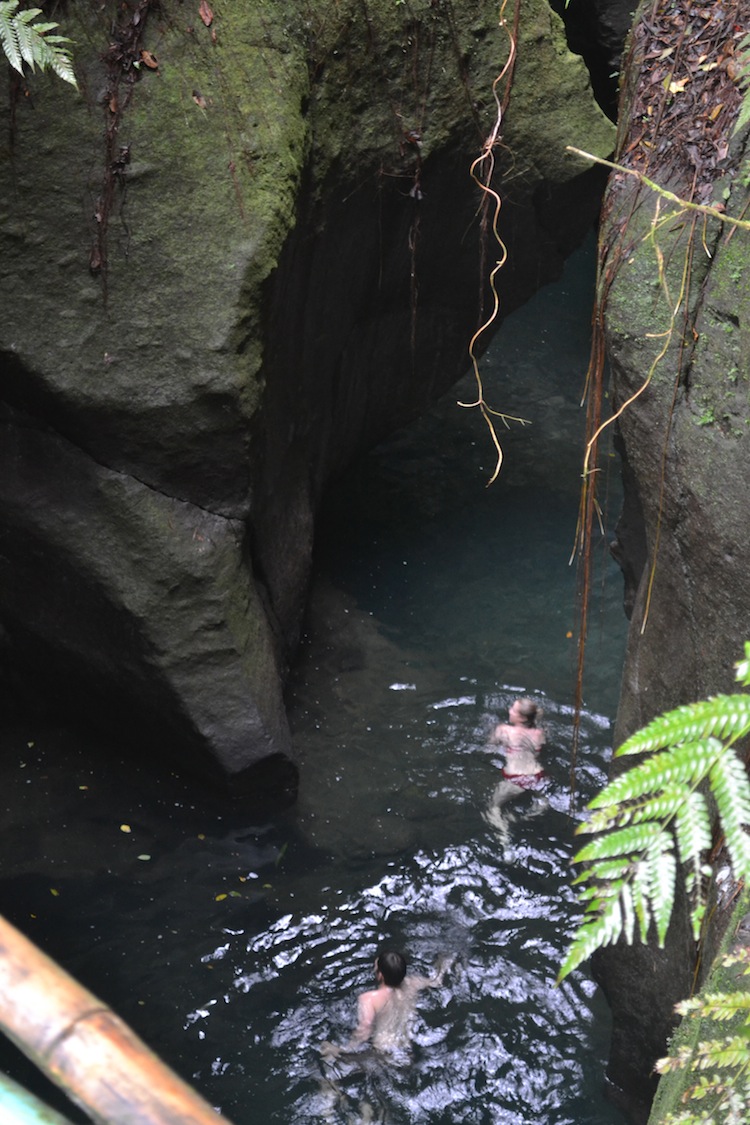 If you’re visiting Dominica and you’re not sure how to book these activities, they can usually be booked through your hotel, either before you arrive or once you get to the island. If you’re visiting on a cruise ship and just have one day, you can book the activities through the excursions team on the ship. You can also find some amazing tour guides around the ship once you’ve docked. All of the guides I had during my trip would look for work off the cruise ships during the busy cruising season.

Where to stay in Dominica – 5 amazing options 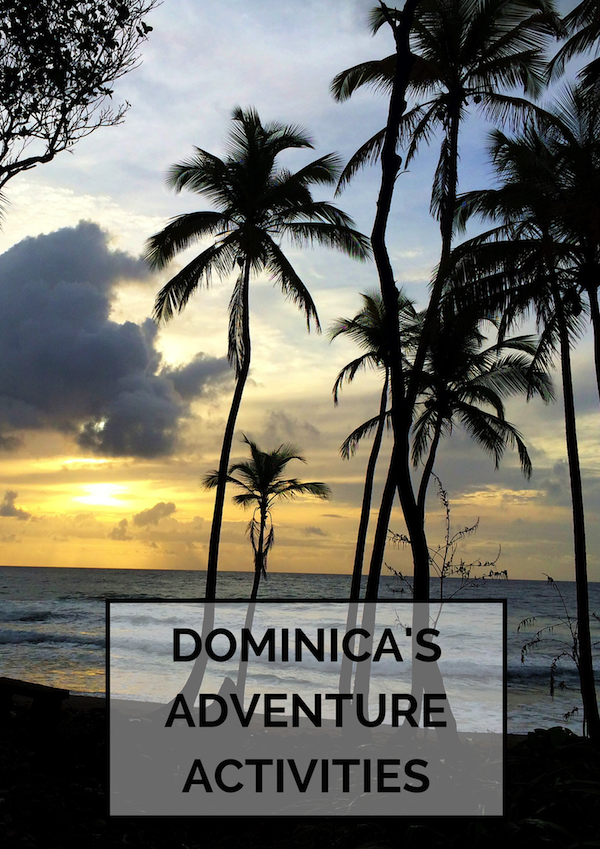 […] for its beaches, it is known for is lush jungles and beautiful waterfalls. Dominca also offers an array of adventurous activities as suggested by Monica of The Travel Hack. We like that much of their tourism industry is focused […]

Wow, what an adventure, all looks incredible, love that shot of you, you are glowing x

Thanks for this! We are hitting St. John in June and we are so excited. I love the Carribean and have been to several islands. I have never even considered Dominica until i read this post. Some good friends of ours are going there in July--I'll show them this post!

Such an eye catching photos, want to go right now there. This place has everything from waterfall to sea, trekking, scuba diving, jungles, and park. I just love to go there again and again. Thanks for showing these lovely photos.

Middleham Falls look incredible, imagine peering down from the top yikes! What would you say would be your favourite activity? Or is it too hard to decide?? :)