If I mention an island escape you’re probably going to be thinking of idyllic Caribbean beaches with white sands and swaying palms. Yes, these are gorgeous but don’t dismiss the islands we have on our very own doorstep here in Britain. You’d be pressed to find an array of islands anywhere in the world that are as diverse and dramatic as those found around our coast.

There are over 800 islands around Britain’s coastline (yes, really!) and each has it’s own character and personality. Maybe you’re looking for ancient history, wildlife or stunning natural landscapes or maybe it’s just to escape the hustle of city life and relax on an island that feels a million miles from home.

Found 28 miles to the west of Land’s End, the Isle of Scilly is an archipelago of 100 islands. Only five of these islands are inhabited, the most populated of which is St. Mary’s. The Scilly’s are a welcome escape from the fast pace of the UK mainland and if you’re lucky enough with the weather you really will feel like you’re in the Caribbean.

The soft white sand, clear waters and warm weather make it one of my favourite places in the UK. The most popular activities on the island include birdwatching, walking and paying a visit to the incredible Abbey Gardens on Tresco to see its 5,000 or so exotic plants.

Check out my blog posts from the Isles of Scilly here. 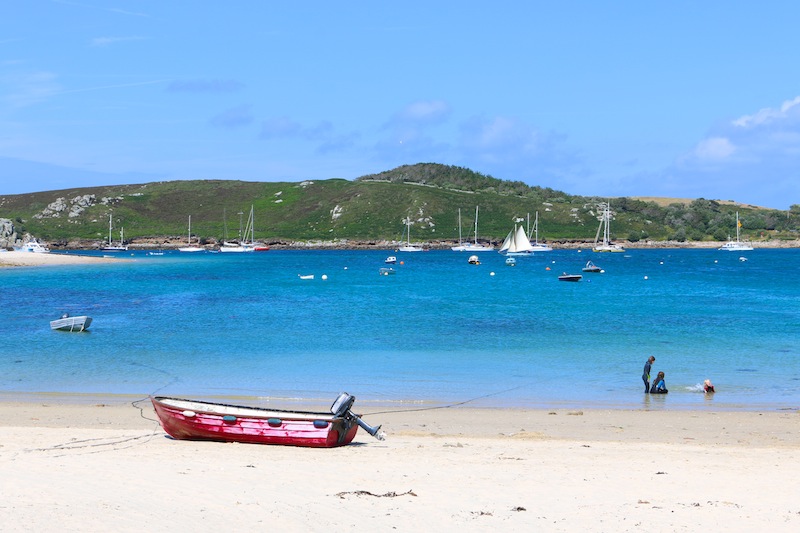 Situated beside the north-western coast of Wales, Anglesey is home to castles, impressive houses and an exciting outdoor adventure scene. The island is best known for its beaches which provide the main attraction. Rugged cliffs sprawl across the coastline, punctuated by the occasional sandy beach from where kayaking and boat trips can be enjoyed. The island also boasts an Area of Outstanding Natural Beauty which spreads along the coastline, inhabited by the likes of grey seals and choughs.

Travel Hack Tip: If you’re looking for somewhere to stay in Anglesey, check out this gorgeous holiday cottage, The Water Tower from Sykes Cottages. It costs less than £350 for 4 people for a whole week and would make the perfect getaway retreat. 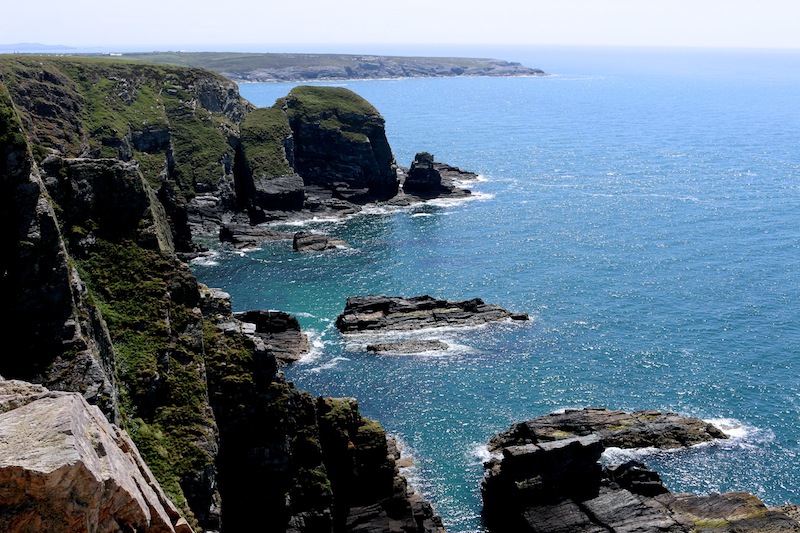 Located off of the north-eastern tip of Scotland amid a rugged and wild environment, these 70 islands are shrouded in legend and history. The largest island in the Orkneys, Mainland, is famed for its UNESCO World Heritage Site Neolithic structures. Among the most famous of these 5,500-year-old structures includes Maeshowe, an incredible chambered tomb, and the Ring of Brodgar, a stone circle consisting of 27 standing stones. 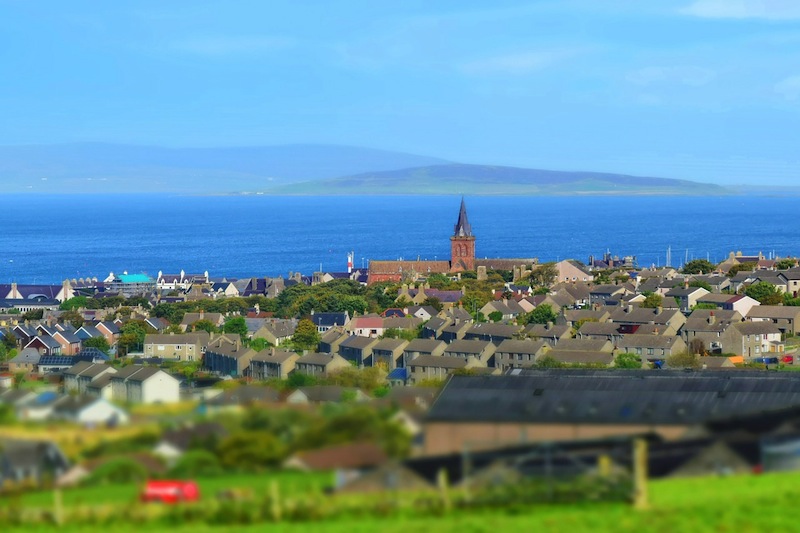 The largest and most northerly of the Inner Hebrides, Isle of Skye is renowned for its proud Gaelic heritage, spectacular scenery and incredibly abundant wildlife. The island is accessible by car over the Skye Bridge or by ferry – making it an easy island to get to. Visitors flock to the island to go walking and climbing in the breath-taking Cuillin Mountains at the centre of the island. Wildlife lovers will also find a haven in the island, with sea eagles and red deer among the most famous of Skye’s inhabitants.

Check out this gorgeous blog post by Twins That Travel from their trip to the Isle of Skye. It looks so beautiful! 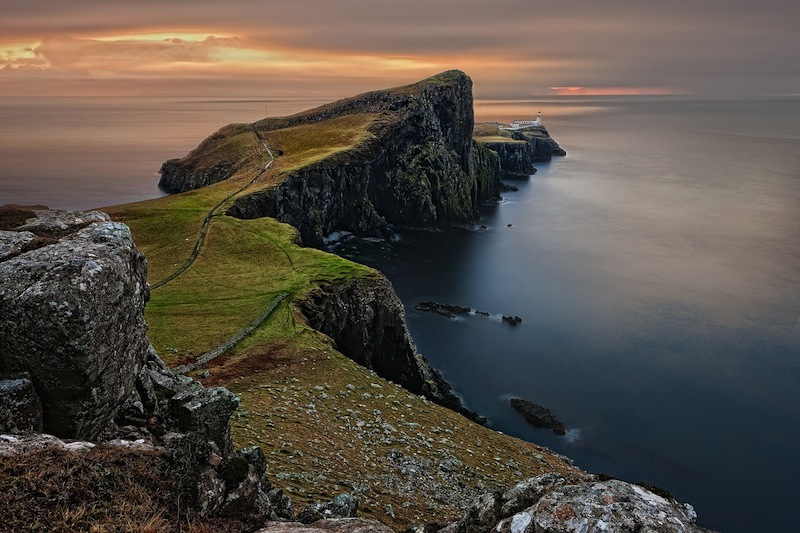 A popular and easily accessible island in south-western Scotland, the Isle of Arran is often described as ‘Scotland in Miniature’. The north of the island known for its mountains and lochs, and the south of the island renowned for rolling hills and woodland. Like many of Scotland’s islands, legend and myth are entwined within the story of Arran, with lots of ancient sites such as Machrie Moor Standing Stones showcasing a long and intriguing history. 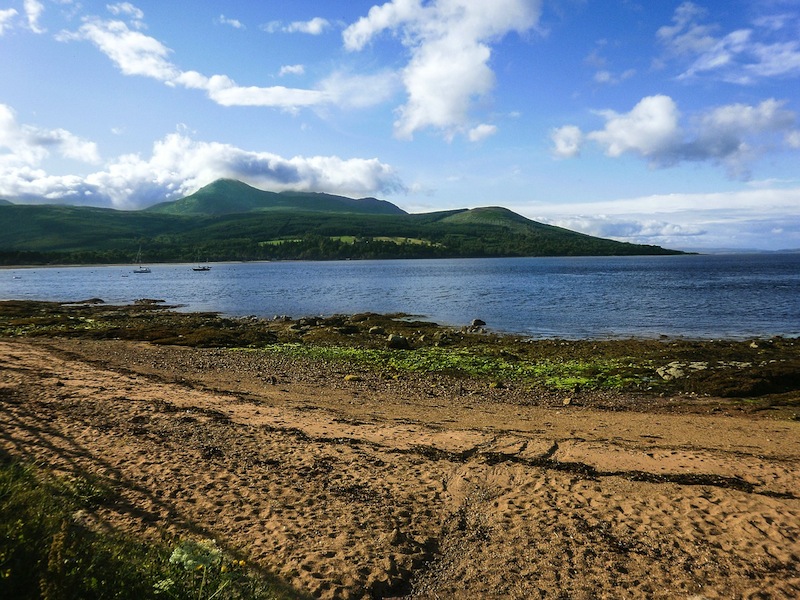 Among the most mystical locations in Britain, the tidal island of Lindisfarne, often referred to as Holy Island, is just off the coast of Northumberland and is linked to the mainland by a causeway. The island is recognised as the birthplace of Christianity in England, yet today is  more famous for its grey seals and migrating birds. Much of Lindisfarne is now designated a national nature reserve and the sight of the island’s crag-top castle will certainly evoke a sense of historical significance. 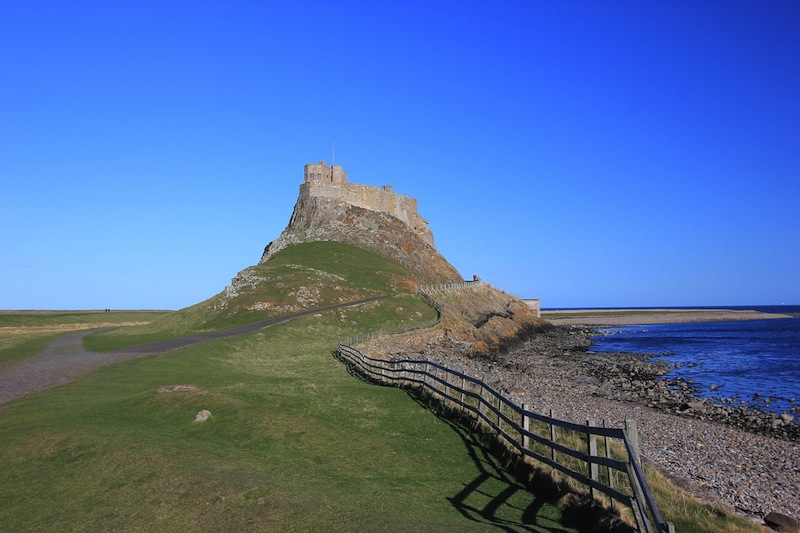 Jersey was recently voted Britain’s number one island by Tripadvisor’s 2016 Travellers’ Choice Awards and there’s no denying the beauty of the island known for its castles, coastline and cows. From exploring Gorey Castle and the Jersey War Tunnels to enjoying Durrell Wildlife Park and kayaking off of St. Brelade’s Bay Beach; history, action and adventure come in great supply across the island. 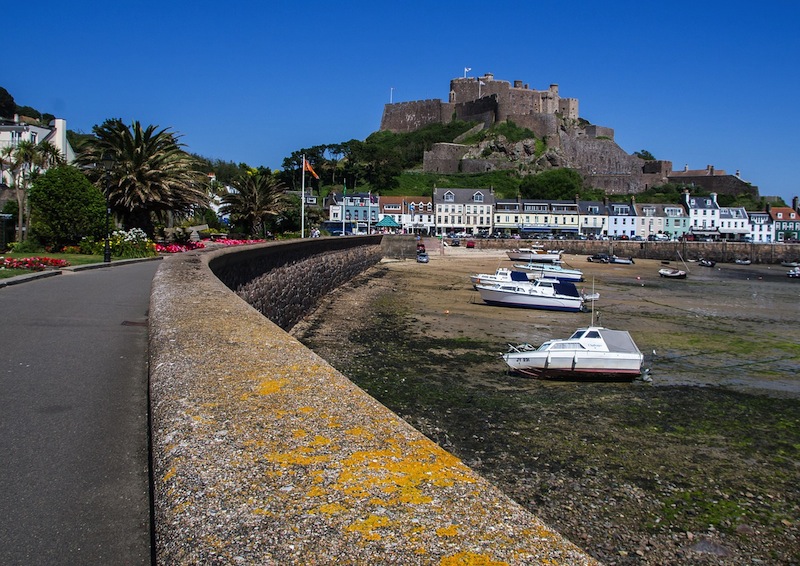 Located more or less at the geographical heart of Britain, the Isle of Man is well known for its iconic TT motorbike race which draws bucket loads of visitors during the month of June every year. Beyond the engines and adrenaline, the Isle of Man is a picturesque and serene island, defined by rolling hills and sedate beaches. Celtic, Viking and maritime heritage play a big part in the island’s identity, as does marine life, with the likes of grey seals, bottlenose dolphins and whales regularly spotted in and around the waters off of the island. 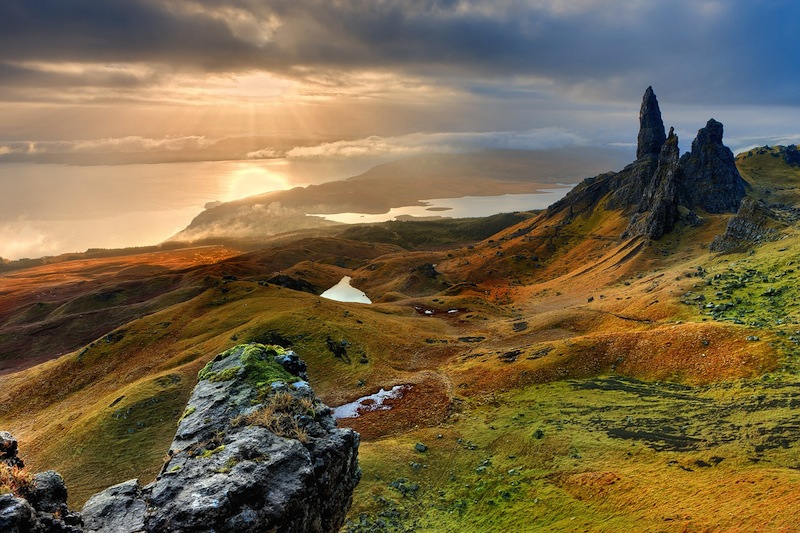 Brownsea Island is a small island located in Poole Harbour which is owned by the National Trust and easily accessed by ferry from Poole Quay. In a nutshell, the island is famous for two things, Scouts and squirrels! The island is the home of the Scouts which formed back in the early 1900s. Wildlife plays an important role in the identity of the island, functioning as one of the few places in southern England where indigenous red squirrels have survived, as well as being home to a large heronry. 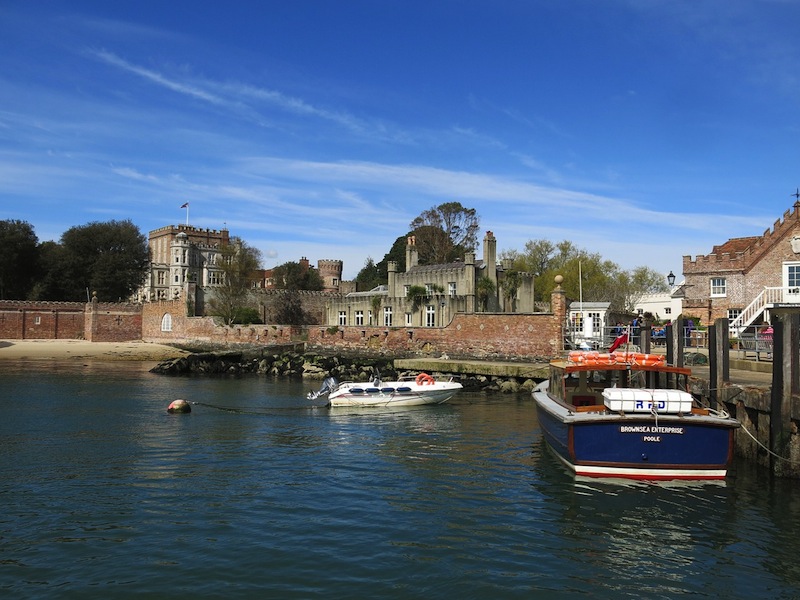 Reached by car ferry from Southampton, Portsmouth and Lymington on England’s south coast, the Isle of Wight is among the most accessible islands in Britain, welcoming over two million visitors every year. Cycling and walking is the best way to explore the island, half of which is designated as an Area of Outstanding Natural Beauty. Famous sites include Needles, Queen Victoria’s home, Osborne House, and Carisbrooke Castle. The island is also renowned for its sailing regattas and music festivals meaning there’s never a dull day on the Isle of Wight. 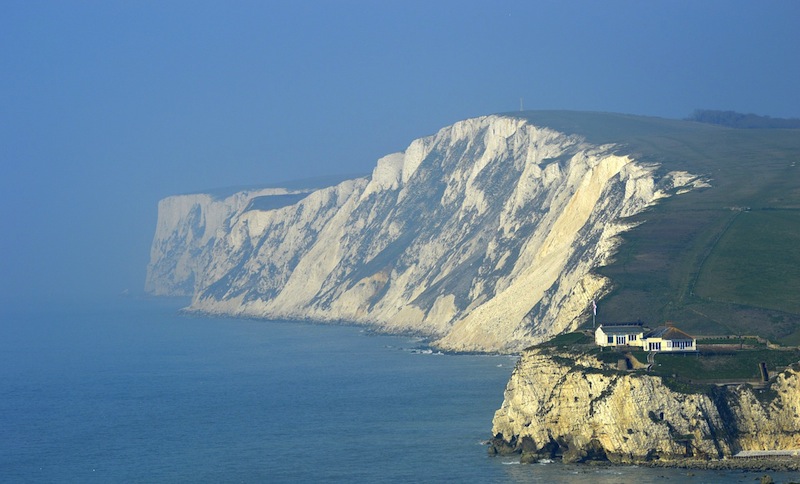 Which of these islands would you most like to visit? 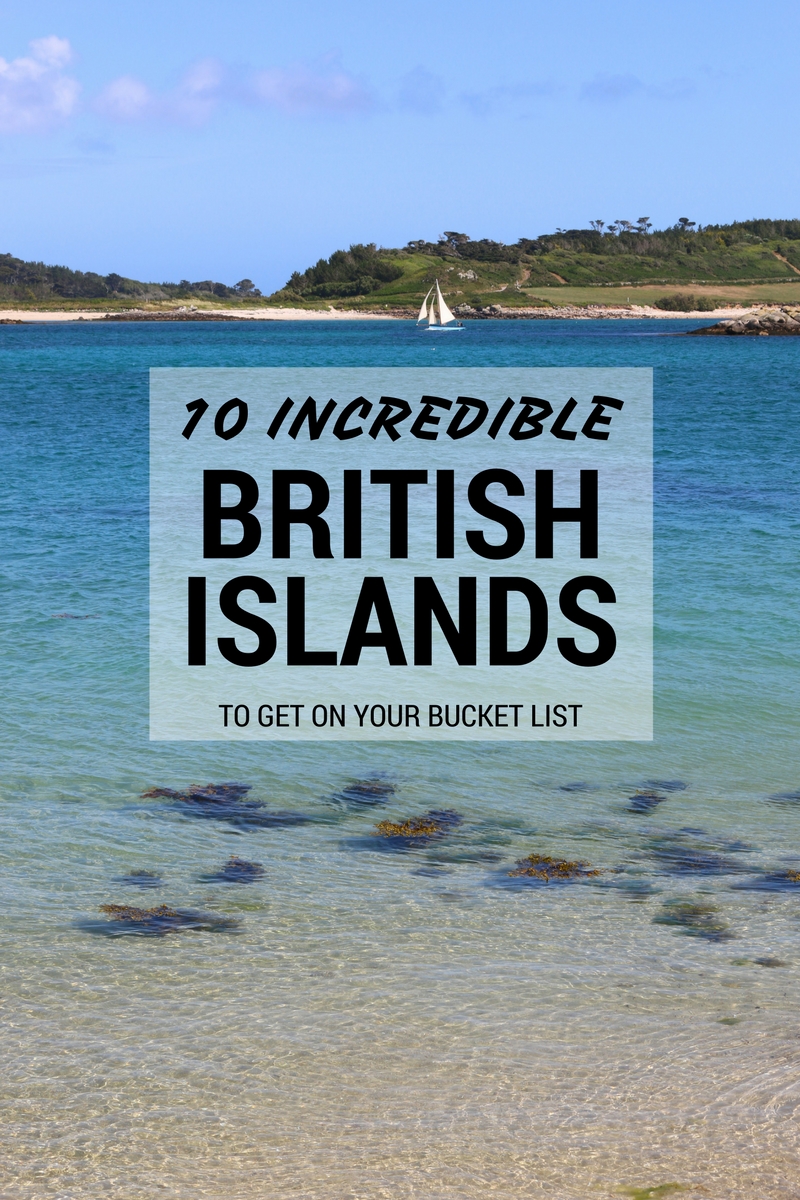 8 places for a weekend break in the south of England

3 incredible islands you need to visit in Scotland

The perfect itinerary for a weekend in Northern Ireland

Check out all our Weekenders posts here

I moved in London this summer and I have so many places to visit. These are very beautiful places. Thank you for the amazing article.

We went to Jersey very recently for our wedding annivrsary, I always enjoy visiting there. The Isle of Skye is one place that I'm very keen to visit

Wow, stunning picture of the Isle Of Man!! I really need to get to Skye ASAP, I can't believe I've never been there when it's my own country. Pleased to see Orkney is on your list as that's where I'm from, it seems to be a destination bloggers overlook when it comes to Scottish isles!

I've just got back from a weekend of doing my pop up restaurant on Tresco on the Isles of Scilly - utter bliss and incredible produce to cook with :)